Vespa, an Italian brand of scooters under the Piaggio Group (Piaggio, Vespa, Gilera), has returned to the country as the company opened its showroom in Bonifacio Global City, Taguig. The showroom is located on 5th Avenue, Bonifacio Global City in Taguig, between the Mini and Rolls-Royce showrooms, both members of the AutoHub Group of Companies.

The event was opened by the president of Autohub Group and British Bespoke Automobiles, Mr. Willy Tee Ten.

During the opening ceremony, Vespa Scooters Philippines (VSP) presented some of its products such as the Primavera and Sprint., both inspired by the historic 946 model. Guests also got to try the said Vespa scooters around the De Jesus Oval, just a short walk away from the showroom. 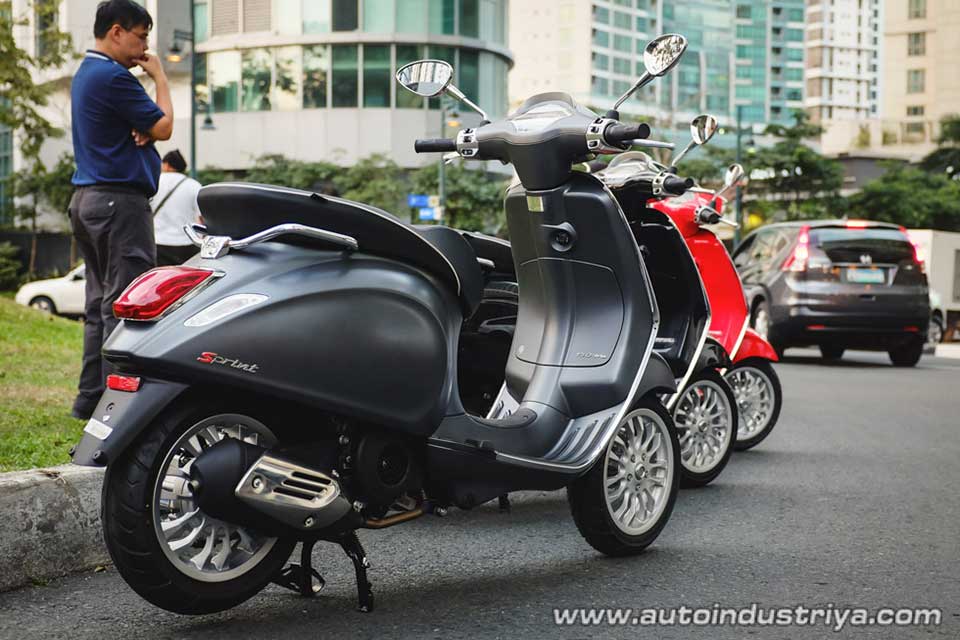 The scooter is fitted with LED lights that are large and leave space for the front shield. The handlebars have been inserted in true “cuffs” which, thanks to the chrome-plating, seem to be separated from the rest of the body. 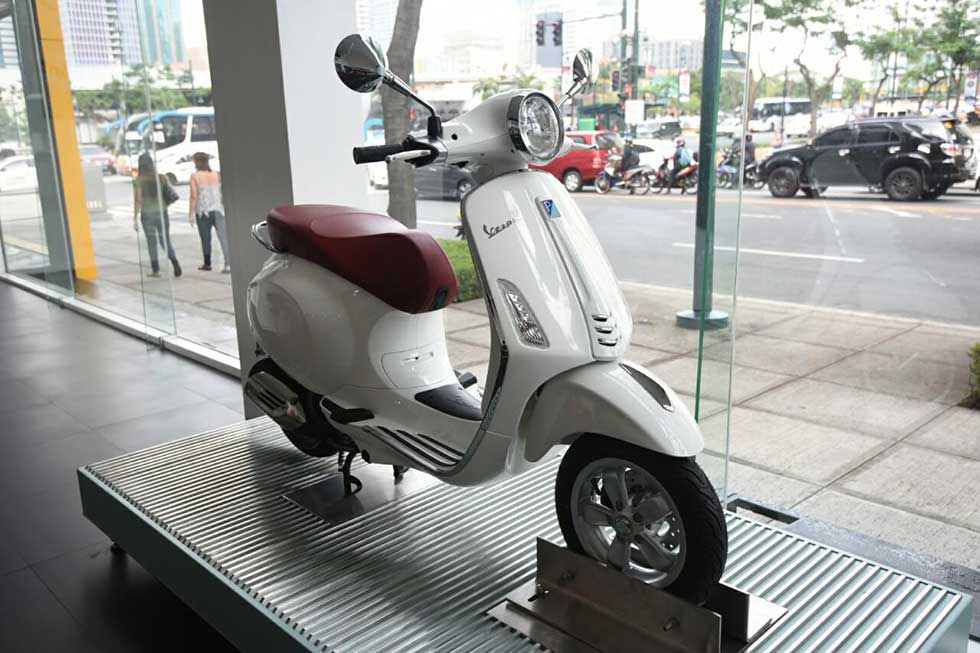 The Primavera also has a pointed and tapered tail which is similar to the first prototype that inspired the name “Vespa.” In addition, the scooter sits on 11-inch alloy wheels and comes with a flat, two-seat saddle.

The heart of the Vespa Primavera 150 cc is a 4-stroke single cylinder air-cooled engine with a 3-valve (2 intake and 1 exhaust) single overhead cam and electronic fuel injection. It also comes with a CVT (Continuously Variable Transmission) that is said to reduce engine rotations when shifting gears.

Serving as a more sporty alternative to the Primavera is the Sprint, drawing its inspiration from the historic line of Vespino models from Vespa. The Spring featrues a square headlight and styling more in tune with its sporty character. It is also powere by a 150 CC 4-stroke 3-valve single cylinder engine, paired with a CVT.

Tee Ten assured that there will be more Piaggio Group models to arrive soon. For now, Filipino scooter fans will have to contend themselves with the two Vespa models. Besides these, the showroom also offers accessories for the scooters, as well as lifestyle products and apparel.

Vespa's return to AutoHub, under the new name Vespa Scooters Philippines, marks the end of a long dispute over distributorship rights that began in 2012. The AutoHub Group had initially secured rights to distribute products from all three Piaggio group brands, under the company name, MotoItalia. A rival company, GranStar Motors, had begun distributing them as well, alongside other Austrian and Italian brands. The company was plagued with controversy and allegations over exclusive distributorship rights, and non-payment of taxes and duties for the imported and completely built up units. In March 2015, Subic Bay News reported that a shipment of 112 Vespa PX150 units, consigned to GranStar Motors, were seized at the port and were undervalued by as much as 30%. Buyers of GranStar imported units had also complained of long wait times for documents and license plates for their motorcycles, some as long as 14 months.

Tee Ten and officials of the Piaggio Asia Pacific dodged questions on the issue. The group, however, did assure potential customers that VSP Vespas will be promptly provided with their registration papers and plate numbers, with no delay or complications. Parts support will also be provided for select older Vespa scooters models, depending on regional availability.