On the eve of Valentine's Day MotoItalia Philippines, Inc., distributor of Vespa motorcycles in the Philippines took the wraps off a very special scooter. The day of hearts was also a significant day in the fight against HIV/AIDS. 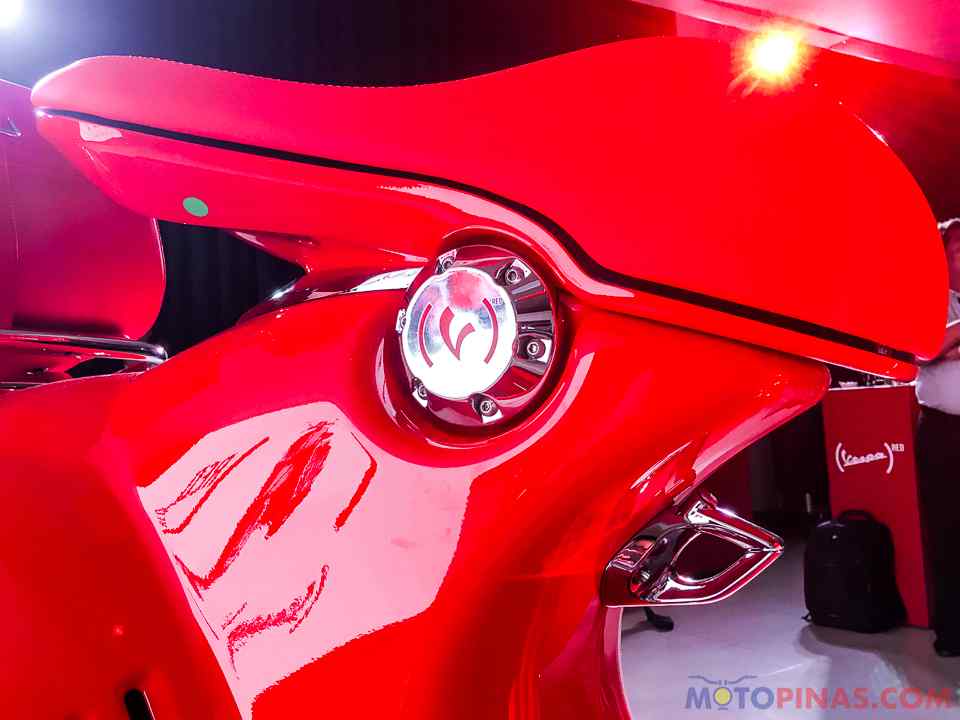 Like many limited yet enviable products bearing the Red badge, such as the Apple iPod Touch Red and Beats Red Solo3 headphones, Vespa joins the lineup of exclusive and charitable brands supporting the (Product) Red cause.

An all red Vespa 946 that was created by the Piaggio Group in partnership with (RED).  Founded in 2006 by U2’s frontman Bono and philanthropist Bobby Shriver, (RED) had already donated more than $500 million to the Global Fund to fight AIDS, Tuberculosis and Malaria. 100% of its resources had been invested in Africa and have impacted over 70 million people throughout its 12 year history. 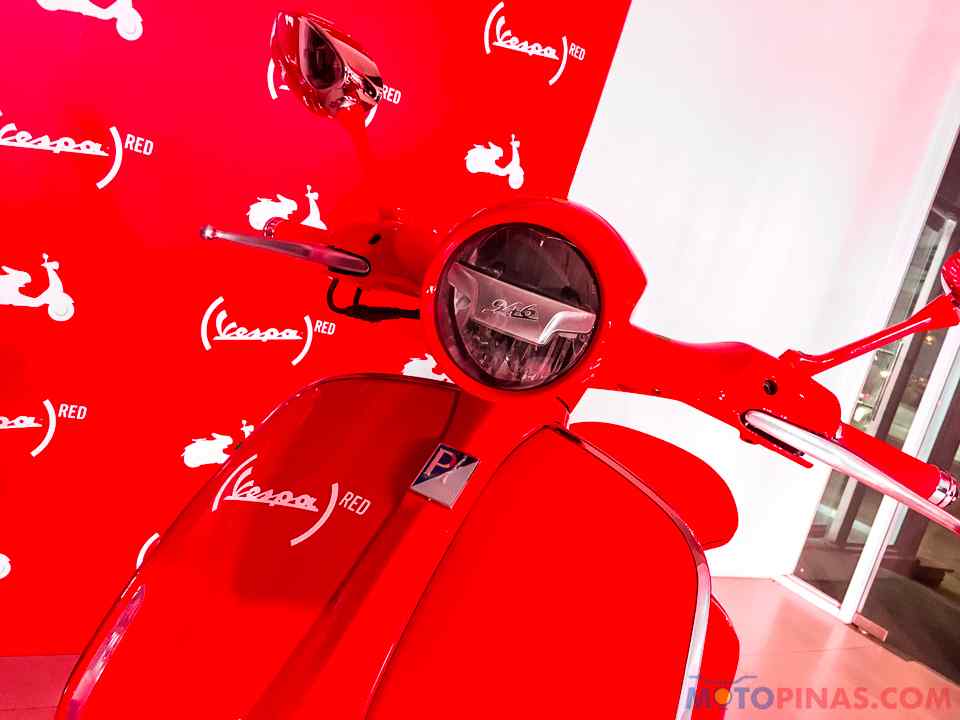 The very special Vespa 946 is inspired by the MP6 prototype that was created in 1946, hence the name. This new 946 (RED) will come powered by an air-cooled 125 cc single-cylinder, four-stroke engine with three valves and an electronic injection system that pumps out 11.7 HP. Typical 946 models use steel for the bodywork, but the 946 Red uses aluminum for aesthetic and practical purposes. The new material is molded into the mudguard and side covers to house and support the engine, transmission and various other mechanical parts. ASR traction control comes standard, along with an electronic system that prevents the rear wheel from skidding and losing grip, while providing greater traction on the road. It rolls on 12-inch aluminum alloy wheels that come with a double disc-type brake system and dual-channel ABS. 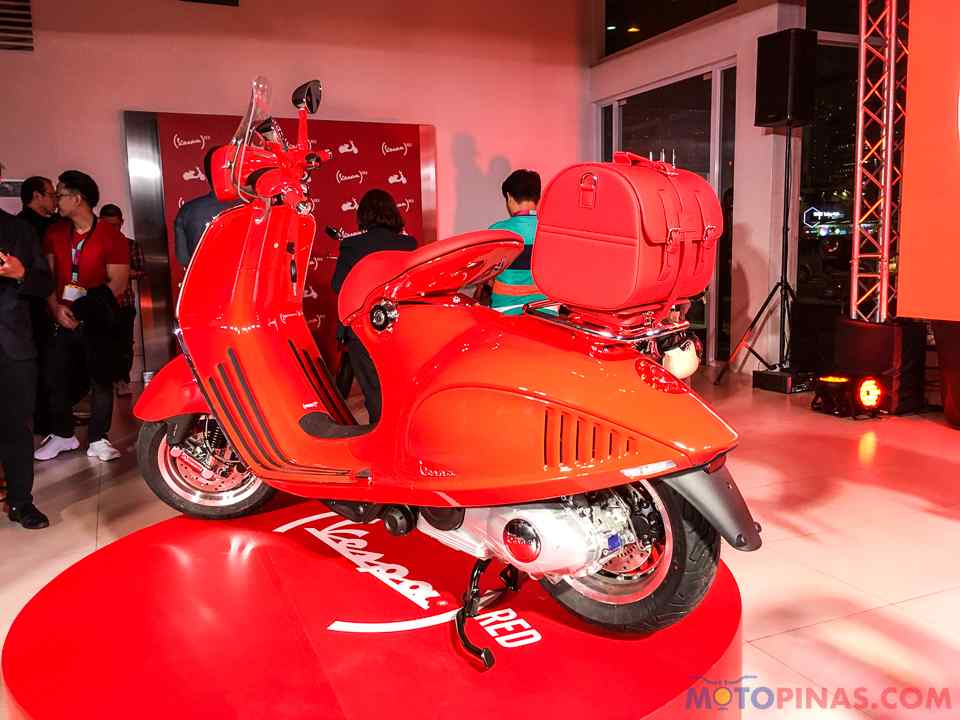 Besides the Philippines, the Vespa 946 (RED) will be sold in Europe, Asia, the Pacific Region and the U.S. For each Vespa 946 Red sold at a price tag of PhP 777,000, Vespa will donate US$150 for each unit sold to the global fund to fight AIDS, tuberculosis and malaria that is devastating countries in Africa like Ghana, Kenya, Lesotho, Rwanda, South Africa, Swaziland, Tanzania and Zambia. Each US$150 donation goes directly to the fund and not to (RED), guaranteeing over 500 days’ worth of life-saving medical treatments for HIV to help mothers infected with the virus from passing it to their unborn children.

It is also the only product in the automotive industry to have been chosen by (RED), joining the ranks of Apple, Nike, American Express, Starbucks and Coca-Cola. Vespa is no stranger when it comes to charity work. In fact, "Vespa for Children" had already launched a healthcare program for young patients affected by rare diseases at the Pediatric Hospital of Hanoi in Vietnam. 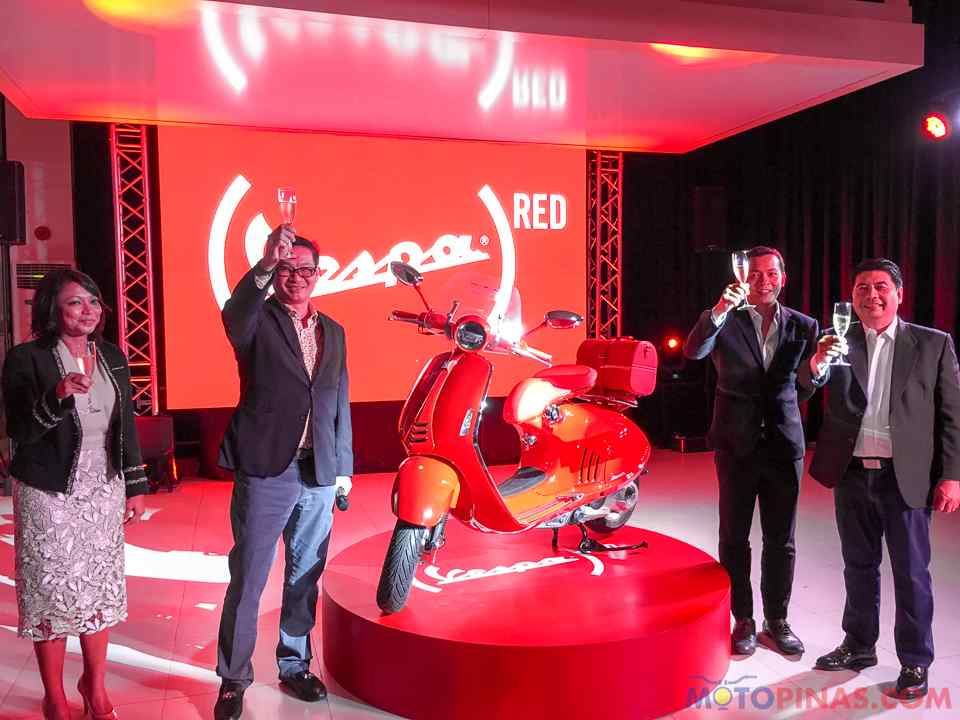 As with every single one of the 11 models of the marque, the Vespa 946 (RED) does not fall short of accessories. Should buyers wish to, they can deck themselves out with a special red helmet, t-shirt, tote bag, and this awesome two-wheeler with a red Italian-made leather bag that fits perfectly on the rear luggage rack.

KTM Philippines will hold its first Dukehana, at Circuit Makati, and open to all KTM Duke 200 and 390 riders. Kawasaki brings in the Ninja 400

Kawasaki levels up its light sport bike game with the Ninja 400.