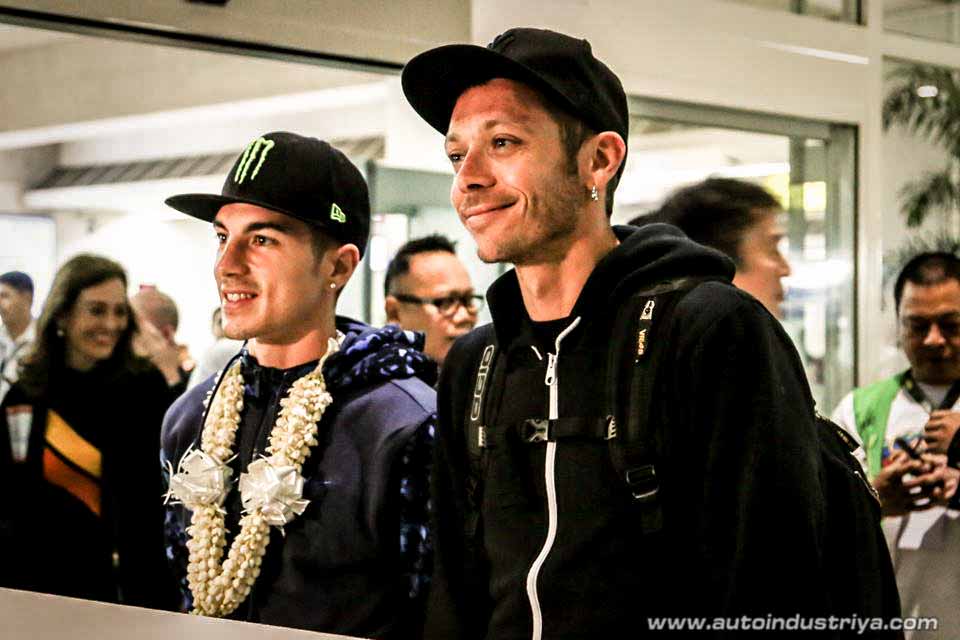 The two riders arrived in Manila from Indonesia early last Jan. 28 to meet Philippine fans and mark the start of Yamaha’s one make motorcycle racing series, the Yamaha GP. The Robinsons Novaliches Trade Hall marked the momentous occasion where Valentino “The Doctor” Rossi and Maverick “Top Gun” Viñales, were introduced for the first time as new team mates for the coming MotoGP season.

This marks Viñales’ first time in the country. The 22-year old Spaniard bagged the Moto3 Championship in 2013 and has consistently earned Rookie of the Year citations in Moto2 and MotoGP, earning for himself the “Top Gun” monicker.

The fiery 37-year old Italian, Rossi, on the other hand, needs little introduction, having competed for 15 years and earning nine world championships in the process, earning the title “The Doctor” is long overdue. 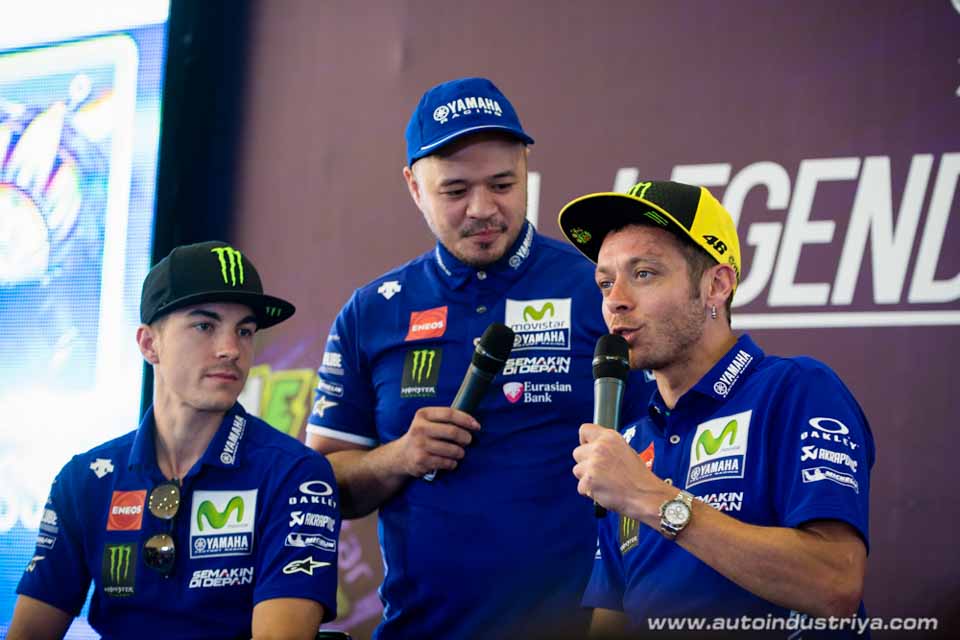 The two riders sat down for a brief press conference to discuss their plans for the coming season.

Despite securing a spot on one of MotoGp’s most competitive teams, Viñales insists achieving success in motorcycle racing is not about the best facilities or the best circumstances, but passion and determination to succeed, and that the desire to win can take you and your motorcycle anywhere. The young rookie showed excitement for the opportunity to race alongside Rossi, as well as to learn from the machinery and experience of a championship-winning team.

Rossi, on the other hand, continued to show his appreciation for the fans, looking forward to one day training a Filipino in his camp, citing that it takes patience to develop talent. He noted that it’s important for programs like the Yamaha Gran Prix to ensure growth and passion in aspiring riders. When asked about advice for the young Viñales, Rossi cheekily quipped, “Go slow.” On a more serious note, he acknowledged the sheer talent of Viñales and looked forward to working with his new partner. On a final note, Rossi revealed that his 2017 MotoGP YZR-M1 motorcycle will have a sticker of the Filipino flag for the coming season.

From the press conference, event organizers guided guests to the outdoor racetrack where the Yamaha Gran Prix — a four-leg one make race series for four classes of Yamaha motorcycles — would be held. This mark’s the series’ eighth staging, with each season serving as a venue for finding new racing talent. 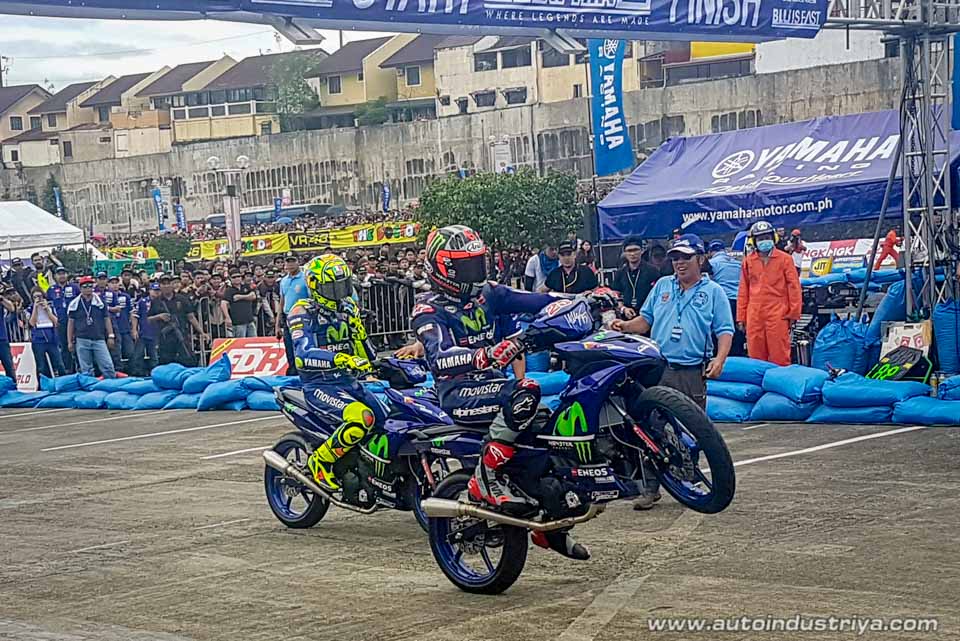 After eight laps of excitement, the pair stopped at the Start/Finish line to stand alongside Yamaha Motor Philippines President, Toru Osugi, to declare the Yamaha Gran Prix 8 officially open.

The Yamaha Gran Prix 8 heads to SM City Cebu on April 30, to Digos Sports Complex in Davao del Sur on June 4, and culminates at the Quirino Grand Stand in Manila on Sept. 3. Visit http://www.yamaha-motor.com.ph/racing/ for more details.