Kawasaki took to the stage of the Tokyo Motor Show with the goal of presenting motorcycles that continue to be fun and rewarding to control. Kawasaki’s long-standing dedication to this distinctive ride feel is the essence of the RIDEOLOGY development philosophy, first announced at the 2015 Tokyo Motor Show. 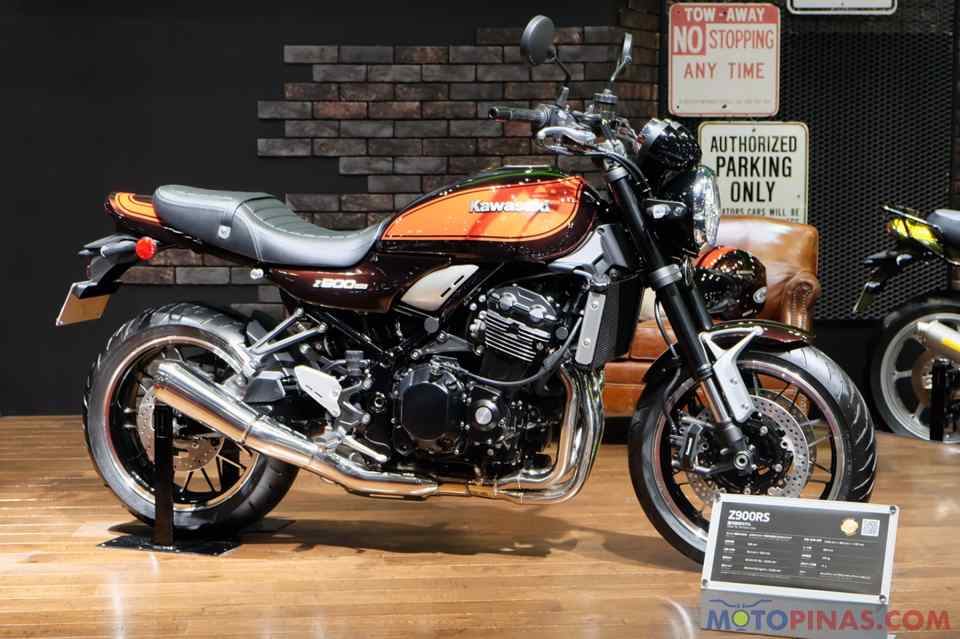 The first bike presented that embodies this philosophy was the new Z900RS. Kawasaki has consistently chosen the letter Z, being the last letter in the alphabet, to represent the most extreme. 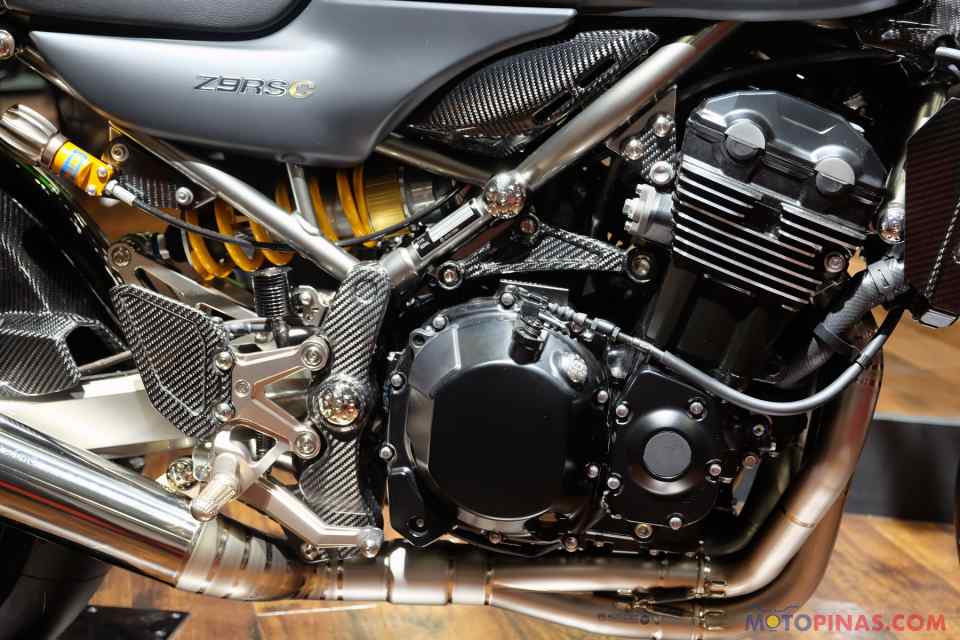 The newest Z Series model is a retro sport model, sporting a liquid-cooled 900cc inline four reminiscent of the 1971 Z1 (900 Super Four). The Z1 was the first Kawasaki to be powered by an inline four. The new Z900RS features an elegantly sculpted teardrop fuel tank that nods to the.

The Z900RS was developed using the latest available technologies. Its engine provides strong low-mid range torque, complemented by smooth power delivery that extends to the high-rpm range. It produces 110 bhp at 8,500 rpm. Max torque is at 72.53 Nm at 6,500 rpm. There is also a slip-assist clutch to reign in that power. The engine sits on an extremely lightweight frame.

Great time and effort were spent carefully choosing all of the Z900RS’ settings to ensure just the right ride feel. The initial throttle response was carefully engineered to not outpace the rider’s senses. It is also fitted with a traction control itself with two modes or can be switched off entirely. 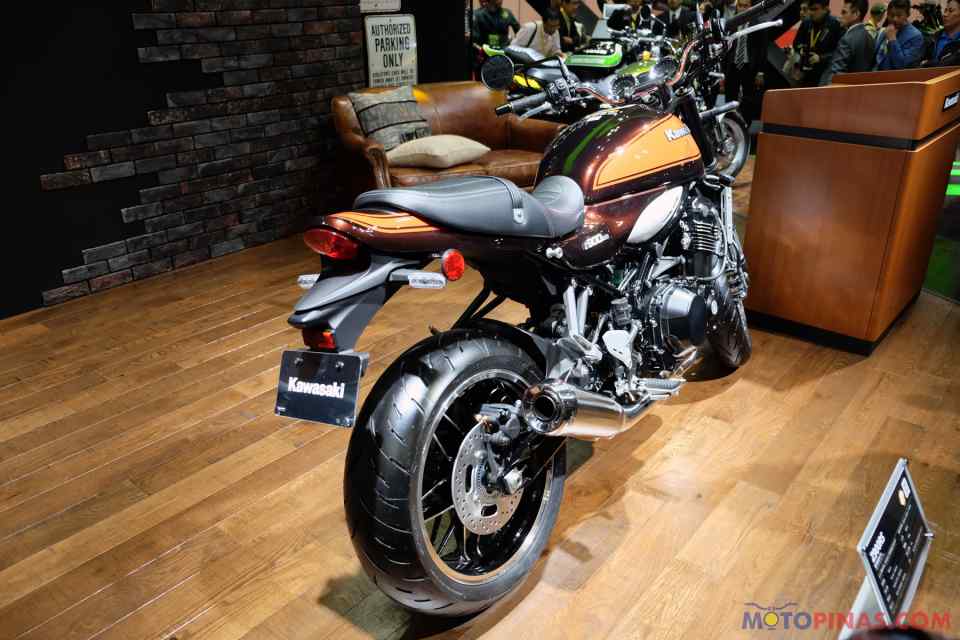 Similar attention to detail was applied in crafting the exhaust note, giving it a sound that evokes the throaty roar of the early Z models.

Brake and suspension components were sourced from supersport models. The Z900RS gets 41 mm adjustable USD forks. Behind is a monoshock, which can be adjusted for rebound and pre-load. The Z900RS gets radial-mounted brake callipers along with 300 mm twin discs. ABS is offered as optional. It all rides on 17-inch wheels, front and back.

Gleaming all of the info is done through analog gauges for speed and RPM. A modern LCD screen sits  between the two dials for additional information. This all totals to a wet weight of 215 kg. 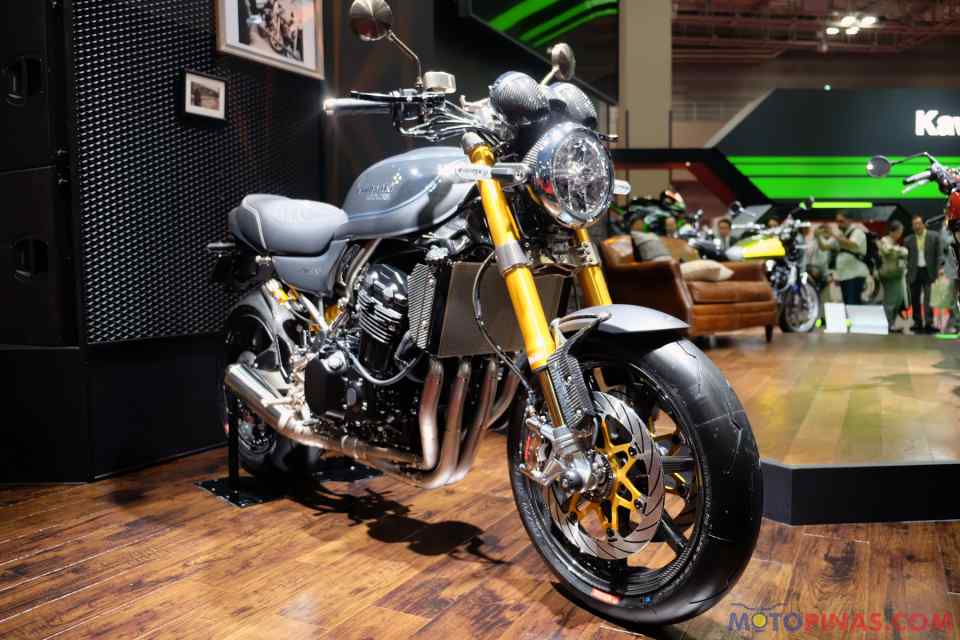 Finally, to show off its customizability, the Z900RS was presented, not only in stock form but also in modified trims. 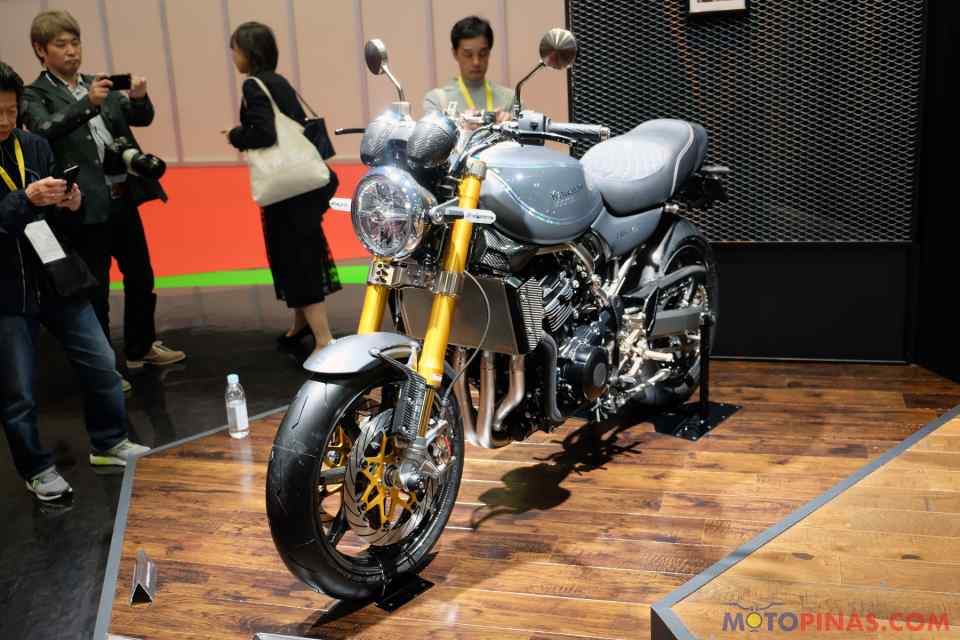 The first shows off the bike in Z9RSC trim, with carbon fiber components, BSD carbon wheels, a revised seat and gold Ohlins suspension. 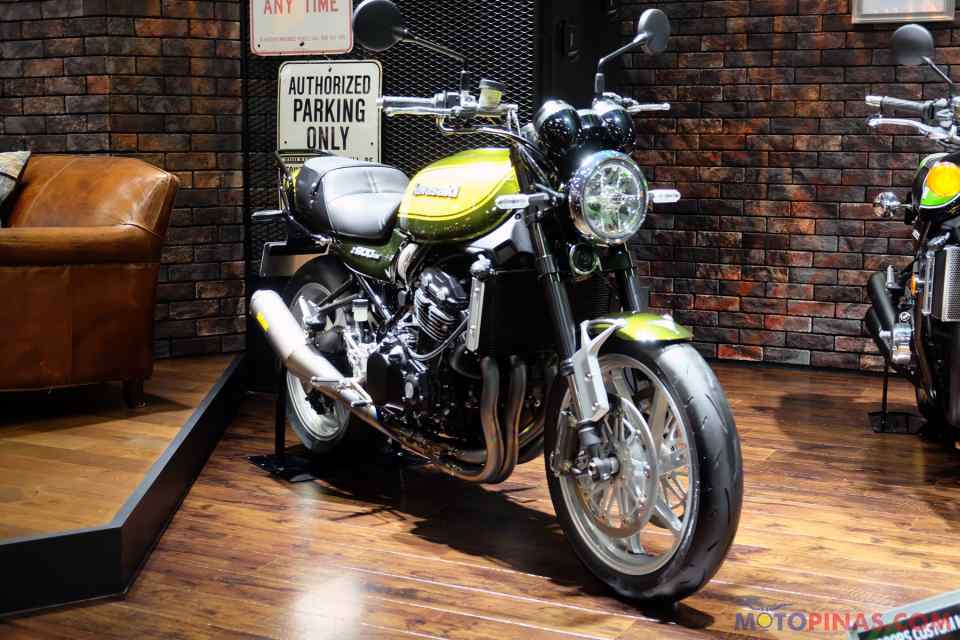 The second one was called ‘Beyond Z’, made by Kawasaki in conjunction with JB Power, a Japanese tuning specialist which also manufactures parts under the Bito R&D name. The Beyond Z was designed to be a faithful reproduction of the original tuned Z1s Bito used to produce. Beyond Z features JB Power MagTan wheels, Bito R&D billet brakes, Bito billet rear sets and a custom Bito 4-into-1 titanium exhaust. 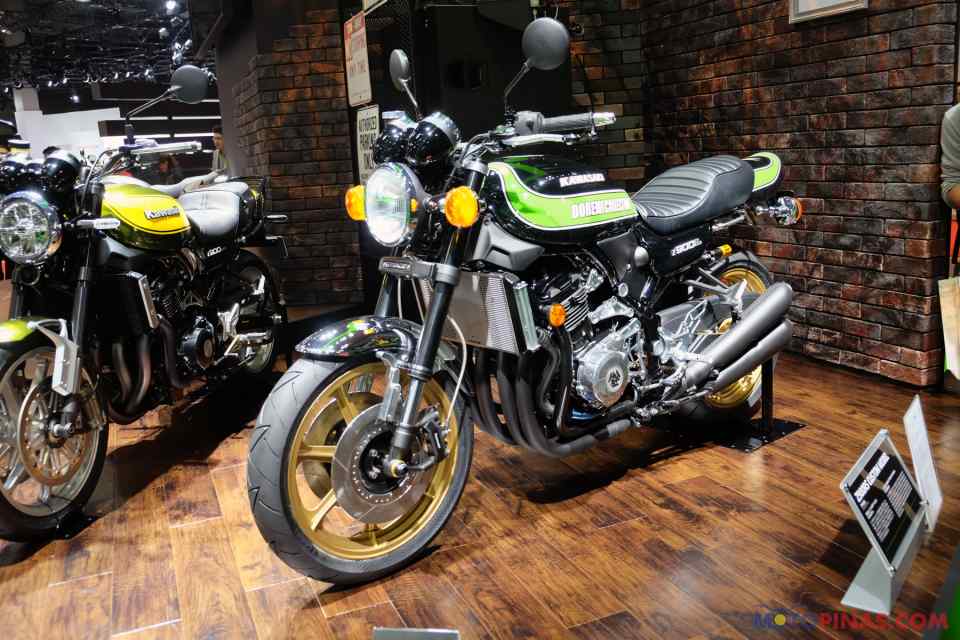 Another, in Z900RSD trim, shows it in retro style, the work of Doremi Collection. The RSD features 18-inch Campagnolo magenesium replicas on Continental Road Attack tires. The indicators have been swapped out for classic ones, as have the mudguards. It also bears a classic seam-welded 4-into-4 exhaust.

Yamaha's bike-riding humanoid, MOTOBOT, returns in its Ver.2 form as an R&D platform for innovative robotics.