Team Classic Suzuki, the British retro race team officially supported by Suzuki GB’s Vintage Parts program, has revealed its one-off 2018 GSX-R1000R. Naturally they covered it in old-school “repliginal” livery, inspired by the Suzuki GSX-R750 from the 1980s, famously ridden by the likes of Kevin Schwantz. 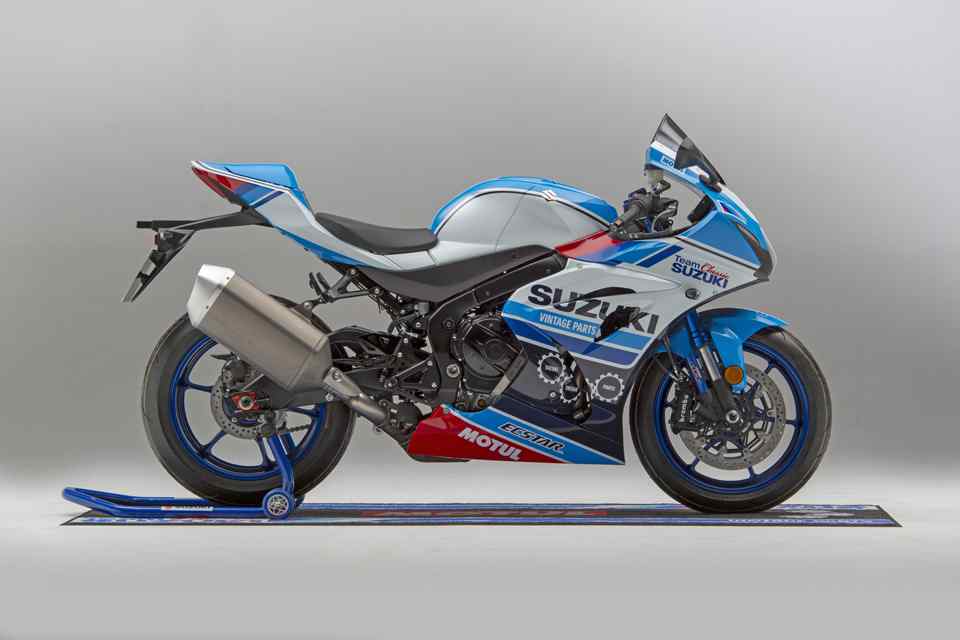 It’s a fitting tribute with the diagonal stripes, shade variations of blue, and popping red accents. The nostalgic disguise should help the all-new and high-tech superbike blend in better with the iconic motorcycles in Team Classic Suzuki’s stable. 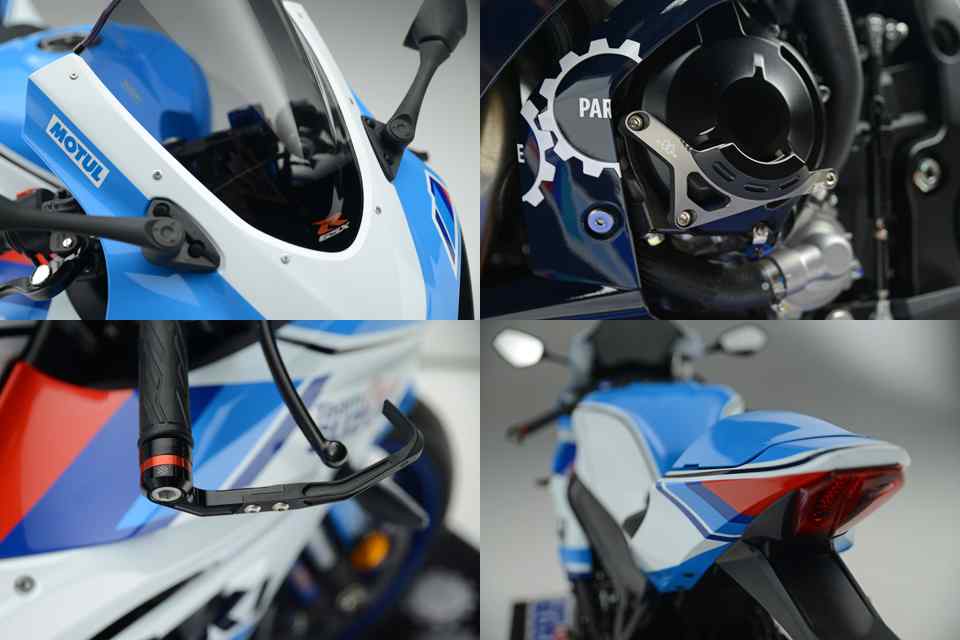 This special GSX-R1000R was outfitted with several Genuine Suzuki Accessories, including but not limited to: lever guards, engine case savers, a double bubble screen, a pillion seat cowl, a carbon frame cover, and carbon air intakes. 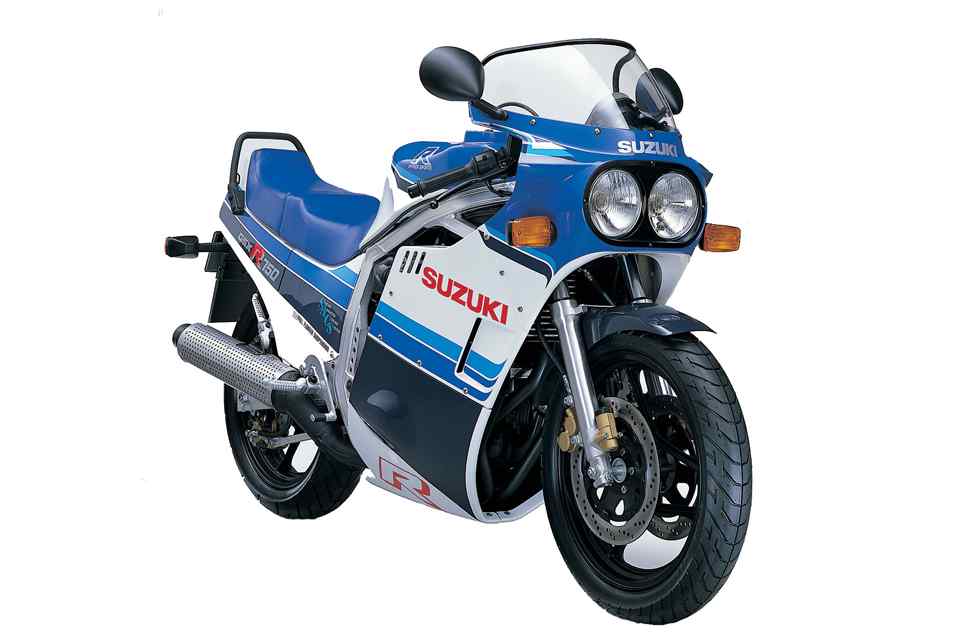 The 1985 GSX-R750 was Japan’s first production race replica, based almost entirely on the factory endurance race bike. The slab-sided, air and oil-cooled ‘80s beast was capable of producing 100 PS and weighed similarly to the 400cc bikes on the market — thanks especially to the lightweight aluminum frame (a first for a 750cc Suzuki) and the use of aluminum and magnesium in the engine. While other Japanese manufacturers had to modify their street bikes for racing, the GSX-R750 was primarily a racer with street-legal components. 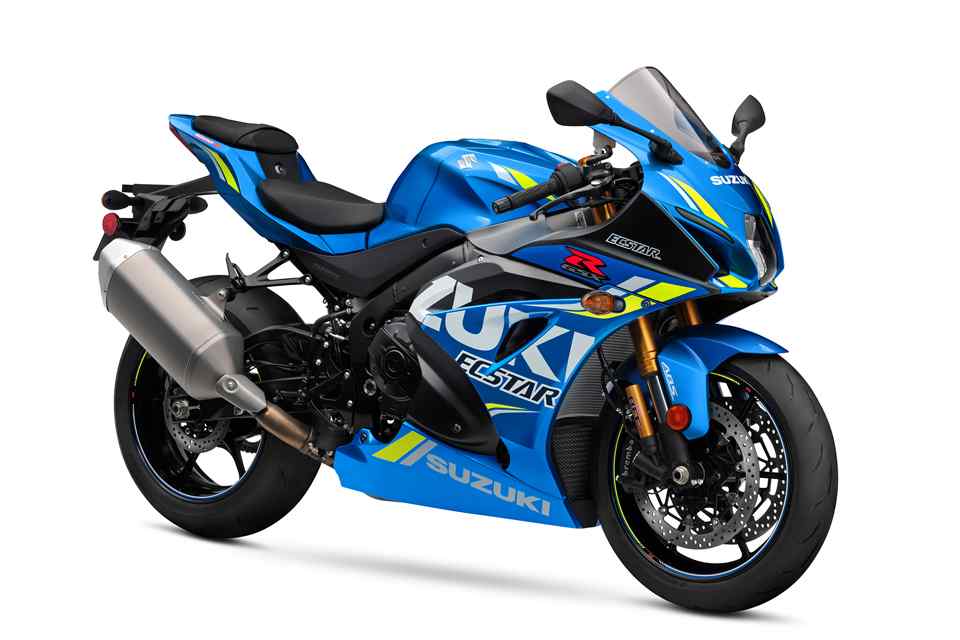 The 2018 Suzuki GSX-R1000R is Suzuki’s 999.8cc superbike packed with all the high-performance parts and advanced electronics you would expect from the GSX-R range topper. Some of the upgrades that distinguish it from the GSX-R1000 include: launch control, ABS as standard, a bi-directional quick-shifter, Showa Balance Free suspension, a race-ready upper triple clamp, and a blacked out instrumental panel with white digits.

Team Classic Suzuki has been roaming the world in recent years — fielding modern-classic motorcycles in circuit, road, and endurance races. Check out some of their other beautiful machines below… 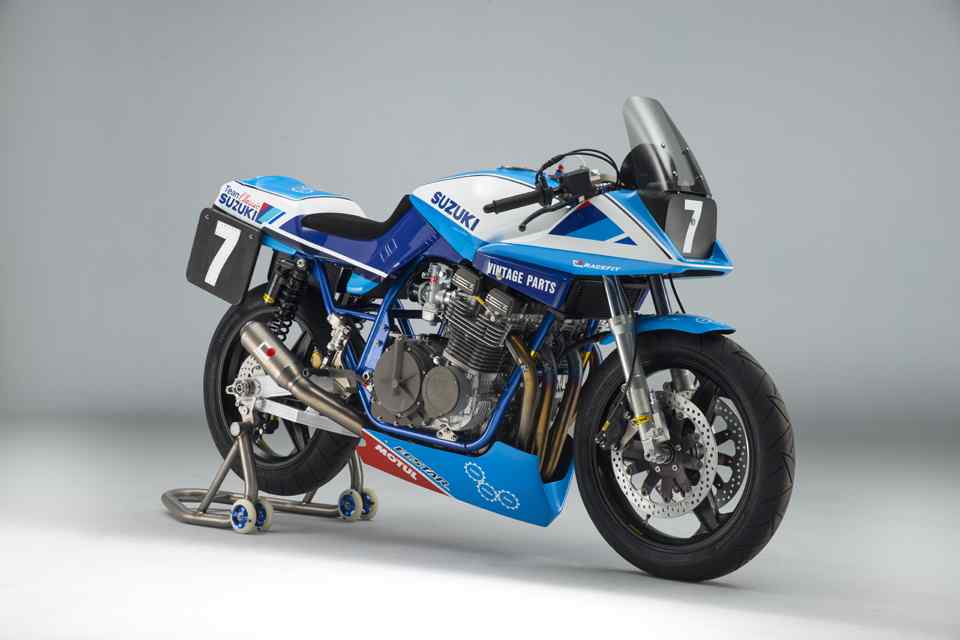 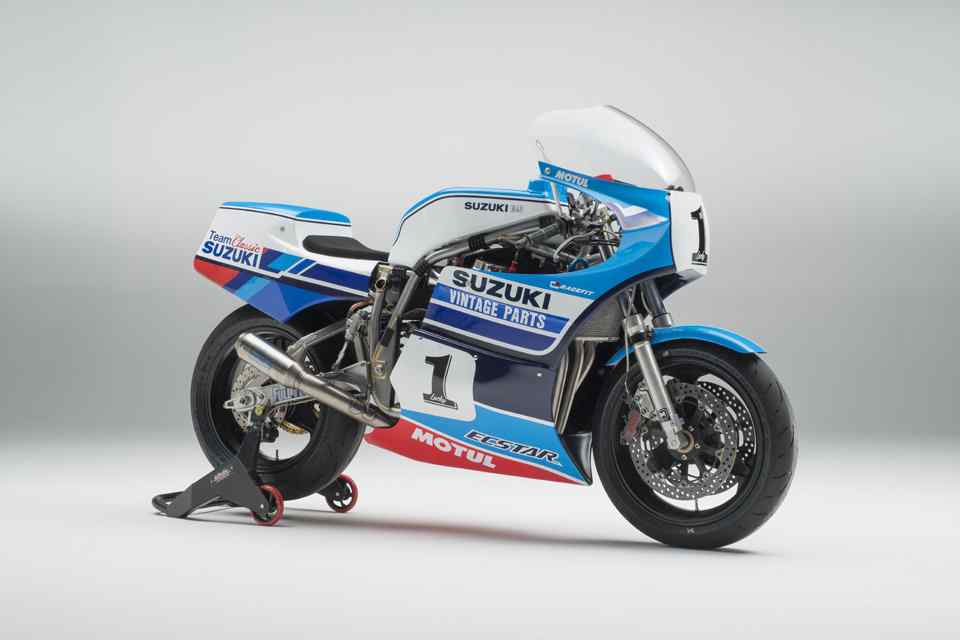 This beautiful XR69 replica is the team’s winner of the 2013 and 2015 Classic TT F1, when it was piloted by Michael Dunlop both times. It is powered by a 1986 GSX-R1100G engine making 167 PS with titanium con rods, Yoshimura TMR carbs, re-profiled cams, and a Racefit exhaust. 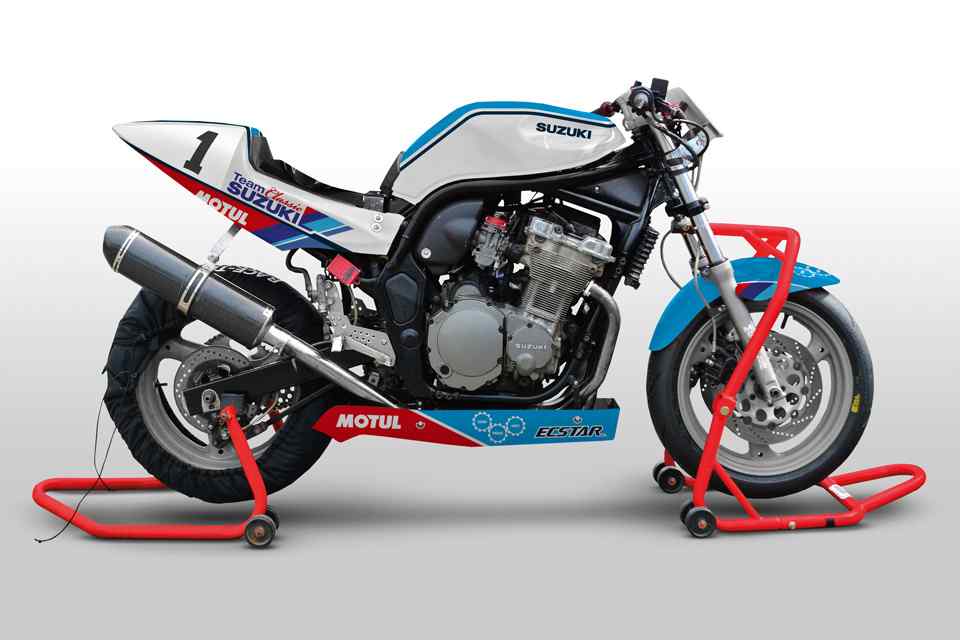 This special GSF600 Bandit is a work in progress. When it’s built to spec, it will make its way to the champion of this year’s one-make Suzuki Bandit Challenge organized by Formula Prostocks Racing. At the end of the season in October, the winner will be offered the chance to race the bike for Team Classic Suzuki in 2019.

Honda pulls the covers off the 2018 Super Cub 60th Anniversary edition, available to order in Japan for a limited time only. Ducati plans to include Desmodromic Variable Timing in the 2019 Diavel 1260.