Formulated to cool, clean and protect engines of automatic transmission scooters as well as to meet the growing demand for scooter-specific lubricants, the products consist of the Shell Advance Ultra, AX7, AX5 and Scooter Gear Oil. 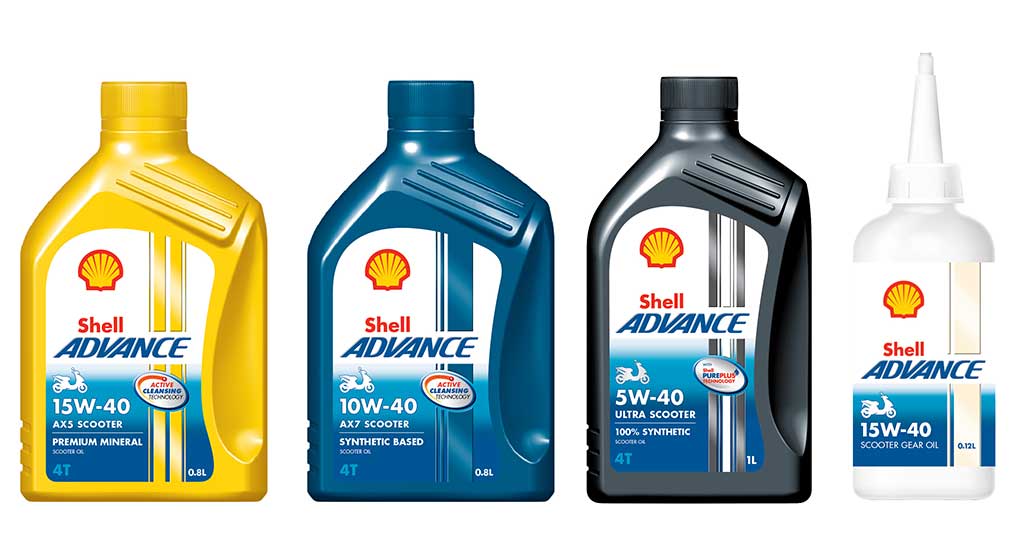 The scooter oils, like their counterparts for motorcycles, are made with Shell's revolutionary PurePlus and Active Cleansing Technologies that ensure durability, more power, smoother ride and increased fuel economy.

Active Cleansing Technology creates a fully synthetic lubricant that cleans the engine and prevent the build-up of dirt. Protection from engine deposits and sludge result in better defense against wear and corrosion—helping to extend engine life and reduce maintenance costs. Increased savings for the consumer are also achieved because of less frequent top-ups, owing to Shell Advance's lower volatility.

Shell Philippines explains that scooter engines are different from motorcycle engines, because they require a compatible oil that is low friction and has better oxidative stability. The introduction is also timely as the number of scooter users in the country is increasing.