Royal Enfield Pilipinas formally introduced their newest brand ambassadors who will carry their flag at different motorcycle events around the country: The Royal Enfield Adventure Team.

The team, all riding a Royal Enfield Himalayan adventure bike, will be composed of Michael Siobal, Mon Astillero, and Cheggy Medina.

Siobal is a regional manager at a telecommunications company and a finisher of the BOSS Ironman Challenge and Lahar Challenge. Astillero is an executive at a BPO and an avid outdoorsman. Medina is a passionate rider with an advocacy for indigenous people, having delivered a water-filtration system to an Aeta community in Capas, Tarlac. 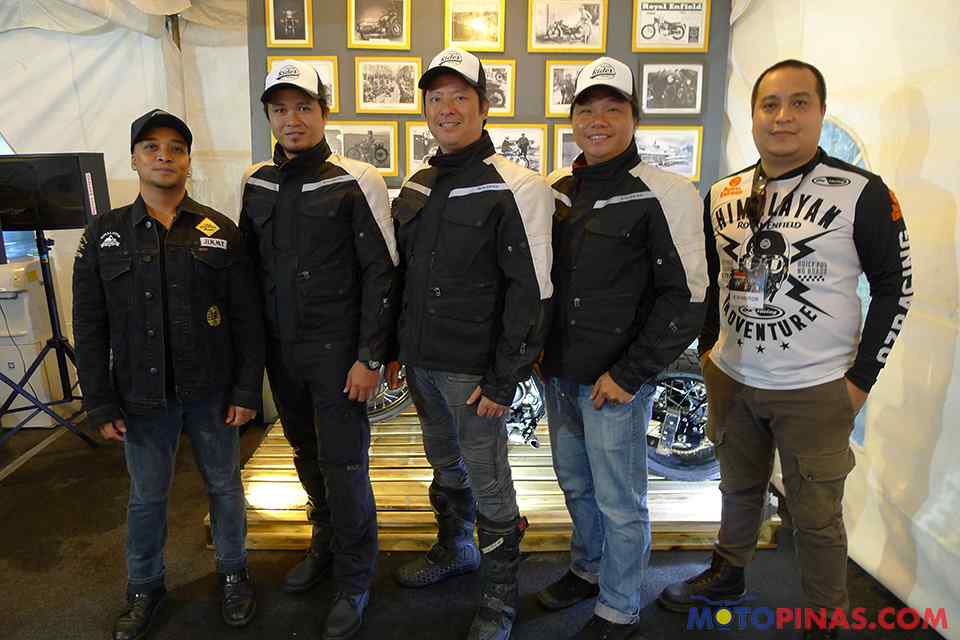 These men are no strangers to the challenges posed by adventure riding nor each other, having ridden together with myself at the annual Ilocos Sur Invitational Ride and embarked on an adventure from General Nakar to Umiray.

Jimmy Barinaga, Royal Enfield Pilipinas’ head honcho, expressed excitement for the team’s future and also giving a hint that the team may also represent our country in the international riding events.

“Yes, it’s not impossible. It’s my personal dream also by bringing these guys to the Himalayas. Mark my word, I wanna join again [with the team],” said Barinaga.

With the adventure bikes' ability to reach farther flung places, adventure riding groups such as The Long Riders and BOSS had always seized the opportunity to bring toys, groceries and even medical teams everytime they go to far-flung places for an adventure ride. This is also one of the missions of the Royal Enfield Adventure Team.

“I think that’s something that we are encouraging other [rider] groups to do. Kasi hindi lang tayo, kumbaga dumadaan lang, (Because we are not just mere passers by). We want to be involved in the community in each visit.” said Mon, emphasizing that adventure riding can be a tool to make a difference in communities often neglected by development in the boondocks.

Asked on what they could advise to riders who are having a hard time securing a “visa” from their wives ie: participating in multi-day adventure riding, “We involve our family in our hobby and sports” said Mon Astillero, reiterating that a rider’s hobby could also be a great opportunity for family bonding and at the same time; especially for the wife, that she would be familiar and comfortable with the husband’s rider group. “This is not just us, but this is a group that involves our entire family.” Mon added. “Kailangan ng facebook. Kailangan i-post lahat sa facebook. (We need facebook. Everything must be posted to facebook)," Cheggy joked.

“A brotherhood bonded by a brand that is more than a hundred years strong” – those were the exact words that I’ve written about these riders for an article about the Royal Enfield Association of the Philippines (REAPers) a few years ago.

Honda commemorates the 60th anniversary of the Super Cub with illustrations by Japanese manga artists. TVS expands its lineup with two new products in the form of Dazz and King.