A couple of years ago in late 2015, MV Agusta released a limited-edition motorcycle in collaboration with Formula 1 driver Lewis Hamilton, the 2016 Brutale Dragster RR LH44. To celebrate the 20th anniversary of MV Agusta’s iconic F4, the two are back at it and have released another special bike in the form of the ultra-aggressive F4 LH44. The connection between the Italian motorcycle manufacturer and the F1 racer is Daimler, which owns the Mercedes-AMG Petronas F1 team as well as stake in MV Agusta. 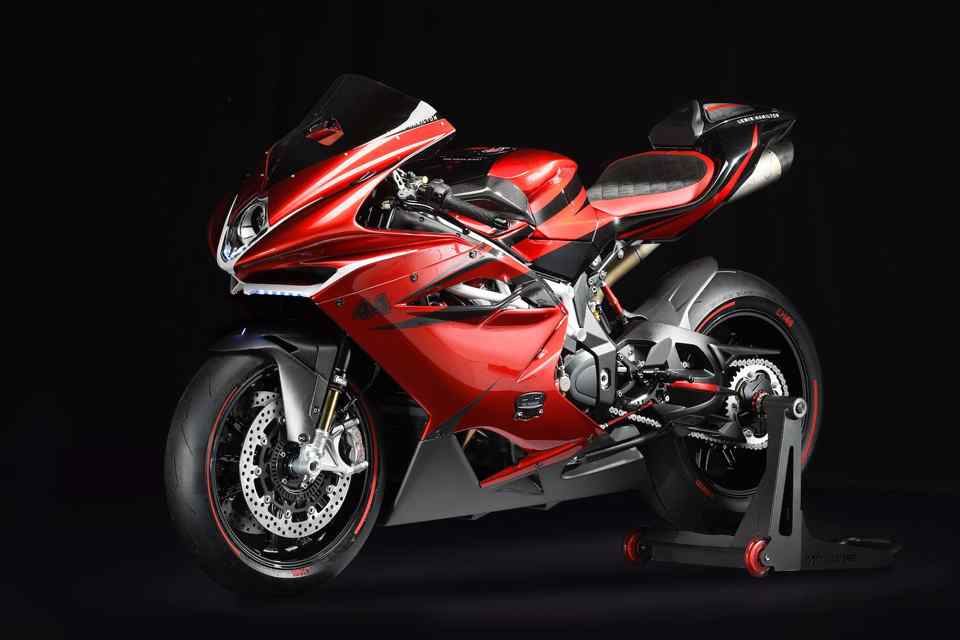 The LH44 is based on the lightweight MV Augusta F4 RC (Reparto Corse), which packs more punch than the base model care of a race kit — bumping power from 198 PS to a jaw-dropping 215 PS at the crank of its blacked-out, 998 cc inline-four Corsa Corta engine (with billet pistons and a titanium connecting rod). Torque is rated at 115 Nm. 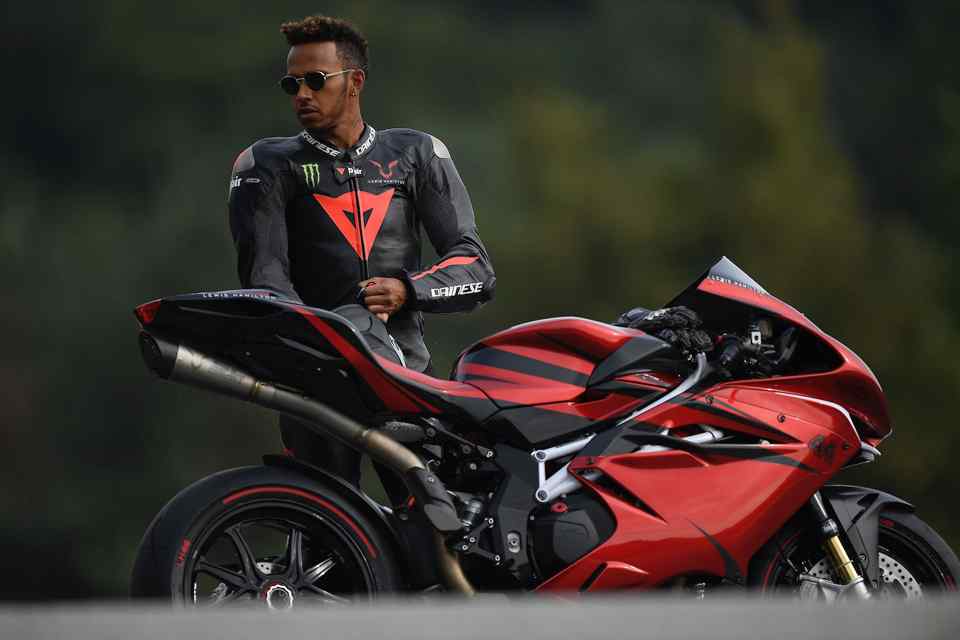 Lewis Hamilton had the bike painted in glossy, Candy Apple Red once again on a pearl white chassis. Matte black accents are found on the motorcycle — as well as Hamilton’s panther logo, a racing-style fuel-filler cap, and a smoked windscreen (a first for any MV Augusta production bike). The LH44 superbike wears Pirelli Diablo Supercorsa SP rubber on custom forged wheels, while a red LH44 logo and pinstripes can be found on the sidewalls. The fairing brandishes Hamilton’s race car number, 44; the tail spells out his name. 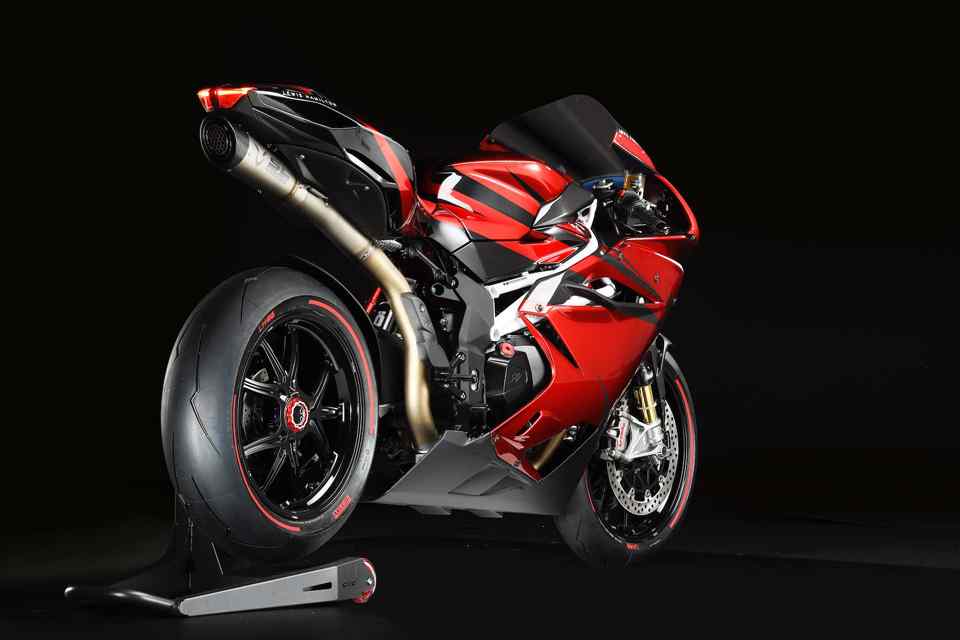 This unique track-ready beast gets a World Superbike inspired, aggressive-looking, and weight-shaving single under-seat SC Project exhaust with a titanium silencer instead of the F4’s four pipes. Its adjustable Öhlins suspension system (NIX 30 TiN-coated inverted front forks and a TTX 36 rear piggyback shock) comes in intriguing black on the LH44, rather than traditional gold as per Hamilton’s request. The seat is handmade from a luxurious mix of leather and Alcantara, while carbon fiber bodywork and components keep the motorcycle ultralight. 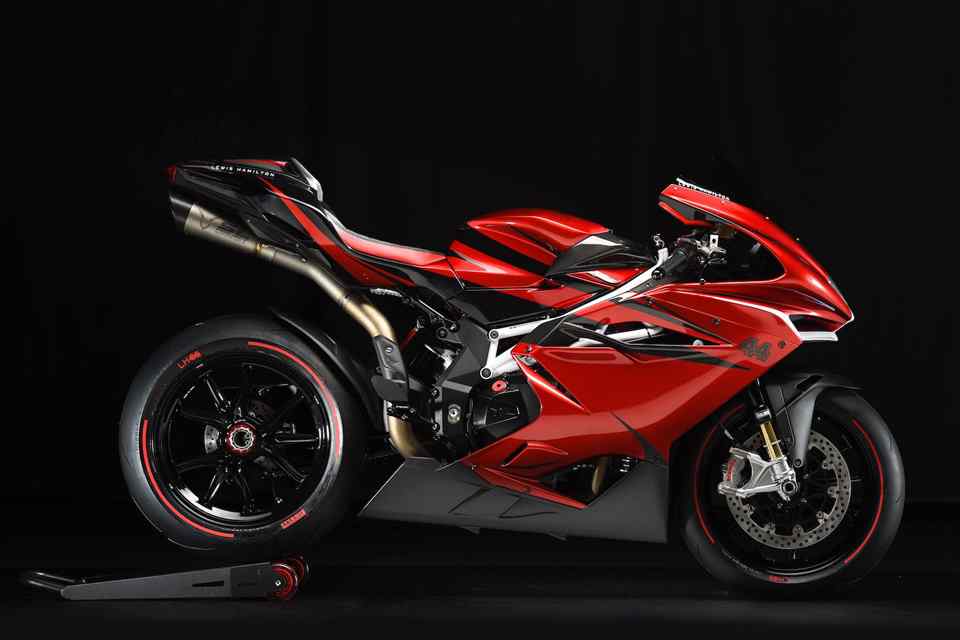 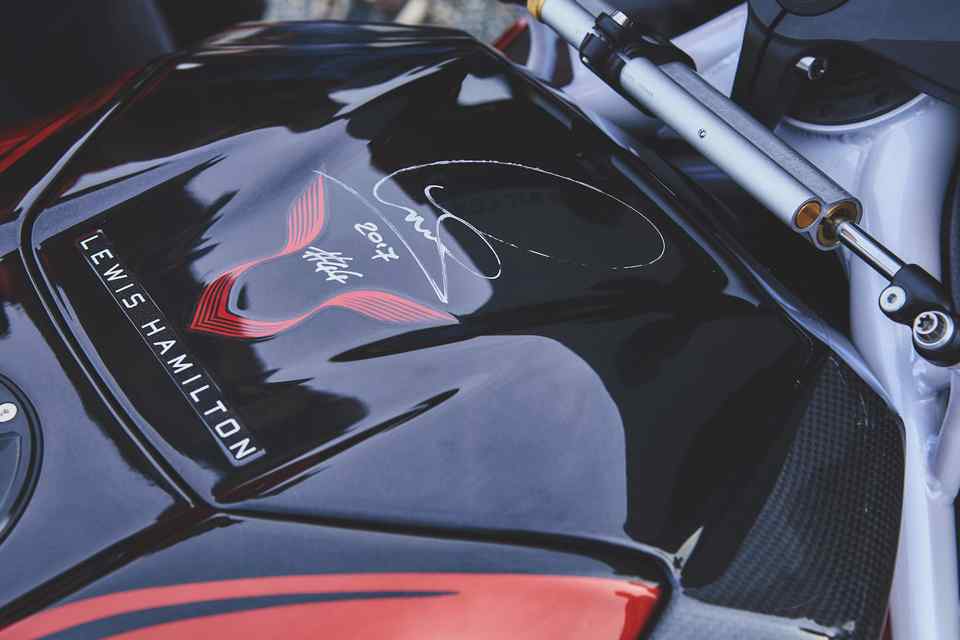 The reported price is £53,900. Each F4 LH44 will come with Lewis Hamilton's autographed signature. 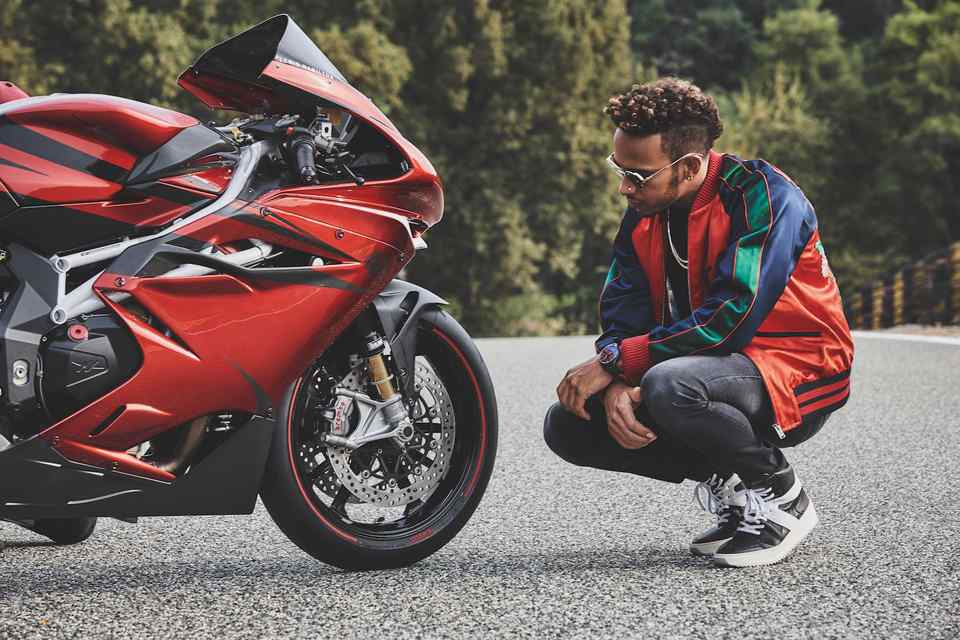 "I am very excited to continue my partnership with MV Agusta. I love working with Giovanni and the guys at MV Agusta, their passion for engineering and attention to detail produces stunning, original looking bikes. My projects with MV Agusta are a great way to combine my love of riding bikes with my interest in creative design process so I am very much involved with the CRC design team throughout,” said Hamilton. “I am particularly excited to introduce my new bike, the F4 LH44. It looks quite stunning and I had the pleasure of riding on track a few weeks ago in Italy, it feels great and combines the best of both worlds, a race bike for the road! There will be 44 bikes produced so I hope the lucky owners will love it as much as I do."

Kymco unveils the AK550 and Xtown 300i touring scooters, as well as the Super Z city scooter.