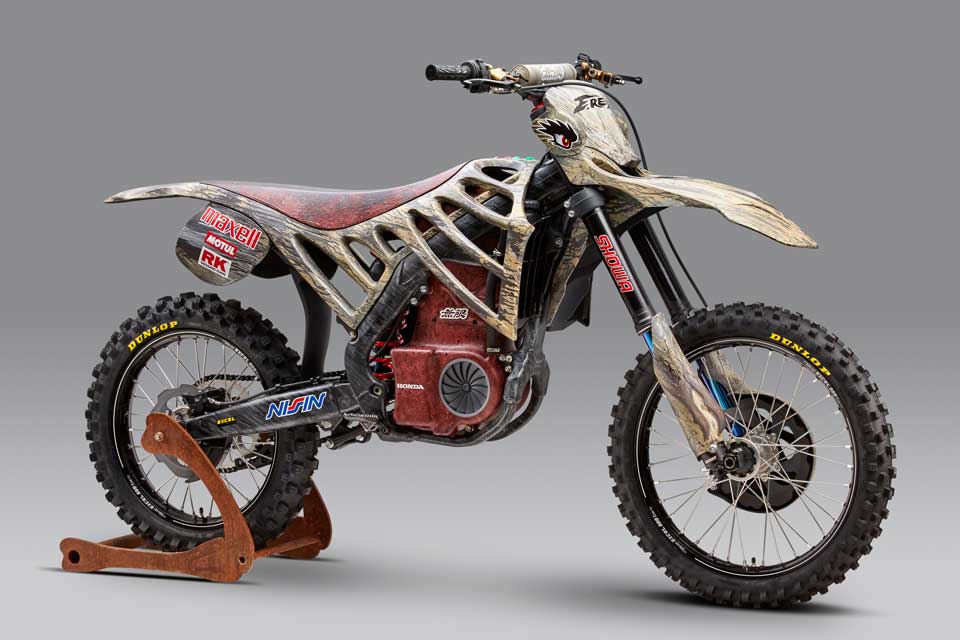 The E.Rex, built around the chassis of a Honda CRF 250R, is a concept motorcycle exploring the future of electric motocross bikes. With radical bodywork channeling a fossilized dinosaur skeleton, the E.Rex replaces the CRF’s original 250cc thumper with an electric power plant and battery pack. 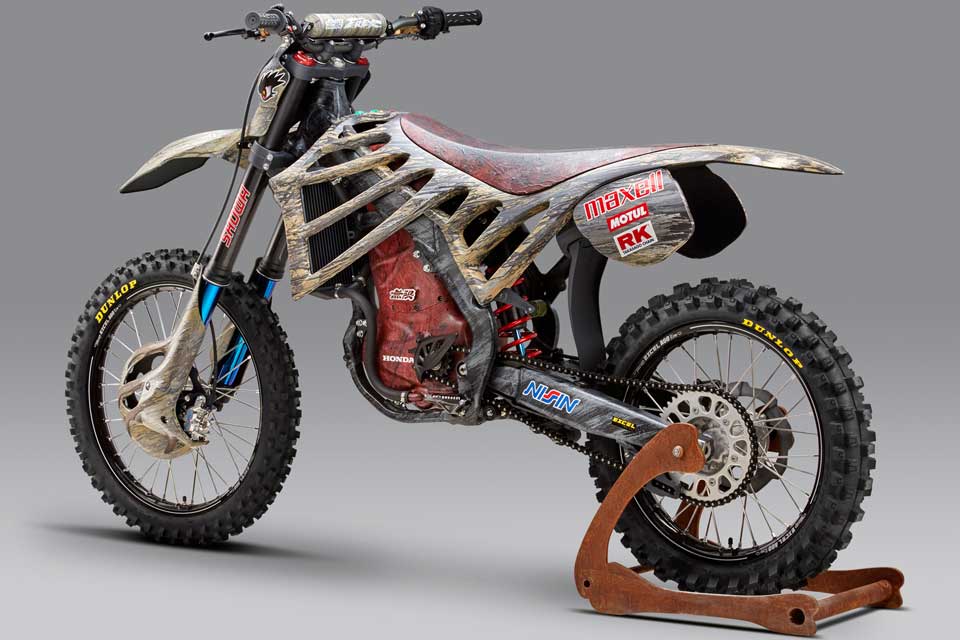 The new motor of the Mugen E.Rex emulates the look and shape of a conventional single-cylinder petrol engine, making it transplantable into a variety of other existing motorcycle frames. A turbine facilitates air flow, supplementing the water-cooling system. The single-speed transmission removes the need for a clutch, moving the rear brake pedal to a handlebar lever and eliminating foot controls entirely. 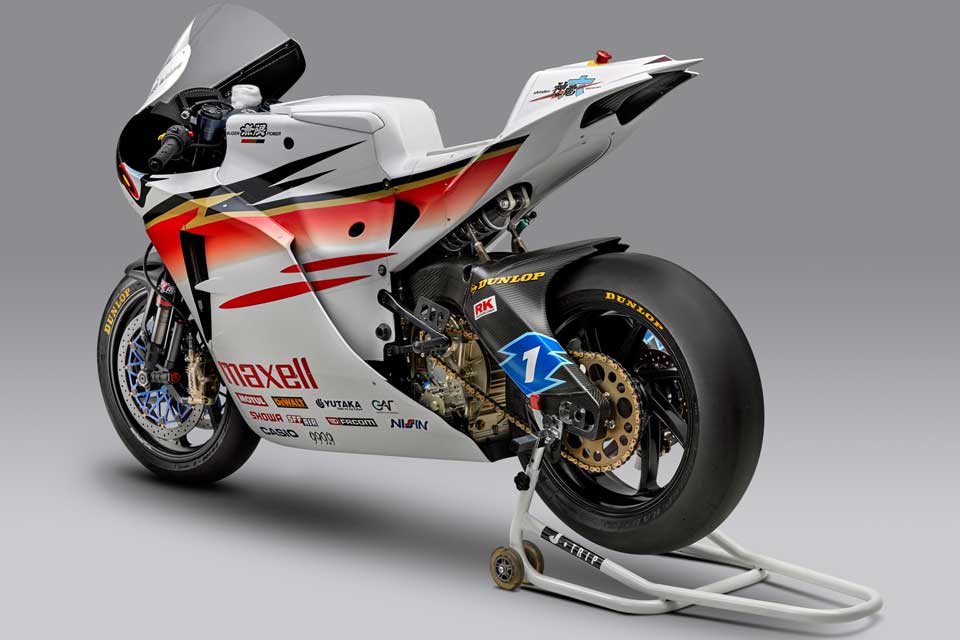 The Shinden Roku was also displayed. Shinden is popularly translated as “magnificent lightning” or “god of electricity”, while the word Roku refers to the number “six”. Team Mugen has won the last three TT Zero races for electric sport bikes on the Isle of Man and the Shinden Roku, as the name suggests, is the sixth manifestation of Mugen’s design and development efforts for the competition.

While claimed power output of the Shinden Roku remains unchanged, the motorcycle has shed 2 kg of weight from the previous year, now weighing a total of 248 kg. Its oil-cooled, 3-phase brushless electric motor is rated to make 120 kW of power and 163.2 PS with 210 Nm of torque. The evolved sport bike also gets a new laminate-type, lithium-ion battery with an extended range. This year’s Honda Racing riders, John McGuinness and Guy Martin, will be piloting the Roku for Team Mugen for the impending 2017 season.

Moto Builds Pilipinas serves as an excellent source of inspiration, as well as a showcase of some of the finest motorcycle brands and custom shops all throughout the country.