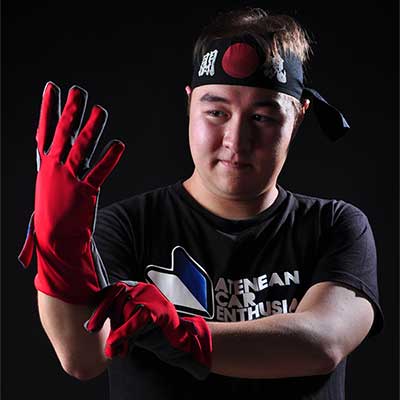 Champion superbike riders aren’t exactly the plumpest bunch and with a victory at 2015’s Tourist Trophy (TT) Zero electric motorbike race, you could say John McGuinness would have had to keep in shape to bag that win.

An avid bike collector as much as he is a rider, McGuinness has set his eyes on procuring a Mugen Shinden to add to his collection. Being a seasoned rider for the Honda Europe Factory racing team, you would think McGuinness could ask anything from his team’s bosses on a whim.

Mugen, Honda’s racing arm, seems to have other plans however. They figured that if a million-dollar Shinden motorbike were to be made for him, McGuinness would have to lose a hefty 10kg worth of weight prior to the 2016 TT race.

Provided a good training regimen is in order – or if all else fails, liposuction – it is believed that we might see McGuinness on the upcoming fifth generation Shinden Go. With its official reveal at the Tokyo Motorcycle Show on March 25th, specs and details about the new bike have yet to surface.

John McGuinness is a professional motorbike rider specializing in the Isle of Man TT with 23 wins to his name as of 2015.