Moto Guzzi is once again in the Philippine market through Bikerbox in Sucat. The one-stop shop has scored a favorable deal with the Italian motorcycle manufacturer and is now offering three versions of the 750cc Moto Guzzi V7 II, so far in limited quantities. The response has been great, so more batches and bikes will be brought in at future dates. Bikerbox is also an officially licensed service center for all new motorcycles offered, in line with their partnership with local Piaggio distribution and support. 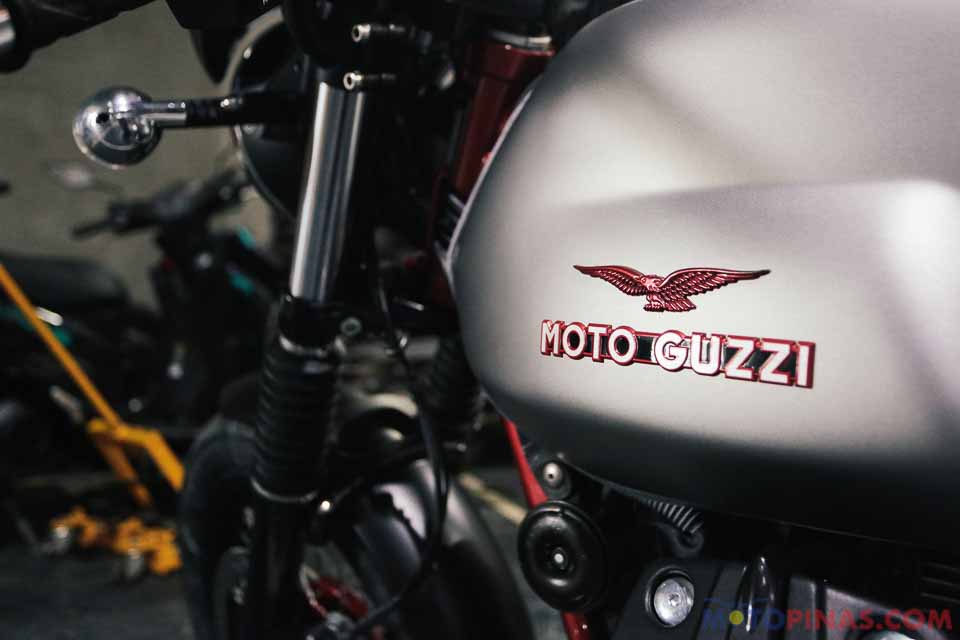 Moto Guzzi is an Italian motorcycle manufacturer, and the unique engine format of longitudinally mounted crankshafts with transverse V-twin cylinders has become iconic and synonymous with the brand. Many Moto Guzzi motorcycles showcase retro styling that is polished and upscale. All have been made in Mandello Del Lario, Italy since 1921 and still retain their exotic flavor without the exorbitant pricing. 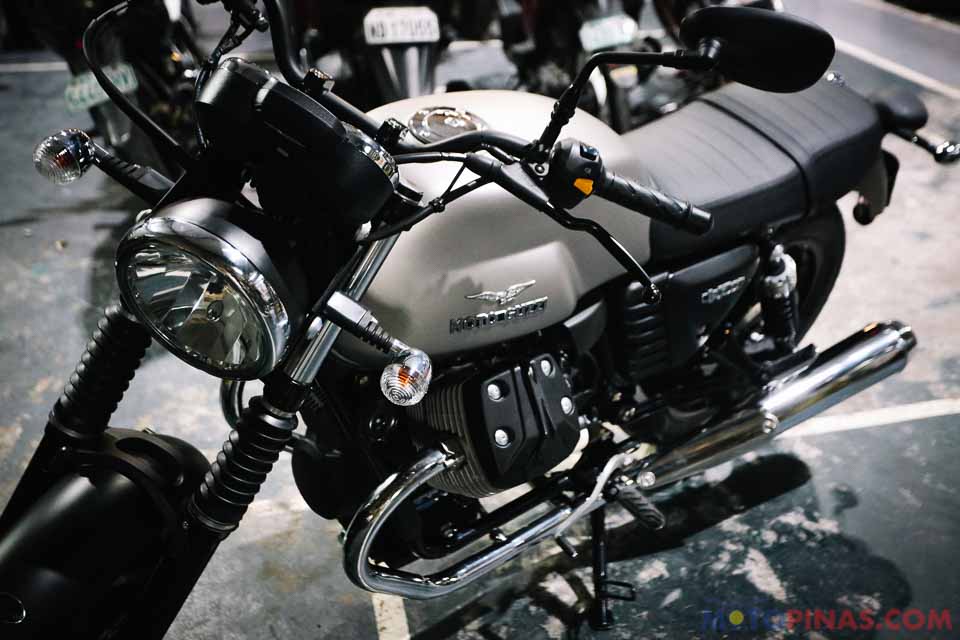 All three Moto Guzzi V7 II models at Bikerbox share some technical specs. Each is powered by an air-cooled 744cc V-twin with transverse cylinders and pushrod operated valves — rated to make 47.6 PS, mated to a 6-speed gearbox, and mounted on a double cradle tubular frame of ALS steel. For suspension, each shares 40mm telescopic forks in front and dual rear shocks with adjustable spring preload. Braking is done by Brembo calipers with a 320mm front disc and a 260mm rear; ABS comes standard, and so does MGCT (Moto Guzzi Traction Control). Fuel capacity is measured at 21 L with a 4 L reserve. Ground clearance is measured at 179 mm. Each bikes comes with an 18-inch front wheel and 17-inch rear. 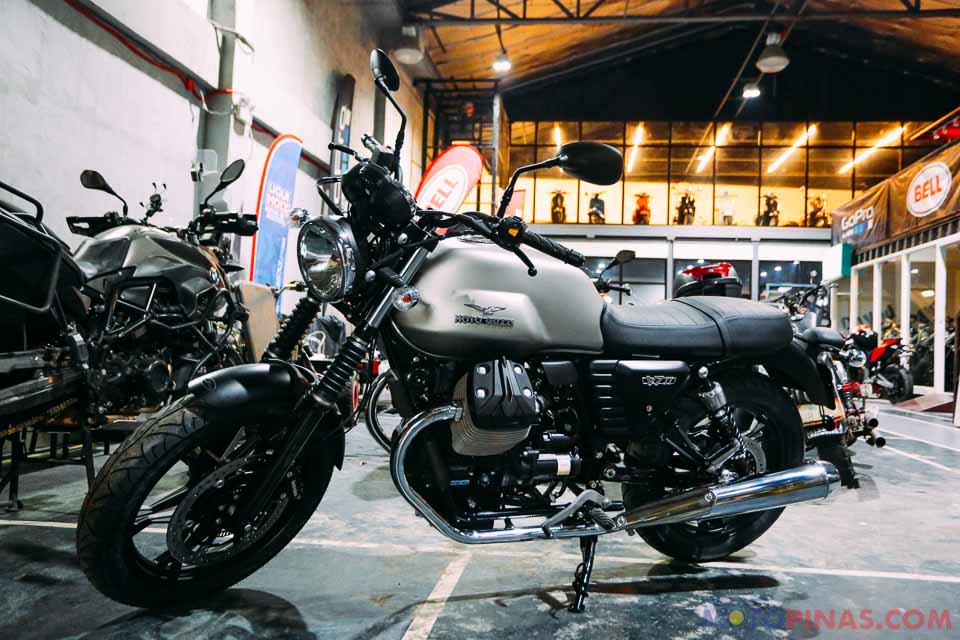 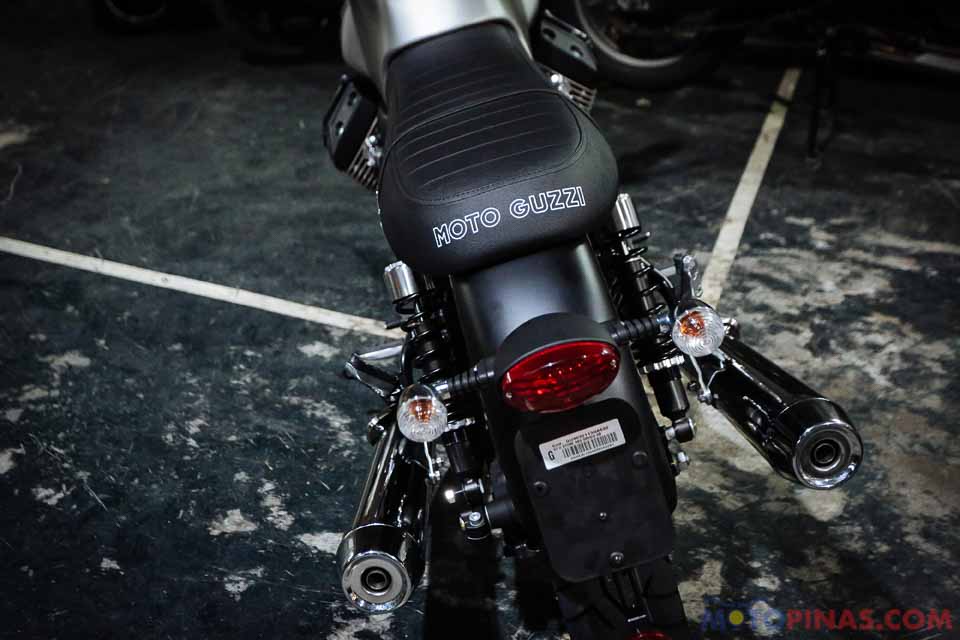 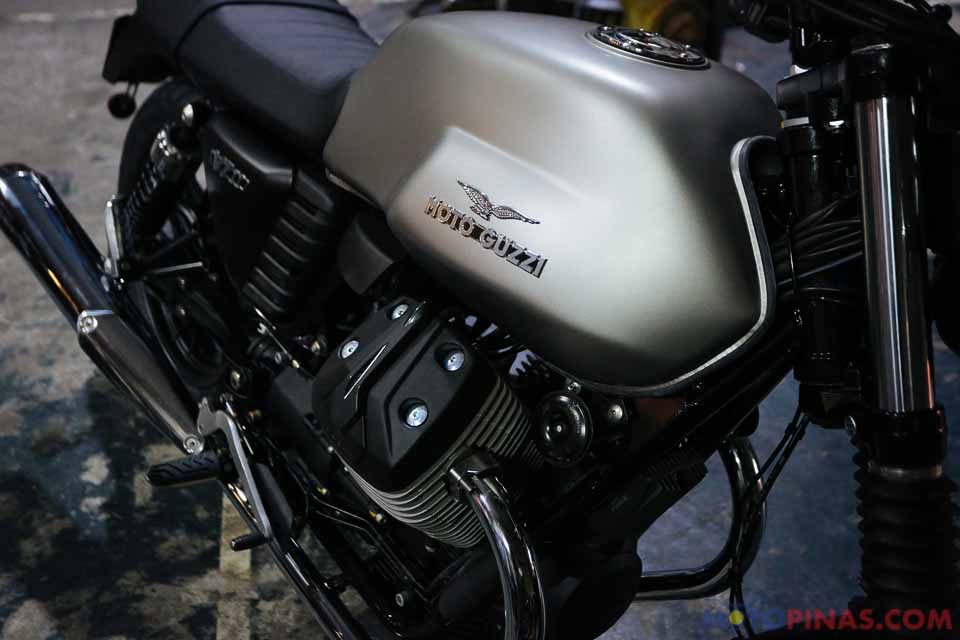 The V7 II Stone is the base model. It is available at Bikerbox with a tank, finished in a satin gray color called Grigio Intenso; against the V7 II’s blacked out components and silver accents, this makes for a masculine scheme and customizable base. It’s got a comfortable riding position with low footpegs, standard handlebars, and a seat height of 790mm. 47.6 PS is reached at 6,250 rpm, and its 59 Nm of torque at 3,000 rpm. The bike rides on lightweight alloy wheels. It is locally priced at ₱599,000 PHP. 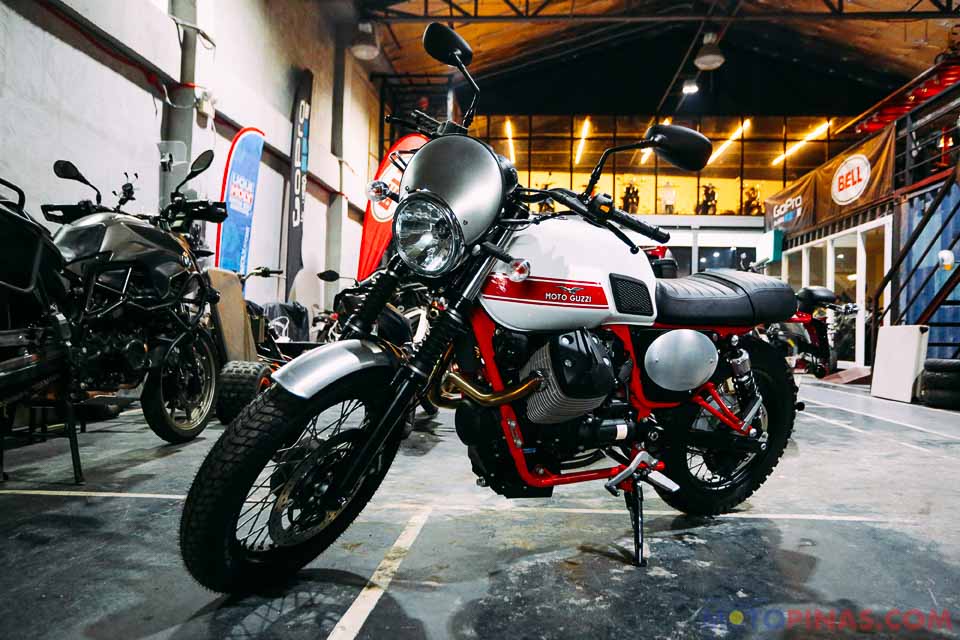 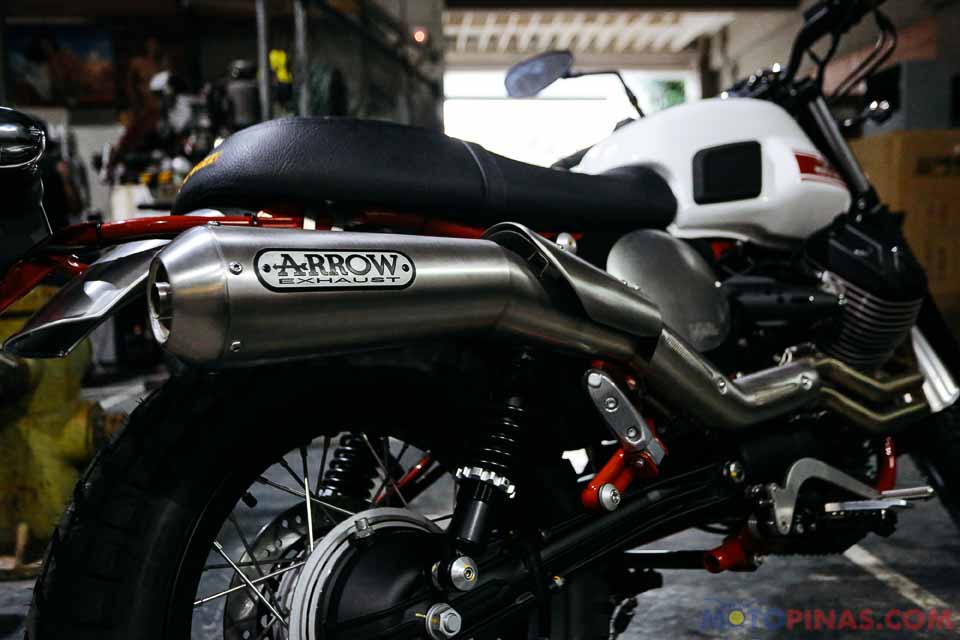 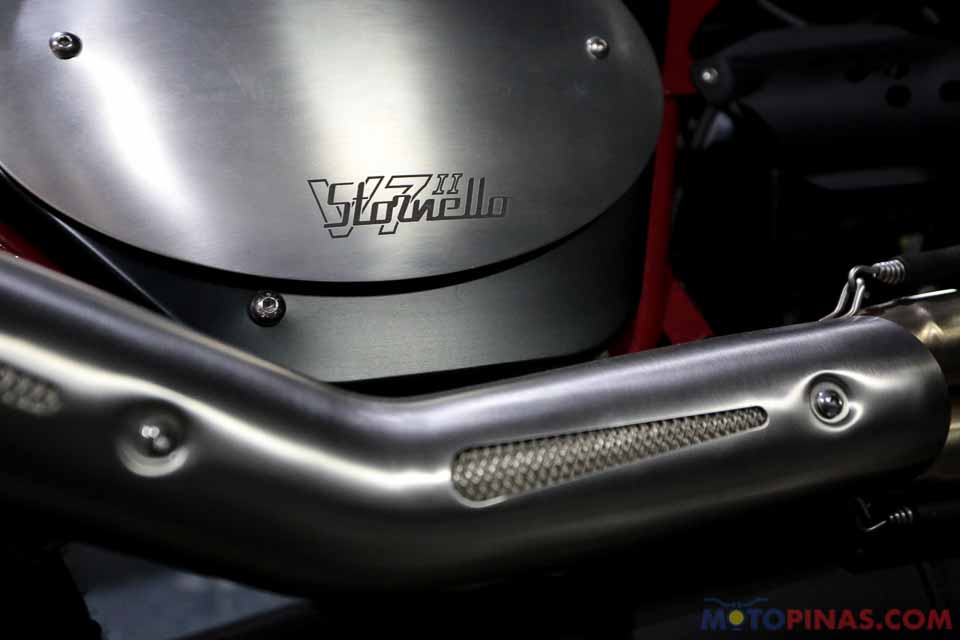 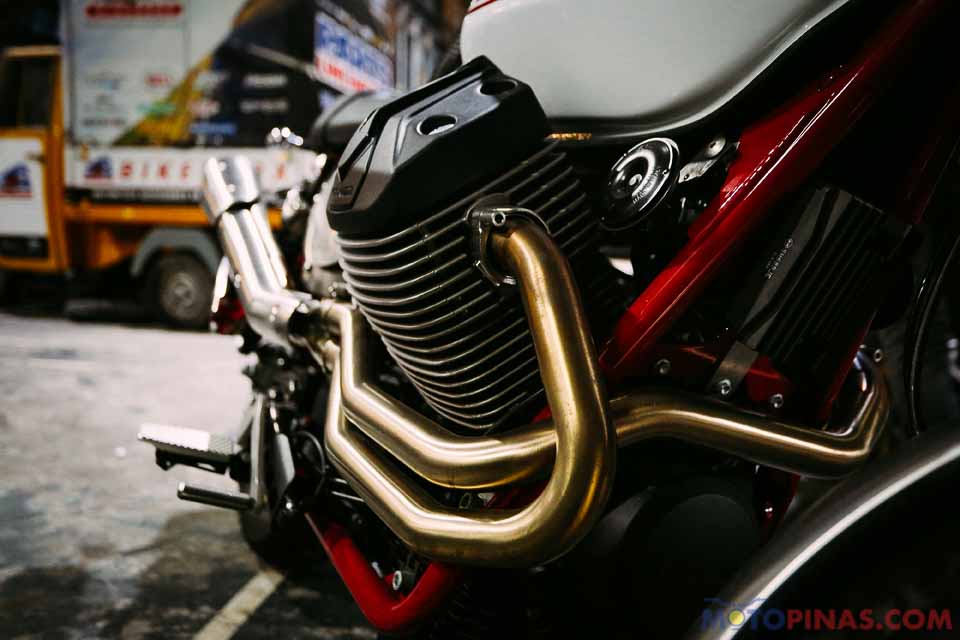 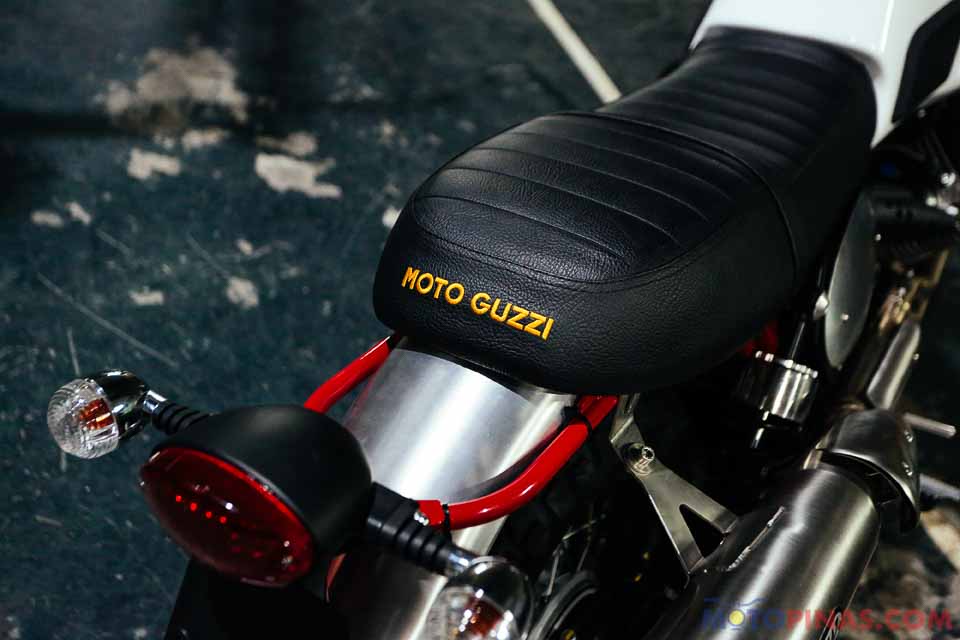 The Stornello comes with competition-style number holders and a special numbered logo, laser inscribed beside the key ignition. Paying tribute to the Stornello 125 from the ‘60s and ‘70s, the V7 II Stornello comes with a white tank and red frame. Seat height is measured at 798 mm, and the power is mapped differently with 47.6 PS reached at 6,700 rpm and 59.6 Nm of torque at 3,250 rpm. Bikerbox has only one unit left, and can take one more reservation. It is locally priced at ₱675,000 PHP. 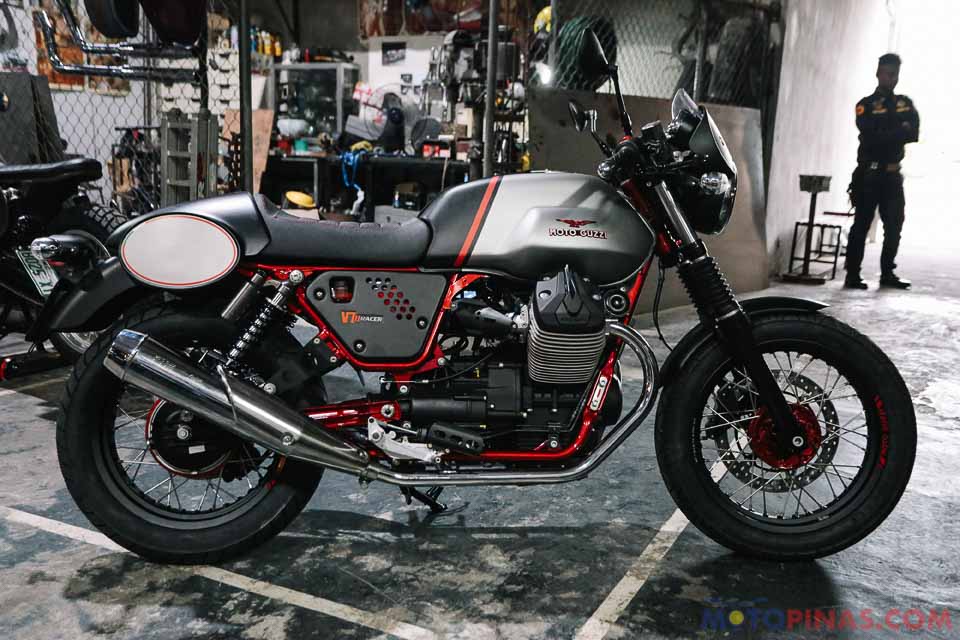 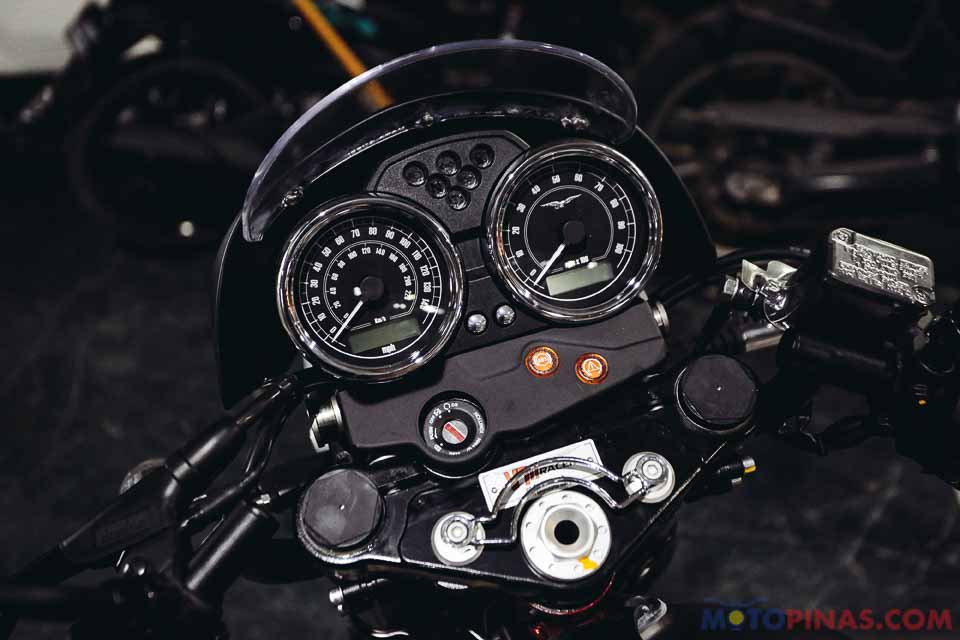 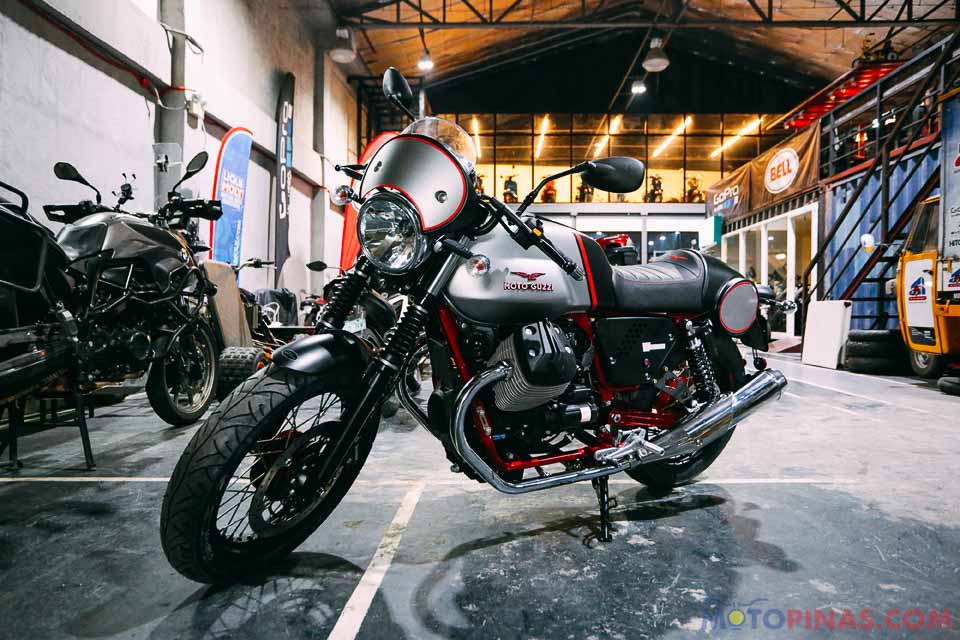 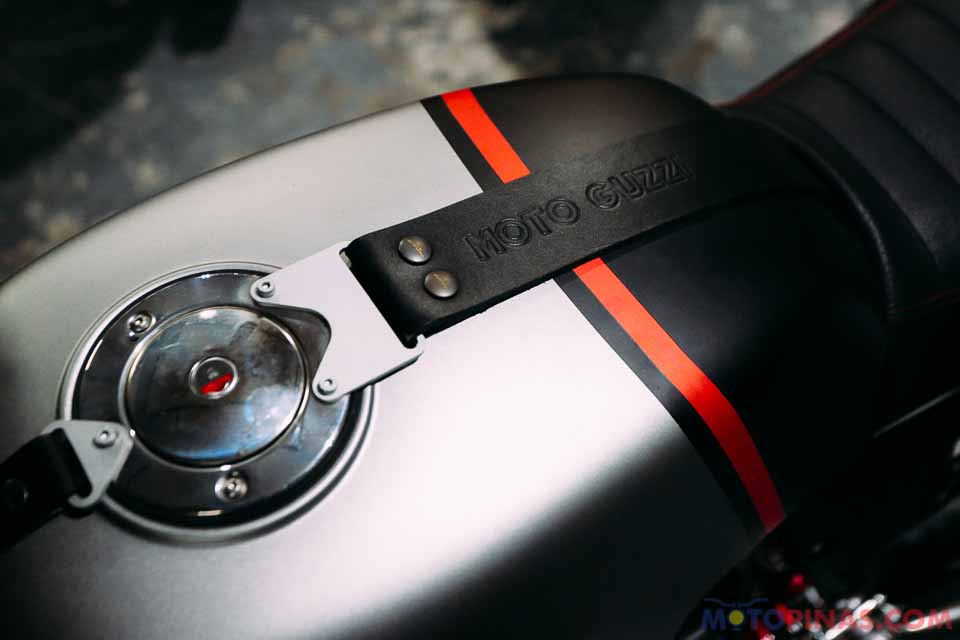 The V7 II Racer packages cafe racer purpose with some luxe looks. Built around a candy red frame, the Racer showcases an eye-catching red, black, and silver satin scheme. While the number plates on the Stornello were on the side covers, they are positioned on the Racer at the tail while the side covers showcase perforated speed holes. More upscale features include a leather tank strap and an plush Alcantara saddle. Seat height is measured at 790mm, and its 47.6 PS is reached at 6,250 rpm with 59 Nm of torque at 3,000 rpm just like the Stone. The Racer rides on silver classic spokes within black rims featuring red Moto Guzzi markings. It is locally priced at ₱750,000 PHP. 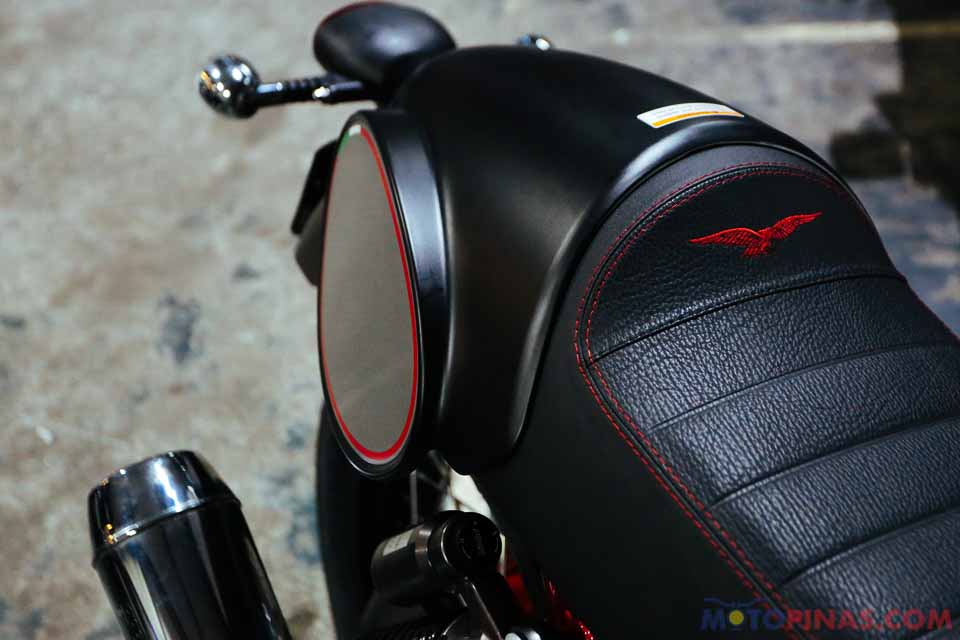 Bikerbox, Inc. is an official service center for Piaggio, including Moto Guzzi motorcycles, with foreign-trained mechanics. The large shop and social hub is located right after the Ireneville village gate on Doña Irenea St. in Sucat, Parañaque.

Motorcycle customization is unsafe according to MDPPA members and also prohibited under LTO-LTFRB.