Monday Motorbikes has released their M1 electric moped to the public. The bike, by the California-based company, has received a lot of hype over the past year. GQ gave it a spot in the magazine’s ‘Best Stuff of the Year’ list, CNN Money called it the “Hit of the Consumer Electronics Show (CES)”, and TechCrunch named the company the “Tesla of Electric Motorbikes”.

With the Monday Motorbikes M1, you get a maximum range of 80 km on one full charge. The lithium-ion batteries sit high on the loop frame as a fuel tank replacement — giving the moped an appearance much like that of a small displacement motorcycle, although this may bring the center of gravity a little high for some tastes, even with the brushless DC motor hanging from the bottom of the loop frame along with the pedals. 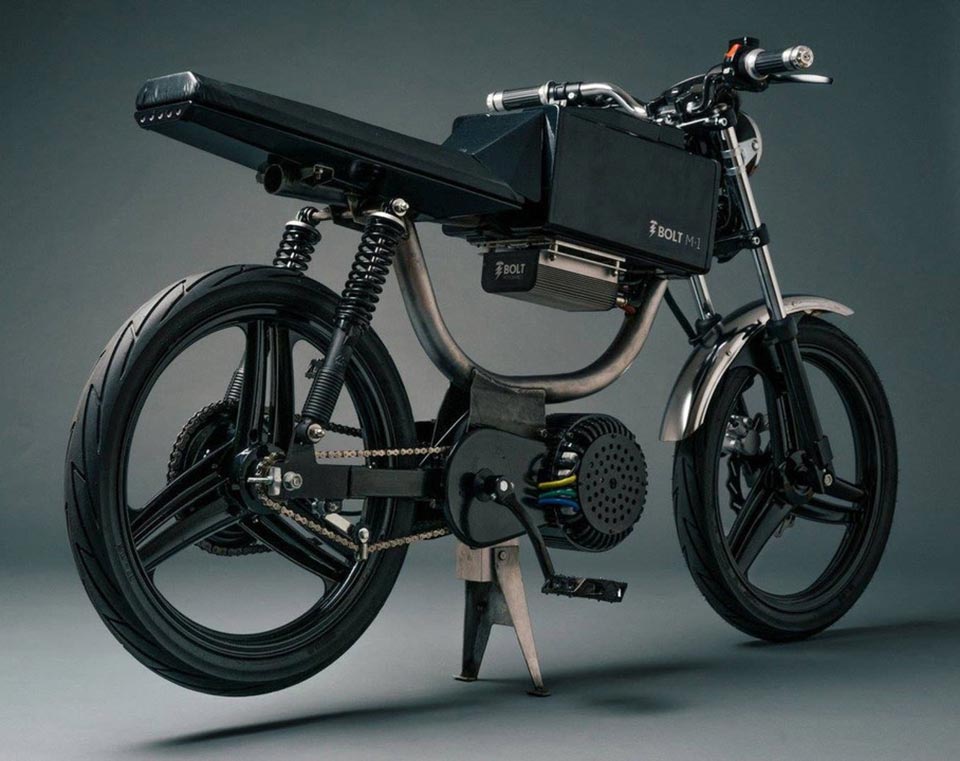 The electric motor and human pedaling power act independently from each other to push the bike forward via two, separate chain drives. The company line of “twist and go” alludes to a twist throttle on the right handlebar. With no gears to shift and no clutch, the M1 should pull like a scooter with a claimed top speed of 64 km/h. The M1 has two button-selected modes: Economy and Sport. To push the M1’s moped genes more toward motorbike than bicycle, suspension is taken care of by dual rear shocks and conventional telescopic front forks.

While the Monday Motorbikes M1 features regenerative braking, batteries can be swapped quickly and recharging take 5 hours. The instrument panel shows power consumption in real time, while a USB port allows for device charging. A smartphone mount helps with the bluetooth connectivity that the M1 offers via a mobile app for remote unlocking and tracking ride metrics. Easy and convenient keyless ignition merely requires a programmable password. 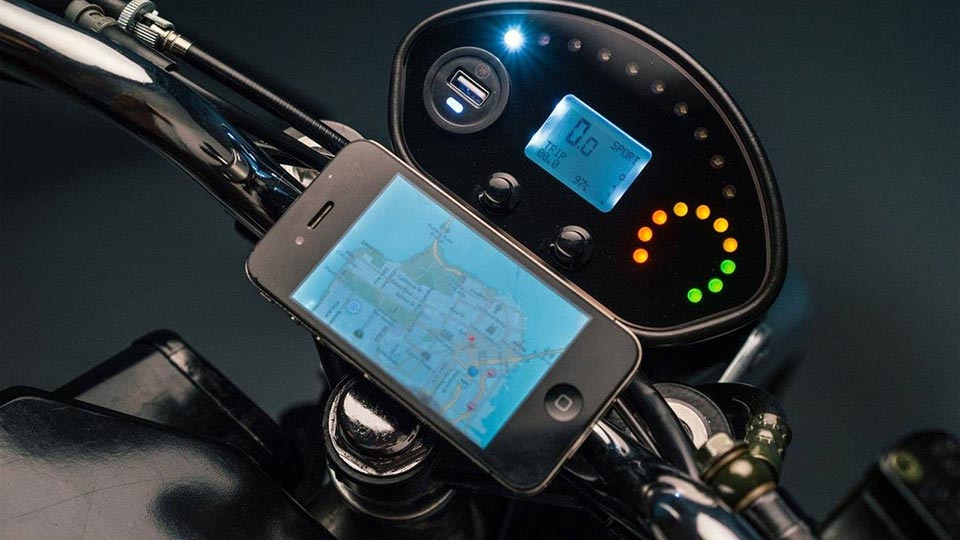 The surge in hassle-free electric mopeds give civilians a greener alternative to quick and easy transportation without the intimidation of a full-blown motorcycle or the sweaty effort required by a bicycle. Strap on a helmet and roll around on the M1; you’ll be sure to attract the curiosity of cyclists, futurists, gearheads, and techies alike.