The Motorcycle Development Program Participants Association (MDPPA), composed of Honda, Kawasaki, Yamaha, Suzuki and Kymco manufacturers and distributors, recorded a new sales milestone in just the first half of 2016. MDPPA members recorded combined sales of 544,699 new motorcycles sold in the first half of 2016 (over last year's 382,365 in the same period)— equating to 42% year on year sales growth, which exceeded expectations. As a result of this trajectory, the motorcycle manufacturers group is optimistic of achieving one million units sold by the end of the year. 2015 total sales was 850,509 units. 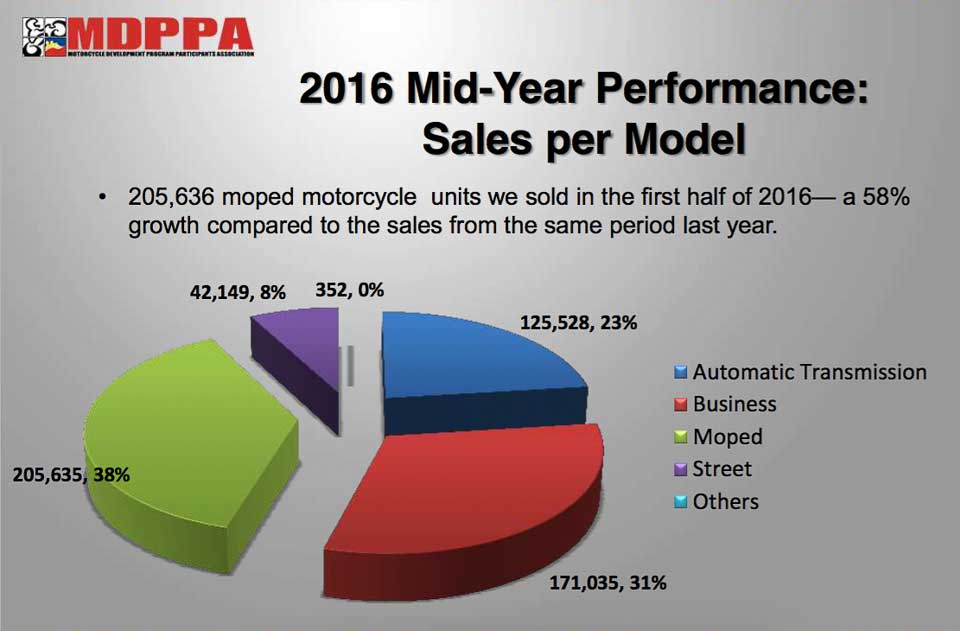 The group also provided a breakdown of sales figures with the Moped (formerly underbone) segment accounting for majority of new units sold, surging ahead of the former leader, Business models, category. Meanwhile, Automatic Transmission scooters, while accounting for 23% of sales, showed the largest share growth at 66% year on year. Street models accounted for 8% of sales, with an 11% year on year growth.

The MDPPA representatives also cited other factors like the country's strong economic performance, increase in per capita income, and a positive outlook for the future.

Besides the general figures, the group also revealed that, of the one million anticipated unit sales this year, 900,000 of those will be units manufactured locally. Luzon still dominates the national sales figures, accounting for approximately 60% of sales. Visayas and Mindanao each account for approximately 20%.

While the group did not have exact figures of the motorcycle industry as a whole, they estimate that total units, including motorcycles from non-MDDPA members, could hit 1.4-1.5 million units sold by the end of 2016.

Besides sales figures and projections, the group also announced continuing efforts to promote greater safety awareness. Part of this plan includes curbing the patronage of counterfeit products and promoting road safety through seminars. 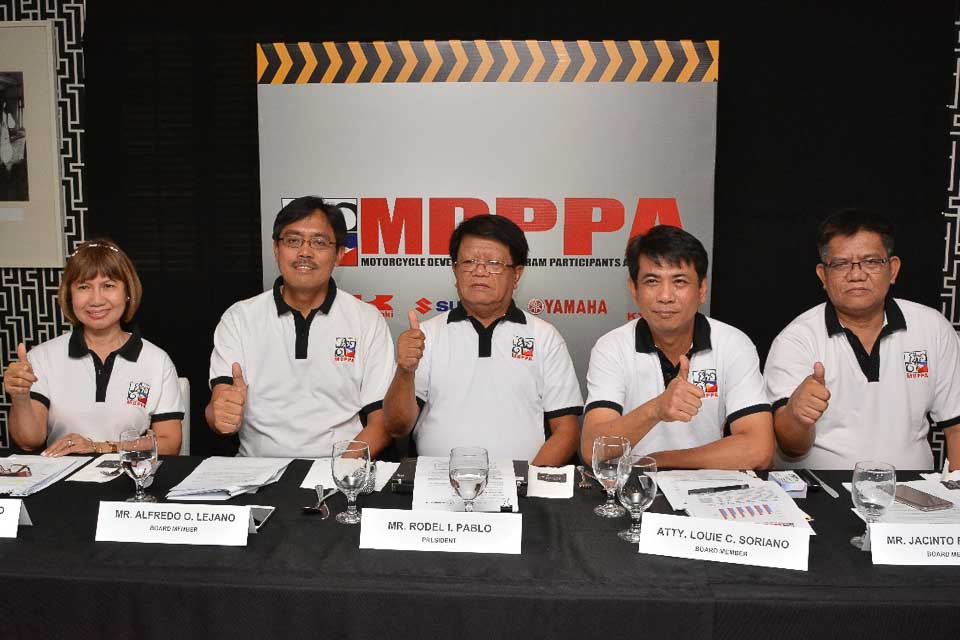 The MDPPA was established in 1973, then named as the Philippine Motorcycle Manufacturing Program, based on the basic principles of the Philippine Motor Vehicle Development Program implemented by the Board of Investments. It was changed to MDPPA in 1989. The five members, Honda, Kawasaki, Suzuki, Yamaha and Kymco are all active participants of the government\'s Motor Vehicle Development Program (MVDP). A 70-year old British motorcycle brand is revived with modern components yet retains its classic style.