On Monday January 7th, the Land Transportation Office – National Capital Region and its Metro Davao offices started the implementation of the department’s Memorandum Circular No. 2018-2157 or the Revised Guidelines for Medical Examination, Accreditation of Medical Clinics and Registration of Physicians Relative to the Issuance of Medical Certificates to Student-Driver's Permits and Driver's/Conductor's License Applicants.

The order was implemented to streamline the submission of medical certificates for student permits, new driver's and conductor's licenses, and renewals. The new directive is meant to ensure that applicants only transact with accredited doctors and clinics and the results are not tampered with and sent right away to the LTO's servers. 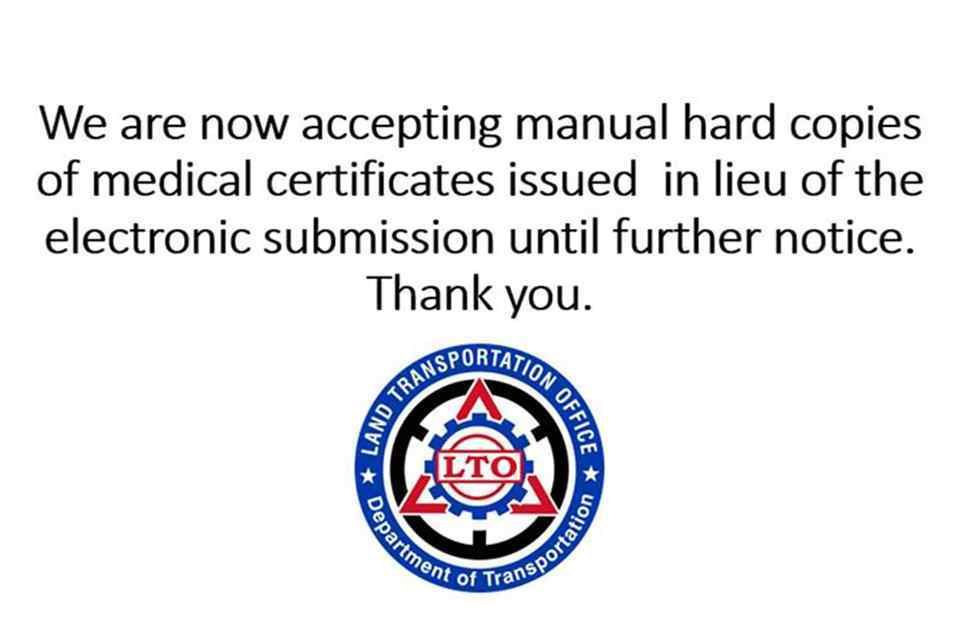 It only took 2 days for the department to realize that there are still a lot of bugs in the system, and accredited clinics are struggling with the uploading proces. These early problems prompted them to temporarily suspend the implementation of the new system “until further notice” as announced on their official Facebook page. According to LTO Executive Director, Atty. Romeo Vera Cruz, they are solving the “technical problem”. ED Vera Cruz also stated that reverting back to the old system is only temporary.

In a separate Facebook post last Tuesday, the LTO advised new and renewal license applicants to postpone their transactions with LTO NCR offices until they have addressed the issues. The LTO also added that penalties for late renewal of licenses due to expire during the period will be waived.

BMW features a rider-less R1200 GS as a testbed for future rider-assist technologies that will make riding a motorcycle safer. Nueva Vizcaya Congresswoman thinks that imparting road safety to children may help in making our roads safer in the future.