To celebrate Ducati’s 90th anniversary, the Italian motorcycle company revealed the limited edition 1299 Panigale S Anniversario. Like the 1199 Superleggera, Ducati is building only 500 of the Anniversario out of Bologna, with upgrades directly trickled down from factory race machines. The exclusive motorcycle—with its highly advanced electronic suite and weight-saving, performance-boosting parts—is dolled up with a MotoGP and WSBK inspired livery. Included is a nifty racing kit. The bike was unveiled at the recently concluded World Ducati Week in Italy by Ducati CEO Claudio Domenicali and none other than the now-retired two-time MotoGP champion Casey Stoner. 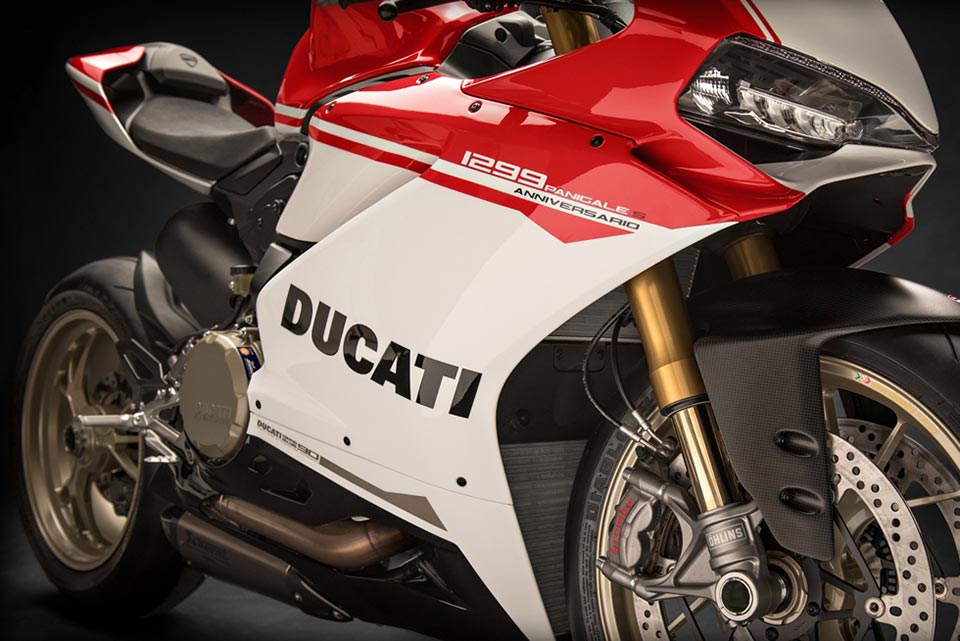 With the Anniversario you’ll be getting something in between a Panigale S and the homologated Panigale R with the same 205 PS Superquadro V-twin, but with even more technological innovation. EVO versions of Ducati Traction Control (DTC) and Ducati Wheelie Control (DWC) make their debut on the Anniversario with revised algorithms. The Bosch Inertial Measurement Unit (IMU) makes these possible via on-the-fly adjustments to the rear wheel’s speed based on angle-reading sensors. The DTC EVO will allow riders to push the bike’s power during cornering with more precision and less risk. The system claims to assist controlled drifting, relatively safely in a way similar to what’s achieved by MotoGP riders.

Already present on other Ducati superbikes, you can also expect Engine Brake Control, Bosch Cornering ABS, and Ohlins Smart EC semi-active suspension on the Anniversario. The race-derived Ducati Quick Shifter allows bi-directional clutchless gear changing, doing away with wasted seconds spent closing the throttle. Without depressing the clutch lever, DQS aids both an upshift at full throttle and a downshift with an instant and automatic blip. 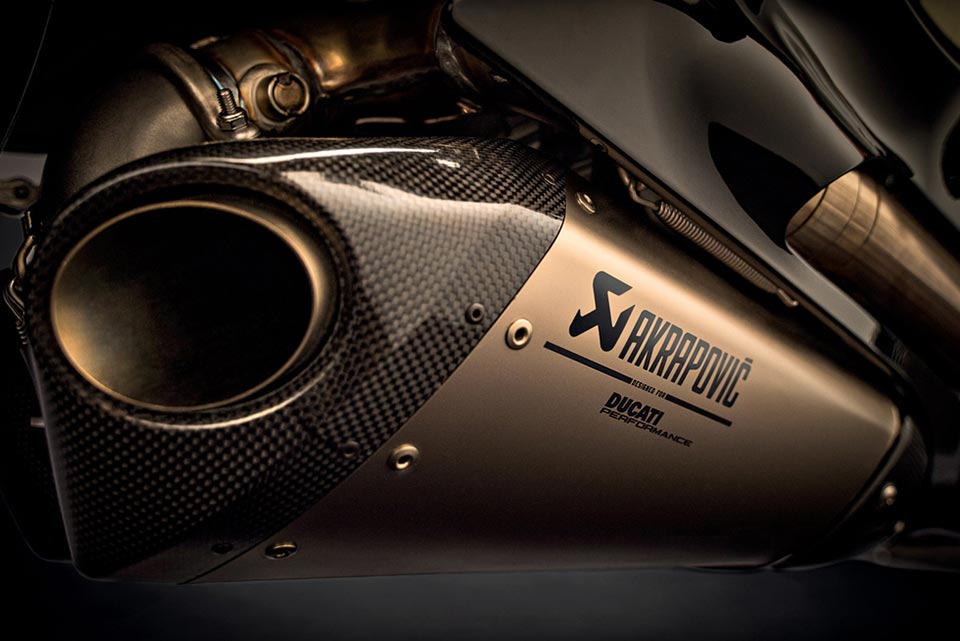 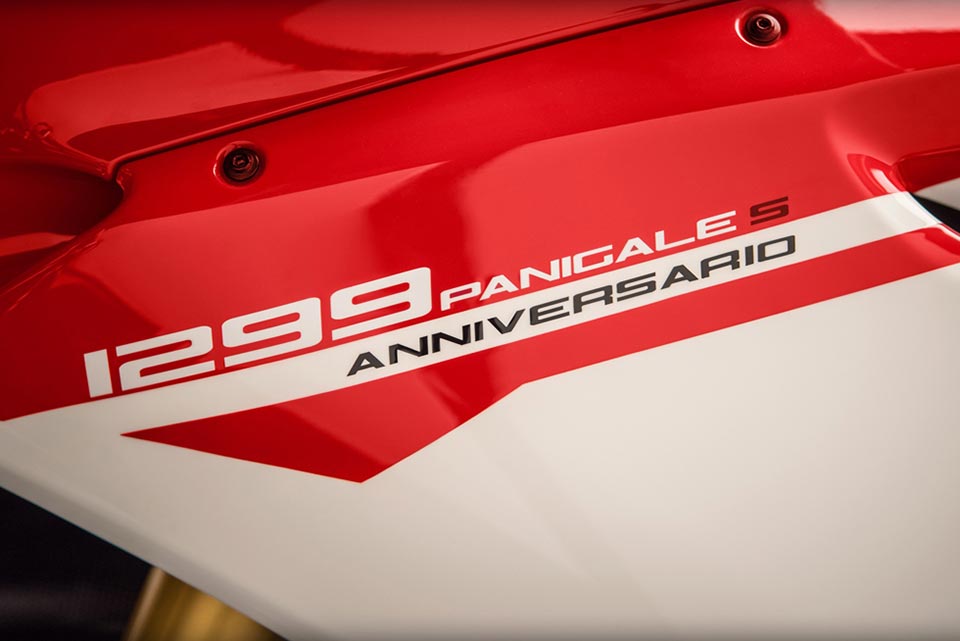 If you’re going to shell out $32,000 (about PhP 1.5M) for this limited edition machine, might as well dress for the part. The Ducati SuMisura project can provide you with bespoke leathers, customized to your physique and graphic requirements. 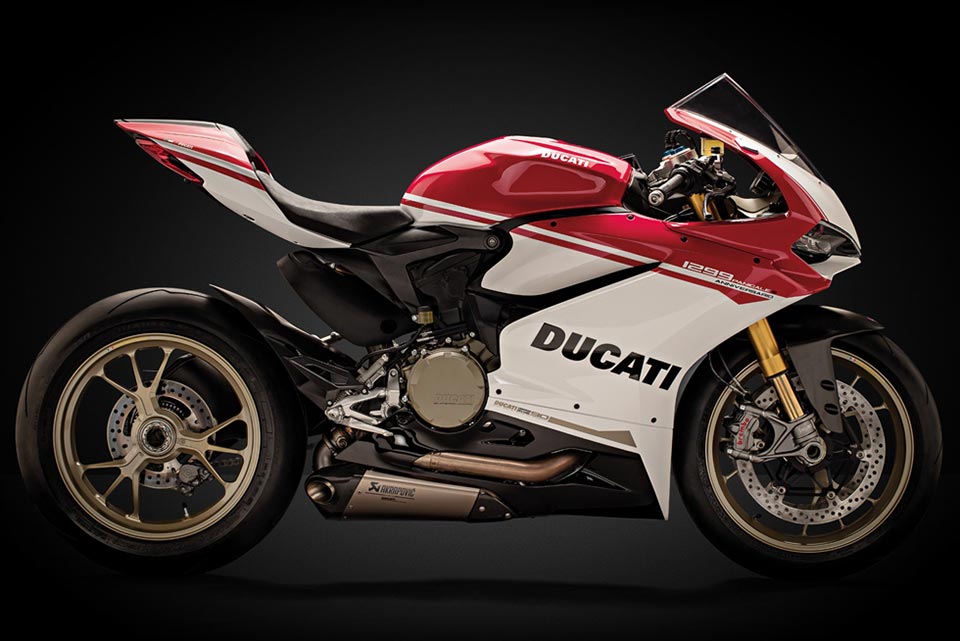 Each Panigale S Anniversario will get a unique number laser-etched on the steering head to indicate its unique place amongst 500 units. Can-Am turns the Spyder F3-S into a tire slayer