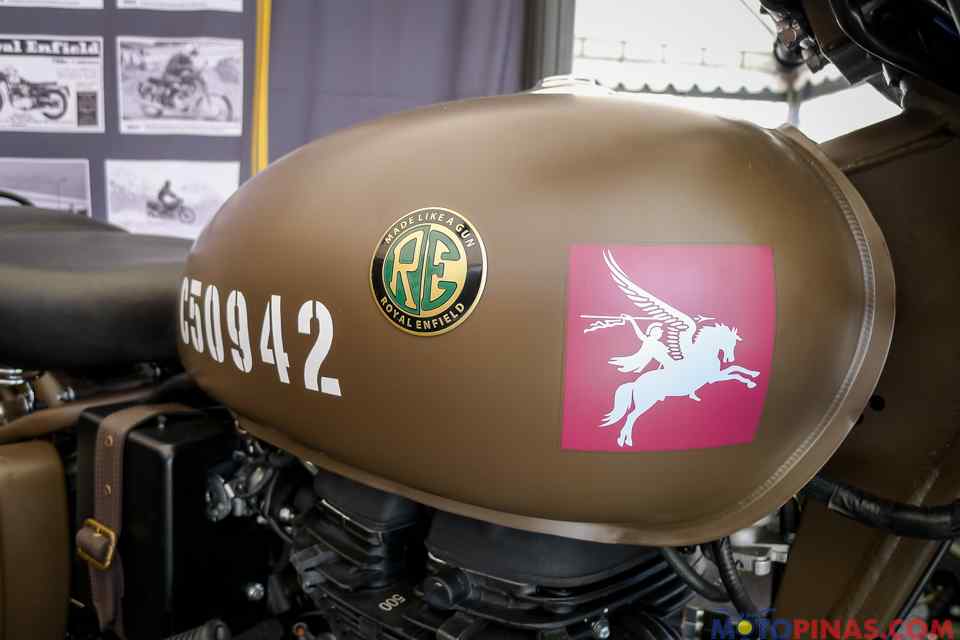 The ‘Pegasus’ is inspired by the legendary RE/WD Flying Flea 125 motorcycle that was manufactured at Royal Enfield’s underground facility in Westwood, UK during World War II. Conceived as a tribute to the Flying Flea and Royal Enfield’s military heritage, the Classic 500 Pegasus offers fans of the brand a chance to own a piece of motorcycle history with only 1,000 units available globally, of which 6  were allotted to the Philippines.

Each motorcycle has its military style serial number, e.g. C50xxx with the last three digits being the production number, ranging from 0-999. It also features a, “Made like a Gun” emblem and has the mythical Pegasus insignia on the tank. 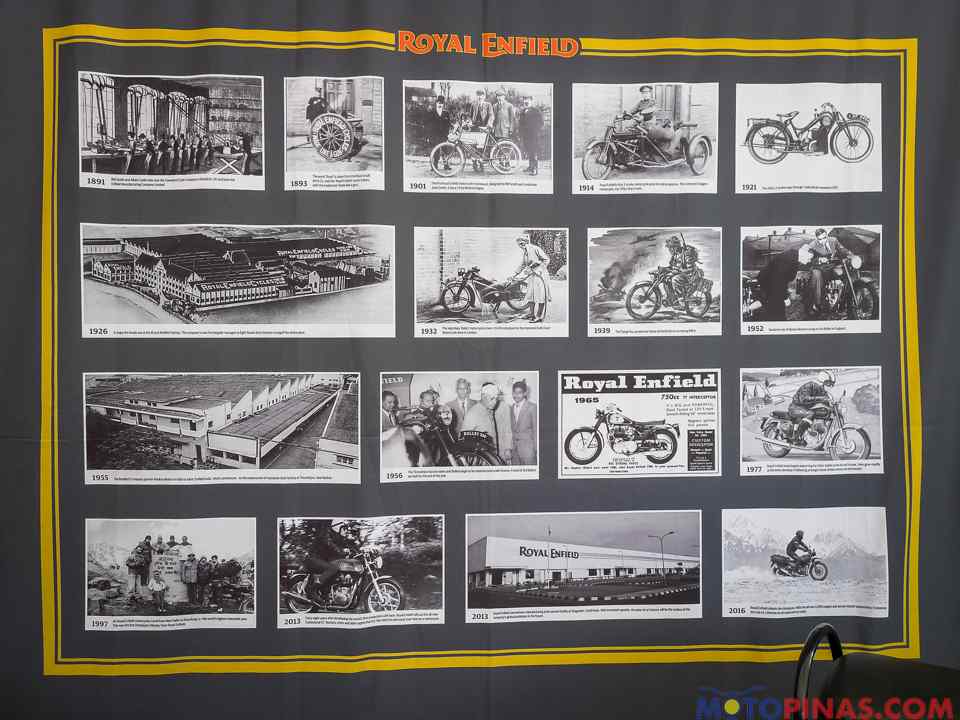 “The Royal Enfield had a long association with military motorcycles and with the military in general so we as a brand started manufacturing component parts for munitions and rifles as far back as the 1800s,” said Mark Wells, Head, Product Strategy Royal Enfield. During World War II, the “Flyling Flea” – a 125cc, 2-stroke motorcycle that can run on any type of fuel and is only 59kg, was used by British Paratroopers behind enemy lines to establish communications where radio contact with troops could be too far from base. 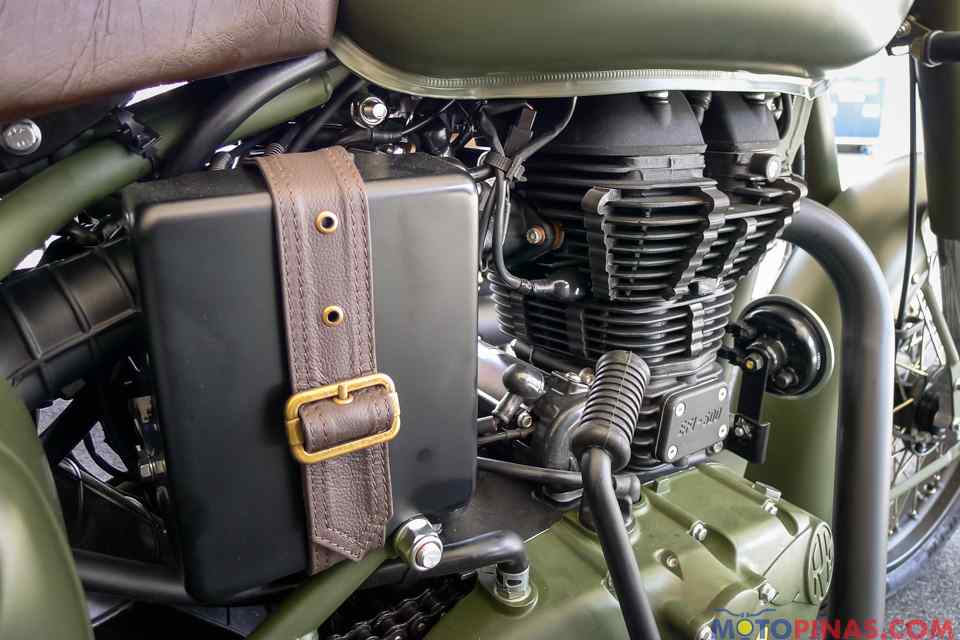 “It was such an important part of the brand and our heritage and where we come from: the uniqueness of the Flea is the story that it wants to tell. Lots of manufacturers made dispatch bikes but the Flying Flea was very much the only one that was used as a proper motorcycle bike by airborne troops during D-Day and [the Battle of] Arnhem,” Wells added. 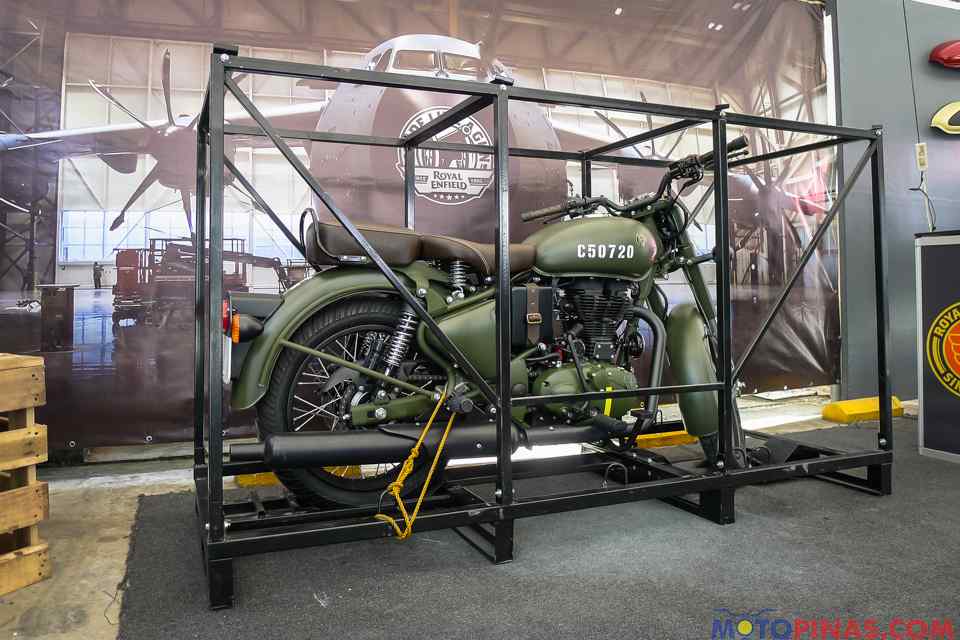 Attention to detail was also critical in recreating the bike, evidenced by the inclusion of the yellow stripe just beside the foot pegs. "The yellow stripe on the side of the engine cover which originally would have been used to define the center of gravity of the motorcycle, which obviously doesn’t mean anything but we like that attention to detail and making it about right.” said Wells. 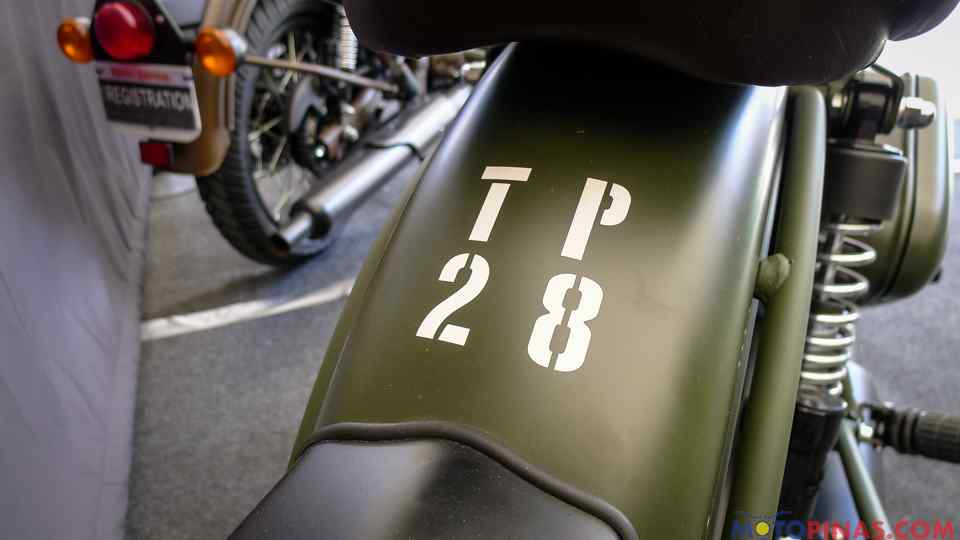 Royal Enfield Pilipinas Manager, Onie Pagkalinawan, mentioned during our small talk that the 6 units were already sold out shortly after its announcement.

Just a week after its launch, Yamaha turns over the first 155 units of the Aerox S.