The KTM RC Cup Asia, formerly exclusive European and American racing series, is coming to the region for the first time, with its debut event to be held at the Sepang International Circuit in Malaysia this March to November 2017. 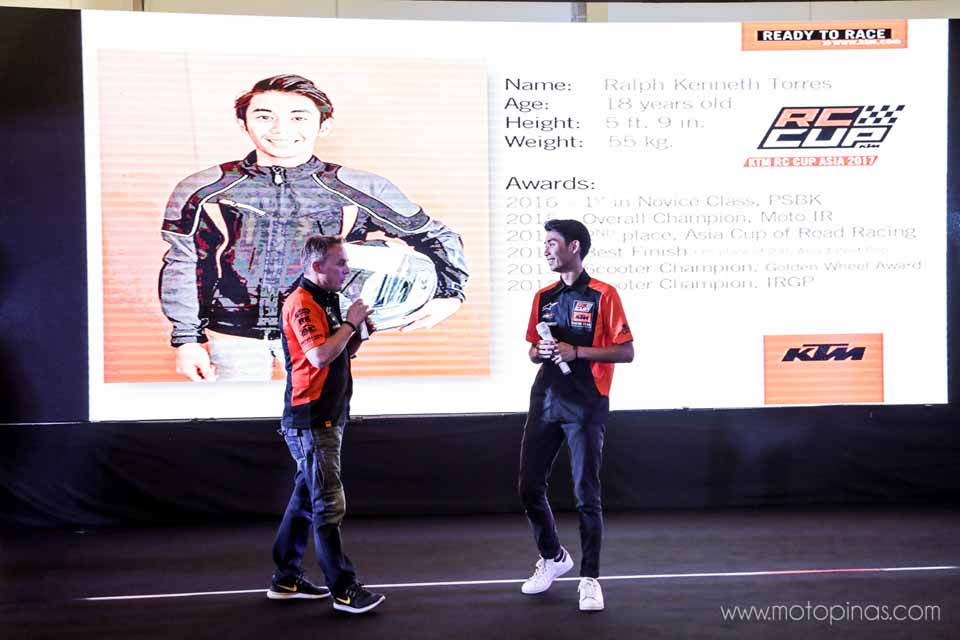 The KTM RC Cup Asia has three categories – Orange, Silver, and Bronze. The Orange class is open to riders aged 14 to 22 who will race using KTM RC 390 race bikes with no modifications. Silver and Bronze, on the other hand, are for track-adapted standard KTM RC 390 and KTM RC 250/200 bikes and have no age limit. Torres will be participating in the Orange cup.

KTM motorcycles are manufactured in the Philippines by KTM Asia Motorcycle Manufacturing Philippines, Inc. (KAMMI), a joint-venture partnership between Adventure Cycle Philippines of the Ayala Group and KTM AG of Austria.

Honda shows off new models, revives an old one and adds new variants Yamaha ups their big scooter game with the Aerox