Adventure Cycle Philippines, Inc. (ACPI), official importer and distributor of KTM motorocycles in the Philippines, kicked off its plan to visit key cities in the country with an event series called, the Orange Day Tour.

The events hope to spread brand awareness and excitement all around the country, starting with Cebu City, Bacolod, and finally in Alabang.

“Our goal is to build and strengthen the KTM community in the Philippines. We would like to spread Orange across the nation and we will do this by expanding our dealer network. We are targeting to have 31 stores by the end of 2017,” said ACPI President and Chief Operating Officer, Dino Santos.

ACPI currrently has a total of 19 dealers nationwide and will be opening 5 stores in the next few months. 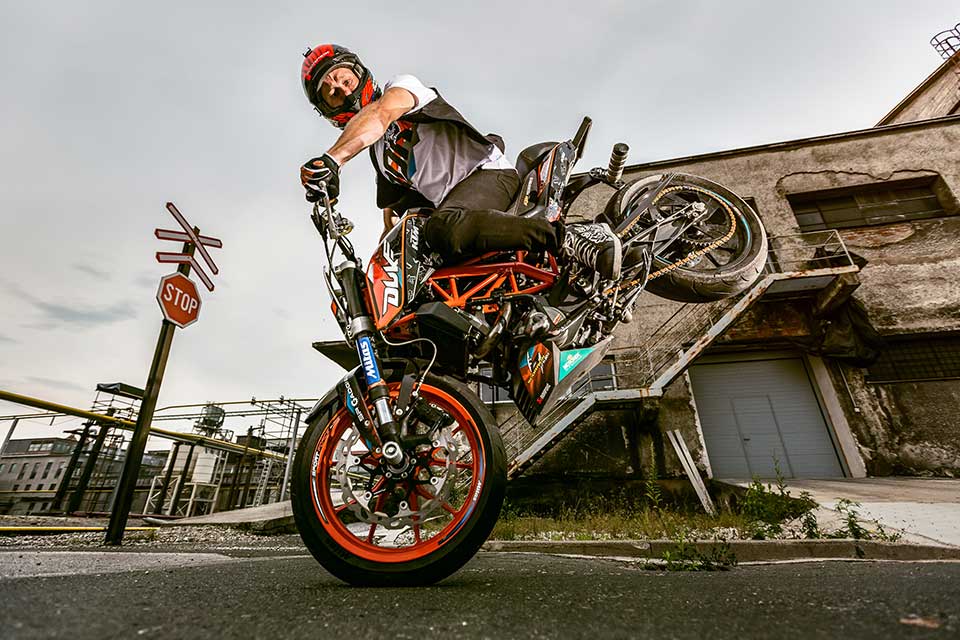 The KTM Orange Day Tour events will have a showcase of the different KTM motorcycles, test rides, raffles and stunt shows from KTM international stunt rider, Rok Bagoros. The Slovenian rider first showcased his talents at the opening of the KTM BGC flagship store last September 2016. The event is open to all motorcycle groups/clubs regardless of brand. Special awards will also be given to the Biggest Motorcycle Group present during the event. 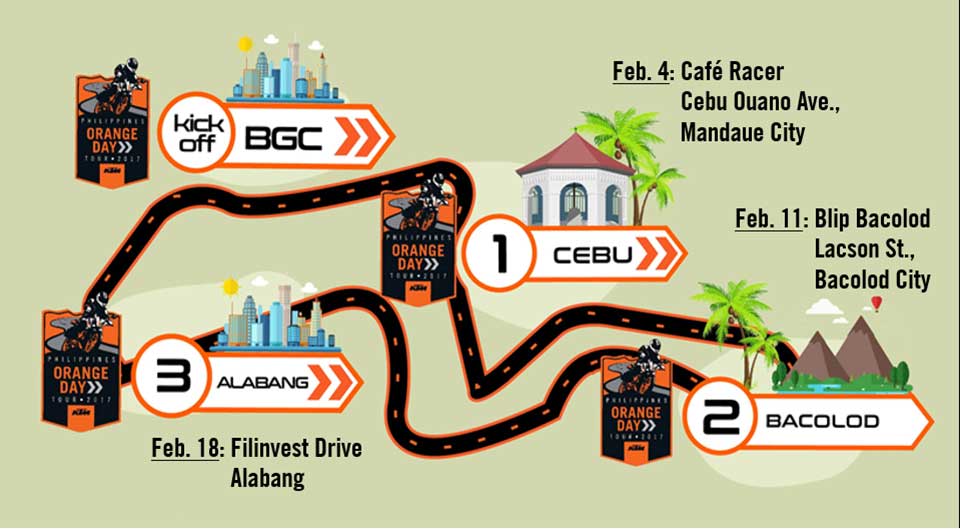 The tour will start on Feb. 4 in Cafe Racer, Ouanio Avenue, Cebu City. It then flies to Blip Bacolod, Lacson St. Bata Highway, Bacolod on February 11. The tour will culminate in Filinvest Drive, Alabang on February 18.

This event is just one of the many initiatives that ACPI will be doing this year, guided by the “One KTM“ philosophy among its dealer partners.