On December 15, 2017 KTM celebrated the grand launch of its newest dealership in Muntinlupa. Just like the shop along Daang Hari Rd. in the next-door City of Las Piñas which opened around the same time last year, the spot in Muntinlupa is also located in a Caltex gas station. 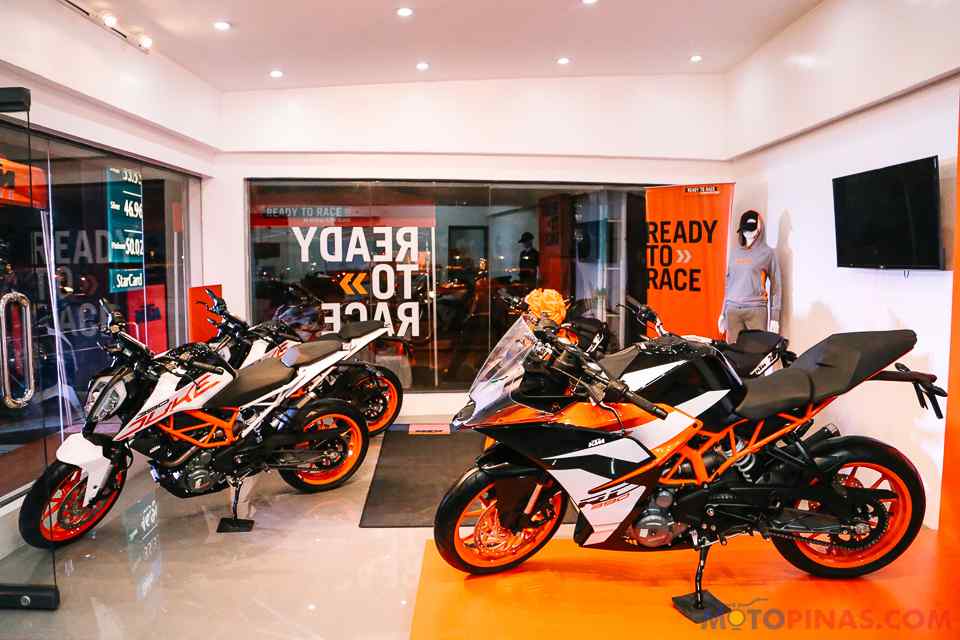 KTM Muntinlupa can be found around Km 23 at Caltex, West Service Rd. The compact space features clean white walls and funky diagonal architecture. Naturally, the brand’s trademark orange makes everything pop. Current models on display include some of the Austrian company’s most popular bikes like the RC390 sport bike (279,000 PHP), along with the 200 and 390 versions of the standard Duke (147,000 PHP and 268,000 PHP, respectively). 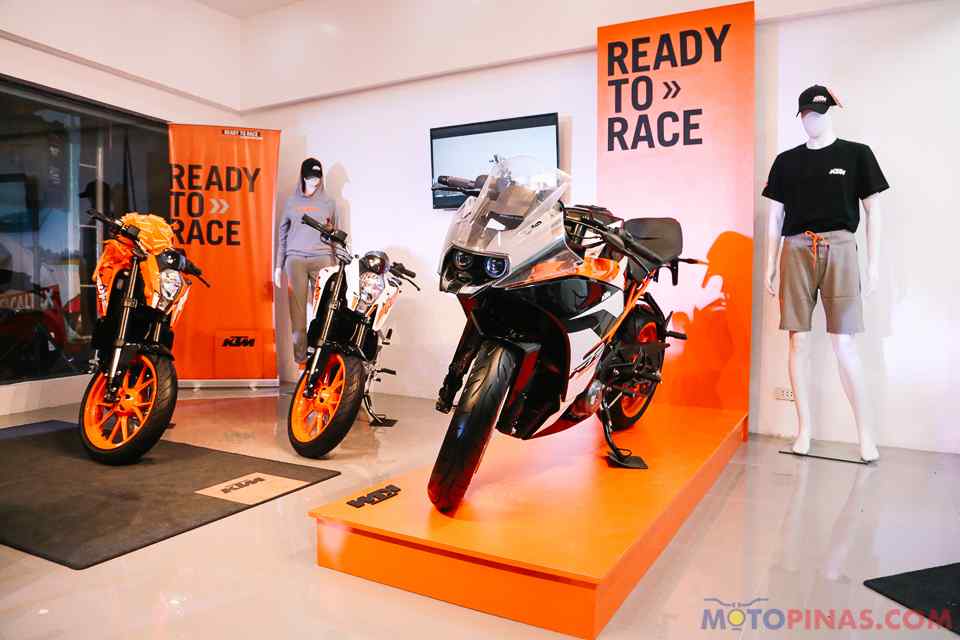 The opening festivities started in the afternoon and went on into the night. To usher in the holiday season, food and drinks were served along with raffled prizes. The branch’s opening is an additional step taken by KTM to expand brand awareness and accessibility for riders in the South of Metro Manila. The KTM Southside motorcycle group attended the launch to enthusiastically welcome the dealership to their turf. 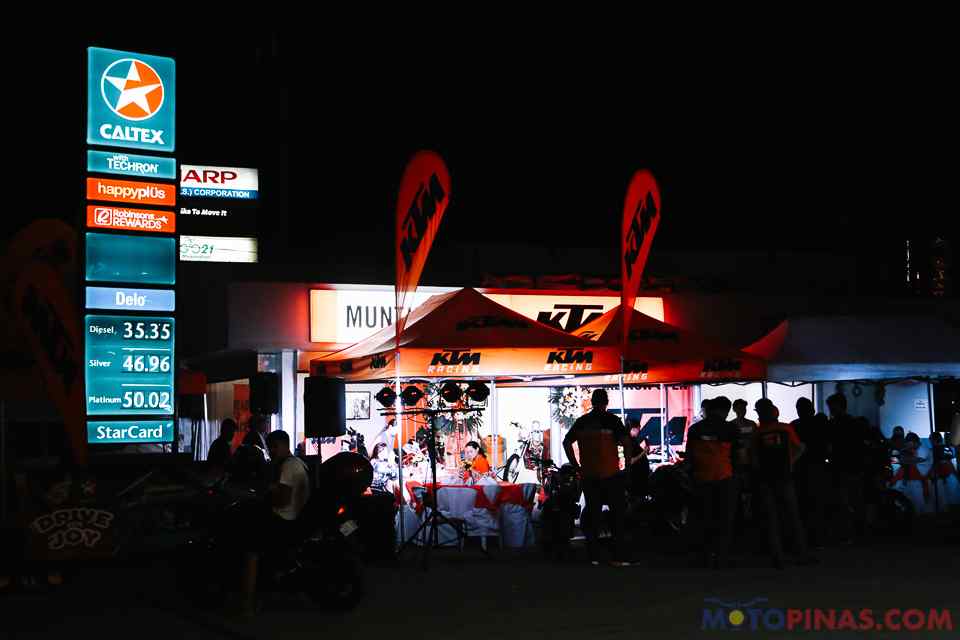 Contact KTM Muntinlupa through 0917-892-2303 or 02-809-5510 to inquire on motorcycle pricing, installments, and deals. The new branch is open Mon-Fri from 9 AM to 6 PM, and Sat-Sun from 9AM to 4 PM. KTM is exclusively distributed by AVB Motorhub Pilipinas under Adventure Cycle Philippines, Inc. of the Ayala Group.