At the recently concluded EICMA 2017, a joint venture between India’s Kinetic Group and the UK’s Norton Motorcycles was announced. Kinetic Norton will begin selling completely built units from the UK in India, and will start assembly by late 2018.

The new partnership, signed by Kinetic Managing Director Ajinkya Firodia and Norton CEO Stuart Garner, will form a new entity called Kinetic Norton — with 51% owned by Kinetic and 49% by Norton. Norton bikes will make their way to India in early 2018.

The first available models will be the UK-built 961cc Norton Commando and Dominator. The Commando 961 Sport and Commando 961 Café Racer will be inititally launched in India, as all-British limited editions... Followed by the Dominator and Domiracer.

At the end of 2018, Kinetic Norton’s operations will begin in earnest at Kinetic Motoroyale’s plant in Ahmednagar, Maharashtra. Norton will be sharing intellectual property, designs, and engineering knowledge with Kinetic in order to assemble existing Norton bikes. A brand new range of motorcycles and engine platforms is being developed by Norton as well, which Kinetic will also have access to. 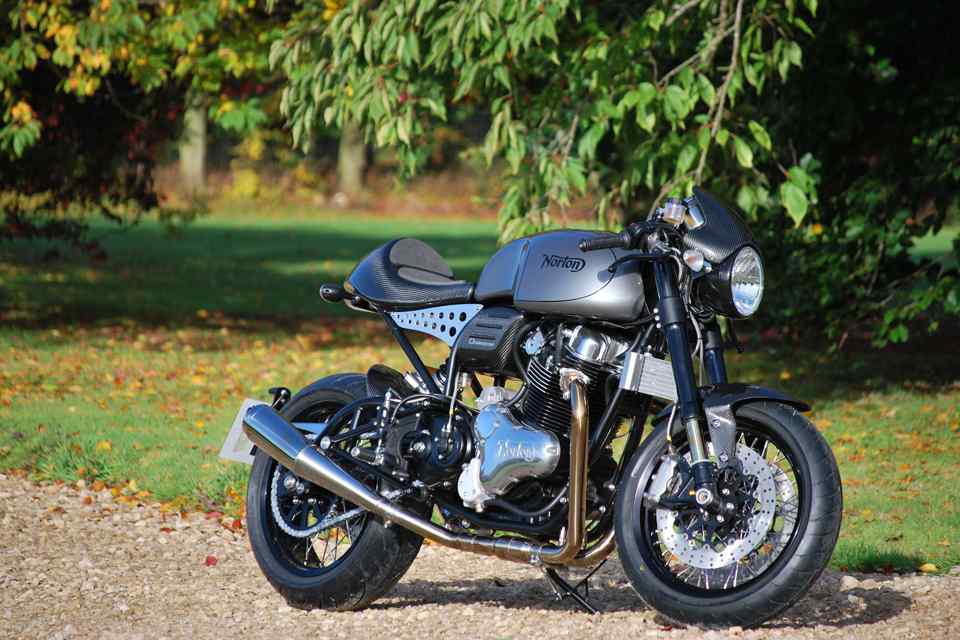 Once Kinetic Norton is up and running out of the Ahmednagar plant, the aim is to export motorcycles to Southeast Asian nations. The joint venture expects the Asian market to receive one third of Norton’s global sales.

"Norton has a unique place in motorcycle history. We have been hand building gorgeous bikes in England for many years. We are now taking the next big step forward and delighted to form this alliance with the Kinetic group. I believe that the style, passion and beauty of Norton products coupled with the experience of Kinetic will make a winning combination and deliver a fabulous range of Norton motorcycles across the ASEAN territories," said Stuart Garner. Exotic boutique builder Confederate will rebrand as Curtiss Motorcycles and use electric motors by Zero next year.