Harley-Davidson (H-D) is finally entering the 21st-century landscape of increased competition and emerging markets. Its “More Roads to Harley-Davidson” strategy for global expansion includes ambitious plans to fly from its cruiser-centric nest by offering different types of motorbikes. Aside from announcing its intentions to produce small-displacement 250cc to 500cc bikes for emerging markets in Asia, the American brand also revealed prototypes for exciting new models, including the previously announced LiveWire electric motorcycle, a 975cc Streetfighter, the 1,250cc Pan America adventure tourer, and a future custom model. 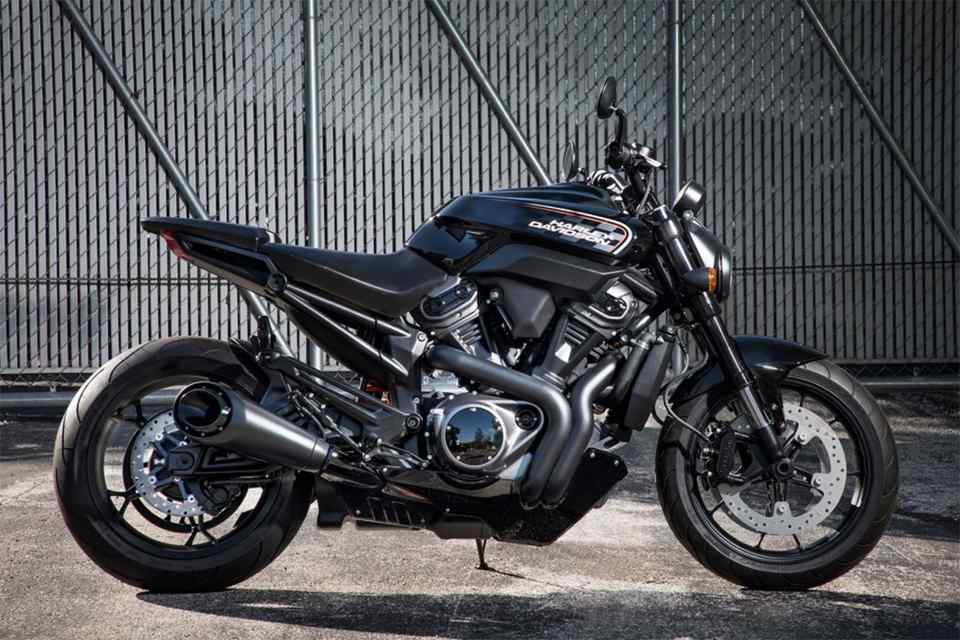 Coming in 2020 will be a liquid-cooled 975cc streetfighter model along the conventional lines of a true sports naked. Michelle Kumbier, H-D Senior Vice President and COO, revealed the company’s plans to also offer partly faired models. This is not the brand’s first foray into sporting territory. It’s had experience working with the likes of Erik Buell, who founded H-D’s former subsidiary Buell Motorcycle Co. and even helped develop the homologated the Harley-Davidson VR1000 superbike for AMA road racing back in the ‘90s. 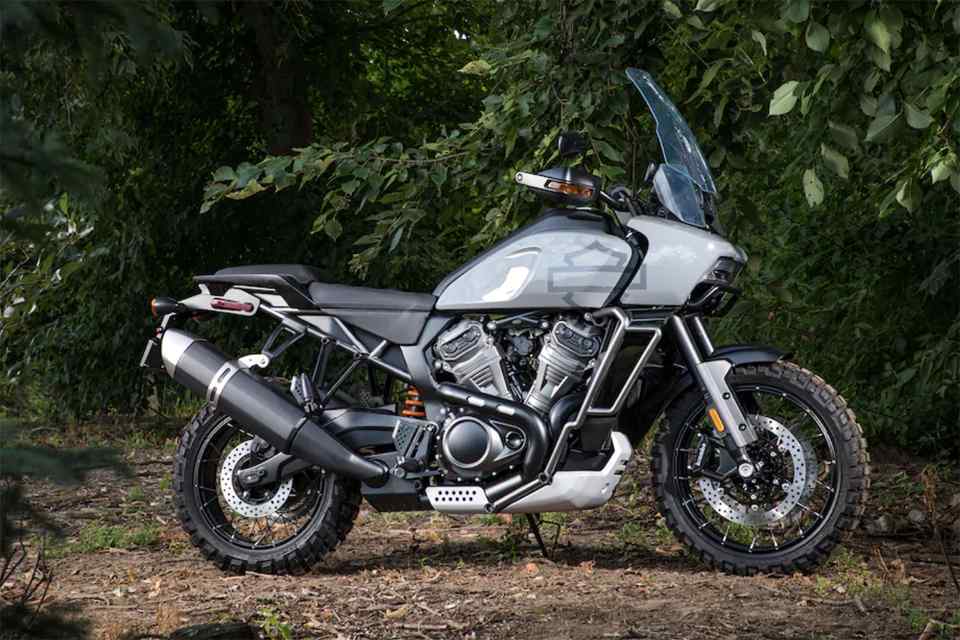 The Harley-Davidson Pan America adventure touring bike will also be launched in 2020, powered by a 1,250cc V-twin. H-D promises to load it with all the features and technology required for its long-distance, rugged designation. 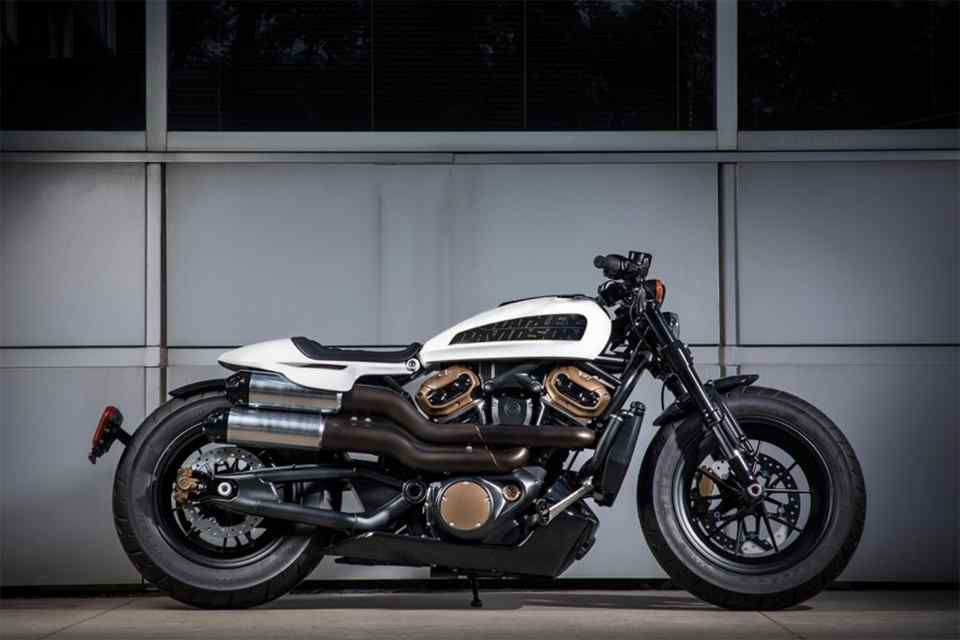 H-D is working on a future custom model for 2020 that will cater to the retro crowd and bike builders. This prototype's standard silhouette feels aligned to what the company was trying to do with the Street Rod — except instead of the 749cc Revolution X engine, the new bike will get a 1,250cc V-twin. 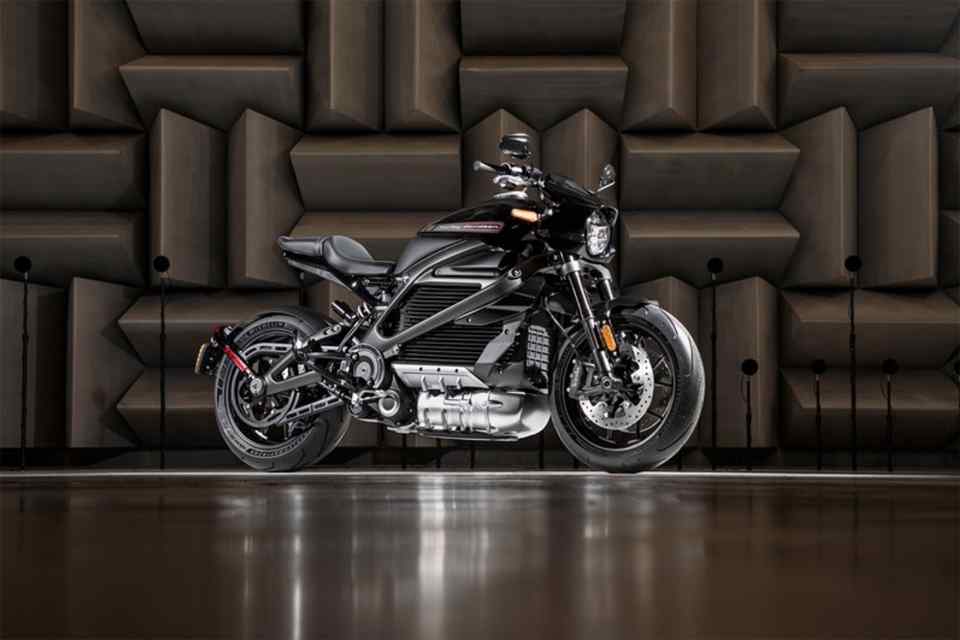 H-D invested in the LEV manufacturer Alta Motors earlier this year, coinciding with a plan to release a production version of its Project LiveWire electric concept by 2019. H-D intends to offer more electric bikes thereafter. 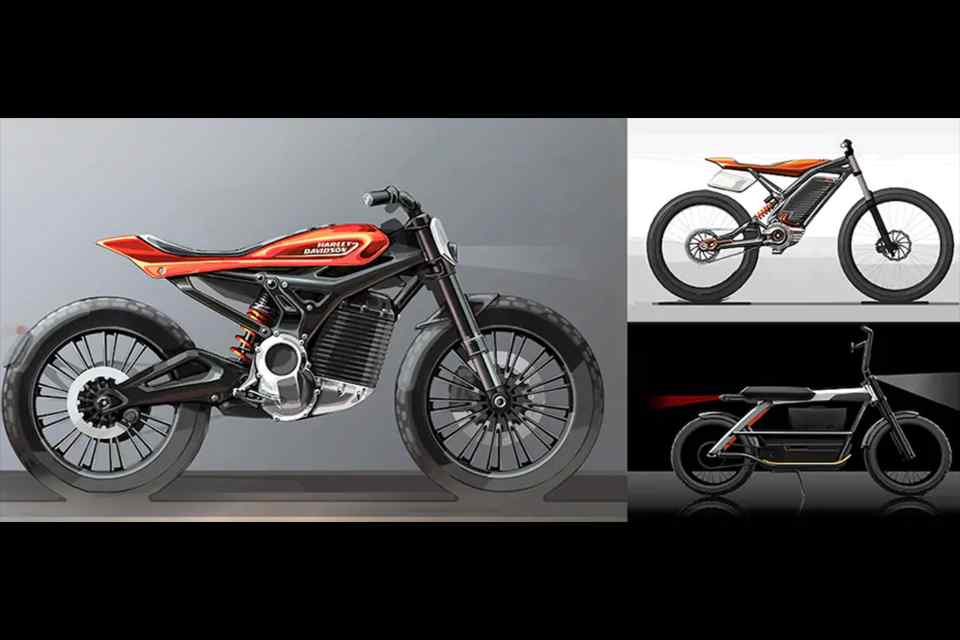 These are concept drawings provided by Harley-Davidson, showing the company’s direction for producing more LEVs. The images depict a street tracker, scooter-esque mini bike, and even what looks more like an electric bicycle.

“We have typically been very conservative. This is very different for us to kind of just blow the doors off and tell you everything that we’re going to be doing over the next five years. It’s just not what we have done, but we are so excited about the direction that we’re going and all the different things that we’re doing that we wanted to get this out into the marketplace right away,” said Michelle Kumbier.

Harley-Davidson has filed a patent for a system that could apply the brakes automatically if it detects a potential collision ahead. Harley-Davidson is finally building something other than cruisers, with the announcement of its first adventure touring bike.