Automatic Emergency Braking — a safety feature which scans for slow vehicles ahead and automatically applies the brakes if they suddenly slow down or stop — could soon find their way to motorcycles. 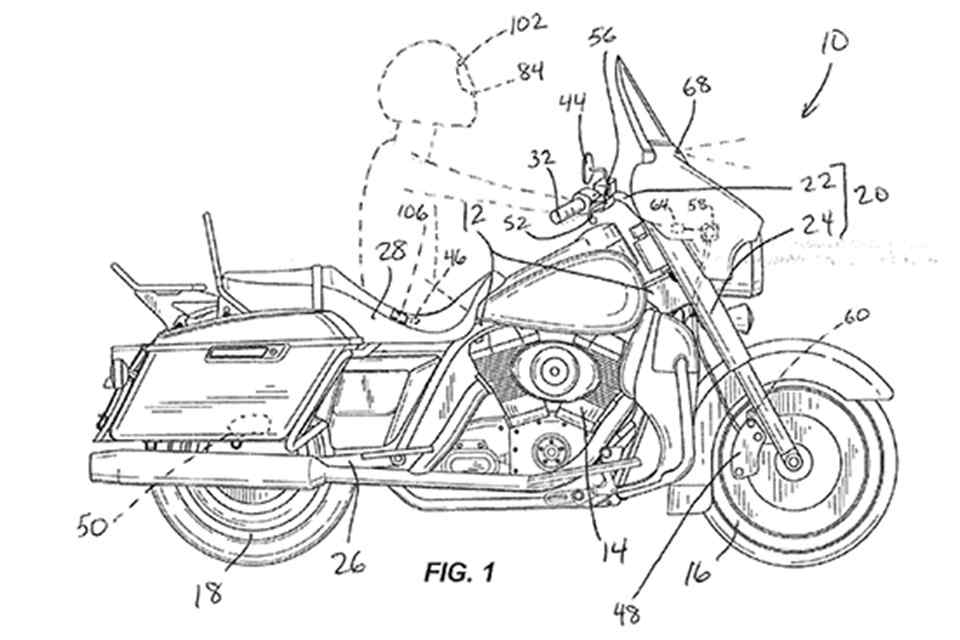 Motorcycle.com has reported that Harley-Davidson (HD) has filed a patent application for the system for its motorcycles. Already equipped on cars like the current crop of Volvos, and select Ford, Nissan, and Subaru models, the system makes use of various sensors, cameras, and RADAR or LIDAR to scan the road ahead for any potential hazards. This data is then processed by a control unit and determines if a collision is imminent and automatically applies the brakes if the rider has not reacted in time.

While in theory, it may seem like a good idea, there are also risks involved with a system that can apply the brakes by itself without the rider's knowledge. For one, the rider may suddenly lose balance and crash the bike, or worse, be thrown off the bike.

HD is well aware of these risks, and as such, has included additional sensors to determine if the rider is paying attention and ready to respond to the emergency braking. The patent includes sensors in the grips, seats, and possible cognitive sensors in the instrument panel and even helmet to track a rider’s eyes, and therefore, attention. 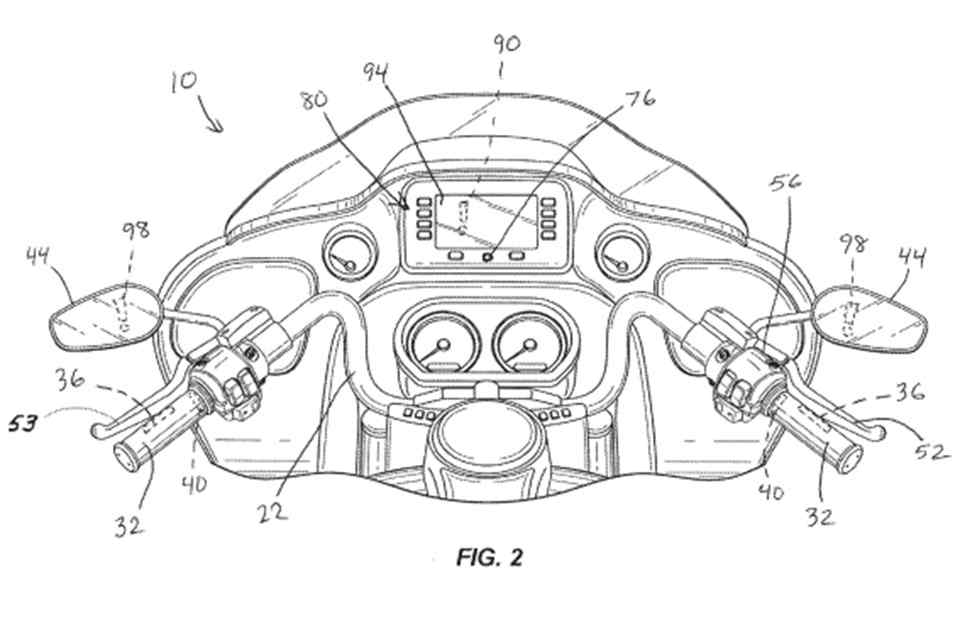 If the sensors determine the rider is ready, then the AEB is activited. If the rider is not ready, various warning indicators will be triggered in the form of lights on the mirrors, display, audio cues or even vibration from the handlebars or seat. It's also possible for the system to apply the brakes in pulses, just enough for the rider to feel the change in speed. If the rider still doesn't respond, the system will step in and attempt to slow the motorcycle.

The system is also designed to assist if the rider has already reacted to the potential danger, applying additional brake pressure if it determines there isn't enough.

Finally, the system also takes into account the possibility that it is safer to avoid rather than slow down. The patent also describes how the braking system can be overrridden if the sensors determine the driver has decided to avoid the obstacle, in which case, the AEB may even be detrimental.

Being a patent, it does not indicate which model HD plans to install it in, nor any timeline for its release. It's a good indication, however, that HD is at the very least, working on the innovation. It's very likely that it will first be rolled out on the more expensive models before finding itself installed across the range.

Honda continues its Riders Convention series with its Mindanao leg, staged at the Davao Convention and Trade Center. Harley-Davidson has just announced its plans to offer greater variety in a major push for global expansion.