Gulf Oil Philippines has recently launched Bajaj's latest range of motor oils, the DTS-i Oil. Bajaj DTS-i is part of a new line of engine oil which is said to be specially formulated to keep Bajaj engines operating at peak performance for longer drain intervals even in harsh conditions. The new oil also features new technology to help protect the engine against wear, corrosion and damage. 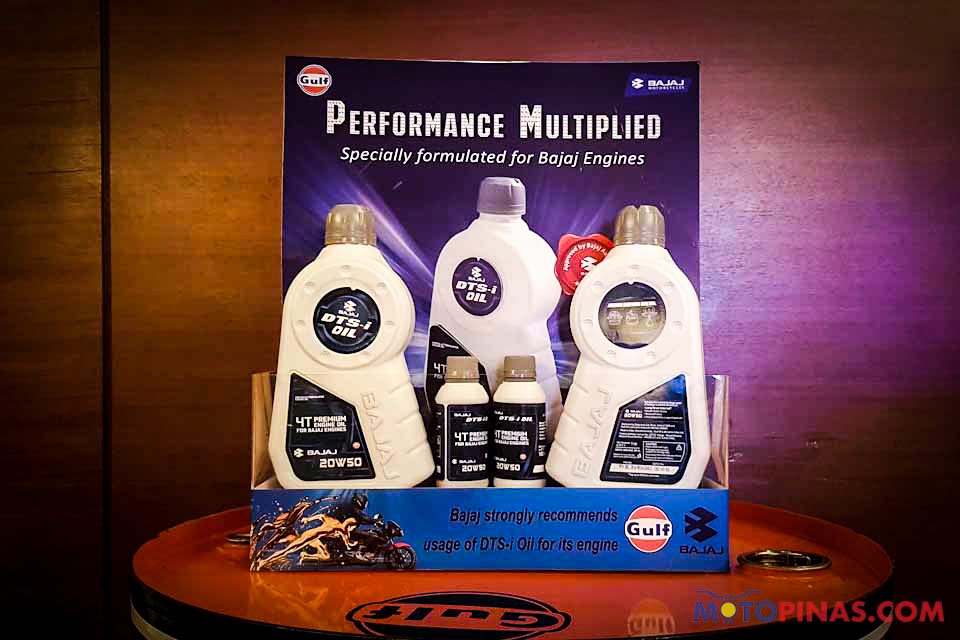 The new line of lubricants were developed by Bajaj engineers, and have been tested extensively to compliment and optimize performance of their engines. The Bajaj DTS-i has a formulation that is good for 5000km long drain interval, and is available in two variants, 10W-30 for bikes up to 100cc and 20W-50 for bikes above 100cc.

A strategic tie up between Bajaj Auto Limited and Gulf Oil has been established where in the latter would produce the new oil using their modern manufacturing facility. It will also be marketed by Gulf oil utilizing their strong presence in key markets of Bajaj Auto Limited. 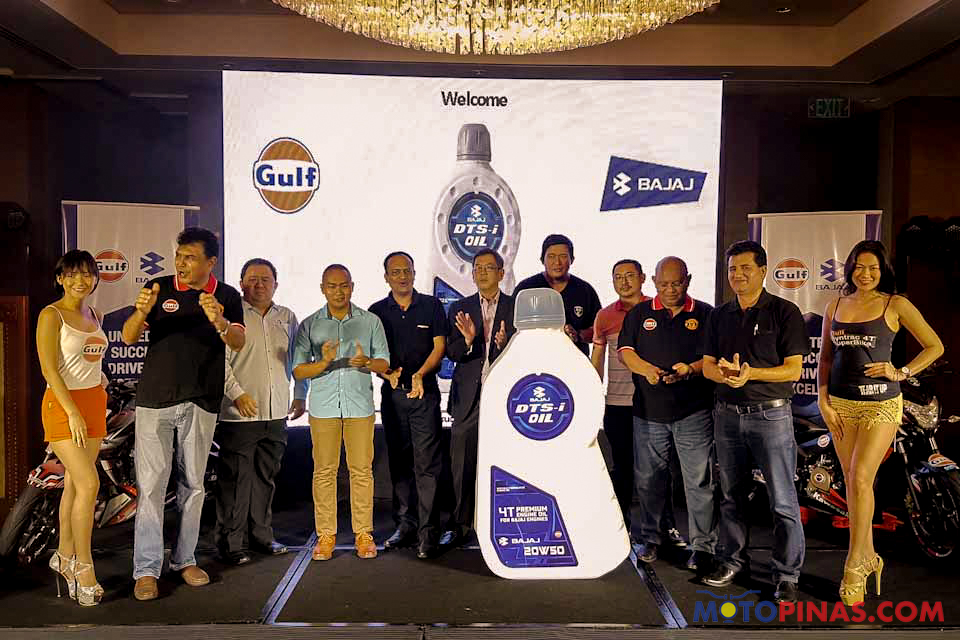 “We feel proud to introduce Bajaj Genuine Oil in [the] Philippines as it would strengthen our range of premium motorcycle oils and enhance our rich legacy of quality, endurance and passion,” said Mr. Arvind Dargan, General Manager of Gulf Oil Philippines Inc.

Present as well at the launch were senior officials from Bajaj Auto Limited, Gulf Oil and Kawasaki Motors (Phil) Corp, along with valued customers and presidents of Rouser Clubs. New Bosch technology aims to alert cars of nearby bikes

Bosch research finds that vehicle connectivity could prevent one third of motorcycle accidents.