The SuperSport name goes all the way back to the ‘70s and persisted with its iconic trellis frame and several facelifts well into the late 2000s. The ‘90s 900SS was even immortalized by one of the most famous (and most hilarious) pieces of motorcycle journalism ever, “Song of the Sausage Creature” by literary maverick Hunter S. Thompson—originally published in Cycle World Magazine. The name was then dropped in favor of Ducati’s then-new SportClassic line.

At this year’s INTERMOT show in Cologne, Ducati announced the 2017 SuperSport and SuperSport S which will be available next spring. The move is Ducati’s crowd-pleasing answer to the demands of a real world market: power, manageability, safety, technology, distance, and comfort… Ducati has revived the SS name and kept it connected to a trellis frame, but this is a brand new bike with a bit from this, a bit from that, and a totally different spirit. 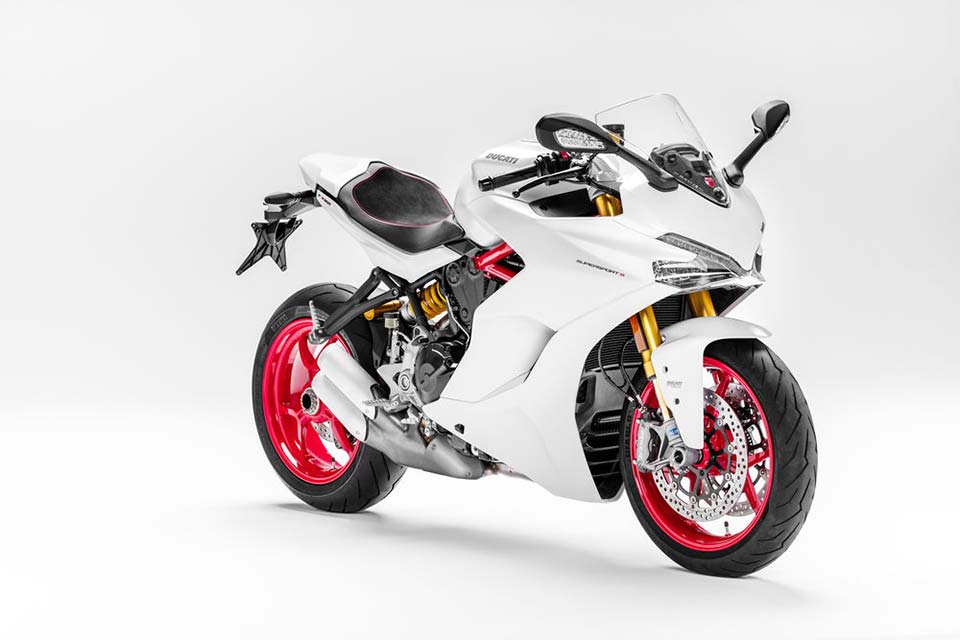 The liquid-cooled 937cc Testastretta 11° L-twin engine in the SuperSport is from the Hypermotard 939 with tuning tweaks that bring more power to lower revs and elongate drive ratios. Riders get 96.7 Nm of torque at 6500 rpm and 113 PS at 9000 rpm.

The 6-speed SuperSport has a mechanically operated wet multiplate clutch and ride-by-wire electronic fuel injection. Suspension on both ends is fully adjustable thanks to 43mm Marzocchi forks and a Sachs mono shock for its aluminum single-sided swingarm. The SuperSport S swaps those out with adjustable Ohlins systems. The S trim is also comes with the Panigale’s Ducati Quick Shift, which affords clutchless downshifting and upshifting while staying on the throttle.

The motorcycle is outfitted with the Ducati Safety Pack as seen in the Hypermotard—an electronic suite with ABS and traction control riding modes. In the SuperSport those modes correspond to Sport, Touring, and Urban. 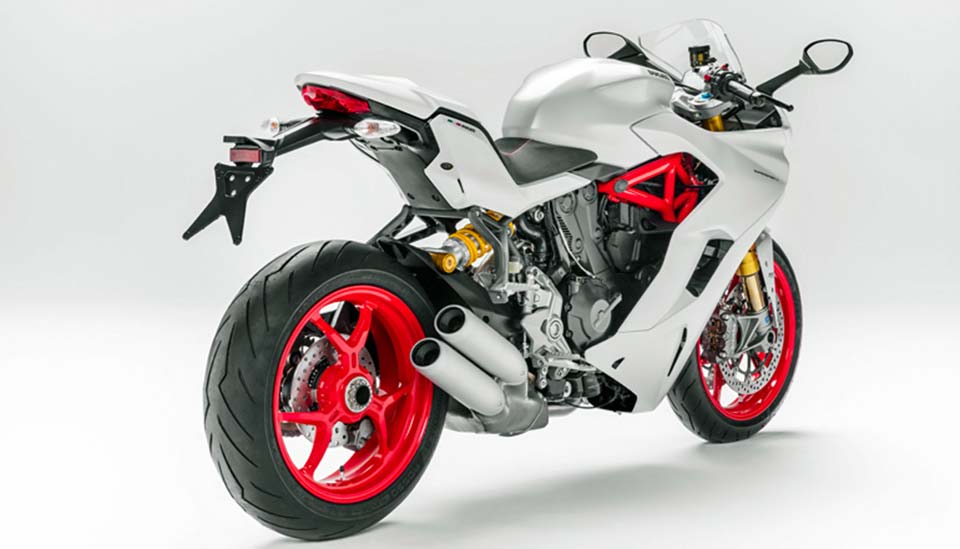 The biggest draw is the riding position made more upright thanks to the layout of the seat and higher handlebars. The new Ducati SuperSport comes with a 810mm seat height that can be further lowered by 20mm with accessories. The 16 L steel tank is meant for longer range and can take magnetic tank bags. A windshield is adjustable and can be raised by 50mm for better coverage and other accessory options include heated grips, bigger pillion grab rails, and even semi-rigid panniers.

The SuperSport is neither a sports tourer nor is it a super bike. With its relaxed seating position, Ducati is making a versatile sport bike that boasts high performance without sacrificing too much comfort. The SuperSport is for the rider who wants a bit of everyday practicality, aggressive streamlined looks, and the ability to go farther and longer. It can be whatever you make it. New Shoei RF-SR helmets aims to be most durable model