Catanduanes Congressman, Cesar V. Sarmiento, has asked the Department of Interior and Local Government (DILG) to strengthen the enforcement of the Mandatory Helmet Law (RA 10054) nationwide during the department’s budget hearing in Congress last week. 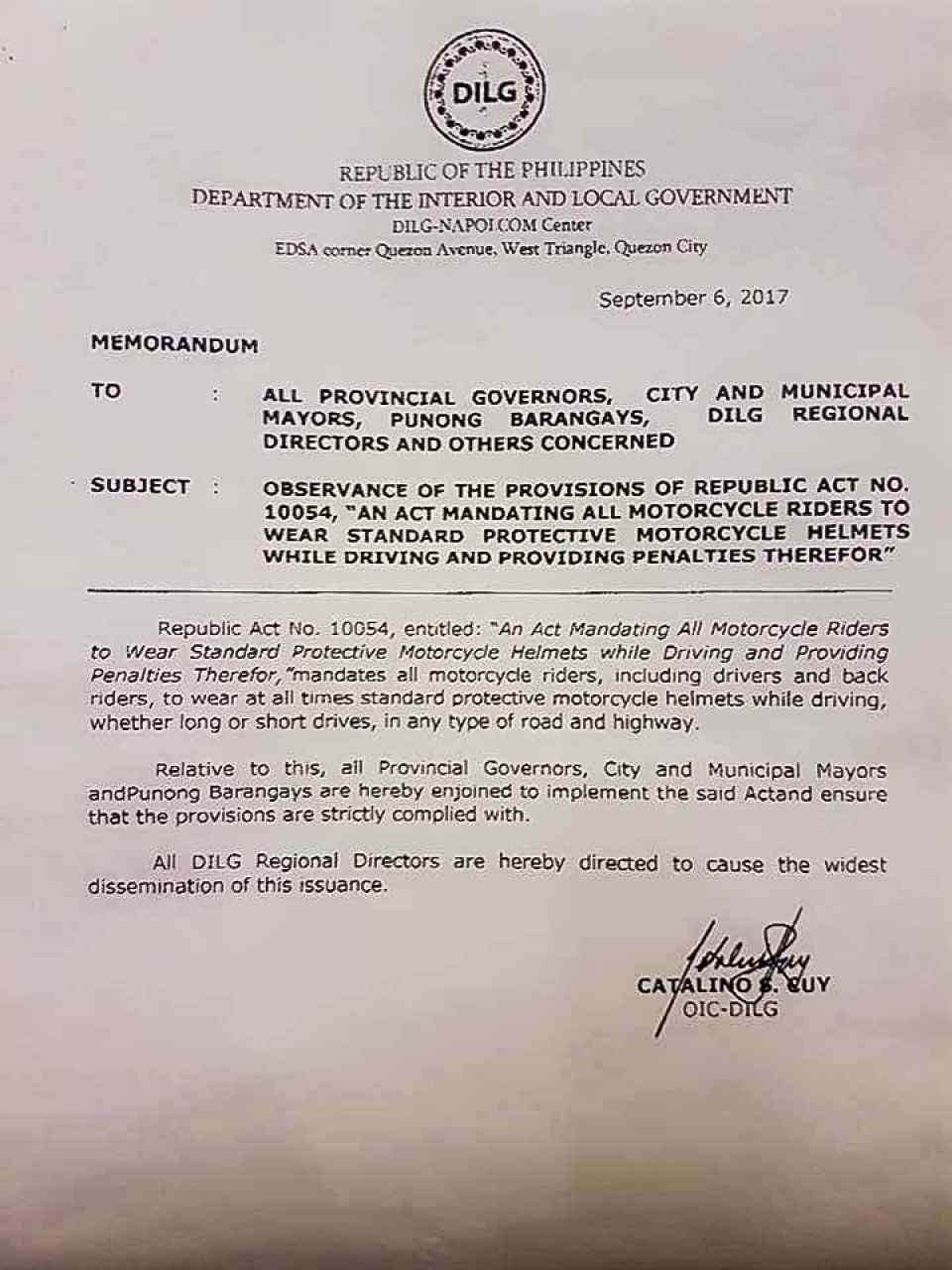 In response, the DILG issued a nationwide memorandum to enforce the Motorcycle Helmet Act, which requires riders of motorcycles to wear a helmet.

The circular also requests provincial governors, city and municipal mayors as well as baranggay captains to ensure that the provisions are strictly complied with.

Last August, authorities in Dasmariñas, Cavite passed a local ordinance to implement a "no helmet policy" after a number of shooting incidents by suspects riding in tandem on motorcycles have been reported. This was despite the presence of an existing law, the Motorcycle Helmet Act, which requires riders of motorcycles to wear a helmet.

The local government unit said that, aside from the "no helmet policy" ordinance, they also set a speed limit for motorcycles and conducted stricter inspections at checkpoints.

The move was made in order discourage crime as well as to help apprehend the suspects behind the series of shooting incidents.

This move, however, was met with strong criticism from various groups as it runs contrary to the Motorcycle Helmet Act. Suzuki will show off the SV650X neo-retro concept as well as a scooter, lightweight sport bike and MotoGP bikes at the Tokyo Motor Show.