BMW Motorrad is fond of unveiling special custom and concept motorcycles at the annual, prestigious Concorso d’Eleganza Villa d’Este. At this year’s extravaganza of classic two and four-wheelers on the shores of Lake Como, BMW chose to hold the world premiere of its newest prototype, the Concept 9cento. 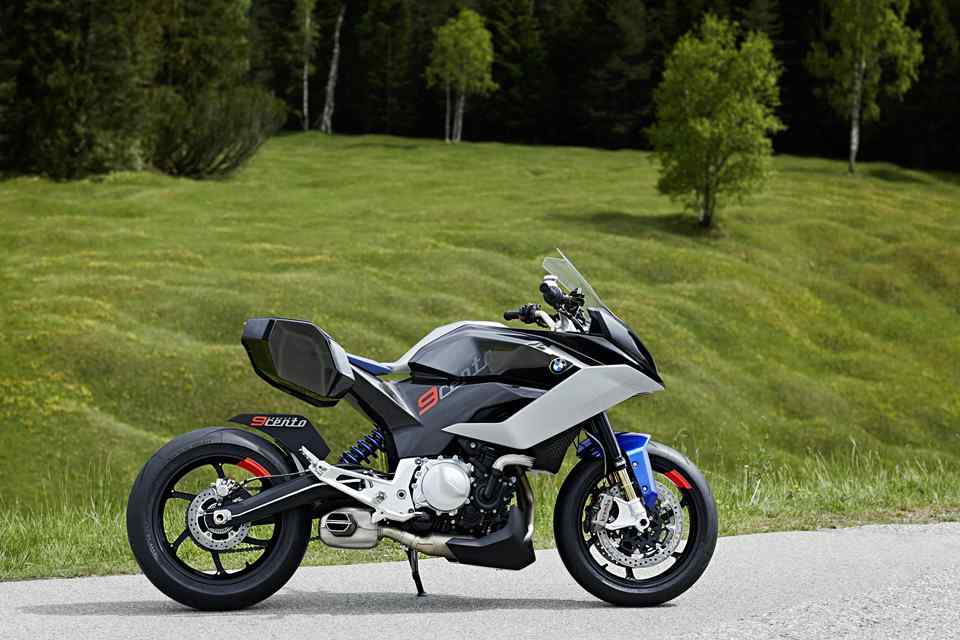 The Concept 9cento (pronounced “nove cento”) is BMW Motorrad’s experimental interpretation of an ideal mid-range sports tourer. While tourers can be weighed down by big displacements, cargo, fancy electronics, amenities, and lots of fuel… The Concept 9cento puts a greater emphasis on agility while retaining features that are vital to long-distance riding.

The prototype is powered by what appears to be BMW’s middleweight 800 cc twin-cylinder engine. While the styling seems lightweight and aggressive, for the performance aspect of sport touring, an upright seating position is still achieved for long-distance comfort and its windshield provides protection against the elements. To shave weight and to keep the ergonomics nimble, BMW incorporated carbon fiber reinforced polymer (CFRP) and aluminum into different parts of the motorcycle's construction. For illumination, BMW gave the 9cento all-around LED lighting. 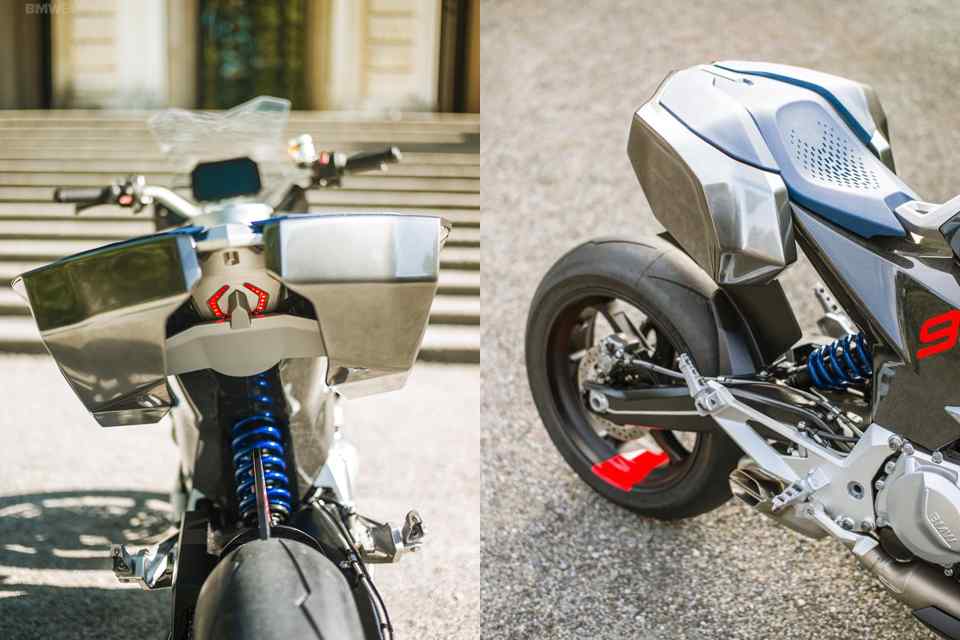 The 9cento looks extremely sporty on its own, but BMW Motorrad fashioned a new storage system for the rear that practically creates a second version of the versatile concept bike. A clip-on double case can be hooked onto the tail from above and secured by a powerful electromagnet below. The storage turns the streetfighter-esque 9cento into a cargo-carrying sports tourer, while doubling as an expansion of the pillion passenger’s seat area.

“It doesn’t always have to be about ‘bolder, bigger, brighter’ nowadays: this concept bike focuses on achieving a sense of balance. We’ve created a bike that combines the appropriate power with reliable sports touring properties and above all lots of riding fun, so it’s an attractive overall package. It brings together the best of the sports, adventure and touring segments to produce an exciting concept — in a class which has not seen this kind of model from BMW before,” stated Edgar Heinrich, BMW Motorrad Head of Design.

“The BMW Motorrad Concept 9cento is our interpretation of a modern all-rounder for the new mid-range segment. Functional properties such as touring capability, storage space and wind/weather protection are relevant to most motorcyclists but they’re rarely included in the design of a concept vehicle. In this year’s concept bike we’re demonstrating that all these rational aspects can be coupled with a dynamic design to create something really exciting and highly emotional.”

Suzuki brings the Raider R150 Summit to Mindanao, complete with all the festivities, charity activities and contests.