BMW Motorrad Philippines formally handed over the first HP4 Race in the Philippines to its owner. In a simple ceremony today at the Clark International Speedway, number 197 (of only 750 hand-built units) to owner, Emil Banno, a member of Euro Monkeys. 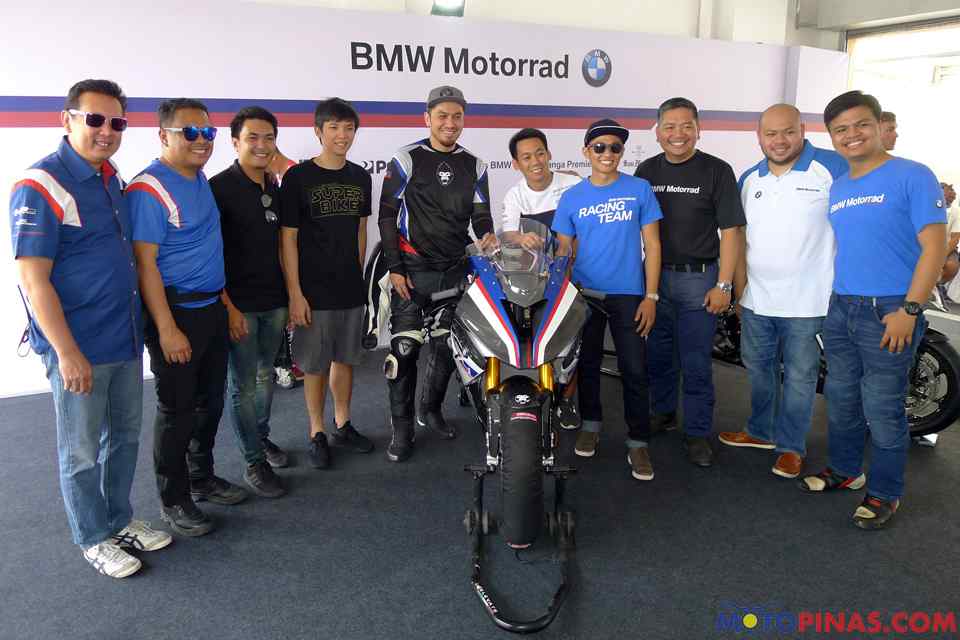 Present at the event was California Superbike School instructor, Mark Wilson, whose task was to help configure and adjust the HP4 Race to suit Emil’s preferences through BMW Motorrad’s technicians. 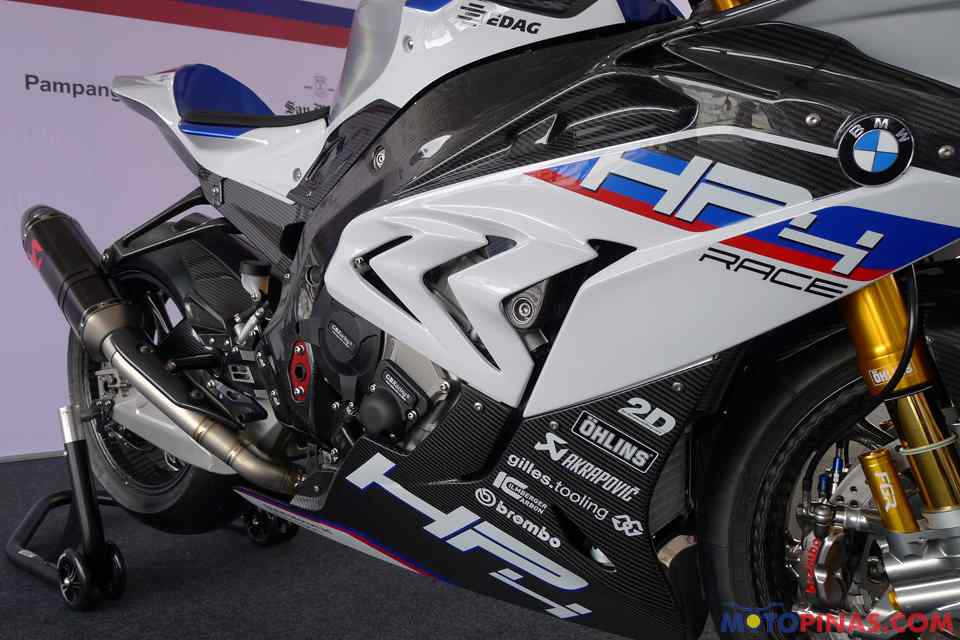 “BMW fan talaga ako eh (I’m a big fan of BMW),” said Emil when asked why he bought the HP4 Race. “Technology wise, it’s the most advanced [race] bike that we could have.” 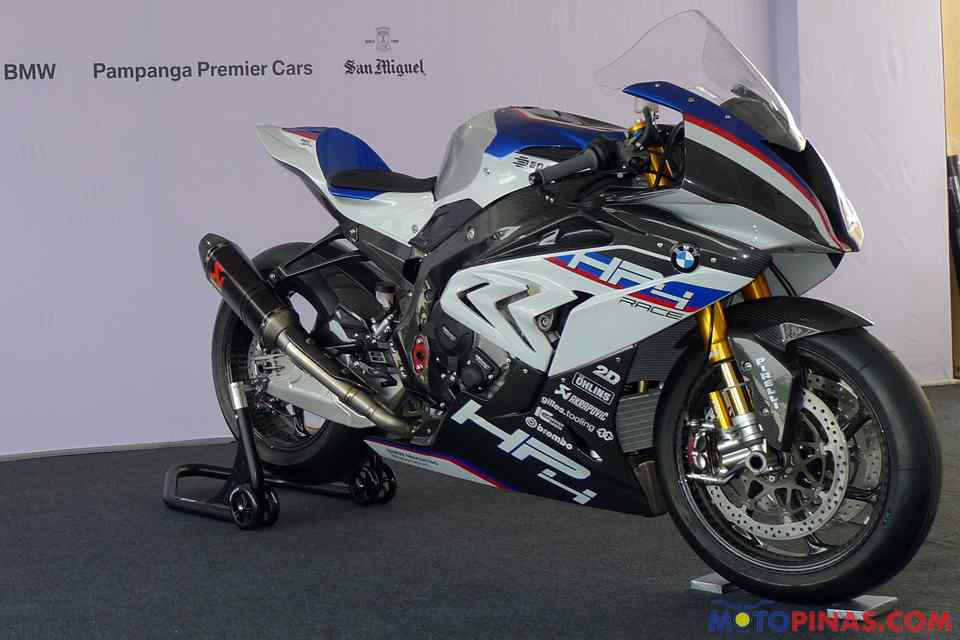 “This is only a hundred forty seven kilos,” Gil Balderas, BMW Motorrad Director. With 215 horsepower and only 147 kilos, the bike can easily get to 300 km/h in the blink of an eye. By comparison, the BMW G310 R that we will be featuring soon weighs 165 kilograms. 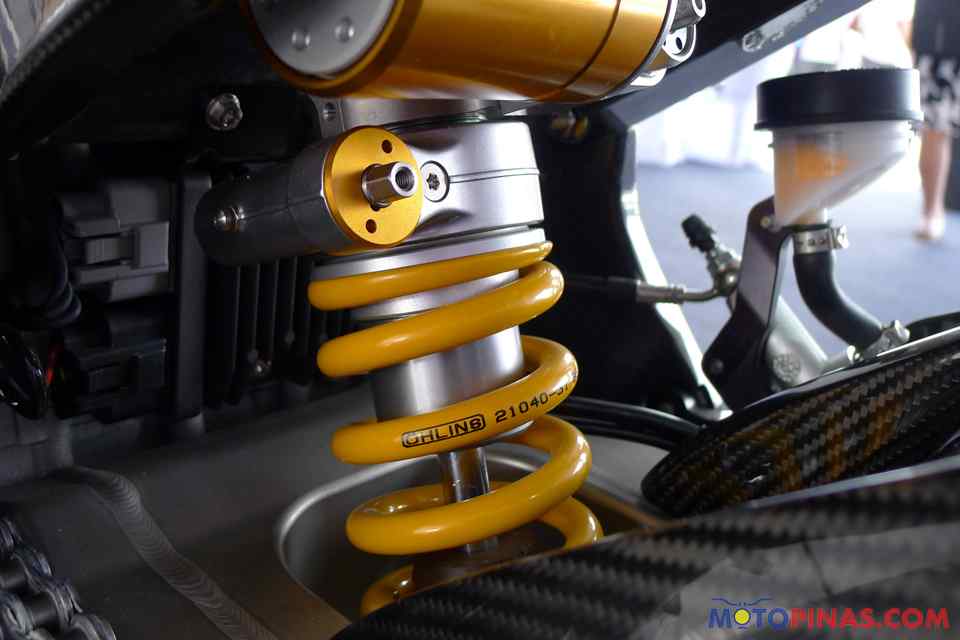 Concerns were also raised about how such a light bike would fair against strong crosswinds, typically a problem for light and small displacement motorcycles. 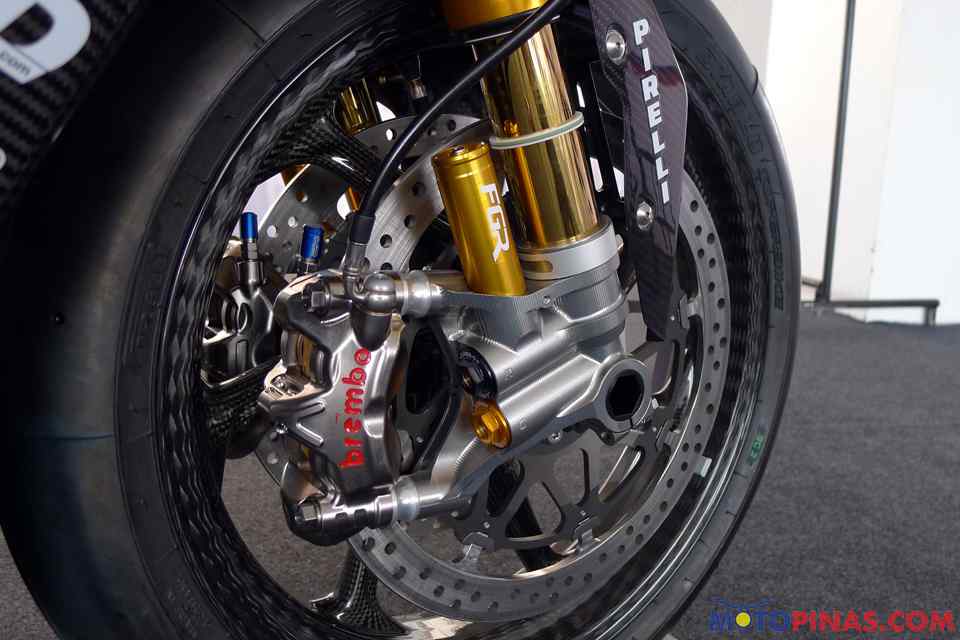 “Yun din yung iniisip ko, you know, yung may shake (gestures to a tail wobble) pero wala, yung balanse grabe…Mas madali pa ipreno at hindi pa nakakapagod kasi hindi mabigat. (That’s the same thing I was worried about, but it doesn’t happen. The balance is great…And it is easier to brake and it is not tiring since it’s light.” 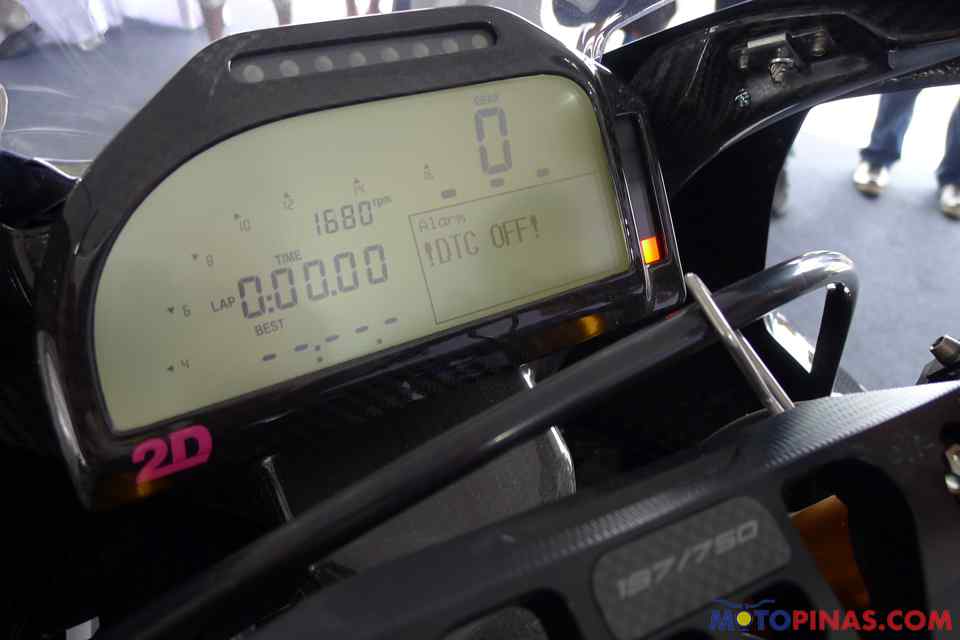 Former PSBK Champion, Raniel Resuello, showed the media present a few of the bike’s built-in technologies. “That data logger (points at the 2D panel) is the same thing they use in the World Superbike Championship WSBK. If you were to purchase the standalone system, it would cost PhP 700,000.” 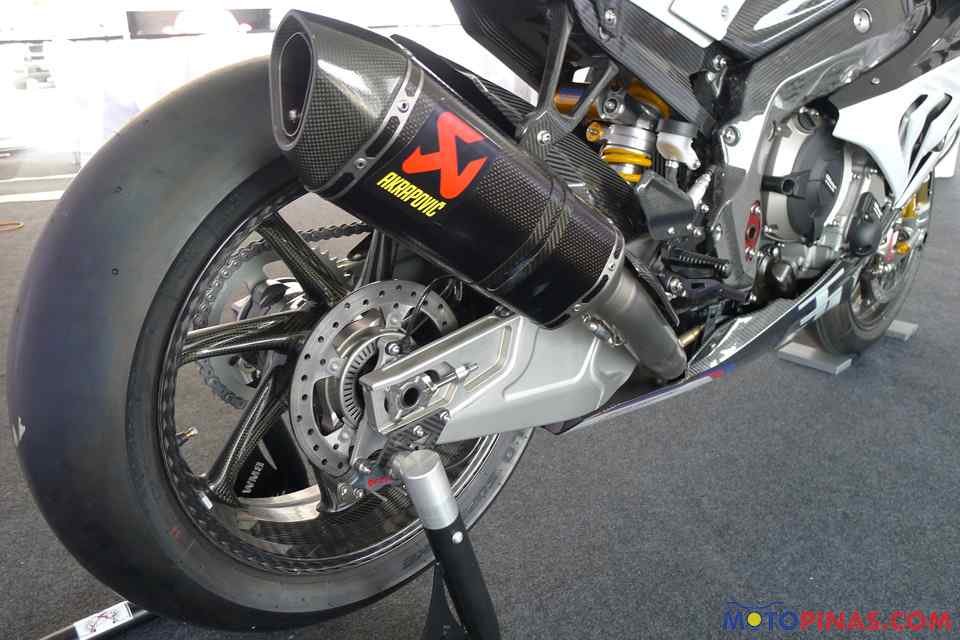 Asked if the bike would require servicing from a specialist abroad, Gil Balderas said that our technicians were already trained to handle the bike and can be serviced here.

Will we see the HP4 Race technology standard in other future BMW bikes? 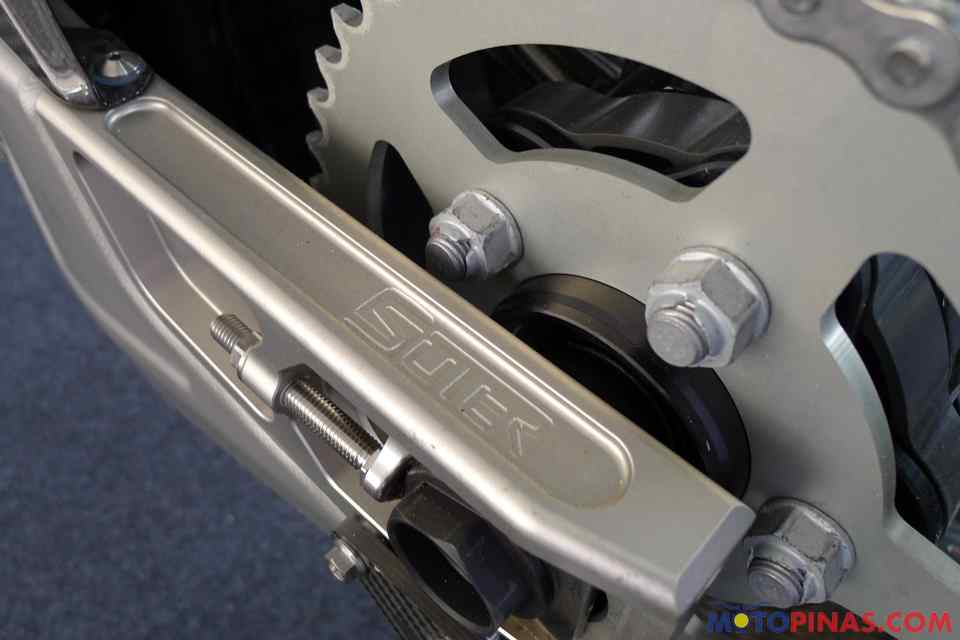 “Somethings like the geometry and some electronics for sure, but I don’t see in my opinion carbon or WSBK technology of this level. Like the swing arm for instance. That swing arm from Suter Engineering is worth 17,000 Euros. I don’t think that it is practical for mass production and I think it would be a long time before this technology can be seen on [standard road] production bikes.” said Mark Wilson, emphasizing the HP4 Race’s technology is advanced for its time.

With Emil suited up and the bike prepped, the proud owner was given the honor of taking his new racing bike for test ride on the track.