Though many fans of the brand have been happily taking their Bullets and Classics off-road, the Himalayan is actually the India-based company’s first true off-roader. 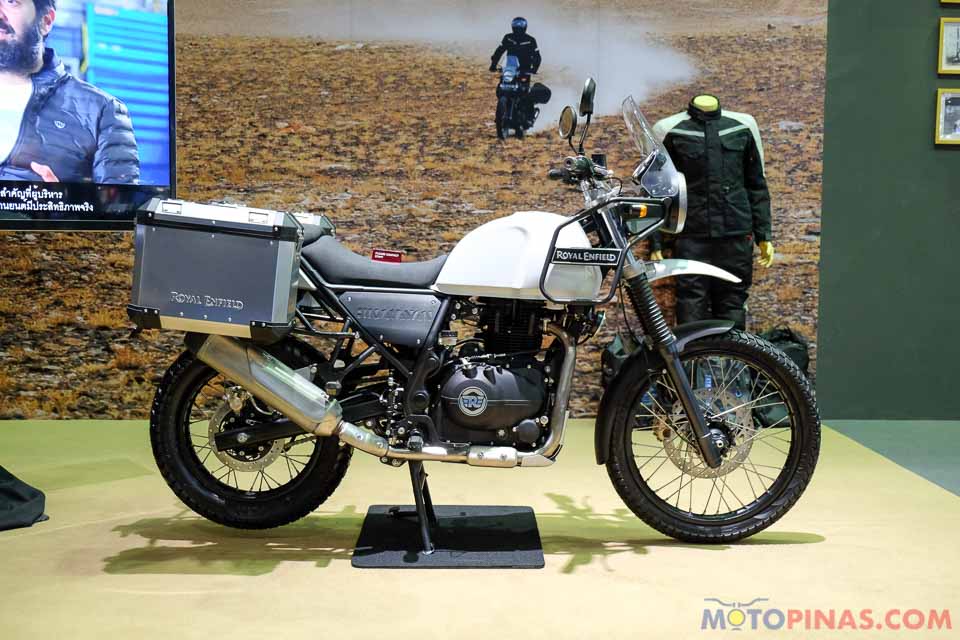 The bike was developed in close collaboration with Harris Performance, initially equipped with a carburettor. A fuel injected version is coming to Thailand soon.

Powering it is a 411 cc SOHC mill, coupled to a 5-speed gearbox. The engine is capable of producing 24.5 PS at 6500 rpm and 32 Nm of torque at 4000 rpm. The bike is held aloft by 41 mm standard telescopic forks up front and a link type monoshock in the rear.

For sojourns off road, the Himalayan gets a large, enduro-style 21-inch wheel up front. It's brought to a stop with a 300 mm disc in the front and a 240 mm unit in the rear with dual channel ABS. 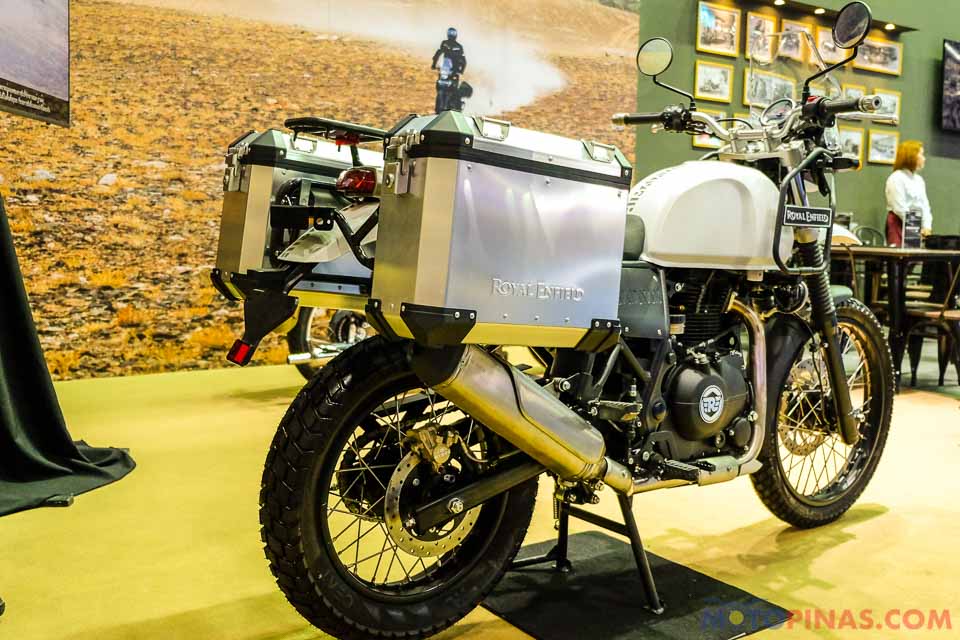 On the handlebars is a rather unusual triple dial cluster with the analog speedo integrating a digital multifunction display, a separate, smaller tachometer, and a final dial with fuel and temp gauges paired together. Warning lights are situated between the speedo and tach.

The bike was recently previewed in the Philippines at the Royal Enfield flagship store in Makati. Like its Thai model, the Philippine edition includes aluminum panniers as standard as well as fuel injection.