Amidst the many Asian premieres of global bikes from the manufacturers was a standout concept developed by Honda Thailand’s R & D Team. Dubbed the 150SS Racer, the bike is a naked street fighter with retro-futuristic café racer styling. The concept took ThB 6M (PhP 8.6M) to develop under the Street Sport Racing project. 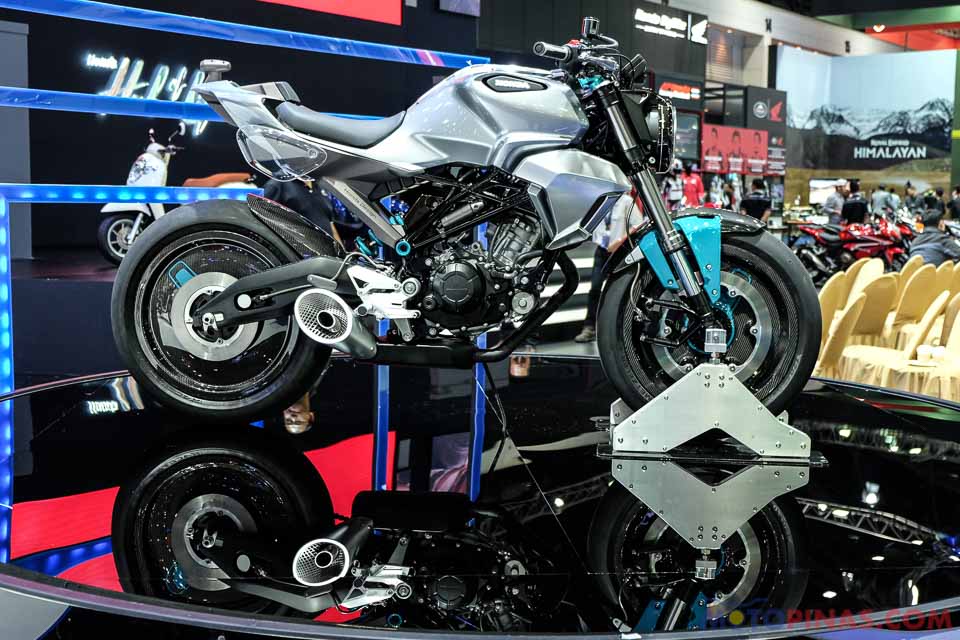 Among its more interesting features are its Ducati Monster-inspired single, round headlamp, clear rear LED tail lamps that illuminate red, solid disc brakes mounted on smoothie wheels, and blue accents on the wheels and front fender.

There are no mirrors as the bike is equipped with cameras facing front and back with its display intended to be shown on the rider’s helmet visor.

Though there is no word on whether this concept will see production, it’s an impressive effort from a regional R & D center.