The 2016 Bangkok International Motor Show gave Southeast Asia a look at some of the newest motorcycles for the Thai population to look forward to. Established in 1902, Triumph Motorcycles has expanded all over the world and Thailand has been one of the many countries that house a subsidiary operation as well as manufacturing facilities for the company. The British brand graced the expo with an array of premium two-wheeled vehicles, accessories, and bargains for Thailand's bustling riding community.

The Street Triple RX is a special version of the naked Street Triple. Featuring a quick shifter, belly pan, and fly screen, this limited edition bad boy will come in Jet Black or a combination of Diablo Red and Matte Aluminum Silver. On the RX, the Street Triple is made more aggressive with the help of a Triumph Daytona 675R's angular seat and a sporty seat cowl, while Triumph's signature 675cc 12-valve triple engine is retuned to make 105 PS and 68 Nm of torque. 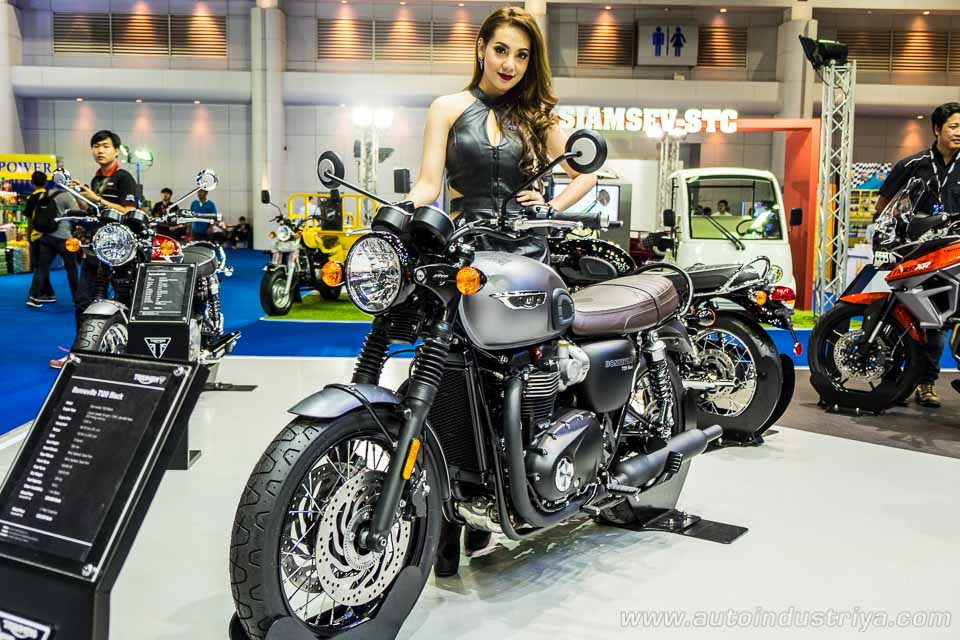 This year also heralds the arrival of the new generation of Bonnevilles. Triumph's flagship line of classic heritage motorcycles is continued with the Bonneville T120 and T120 Black. At the heart of the iconic bikes beat Triumph's new 1200cc 8-valve parallel twin—and it's now fully liquid-cooled. Promising improvement from the previous generation, the new powerhouse claims 54% more torque down at 3100 rpm with 105 Nm. At 6500 rpm the engine delivers an increase of 18% more power at 79 PS.

Other features include heated grips, rider modes, traction control, and cruise control. The new Bonneville is a 6-speed vintage-inspired standard with ABS, ride-by-wire fuel injection and engine management, a good amount of punch, and a whole lot of elegant charisma. Applicable to these two beauties is the 'Prestige Inspiration Kit' which comes with a ribbed seat and chrome goodies like a tank badge, peashooter exhaust, and engine covers.

The new 900cc Bonneville Street Twin also celebrates a new liquid-cooled eight-valve engine (that's actually 900cc, not 865cc) and modern upgrades. This five-speed motorcycle is a more fuel efficient version with a shift in performance; it is torquier than the previous generation by 18% with 80 Nm at 3200 rpm, while maximum power is reigned in at 55 PS instead of 67 PS. 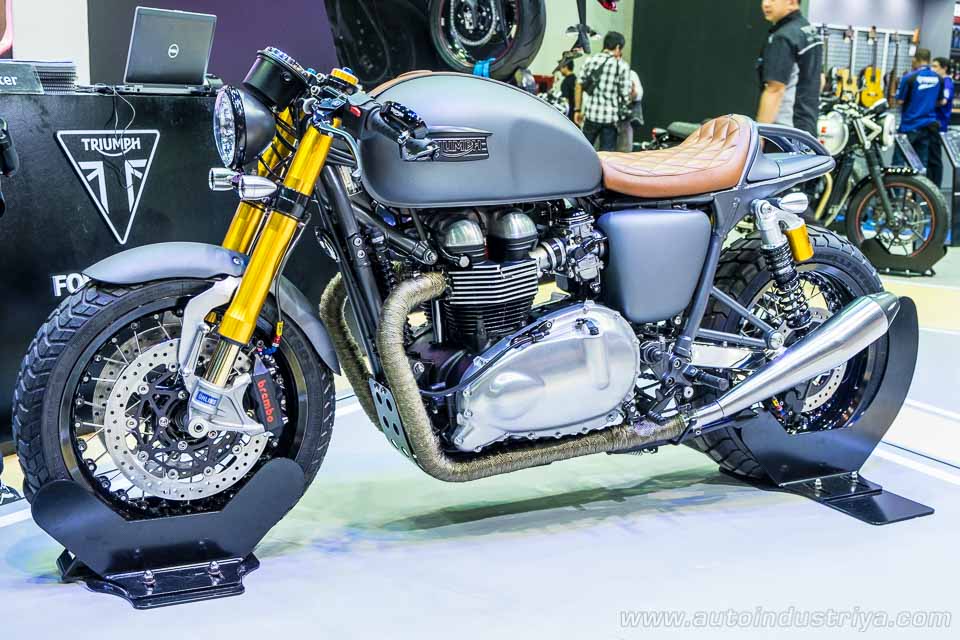 For the Thai market, the first modification packages to be announced were the Brat Tracker Inspiration Kit and the Urban Inspiration Kit. For the brat, you'd get slip-on silencers, a ribbed seat, compact indicators, black barrel handlebar grips, a brushed sump guard, and rear mudguard delete with a small rear light. To go urban, the kit comes with a short tinted fly screen, a waxed cotton and leather pannier, compact indicators, and ace style handlebars. 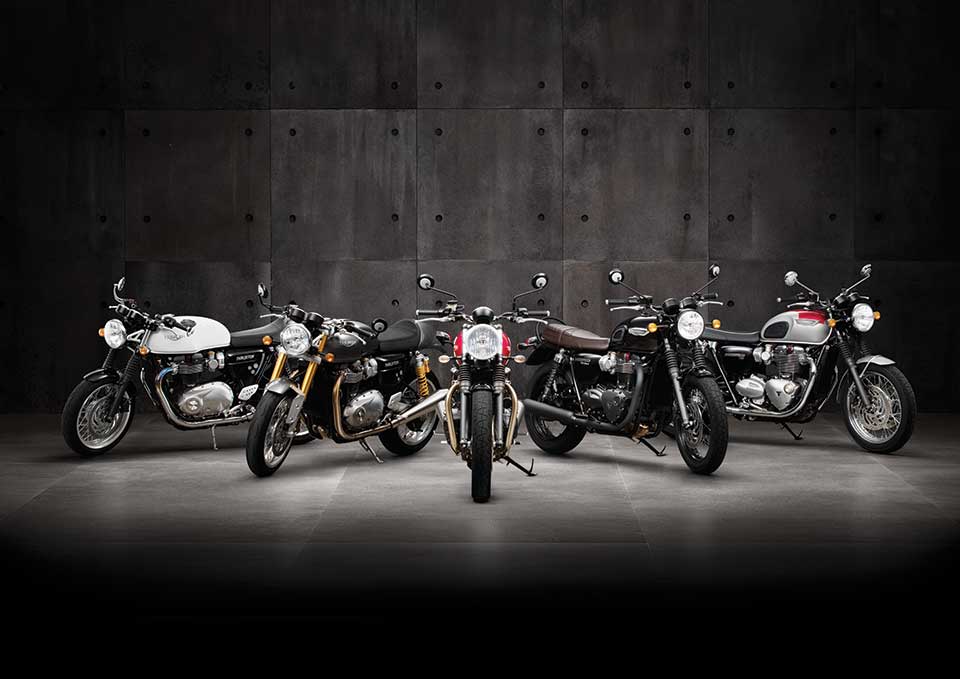 The Thruxton line has always been a go-to bike for its sporty retro styling—a British cafe racer you can get straight from the showroom floor. Triumph unveiled the 'new old school' 1200cc 2016 Thruxton R at the Bangkok International Motor Show with its high performance bells and whistles. 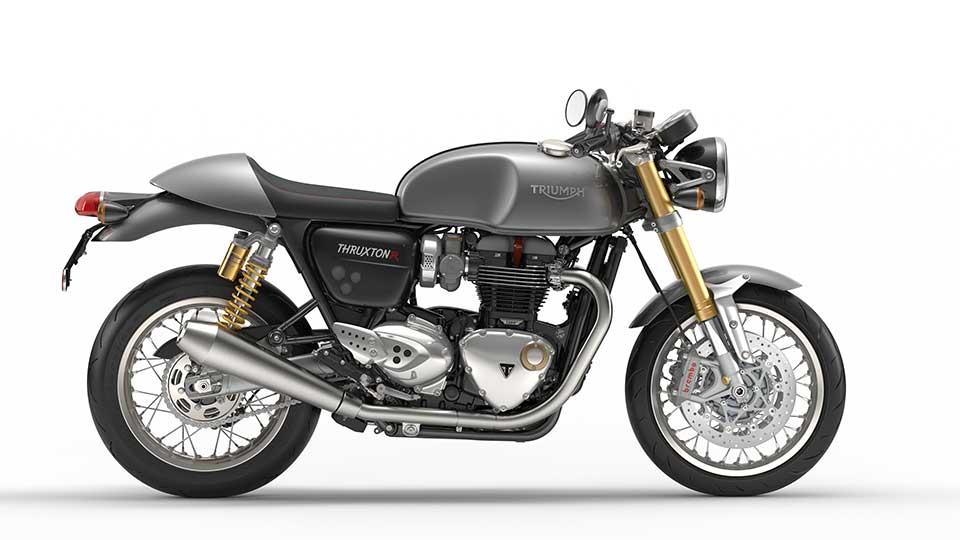 Custom made top boxes and saddle bags to be subject to LTO compliance and registration.