"Going fast is the easy bit. It's going slowly that will help you develop control. Simple riding exercises which are actually difficult to perform can give you a lot of control" 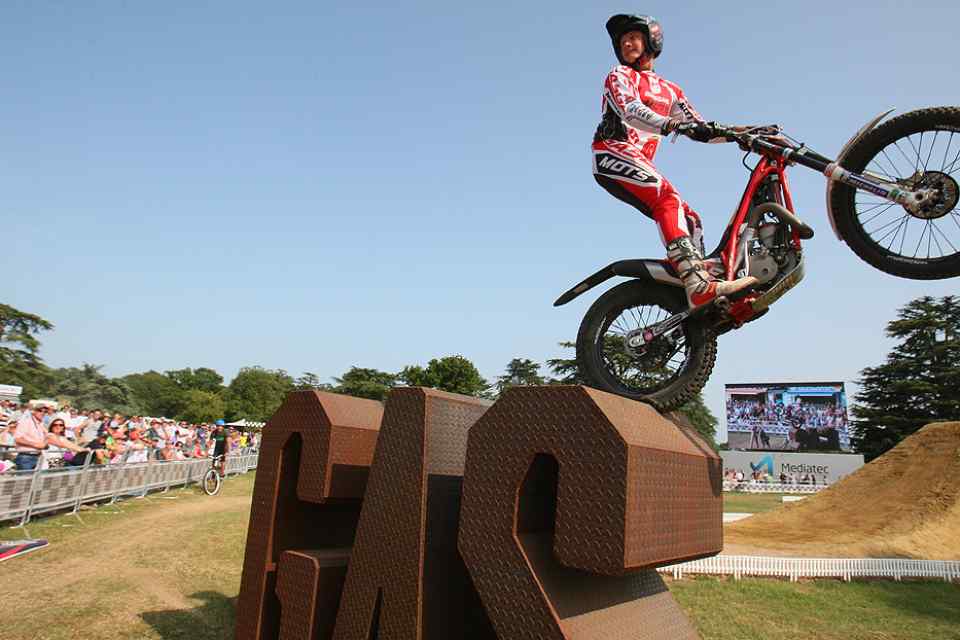 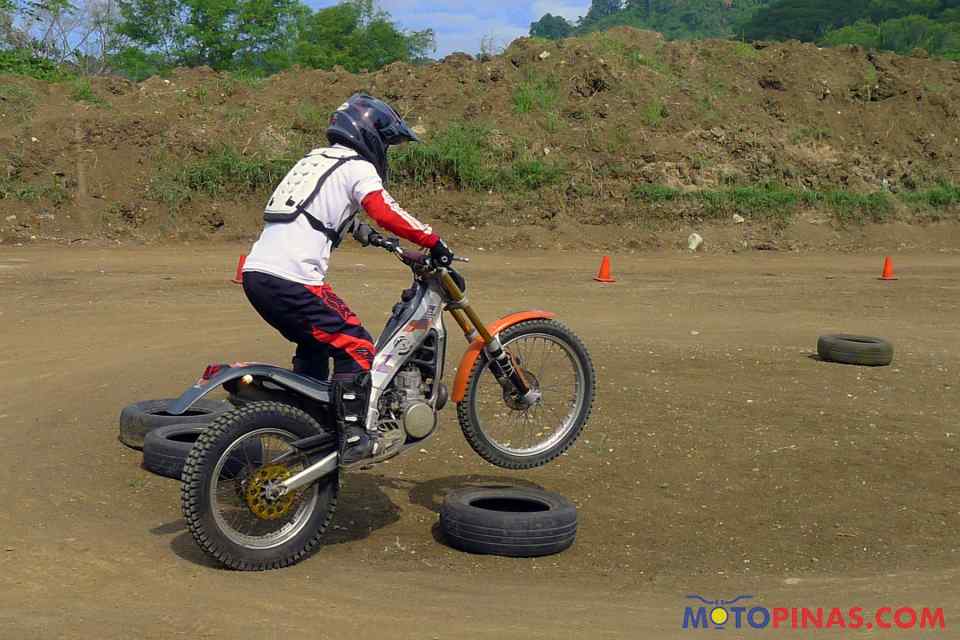 What is Motorcycle Trials?

Motorcycle Trials or Observed Trials is a motorcycle sport that gives emphasis not on speed, but on balance, skill, precision control on clutch, brakes and throttle. An observer (hence the name, Observed Trials) gives 1 point each time a rider puts a foot down or “dabs”. A maximum 5 points is given if the rider stalls his bike, falls, goes out of bounds or goes backwards. The rider with the fewest points wins. Sounds simple? It is not. The competitors will have to go through pre-designated routes with logs, streams, boulders, dump trucks, walls and basically every imaginable obstacle one could come up with whether indoor or outdoor. 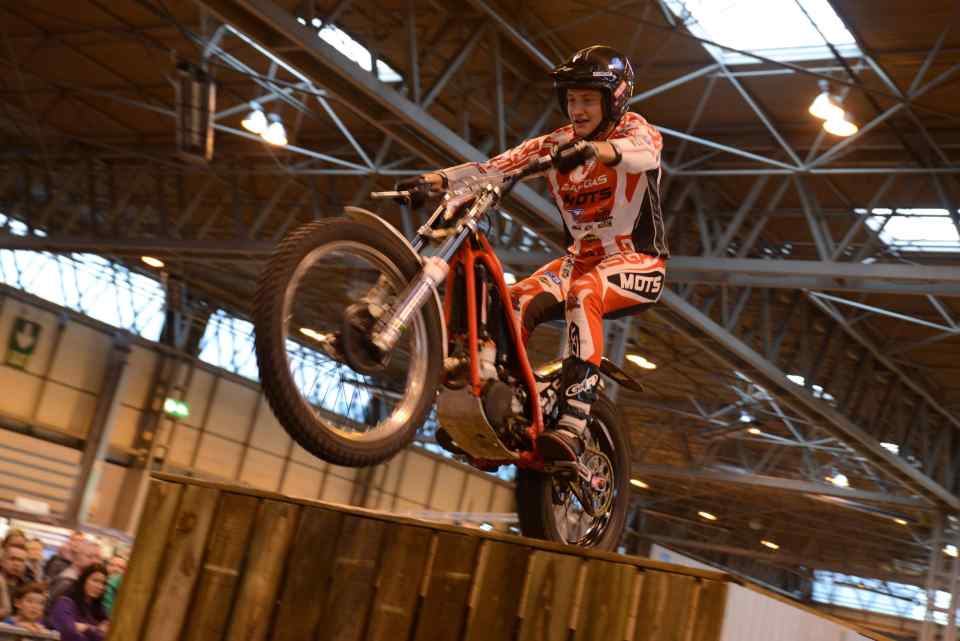 This sport started in England more than a hundred years ago with some saying that it is as old as the motorcycle itself. The exact year it started is still being debated but it is widely accepted that the Scottish Six Days Trial in 1909 placed it on the map. It is widely popular in Europe, Australia, and Japan. 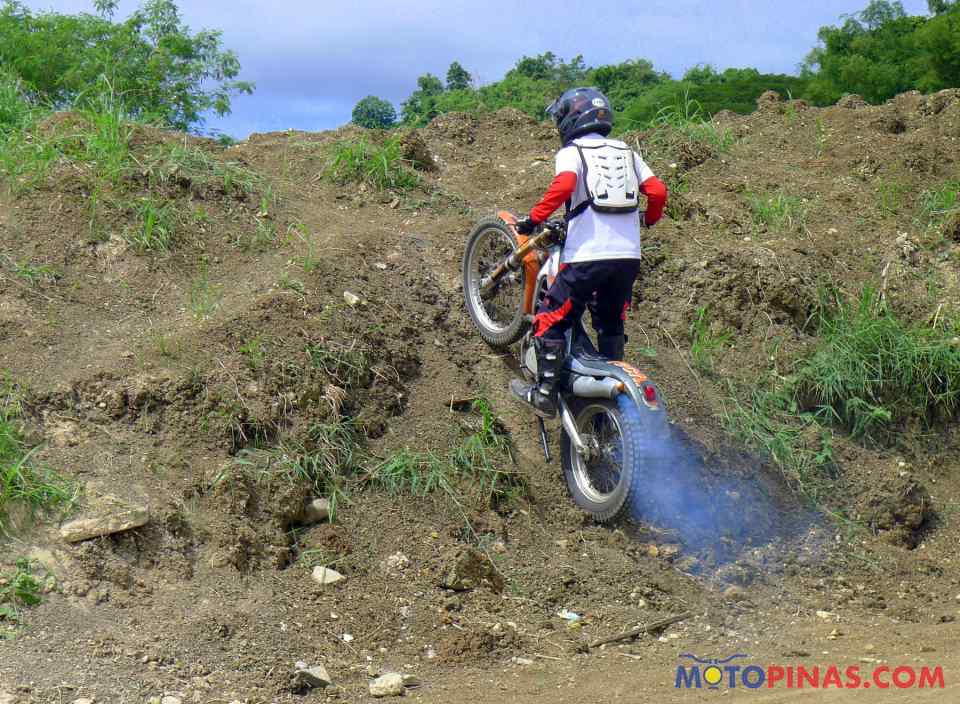 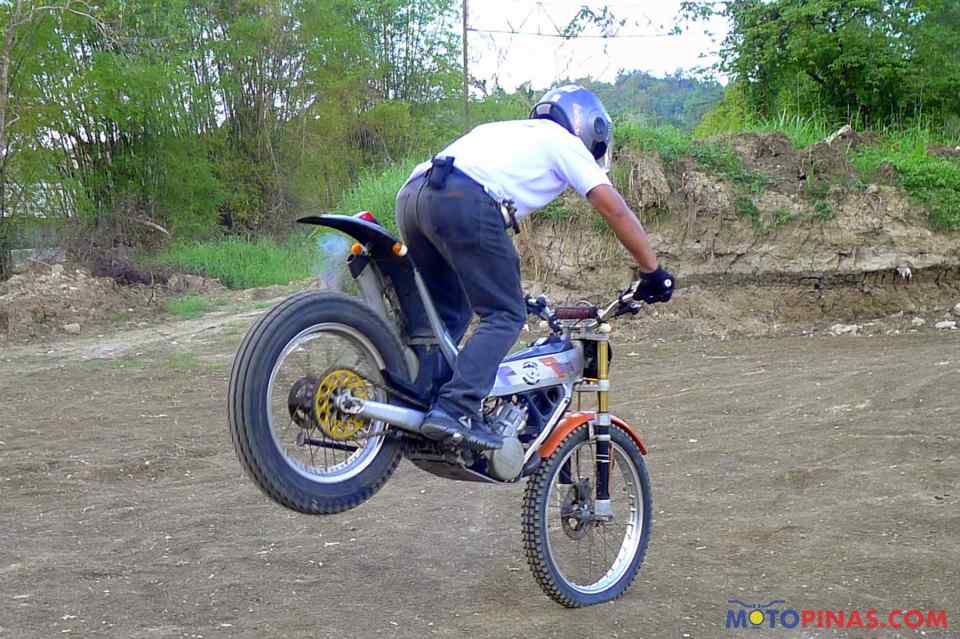 Some might see it that way — literally jumping over obstacles — but that’s the beauty of this sport. It’s all about skills and your ability to control your bike. 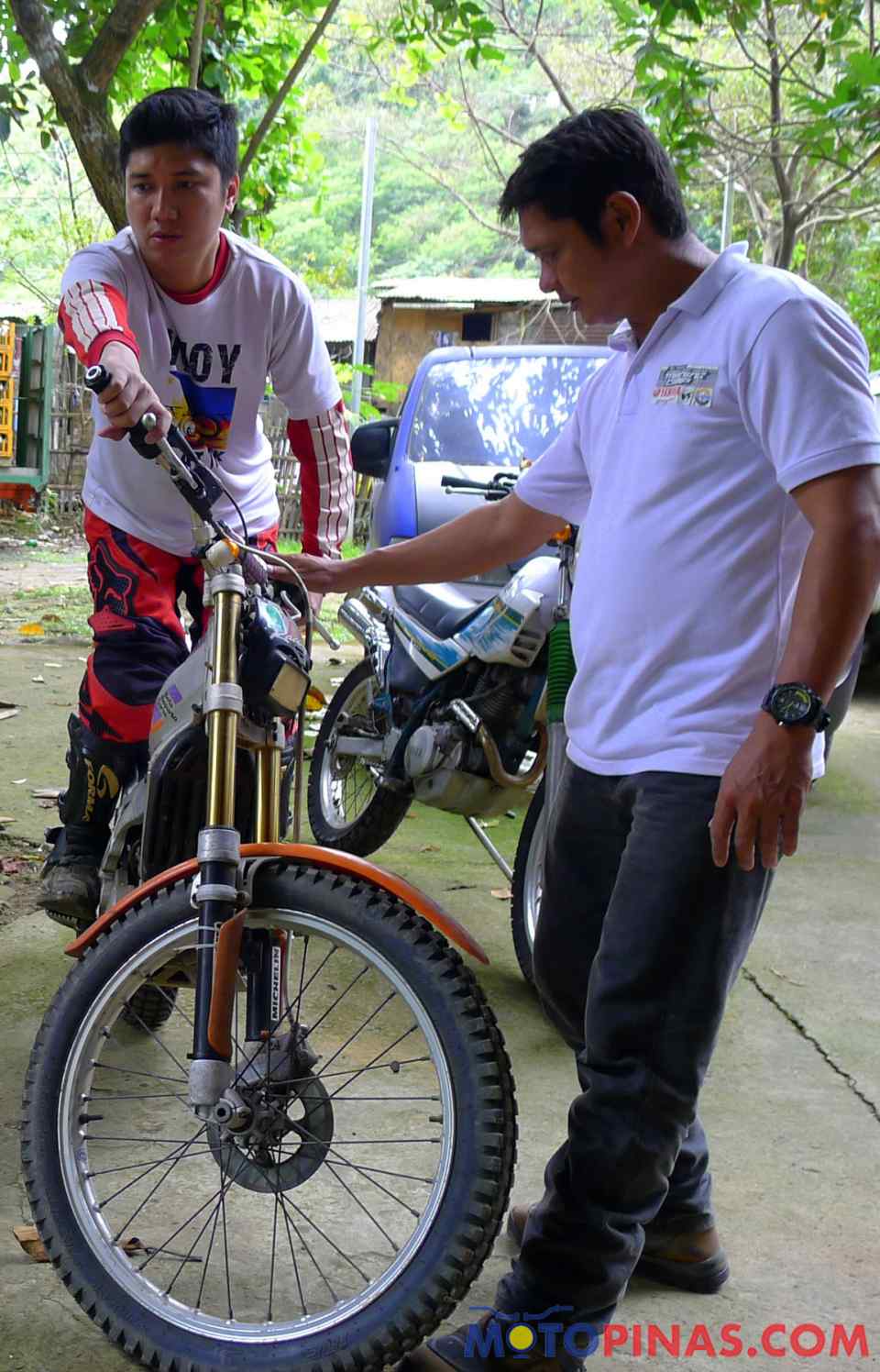 Experiencing it firsthand gave me goosebumps, the first time I had since first riding a motorcycle. Everyone can ride fast, many can corner their bikes at high speeds but not that many can balance their bikes at a complete stop, let alone climb walls with their bikes. As Coach Mel said “this is a sport of patience — a lot of patience.” 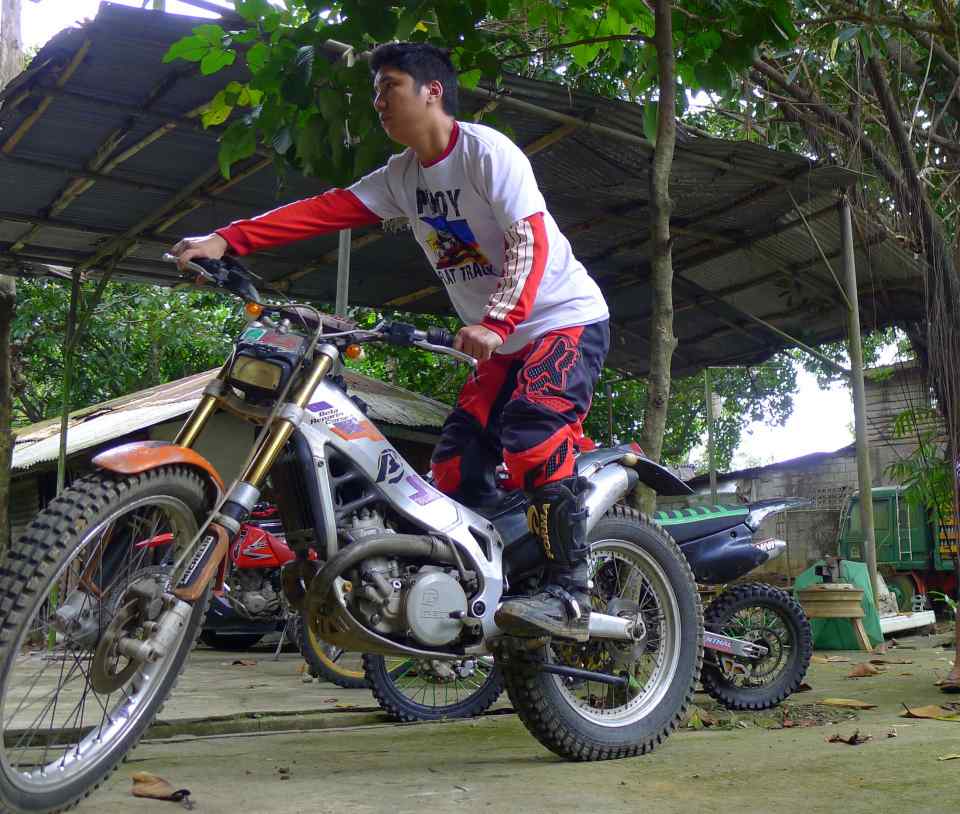 We started out with some simple drills of balancing then progressed into more difficult exercises. I must say, what we did is just a chip off the cake compared to what they do abroad but the Coach said, “We’re getting there”. 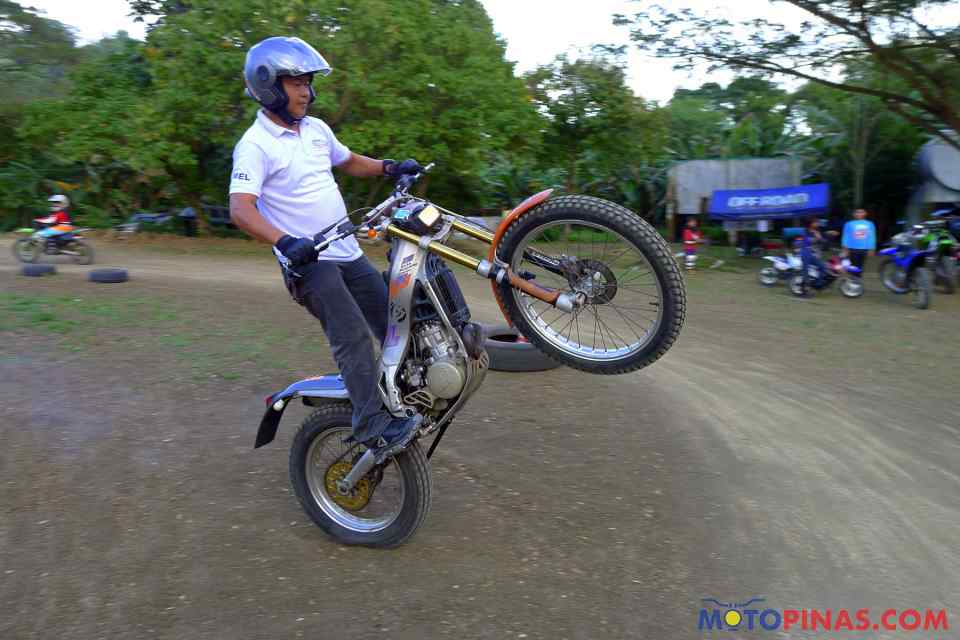 Through hard work and practice, Coach Mel Aquino may soon develop a complete module for those who wish to train in what may be the first Motorcycle Trials School in SE Asia.

Like Graham Jarvis, Jonny Walker and Marc Marquez – who tirelessly cross-train in Motorcycle Trials to improve their game, I feel that Motorcycle Trials, like dirt riding, can and will improve one’s riding skills in real-life and road riding conditions. So are you ready to try trials?

The Science Behind Safer Superbike Riding

Our intrepid trail-rider takes to the asphalt and shares how he leveled up his riding skills for the street through the California Superbike School Philippines. The custom community knocked socks off at the 9th annual One Moto Show in Portland, Oregon.