On the weekend of February 9 to 11, The One Moto Show ushered in its ninth year on the scene. Founded and organized by See See Motor Coffee Co., the event has become legendary among custom enthusiasts. It is the biggest of its kind and is often regarded as the best, attracting like-minded individuals from all over the world to the Pacific Northwest. The recently concluded 2018 One Moto Show was presented by Harley-Davidson and featured more than 180 builds — all arranged over 60,000 sq. ft. in a foundry more than 100 years old, located at the industrial area (formerly called Vanport) of North Portland, Oregon.

Just a tip of the iceberg, here are some of the bikes that participated — through the lens of photographer Nic Millan (@NicJMillan). 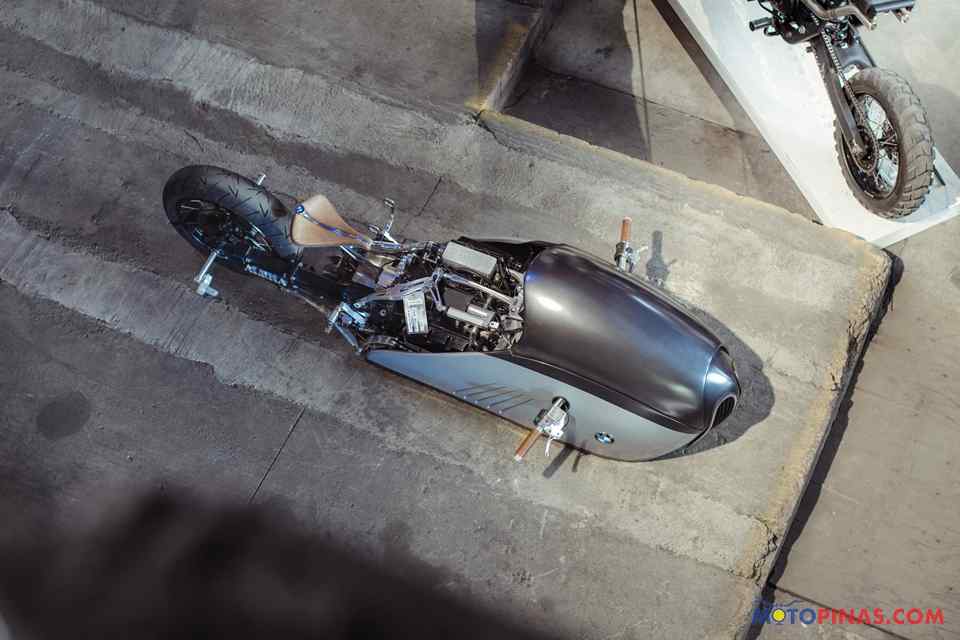 One of the most awaited arrivals of the lot was the “BMW Alpha” by Speed of Cheese Racing in Utah. What started as a broken BMW K75 was hammered into a real-life streamliner from a concept design by Mehmet Doruk Erdem. 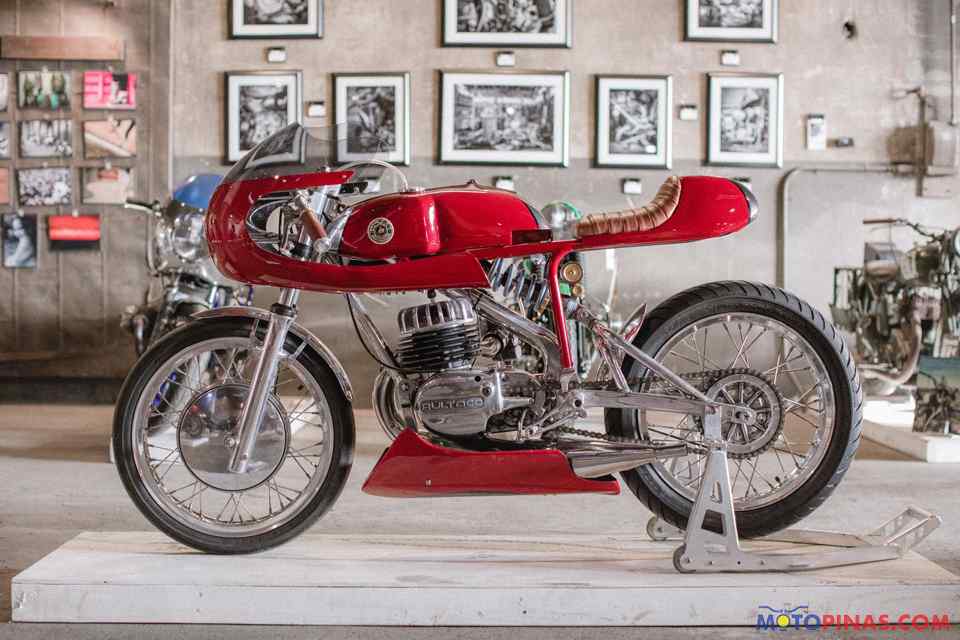 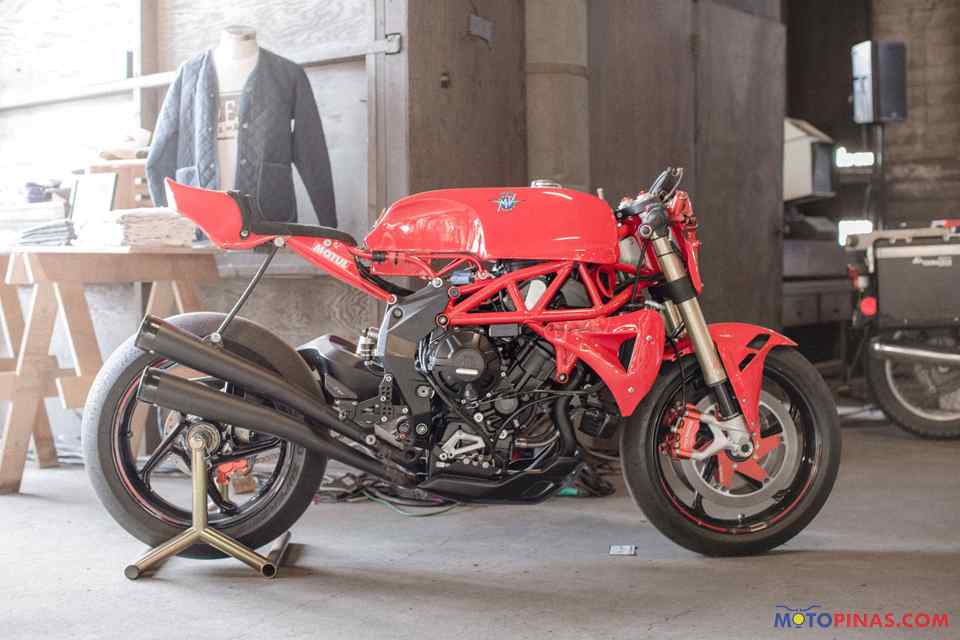 The “AgoTT” racer contributed some modern flavor via an MV Agusta Brutale RR — built at the Deus Emporium of Postmodern Activities in California. 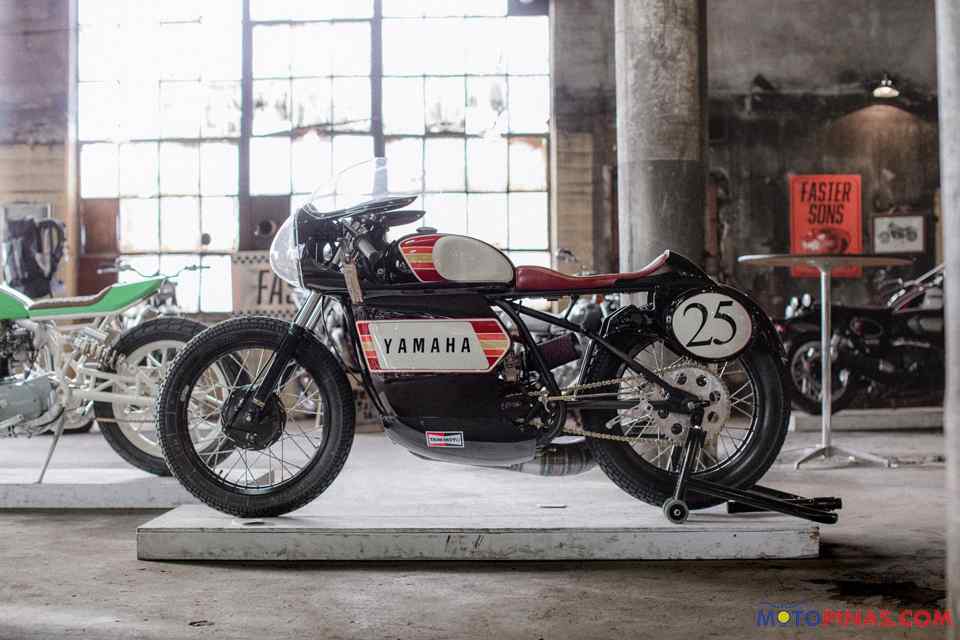 Portland resident Enginethusiast completed his project "Engine25" just in time for the show, fashioned from a two-stroke Yamaha DT250 into a fully-faired ‘60s-style racer. 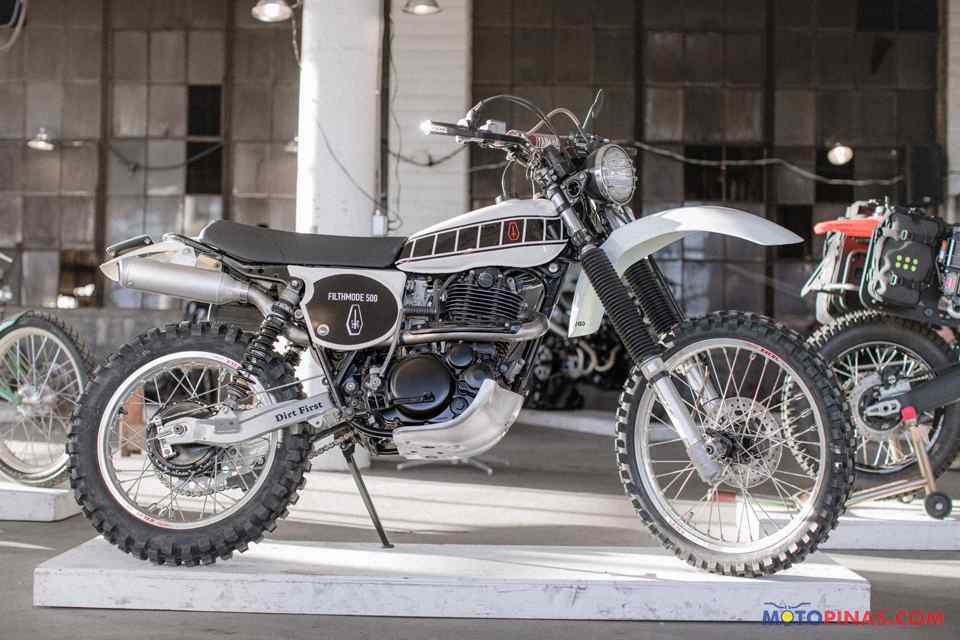 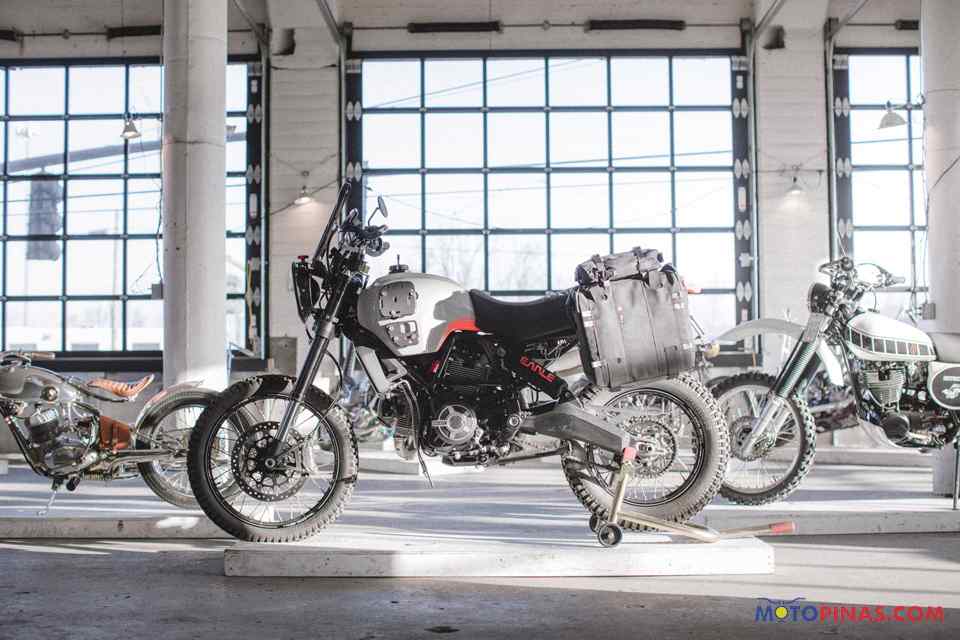 Earle Motors in California took a Ducati Scrambler Desert Sled, transformed it into a serious enduro machine, loaded it with adventure-ready equipment, and called it the "Alaskan ADV Series Prototype 0001". 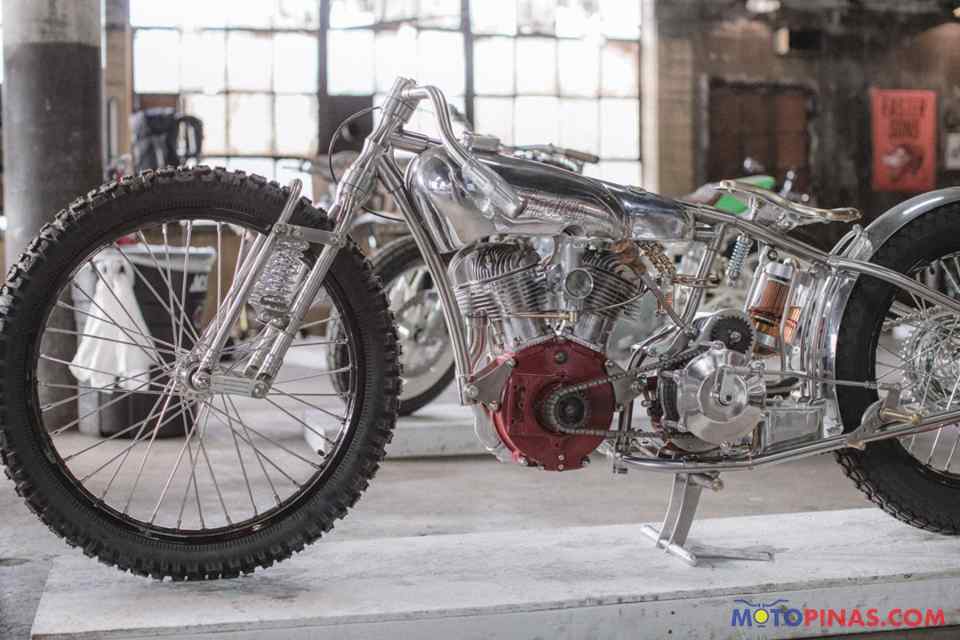 This work of art, named “The Flying Squirrel”, was built by Jon MacDowell of Bonneville Customs in Idaho and is powered by a rebuilt 1941 Indian Scout 741 V-twin. 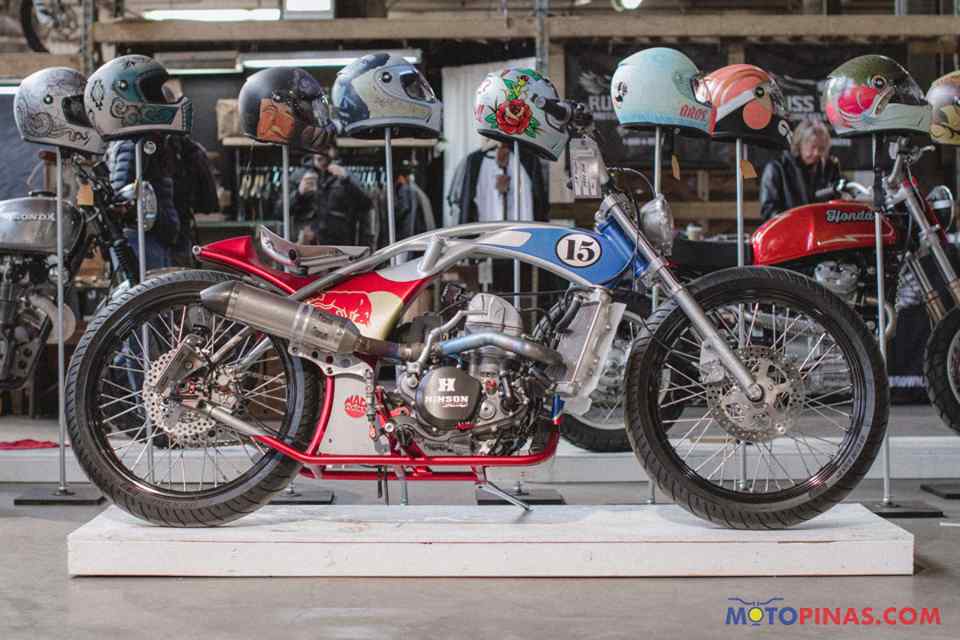 Red Bull Racing commissioned California’s Rooke Customs for the “Vettel15”, a tribute to F1’s Sebastian Vettel which was unveiled at the 2009 Indianapolis MotoGP. 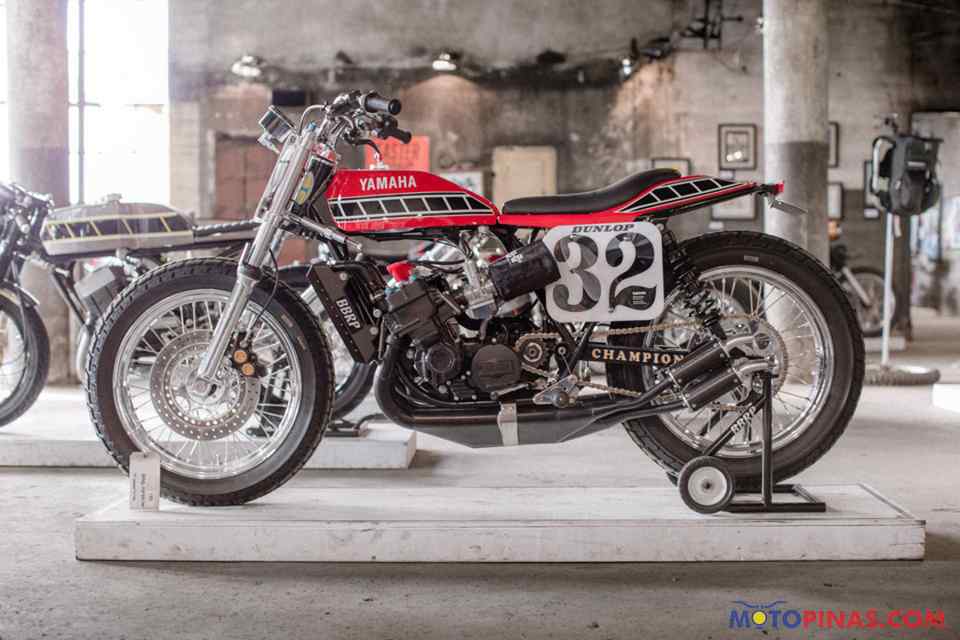 Motorsport fans were treated to the rare sight of the terrifying yet fascinating Yamaha TZ750. In 1977, Steve Baker #32 became the first American World Champion of Formula 750 while riding the TZ750-derived OW31 YZR750. Some of Yamaha's factory engines (capable of making 115 PS) found their way into flat-trackers developed by Champion Racing Frames. Nicknamed "The Beast", the two-stroke four-cylinder TZ750 was pulled from AMA due to new rules requiring a two-cylinder maximum. Displayed at The One Moto Show was a street-legal replica of Steve Baker’s flat-tracker, built by Brad Peterson.

Though still a little known sport in the Philippines, Mel Aquino wagers Motorcycle Trials could be the next big thing. Our resident off-roader, Brando, shares some key skills to learn before you start trail-riding.