When crowds descended on Texas for the MotoGP weekend at the Circuit of the Americas, they had another exciting event to look forward to. Motorcycle enthusiasts from far and wide also flocked to the 2018 Handbuilt Motorcycle Show by Revival Cycles, which ran from April 20 to 22. After four years at the Fair Market, the organizers moved the show to the massive Austin American-Statesman building. The recently concluded Handbuilt Motorcycle Show, for its fifth year, had three times the space to showcase 150 custom bikes and accommodate more than 30,000 visitors.

Joachim Rayos (AKA @autorista) is a Filipino who moved to Texas. When he isn’t working as materials engineer for Samsung Electronics Semiconductor, he moonlights as a photographer for the stateside motoring scene. Here's some custom erotica from the 2018 Handbuilt Motorcycle Show as seen through his eyes, all taken using CineStill 800T medium-format film. 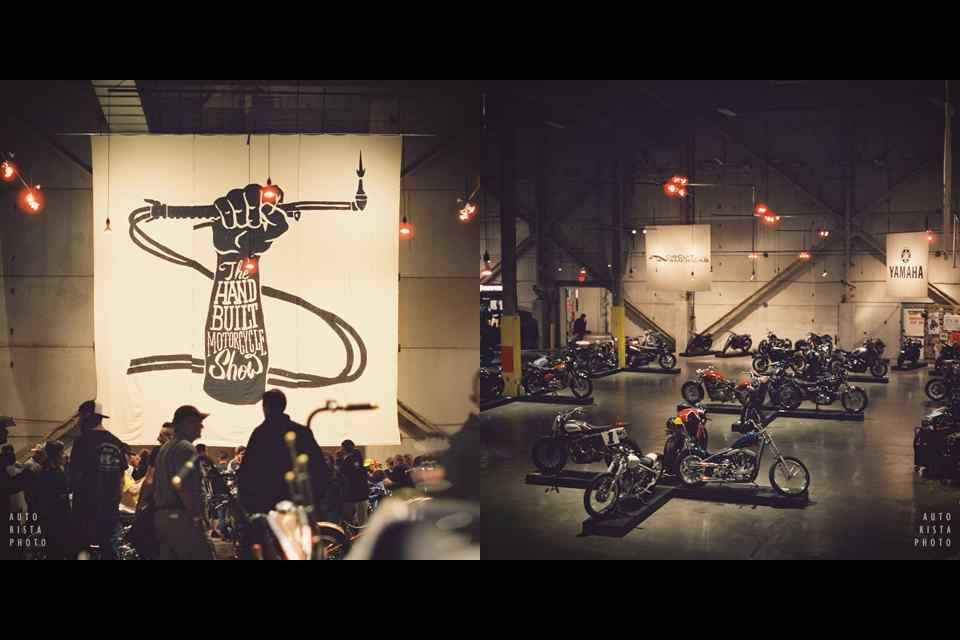 Much like Portland, Oregon’s One Moto Show, Austin’s Handbuilt Motorcycle Show aims to promote the creativity and craftsmanship, galvanized by the globalized sharing of ideas against the backdrop of a custom culture renaissance. The organizers see this as a response to what they describe as today’s “modern mass-produced world” wherein “few young people are taught how to do physical work or are encouraged to embrace a trade.” 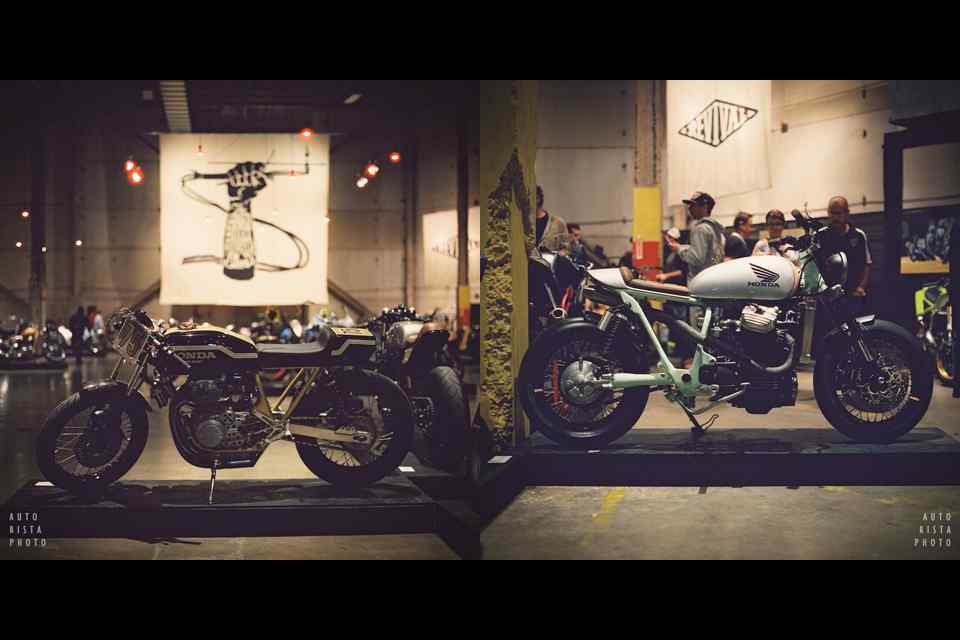 Old-school Japanese technology is a mainstay in custom motorcycle shows. These two are high-performance examples of seriously tuned builds. Iowa-based Innovative Motorsports took inspiration for this 1975 CB400F “Goldie” from the world-famous “Z1 Beaters” fielded by race bike rider and genius tuner Kaz Yoshima. Federal Moto chose to display their “raciest build to date,” based on the engine off a Honda CX650. 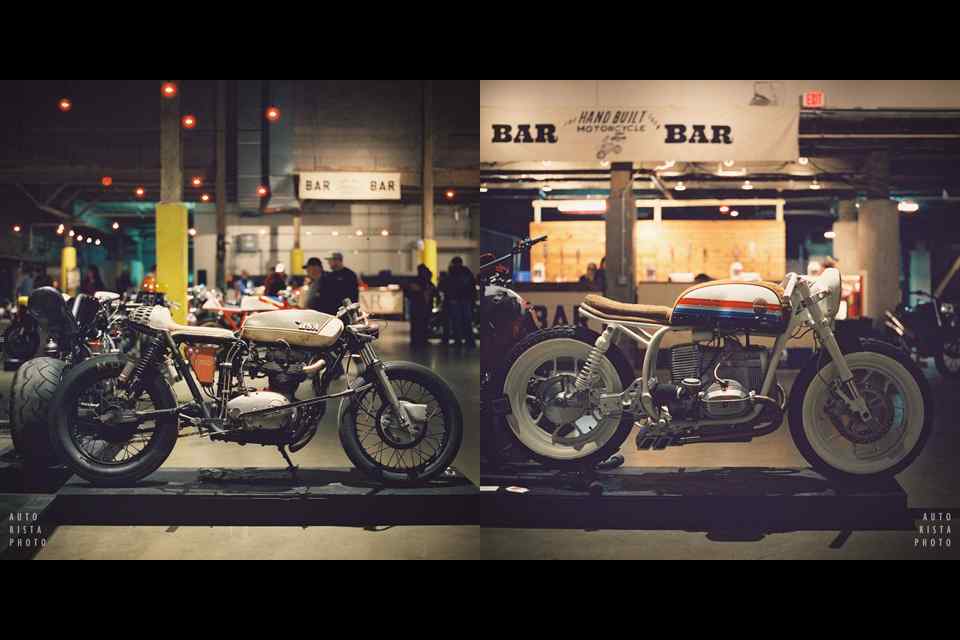 As far as café racers go, these two stood out. Madhouse Motors from Boston entered their ratty 1971 BSA A65 called “The Manipulated.” California-based Hutchbilt joined with a reworked 1979 BMW R80 called “Skyway” that pays tribute to board trackers and Californian BMX freestylers. 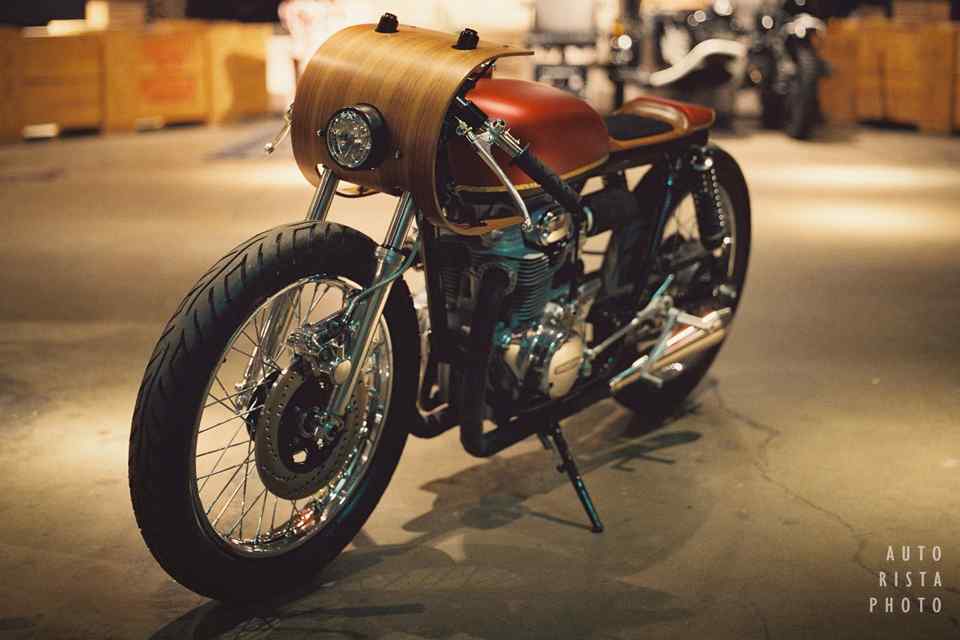 The “M2” 1973 Honda CB350 is the second bike that has come out of Iowa-based Monnom, the passion project of furniture designer Mike Gustafson. He integrated beautifully shaped walnut into this café racer’s body, among its numerous revisions and upgrades. 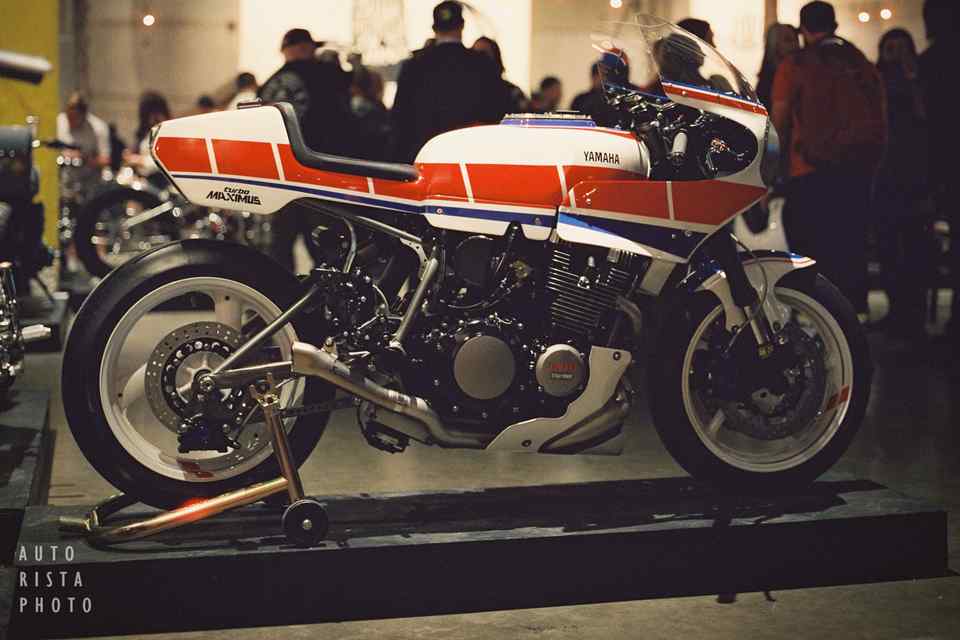 Former US Navy man Derek Kimes showed off his illustrious and ambitious “Turbo Maximus” which was inspired by the XJ750R OU28 endurance racer. He wanted to re-engineer his 1982 XJ750 Maxim into a full-fledged superbike, swapped in a rebuilt XJ900 engine, and successfully achieved a turbo conversion as well as EFI… And that’s just the half of it. This engineering masterpiece is a marriage between mechanical ingenuity and spot-on, nostalgic motorsport aesthetics. 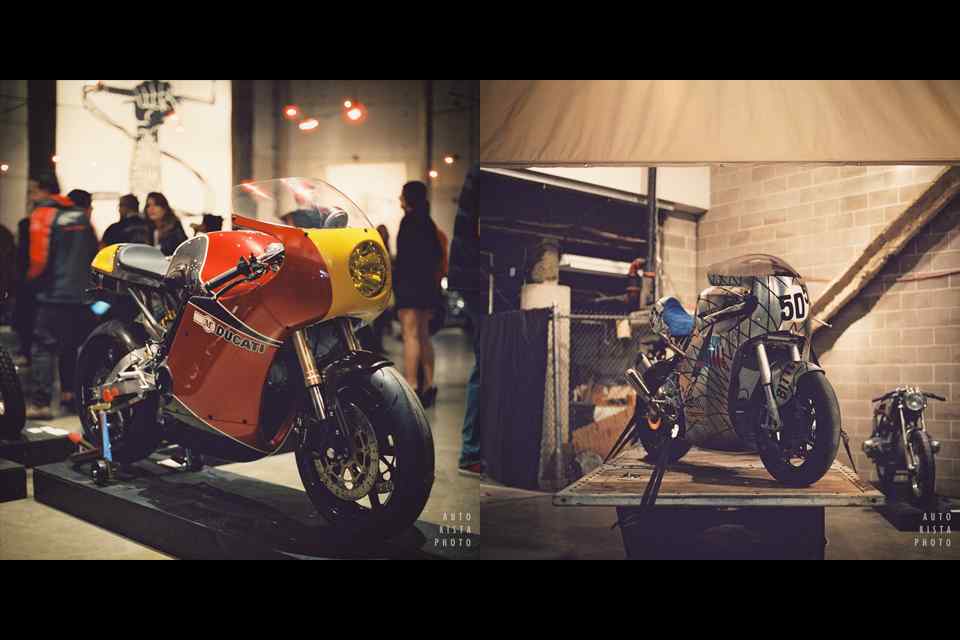 Other race-inspired motorcycles included the Ducati 900SS by The Motoworks’ Sean Pelletier, and Revival Cycles’ own BMW S1000RR — both fully faired. 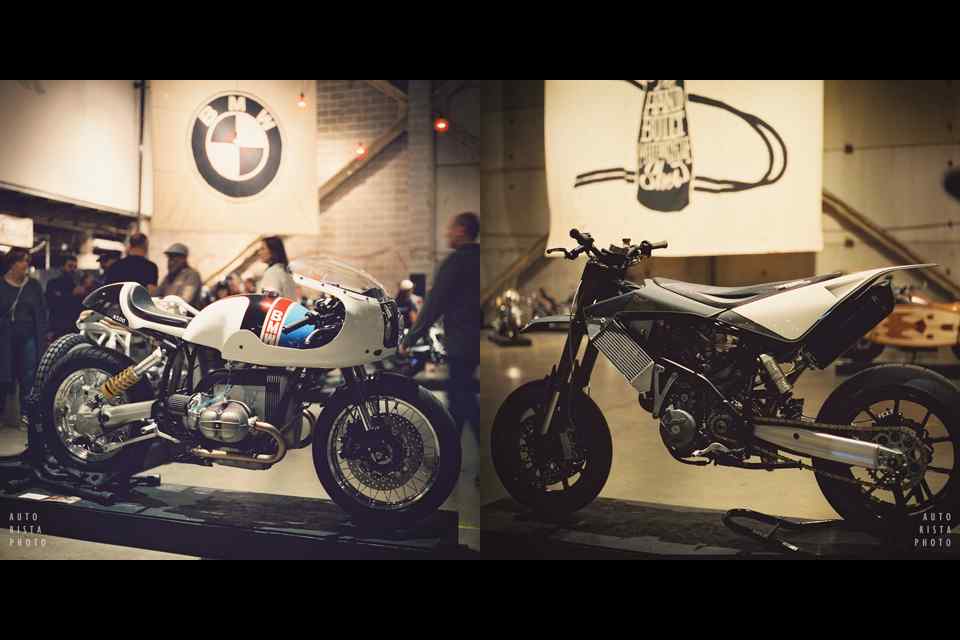 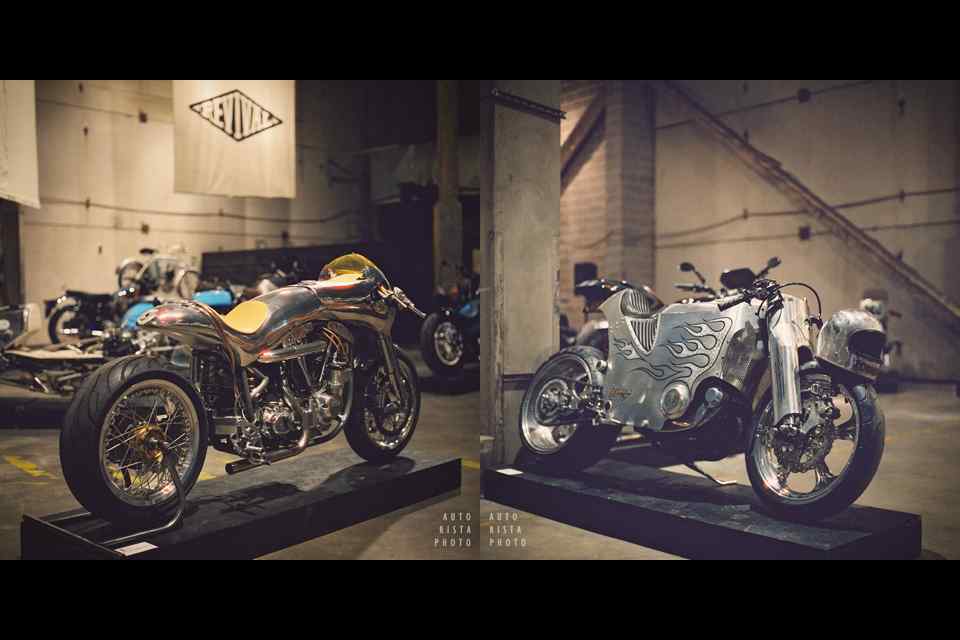 Expert fabricators from Illinois-based Rodsmith Motorcycles took a Shovelhead off a 1974 Harley-Davidson Electra Glide, supercharged it, then built it into a chopped frame off a Ducati 1098. The other metallic monster you see was created by Custom Works Zon, hailing all the way from Japan; Yuichi Yoshizawa mounted the engine off a Buell S1 Lightning onto a steel trellis frame, and covered it in aluminum bodywork.

“By sharing this work, we add fuel to a revolution in the making. People crave the satisfaction and creative outlet of producing something truly unique and fit to their own preferences for design and function,” says Revival Cycles. “This renaissance of working with our hands has helped create the movement that is the custom motorcycle scene… It is our vision that those that visit The Handbuilt Motorcycle Show will be inspired to pick up tools and use their hands to make something of their own.”

The past 3 Moto Builds Pilipinas winners pit their skills against each other for this year's Battle of the Champs.