Though sharing the limelight with cars, the motorcycles presented at the recent 2017 Bangkok International Motor Show (BIMS) were no less impressive. Top motorcycle brands were out in full force, including brands like Triumph and Moto Guzzi, that we wish were made available in the Philippines again. 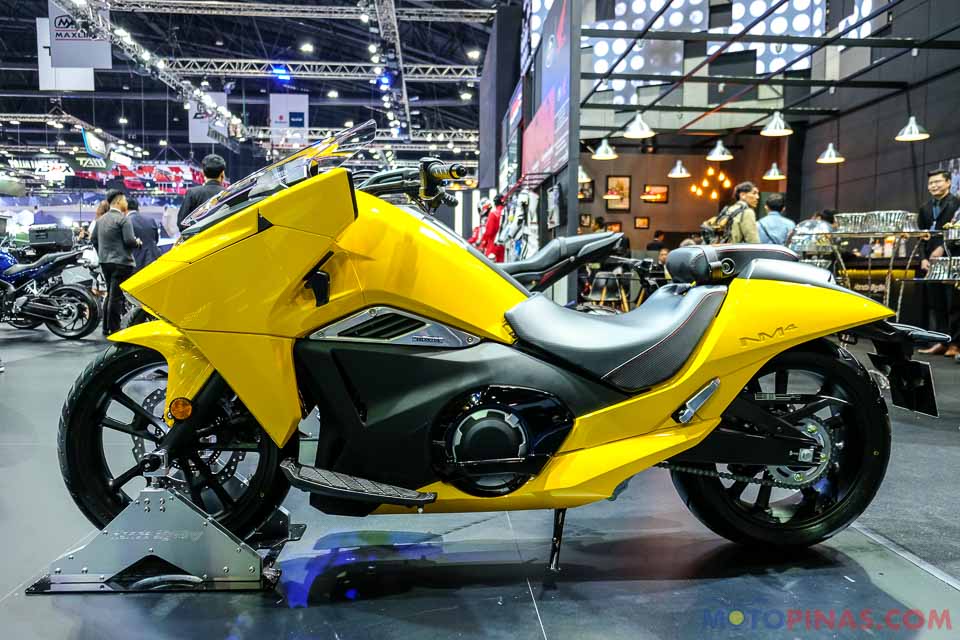 Honda easily had the lion share of notable models, headlined by the launch of the X-ADV adventure crossover scooter. The ruggedly designed runabout combines the qualities of adventure bikes with scooters, making for a compelling daily driver with weekend enduro abilities. It also took the wraps off its retro-styled Scoopy, now with an eSP powertrain. Equally intriguing was its own homegrown creation, the 150SS Racer concept bike dreamed up by the Honda Thailand R&D Center. 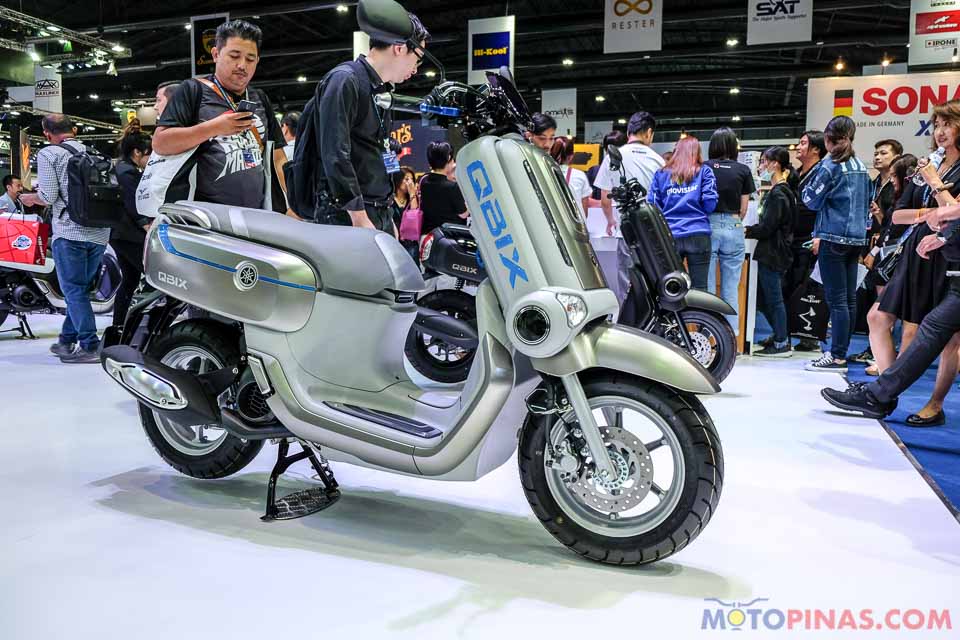 The renewed preference for scooters was reinforced by Yamaha's launch of its Q-Bix, integrating features formerly exclusive to cars like keyless ignition and a 12V power socket. 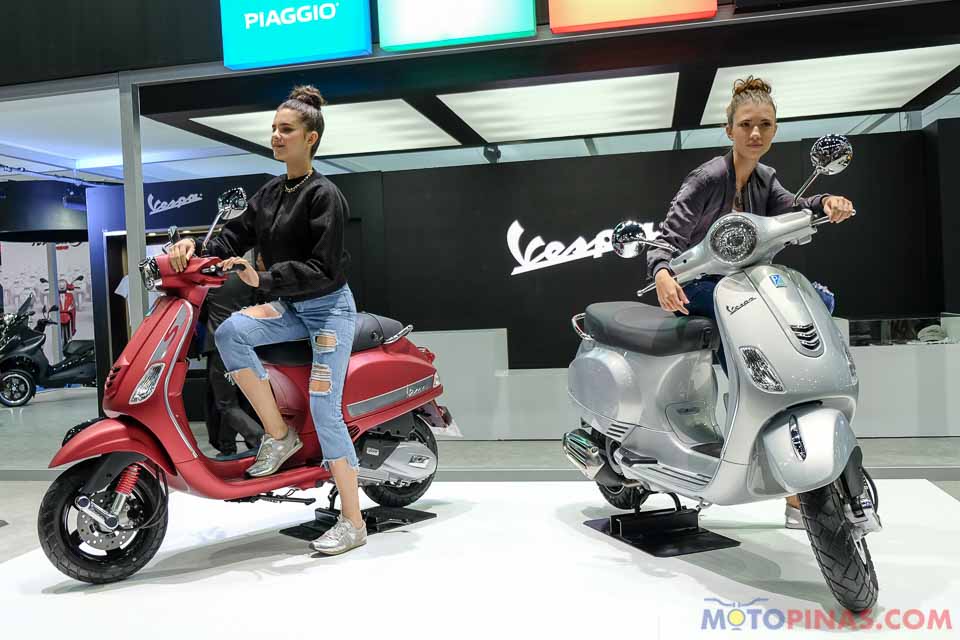 Vespa also updated its staple LX and S lines with i-Get Euro-3 complient engines as well as stop-start systems. It's also looking further into the future with its new Elettrica model, a fully electric line set to be sold later this year.

Speaking of electric, the show also saw the launch of Thailand's own exclusively electric brand, Strom, boasting of a 5-year battery warranty with bikes capable of reaching speeds as high as 115-km/h and ranges as far as 175-km. To cater to a wide range of clientele, Strom's models range from scooter, to standard, to even a touring model. 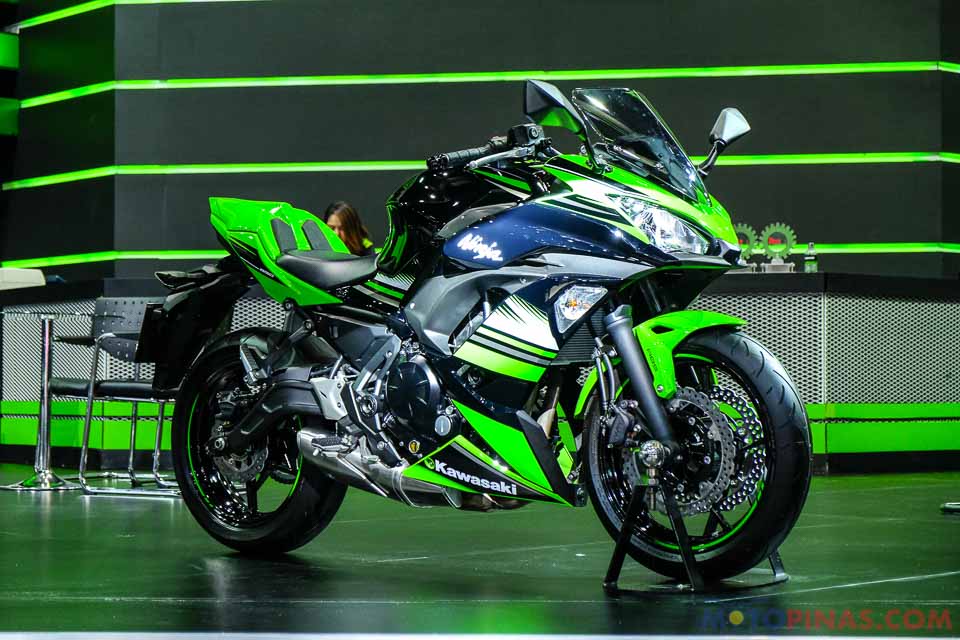 Getting the blood pumping were the sporty offerings from Honda, Kawasaki, Suzuki, Yamaha, Triumph and Harley-Davidson.

In tune with the launch of their high displacement sport bike models, Yamaha unveiled its new R1-inspired R6, featuring many of the sport bikes, throttle, intake, traction and drive mode technologies. 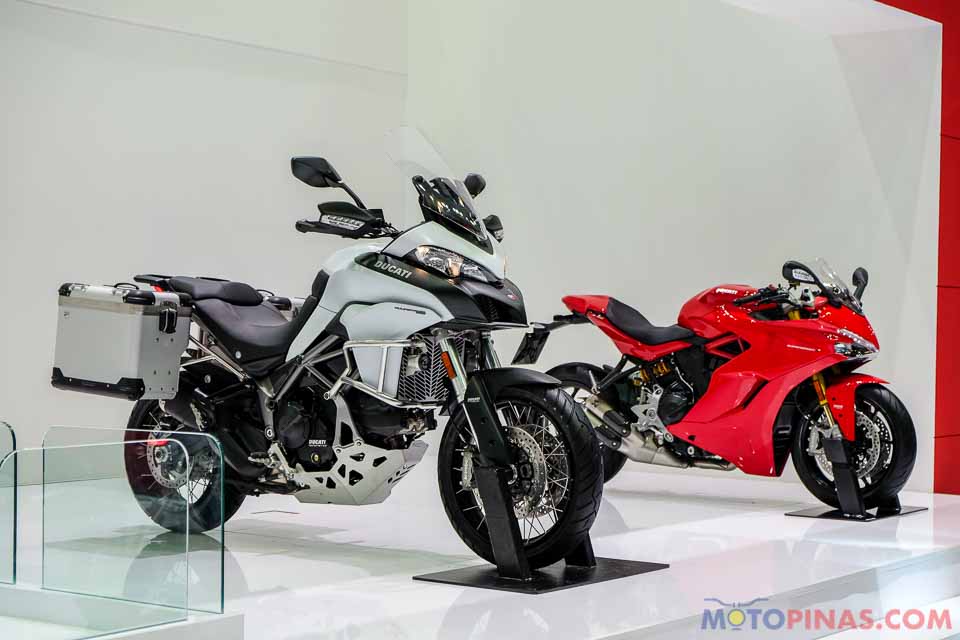 Ducati had quite a handful to unveil, beginning with two new Scrambler models, the Desert Sled and Cafe Racer. Those seeking more serious off-roading could turn to the Multistrada 950, bearing many of the tech toys of the 1200 with smaller displacement. Finally, those that want uncompromising performance need look no further than the Supersport S.

BMW on the other hand presented its catalog of machined parts for the R nineT. Though no new model was launched, it was refreshing to see unique models like the K1600 GT tourer, and R 1200 R naked sports. 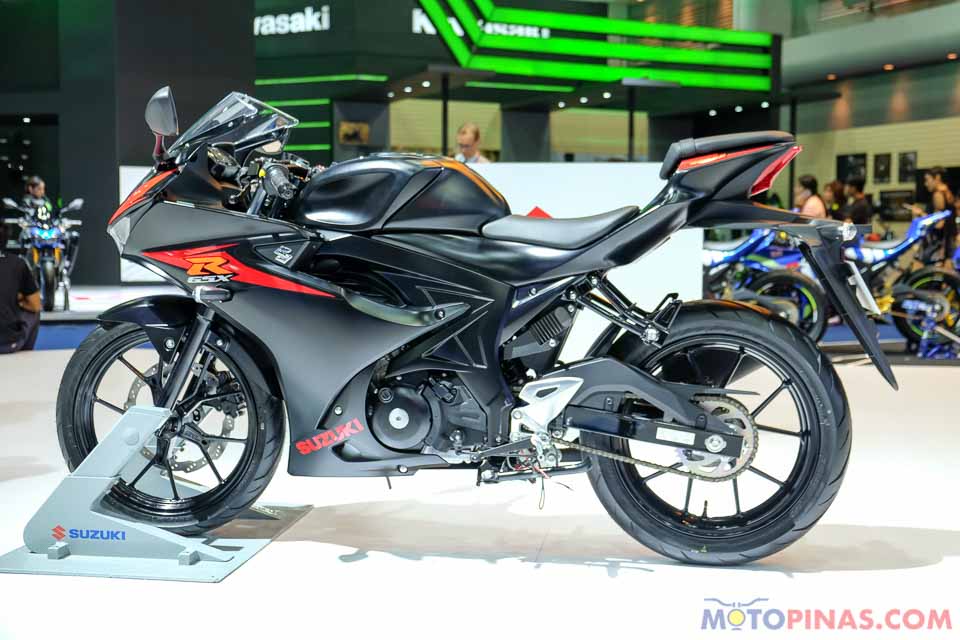 Suzuki's GSX-R150 is the lightest of them all, tipping the scales at just 126 kg dry weight and offering keyless ignition. 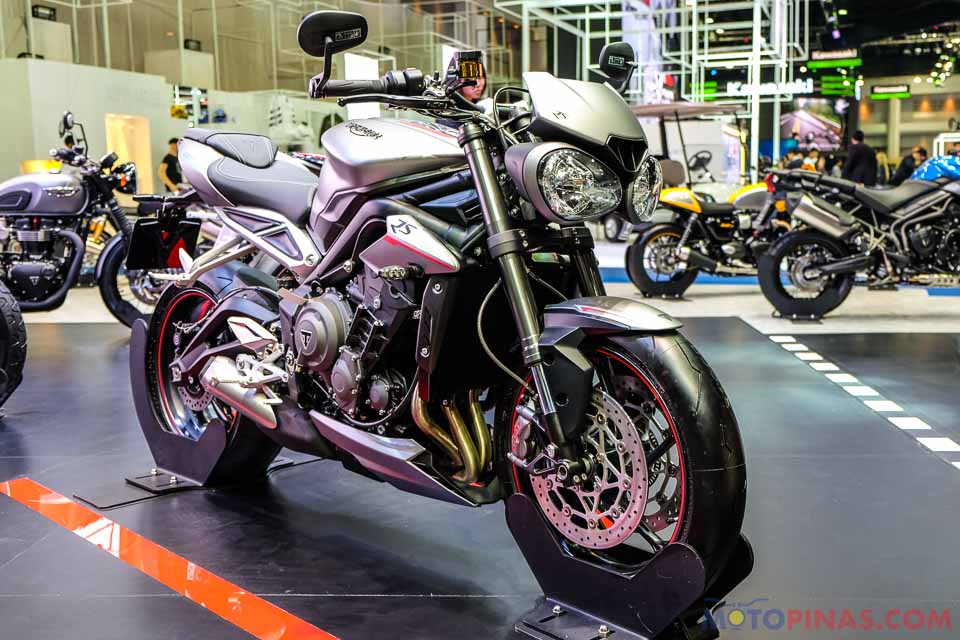 Triumph, on the other hand, decided to shed the fairings with its Street Triple RS naked bike. The new model gets a bump up in displacement to 750cc from its previous 675cc, and still powered by three cylinders. It features 5 drive modes with a quickshifter, encouraged by copies braking power and plenty of grip from the Pirelli Diablo Superior SP tires. 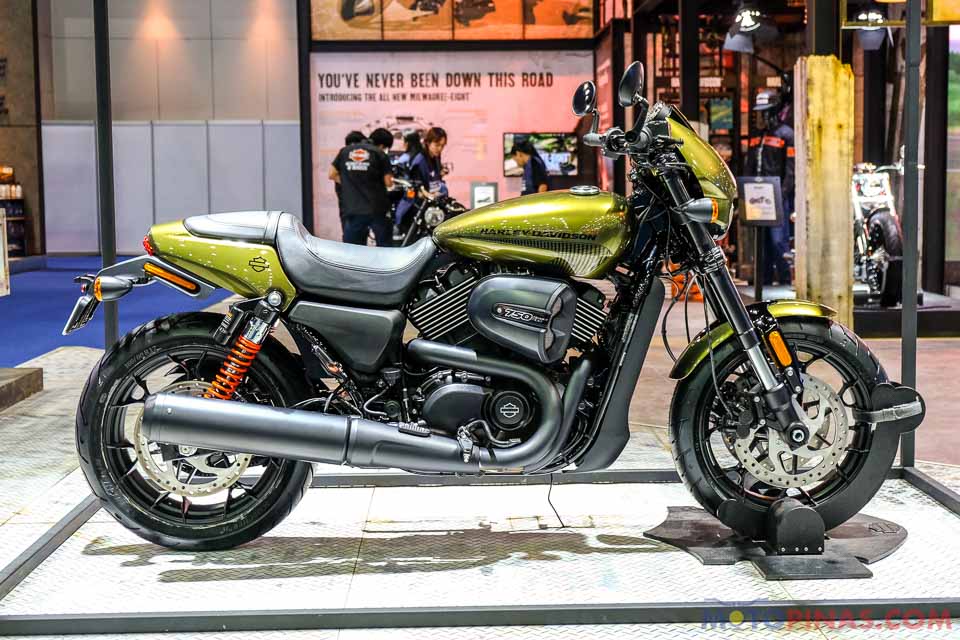 Finally, bolstered by the popularity of the Street 750, Harley-Davidson offered a touring version of its entry-level cruiser in the form of the Street Rod. Naturally, it's powered by the Revolution X 750 V-Twin. The roadster features sleeker styling than the twin, though carries over many of the model's hallmarks like the single multi-function gauge, and liquid cooling. 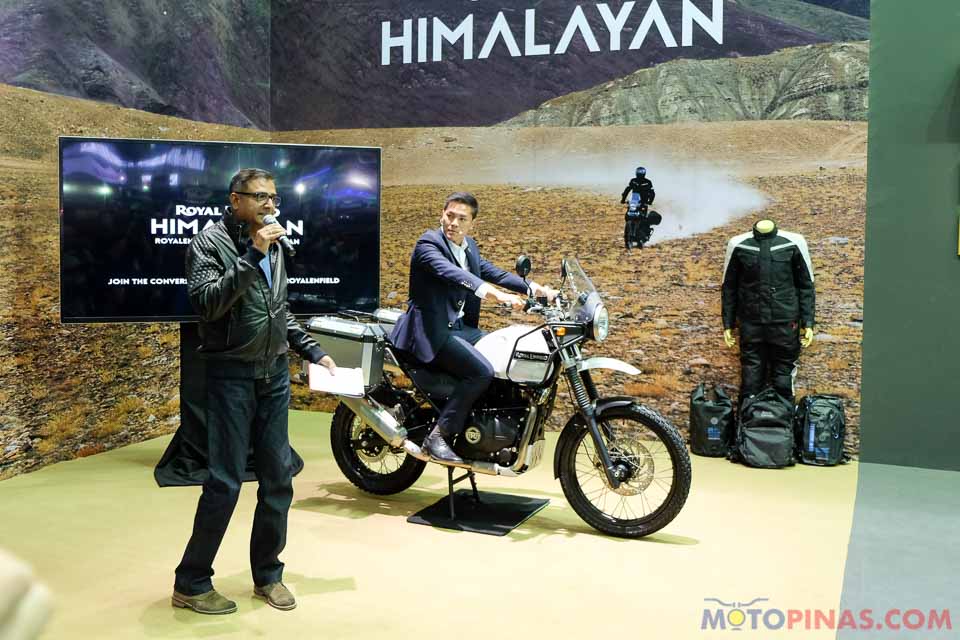 Finally, Royal Enfield also launched the much-awaited Himalayan dual-sport. The brand's first true off-roader is propelled by a 411cc air-cooled, fuel injected single cylinder engine. It has all the enduro essentials like high ground clearance, long travel suspension, disc brakes with ABS and even aluminum panniers as standard. Coupled with its agreeable price, it should be a new favorite in the segment.

When compared to our local market, the BIMS showed plenty of similar models as well as whet appetites for interesting offerings to come. The scooter segment is clearly showing lots of promise with many features formerly exclusive to cars and high-end bikes, like start-stop systems, power sockets, combination braking and ABS slowly trickling in.

While the jaw-dropping models like Honda X-ADV and Triumph Street Triple RS may still be pipe dreams, it is, on the other hand, possible to expect models like the Street Rod, Q-Bix, Scoopy, and GSX-R150 to arrive soon.

Moto Builds Pilipinas updates us on the year’s emerging shops and custom trends. It may still be illegal in Mandaluyong, but for everywhere else in the country, these 6 tips will make riding in tandem easier, and safer.