The Philippines can feel like the 'Wild West' for a motorist. You're surrounded by vehicles that obviously wouldn't pass safety inspections or standards, and operators who constantly disregard traffic regulations. Citizens are aware that the country is not lawless in a literal sense, because there are laws. They just aren't adequately taught, followed, or enforced.

The Land Transportation Office (LTO) published, in 2008, Administrative Order No. AHS-2008-013 with the subject “Rules and Regulations for the Use and Operation of Motorcycles on Highways”. It starts off as “pursuant to Executive Order No. 292 otherwise known as the Administrative Code of 1987 and the United Nations Vienna Convention for Road Traffic of 1968 to which the Philippines is a signatory, and in accordance with Department Order No. 93-693, series of 1992.”

In the ruling, there are some no-brainers.

2. Number plates need to be visible.

3. Licenses should always be carried.

Others are things that we see disregarded way too often.

4. Only one back rider is allowed on a bike.

5. Cargo can only be carried in saddle bags or approved luggage carriers. This was recently reinforced with a new ruling.

6. Headlights should always be switched on at any time of day. Their color and intensity has also recently been clarified.

Failures to adhere are supposed to result in fines. 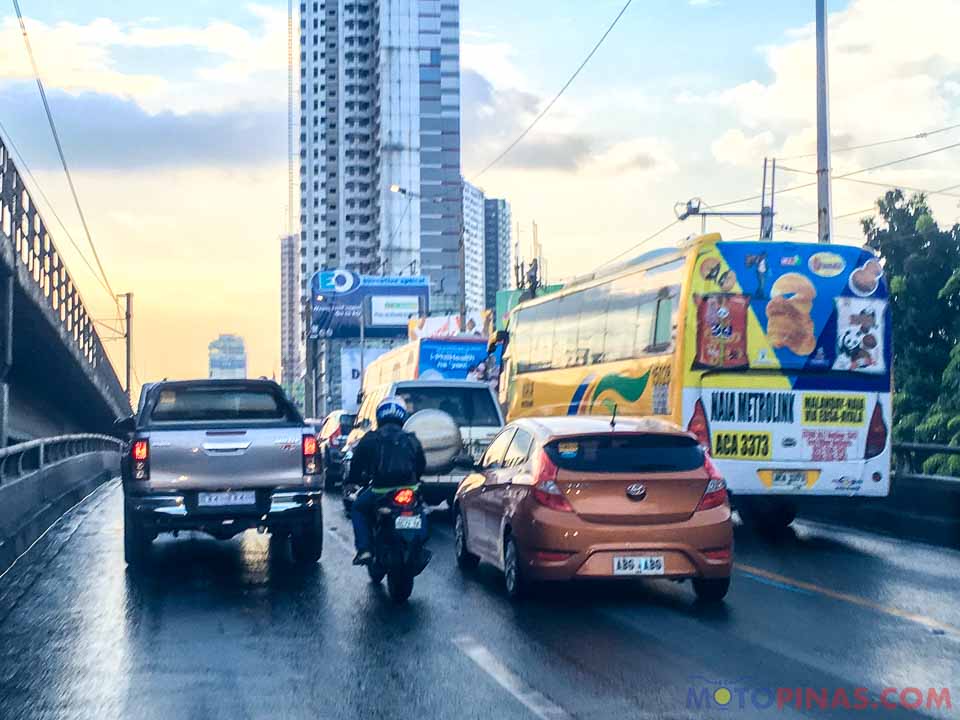 Funnily enough according to the same code under Section IX "Miscellaneous Traffic Rules" , lane-splitting (otherwise known as lane sharing or traffic filtering) is actually illegal in the Philippines. Some may be surprised, but other inferences are probably nothing new. We ourselves, our lawmakes, and traffic enforcers must either be unaware or just plain resigned — because almost every single rider in the Philippines weaves between cars and doesn't get stopped for the behavior.

Nonetheless, there are arguments for the legalization of lane-splitting.

California, one of only a handful of US States to legalize lane-splitting, has never specifically prohibited it in its traffic code. Its legality was only passed into law in 2006 with Assembly Bill 51.

It does, however, have limitations. Assembly Bill 51 limits lane-splitters to no more than 15 miles per hour (24 km/h) faster than other traffic and caps their speed at 50 mph (80 km/h).

The US Department of Transportation states that it can “provide an escape route for motorcyclists who would otherwise be trapped or struck from behind.”

The Hurt Report (published in 1981) states that lane-splitting can be one way to reduce rear-end collisions for those most vulnerable (motorcycles) in traffic. This is validated by a study made by the University of California at Berkeley, with its published report in May 2015 that concludes that motorcyclists who split lanes in heavy traffic are significantly less likely to be struck from behind by other motorists.

In contrast, other US States are reluctant to legalize it in fear that local motorists who are not used to it might make mistakes and cause injury. The fact that riders have always done it here puts the Philippines in a good position to legalize it; our motorists already generally possess the awareness and skill to accept lane-splitting as a daily reality.

Locally, the government has made strides to make our roads safer for motorcyclists. A few years ago, the Metropolitan Manila Development Authority (MMDA) established motorcycle lanes on Epifanio de los Santos Avenue (EDSA), Commonwealth, and C5. These are supposed to be shared with fire and emergency vehicles. Private four-wheeled vehicles are only allowed to use the lane if it is clear of motorcycles. In reality, however, it doesn't seem like cars or bikes have followed suit.

I am an advocate of lane-splitting. It may seem counter-intuitive, but studies abroad have shown that lane-splitting is safer, leads to less traffic congestion, and decreases carbon emissions. Perhaps the laws should be revised in order to adapt to modern reasoning. 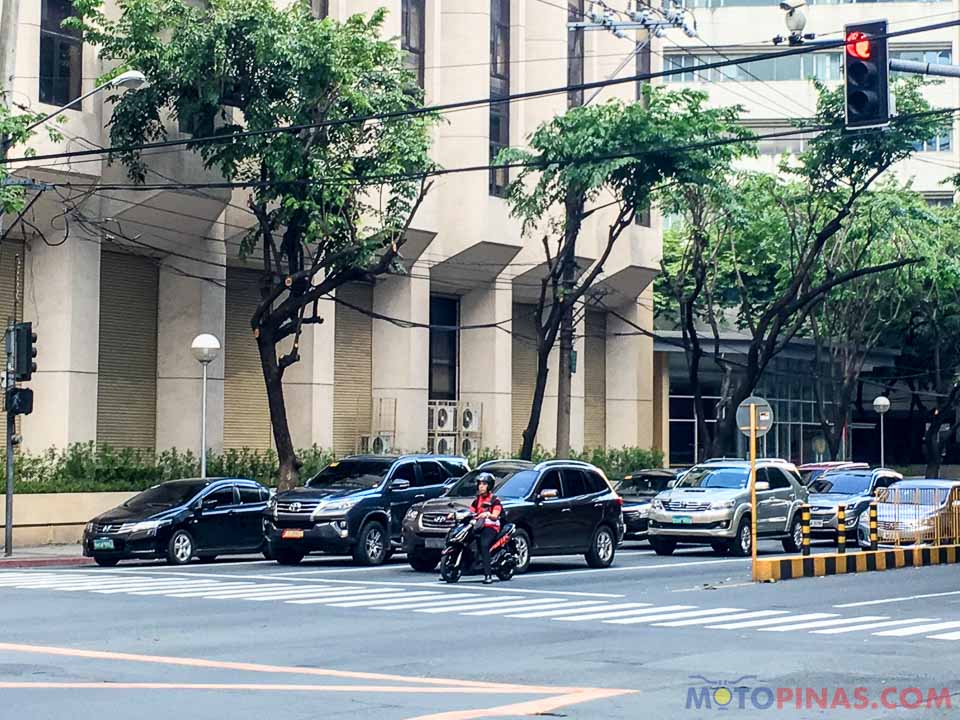 For now, we can all agree that, with or without changes, the law of the land should be enforced in a significantly more improved fashion. If this is your first time learning that lane-splitting is illegal here, be wary that enforcers are justified in citing you for an infraction if caught in the act. It is, after all, explicitly stated in the traffic code.

We take a peek at the newly launched bike models of the region at the 2017 Thailand International Motor Expo. Moto Builds Pilipinas updates us on the year’s emerging shops and custom trends.