A Guide to Common Types of Mopeds, Scooters, and Underbones Mopeds, scooters, and underbones are the unsung heroes of personal mobility. Sometimes overshadowed by the machismo of full-blown motorcycles with their big engines and manual transmissions, the scooter is an affordable and ubiquitous alternative to typical four-wheel transportation. I say “scooter” because it’s become a blanket term; people mix up the nomenclature colloquially, officially, or otherwise through no fault of their own. They’ll point at an underbone, call it a scooter, and even go so far as to call it a moped — even if the “ped” in moped is short for “pedal”. Whatever the case, they’re all actually types of motorcycles in their own right and these fun vehicles have been lane-splitting through traffic, stealing hearts, exploring the countryside, and taking over the world — two wheels at a time. Let’s get specific… 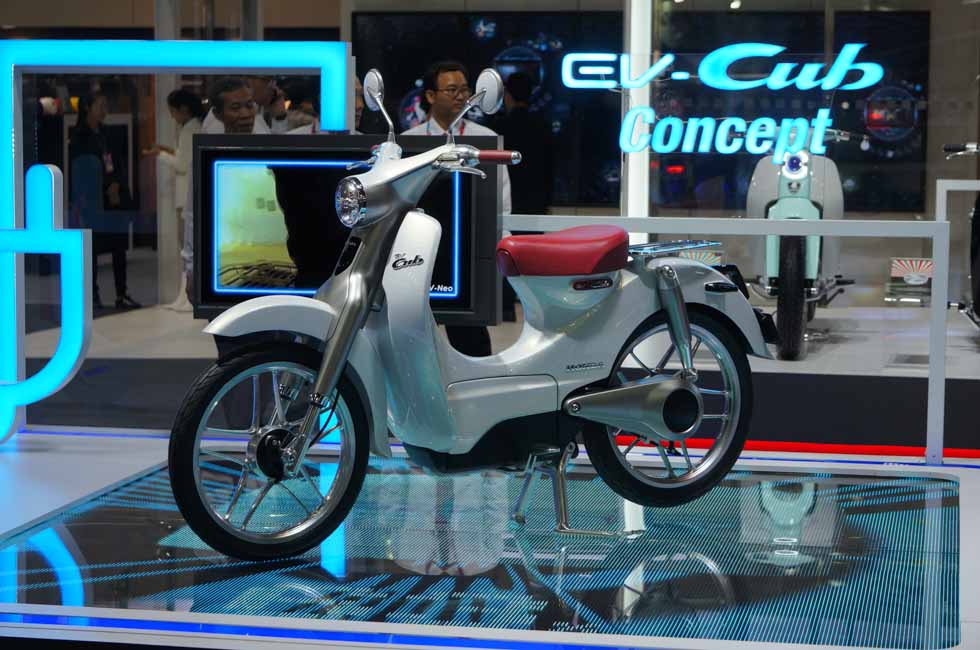 The birth of every type of motorcycle can be a tricky thing to trace back to one common origin. At the turn of the century, different people from different countries started to get the same idea — to motorize a bicycle. Call it technological synchronicity, but the concept was sensible to the point of predictable. The word “moped” combines the words “motor” and “pedal”, because mopeds had both. Some mopeds were step-through (the frame features empty space in front of the seat), some were step-over (the frame ran beneath the saddle). These variations made mopeds resemble anything from a power-assisted bicycle to an early motorcycle or underbone.

The auxiliary motor could be placed in a variety of locations on a frame, and in the late 1800s, people even used steam power. Mechanical innovation had phased out pedals along the evolution of the motorcycle and scooter, but regions and individuals still refer to any small displacement two-wheeled vehicle as a moped to this day (without pedals they’re more like “nopeds”). Real deal mopeds haven’t completely disappeared, though. People are still outfitting bicycles with small engines and companies have been releasing imaginative, environmentally friendly mopeds with electric engines and designs that showcase sleek, go-green futurism or incorporate hipsterrific retro styling. 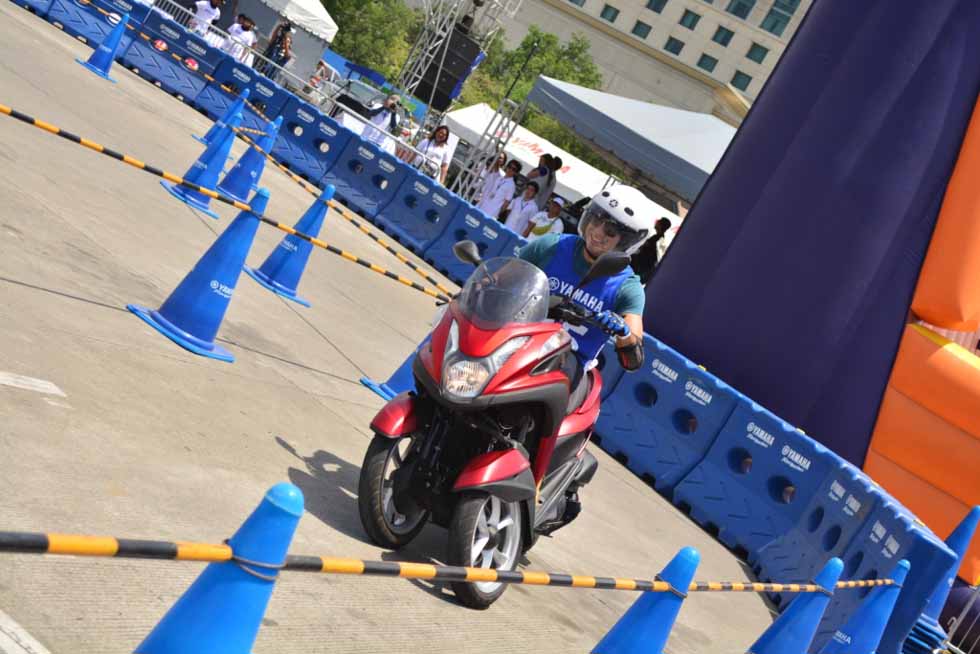 Scooters have step-through frames, with the engine usually nestled somewhere under the seat near the rear wheel. While early scooters had shift levers and some still feature shiftable transmissions, almost all modern ones are automatic nowadays for ease of use. People were making little scooters since the 1910s and ‘20s, but they started forming a recognizable shape in the late ‘30s and onwards. During wartime, scooters were used by military personnel for sending messages and as in-base transport… But the scooter’s most remarkable role put it in the sky, dropping by parachute alongside airborne troops. The invention of the scooter is often ascribed to Piaggio, but that simply isn’t true. Piaggio did, however, revolutionize the concept by building an iconic scooter with a design so timeless that it’s been carried over across the industry throughout forthcoming decades — the Vespa.

Scooters are now seen across the globe with their platforms on which to comfortably rest your feet (like a self propelled chair). They have front panels to shield the rider’s body from dirt, and most (but not all) have concealed engines protected from the elements. Others have taken it a step further with the addition of a third wheel (pictured above). 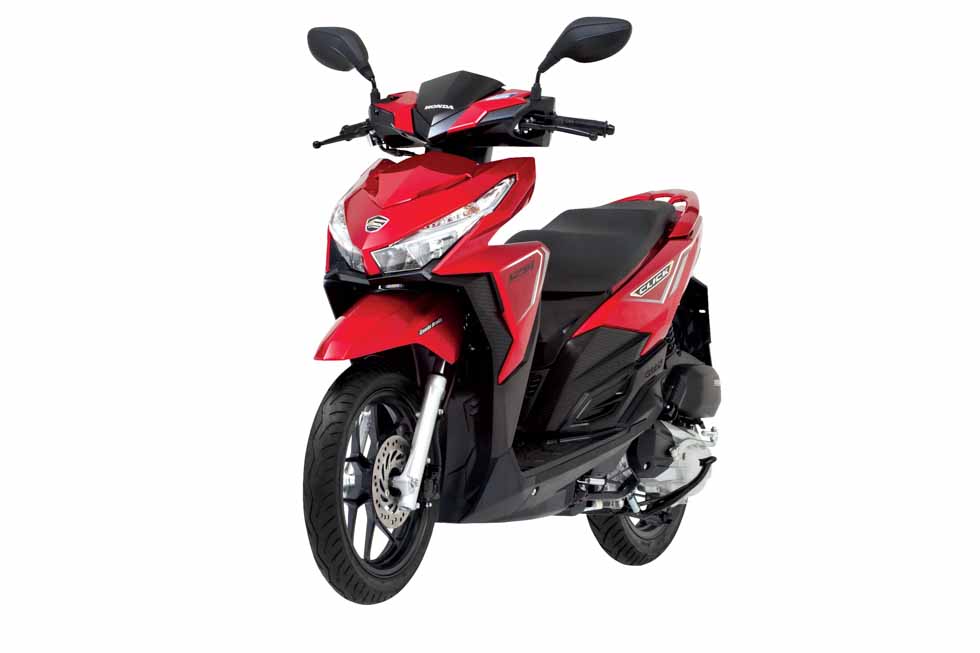 Scooters with engines larger than 250cc are effectively called “maxi-scooters” or “maxi-scoots” and their displacements can even exceed 750cc. Maxi-scoots are powerful, smooth, hassle-free touring machines with larger frames, ample storage space, and great road presence. 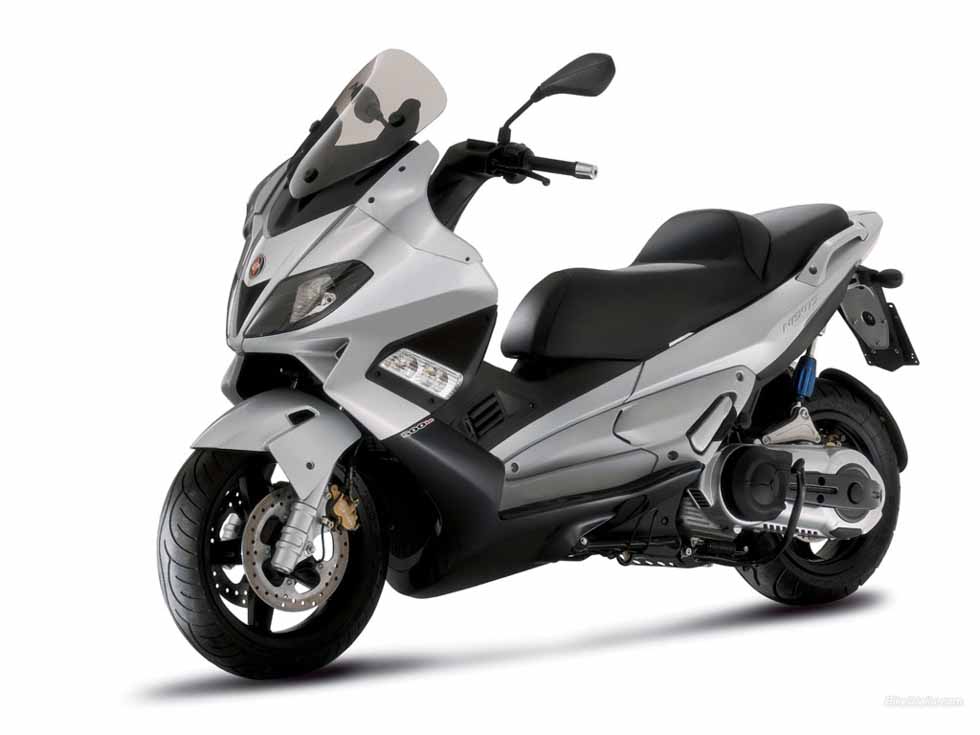 Underbones are lightweight motorcycles with step-over frames and small displacement engines positioned between the rider’s feet. They’re commonly referred to as mopeds or scooters, but are actually in a class of their own. While scooters allow your feet to lay flat on a platform right in front of you or on running boards at either side, underbones have footpegs typical to a standard motorcycle. Although some may offer fully automatic transmissions, the vast majority utilize semi-automatic transmissions without clutch levers; gear changing is done by foot. Some rare few, like the Honda RS150 (pictured below) and Suzuki Raider R150 feature full manual, 6-speed transmissions. 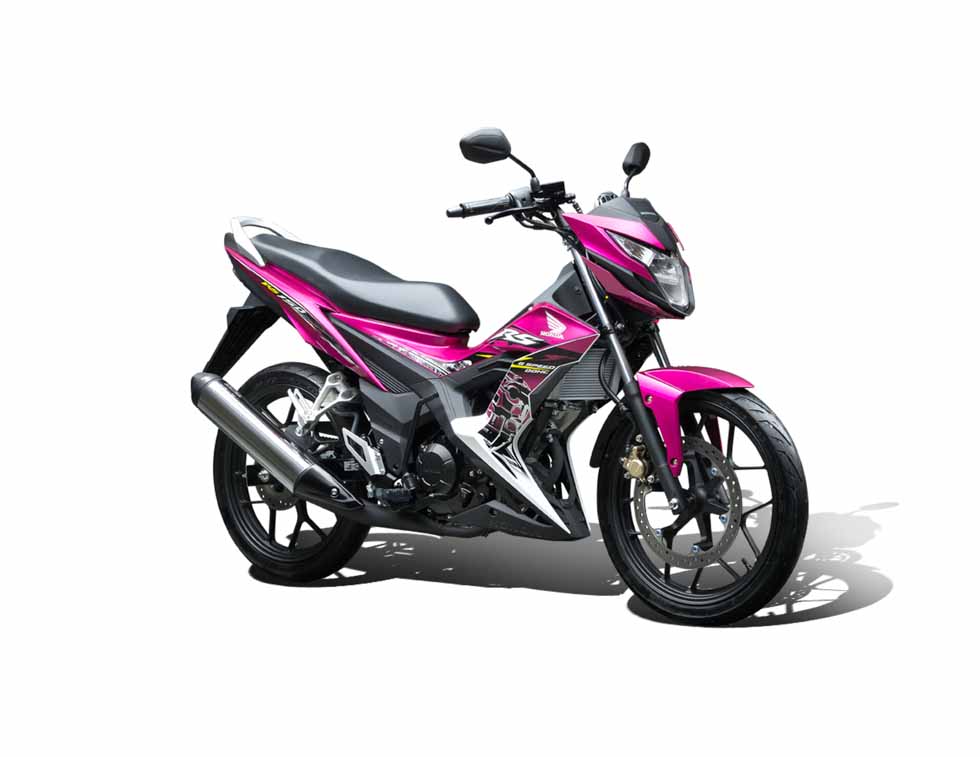 Wheels are generally bigger on an underbone than on a scooter and another trait that differentiates it from a motorcycle is the position of the fuel tank. Underbones and scooters alike are the champions of areas like Southeast Asia, or developing countries where the dominating population needs to be very budget conscious. They are fuel efficient, highly maneuverable, narrow machines that thrive while weaving through city traffic and navigating provincial roads. Underbones come in a wide variety from the sport (e.g. Raider R150, Honda RS150), street (Honda Wave, Yamaha Sniper), to motard (Honda XRM, pictured below) configurations. 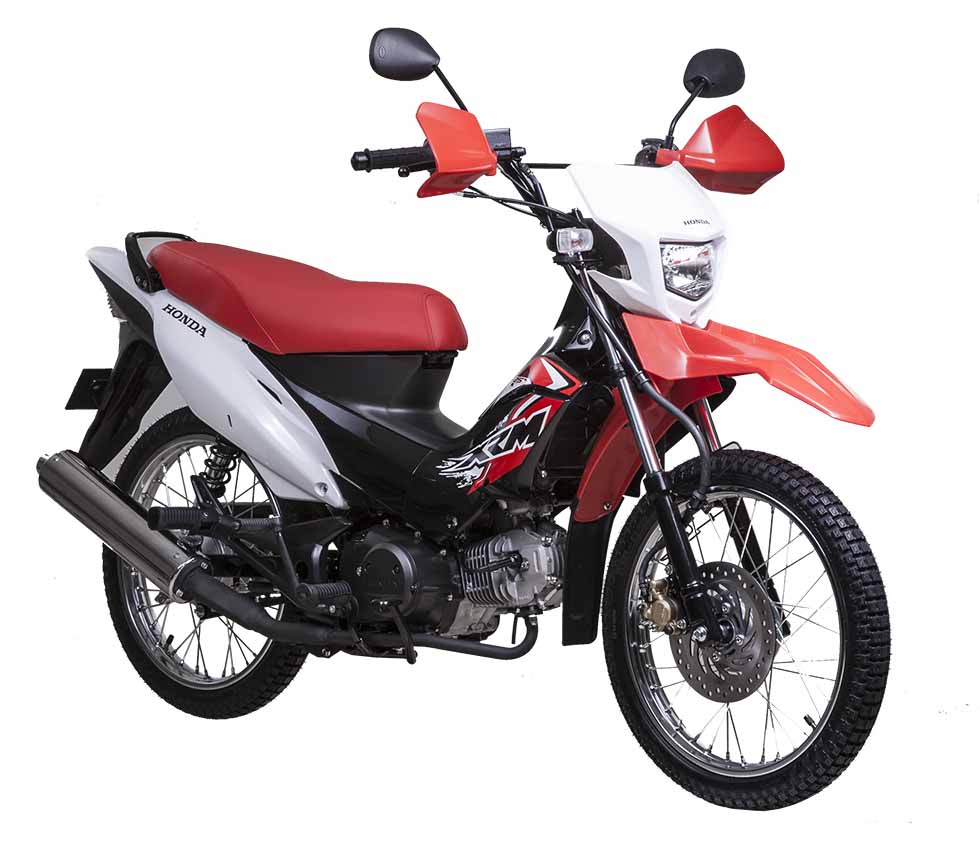 We take a look at the motorcycles of the 2016 Bangkok International Motor Show and highlight those worth waiting for. Cycle World Magazine will print its last physical issue on October 2020 and shift to digital distribution.

Peugeot has taken the wraps off its new Metropolis, now with a bigger engine and sleeker look.

A bus driver that rammed motorcycles at a Makati stoplight may face serious penalties if proven guilty of driving under the influence of an illegal substance.