Tough times are ahead of us, with prices of even the most basic goods on the steady rise. Last year, our government started implementing the TRAIN Law, which puts an extra tax on fuel, hence, higher gasoline prices. And for the average Juan dela Cruz, every penny counts, and every drop of gasoline is vital.

Just a few months after the Yamaha Sight 115 FI was launched, it quickly showed how efficient it can be with one entry boasting of a 129 kilometers per liter fuel economy reading when it finished the 2018 Petron SAFE Run (a fuel efficiency run). 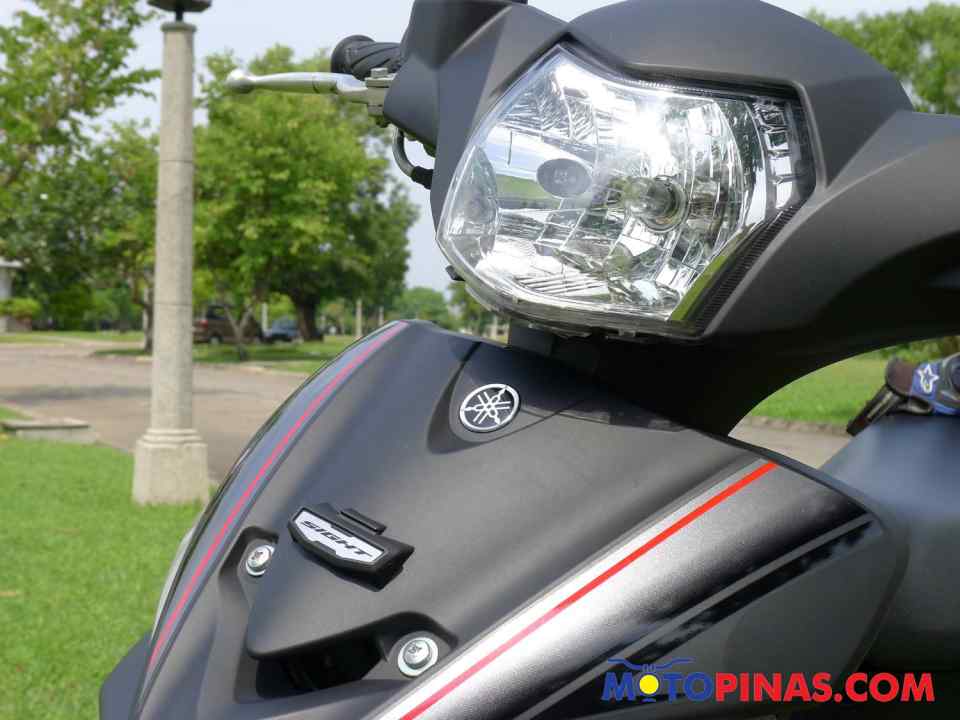 Just recently, the Yamaha Sight was able to break its own record by achieving a fuel economy of 133 kilometers per liter at the Yamaha Sight SAFE Run finals held at Cagayan de Oro City, with an average speed of 40-60kph. So, when our friends from Yamaha Motor Philippines handed us the keys to this Matte Black Sight 115 FI, we were excited to test this moped and see for ourselves how fuel-efficient this really is. 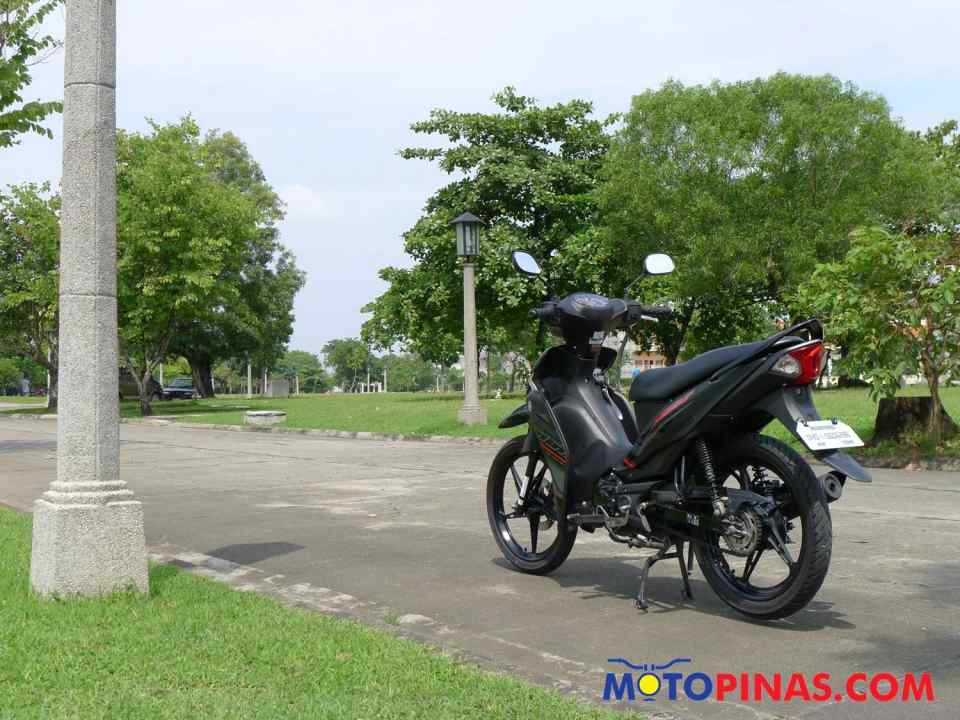 The Sight is powered by an air-cooled, single cylinder, 114cc four-stroke engine with Electronic Fuel Injection (EFI). It runs on a four-speed semi-automatic gearbox similar to most low displacement mopeds. Even though the Sight 115 only has a 114cc powerplant, the acceleration feel is comparable to a 125cc carbureted moped. Fortunately, I needed to run an errand for a small home improvement project. I was able to use it to carry a couple of sand bags with no trouble. Indeed, the Sight 115 proved that not only it is a perfect work commuter, but also a hauler when the need arises. 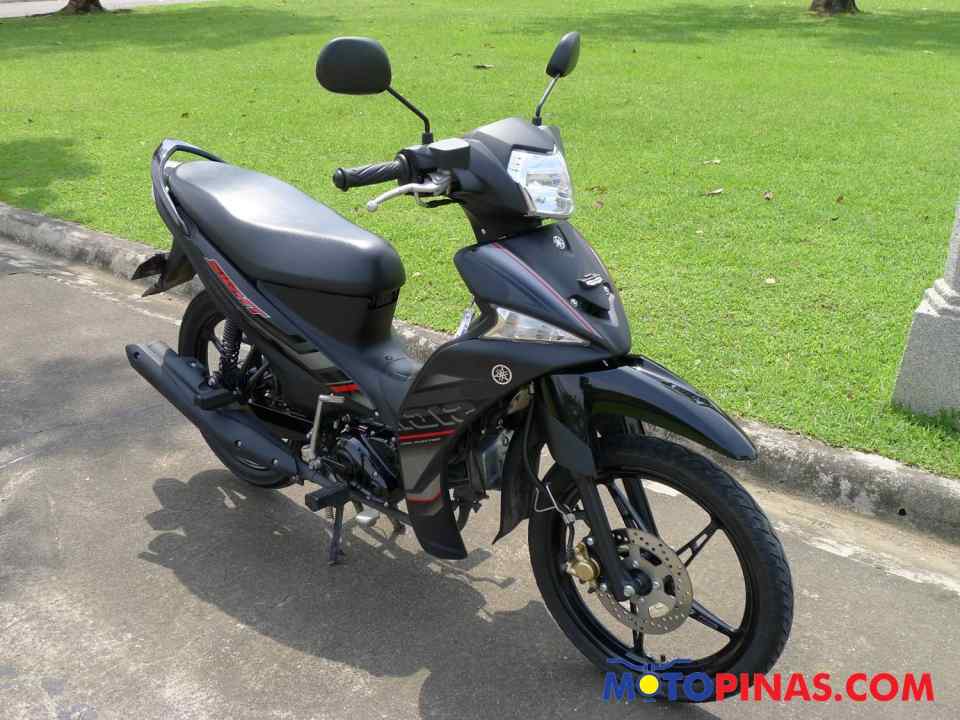 What I liked about the Sight 115’s styling is the color. The Matte Black finish has that ‘tactical’ look. 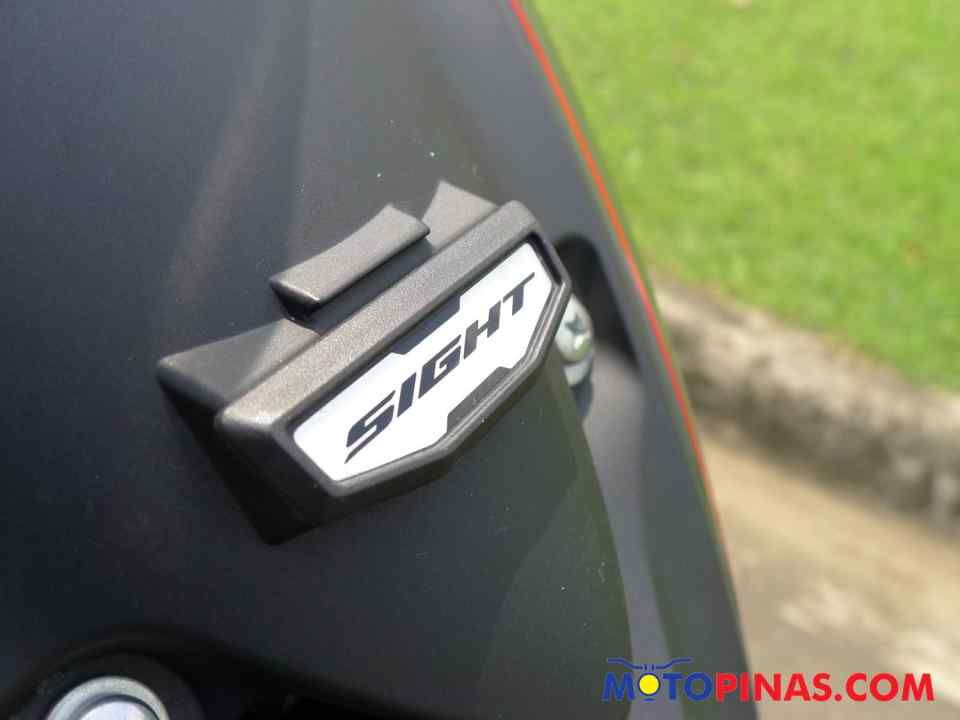 The curves of its body are also in tune with the current trends, unlike some mopeds which basically had the same design since 2007. 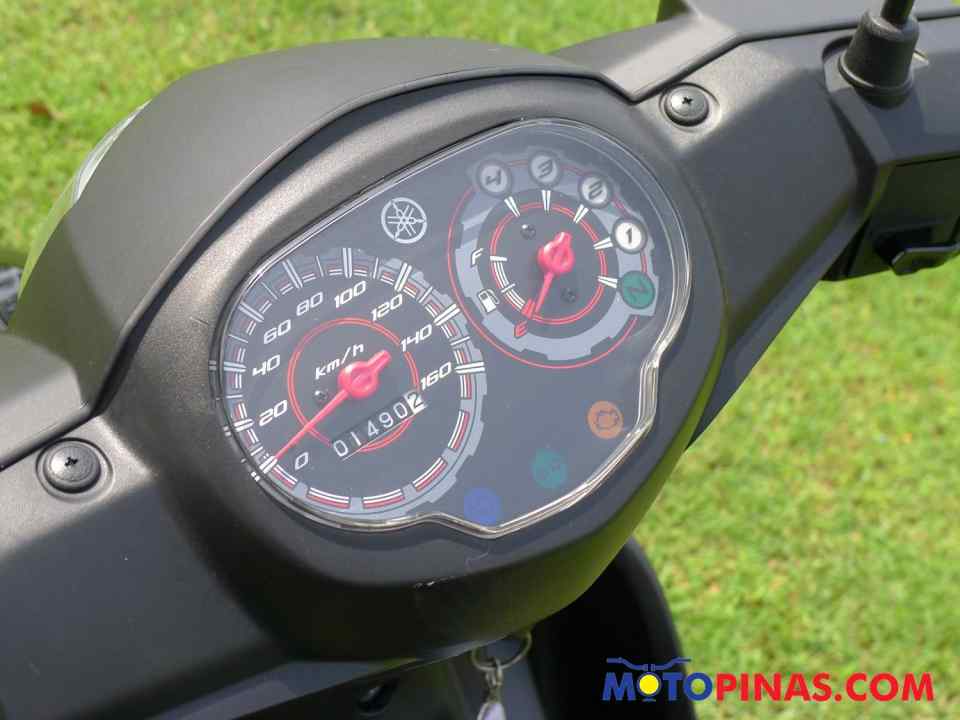 The sight features a relatively modern instrument cluster featuring red needles and large, easy-to-read dials. Gear indicators on the right side tell you what gear you're in or if you're on neutral. 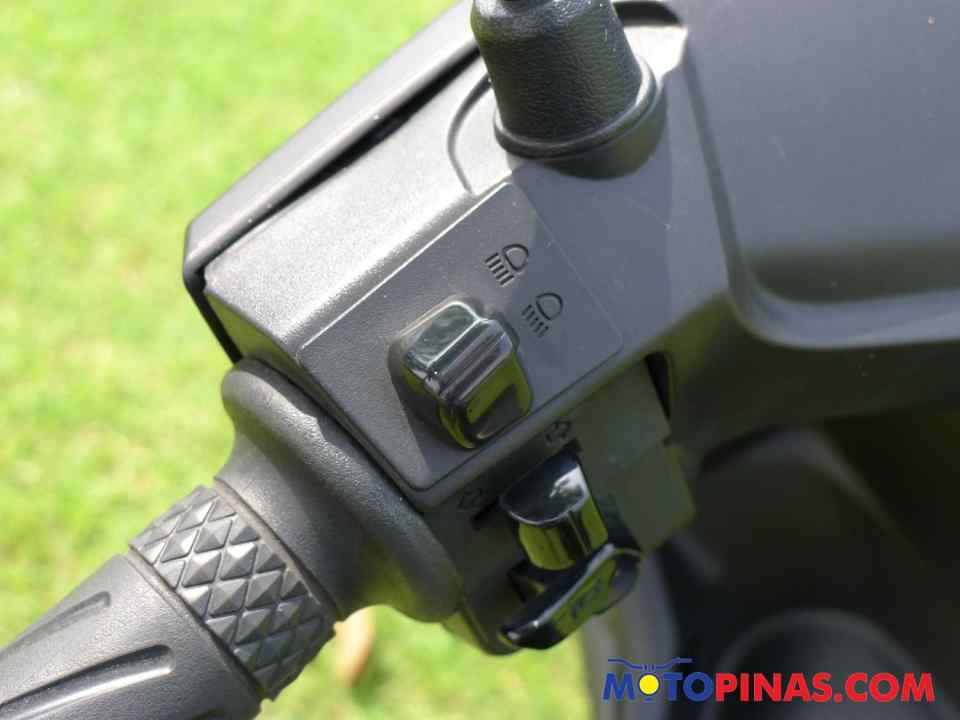 It comes with Auto-on headlamps with standard controls on the left handlebar. 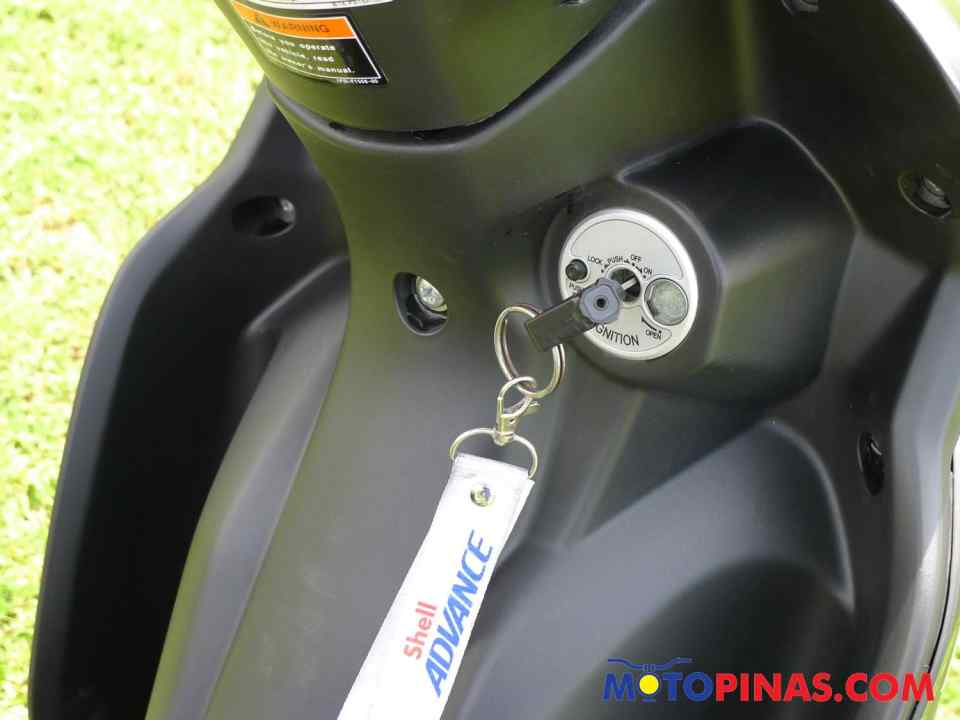 Like all Yamaha models, the keyhole comes with a security cover which can be opened by a hexagonal nut on the key itself. 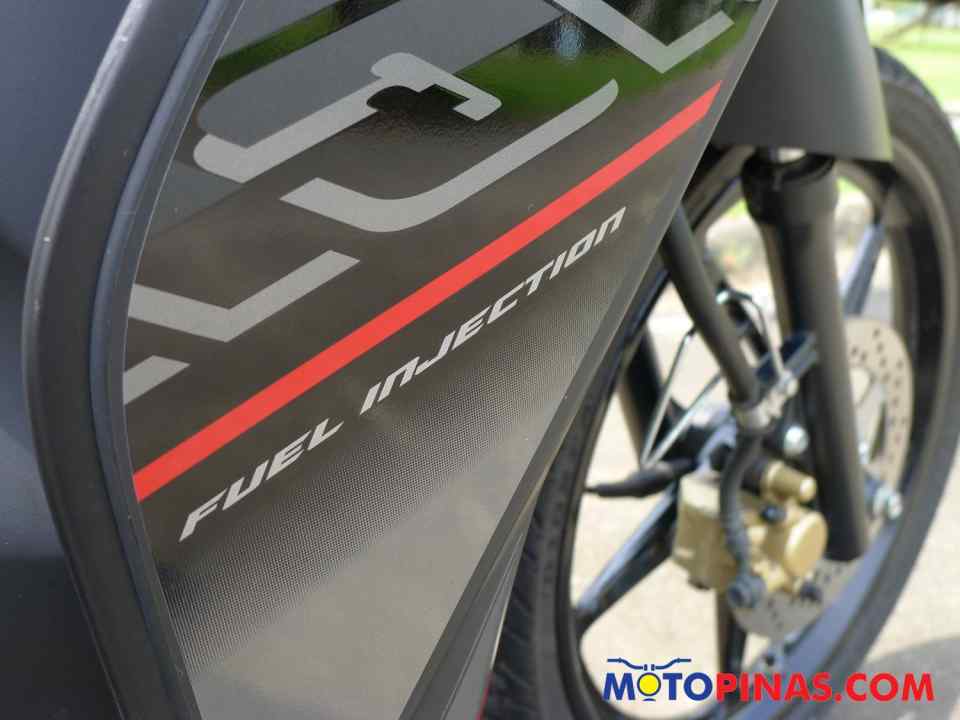 As for the handling, the Sight 115 handled pretty well with some speed over some corners of Marilaque Highway. Although this bike also suffers from some frame flexing (a common thing with underbones), when cornering at speed, the movements are more manageable, unlike other mopeds. The suspension is pretty much the same as the other mopeds in the 110-125cc category. 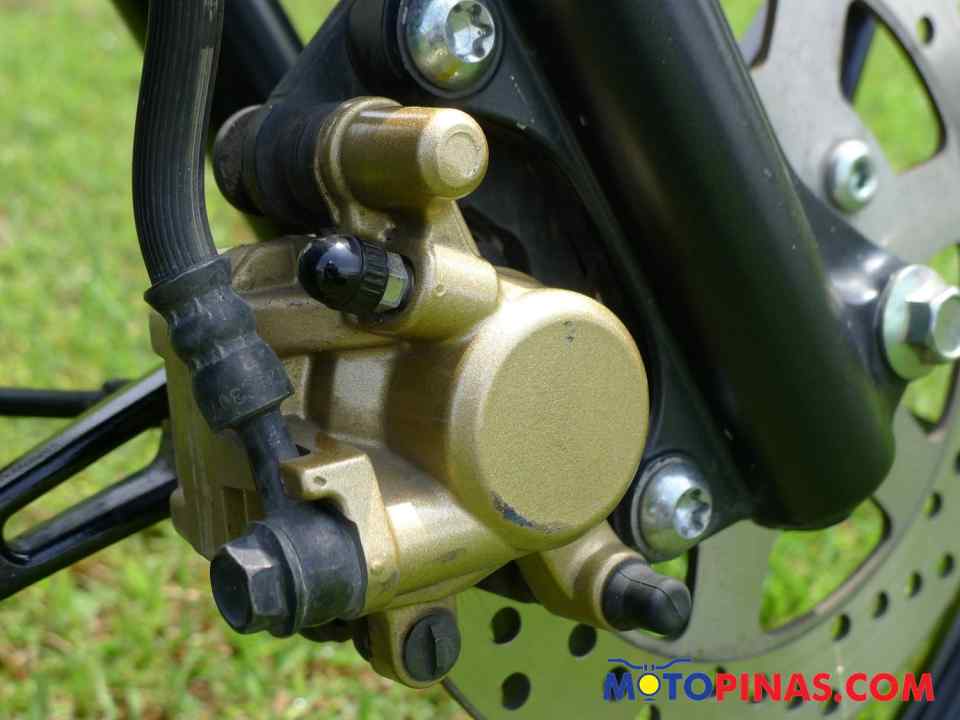 Stopping power is provided by a single piston front disc brake with drum brake at the rear, which provides good bite and is pretty responsive. 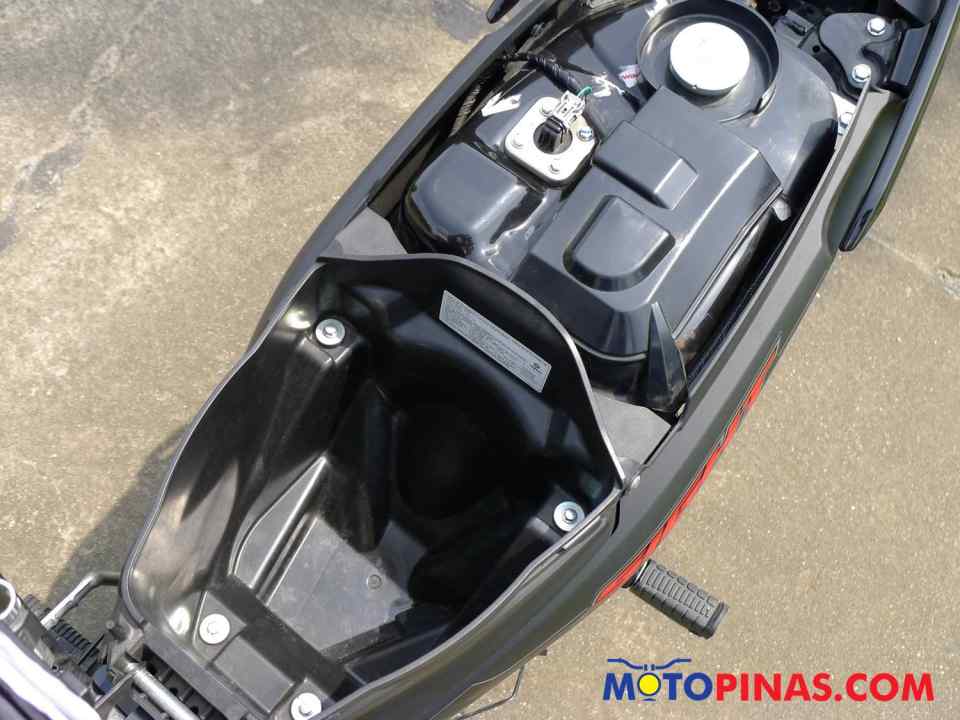 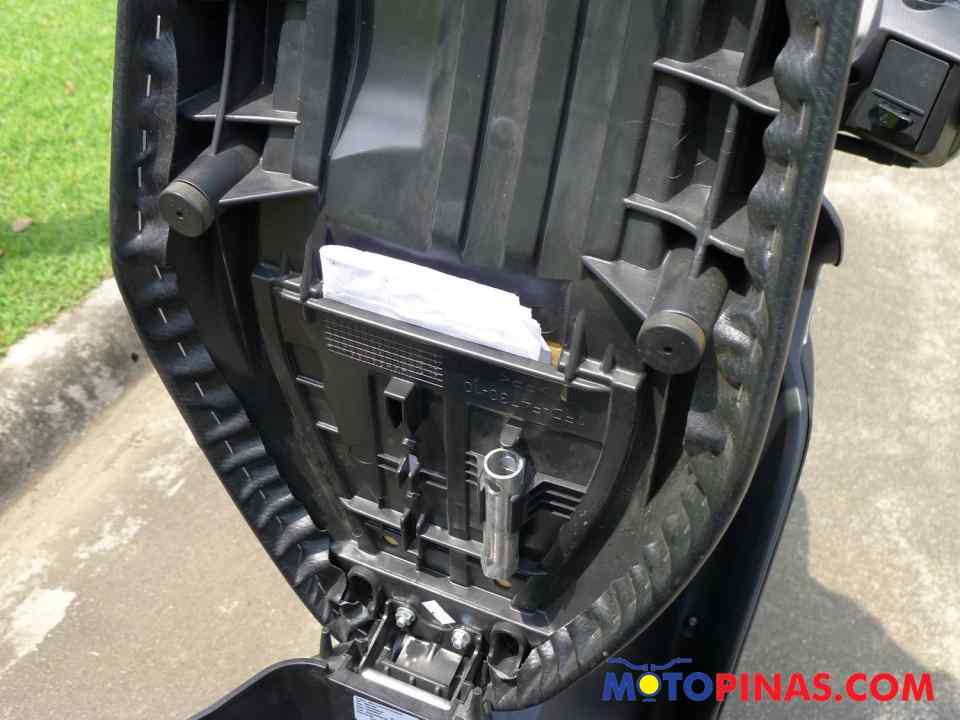 Nonetheless, given the right conditions (and patience to run at 40kph), I am positive I could also achieve high fuel efficiency with this bike, or at least make it closer to 100 kilometers per liter. 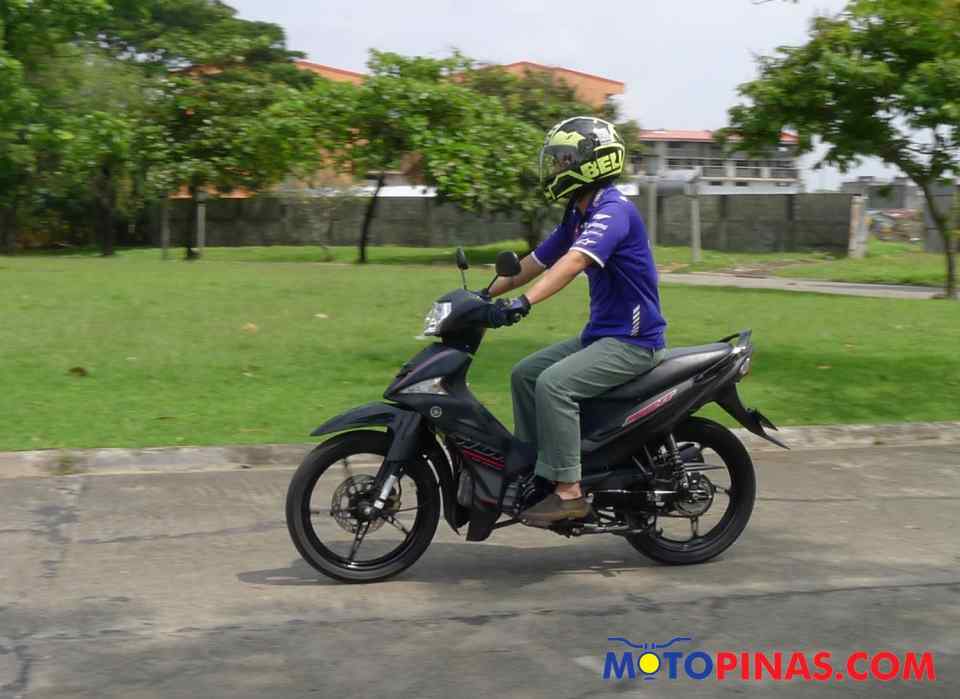 Achieving 100-kilometers per liter fuel economy is an impossible task given the traffic situation here in the metro, and being able to come up with a 55+ km/l is already an achievement in itself. With fuel injection technology steadily improving every season, expect more and more mopeds to ply our streets like fuel efficient as the Sight 115! We took this 'little GS' up some mountains near the metro to find out if it is as capable as its bigger brothers, the F800 and R1200 GS.