BMW's GS line of motorcycles are practically synonymous with adventure riding. The brand was among the first to explore and define the segment. More than 30 years later, almost all the big names in the motorcycle world have their own interpretation of what an adventure bike should be. Even conservative Harley-Davidson will soon jump into the bandwagon with their 2020 Pan America 1250. 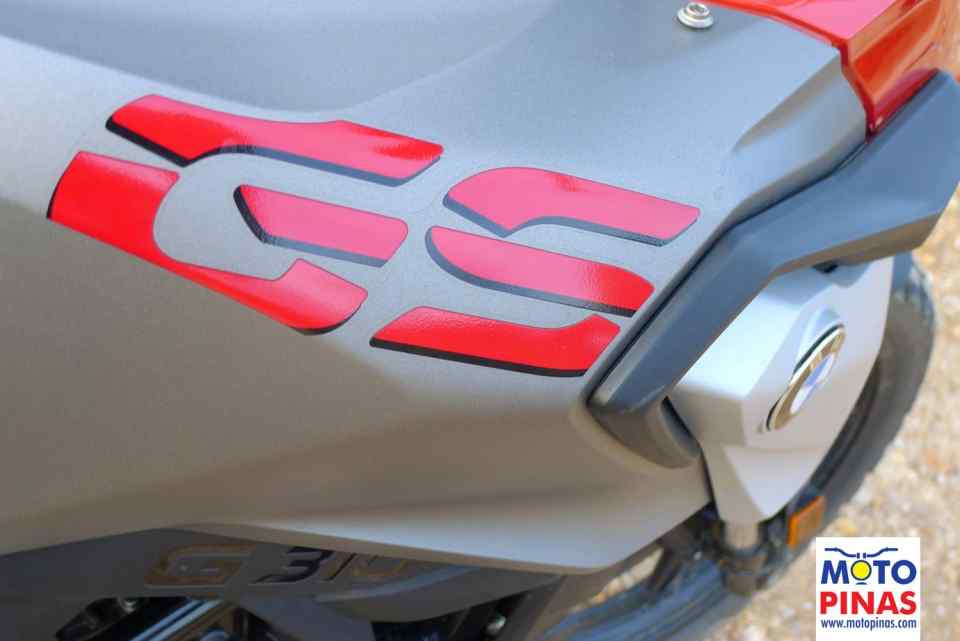 As appealing as the idea is, adventure riding is intimidating for the average rider, especially to the short-legged Filipino. For one, there's the heavy mass, and second, there's the tall seat height. There's the F800 GS for those intimidated by the weight, while the low seat low suspension R1200 GS's answer for the height. 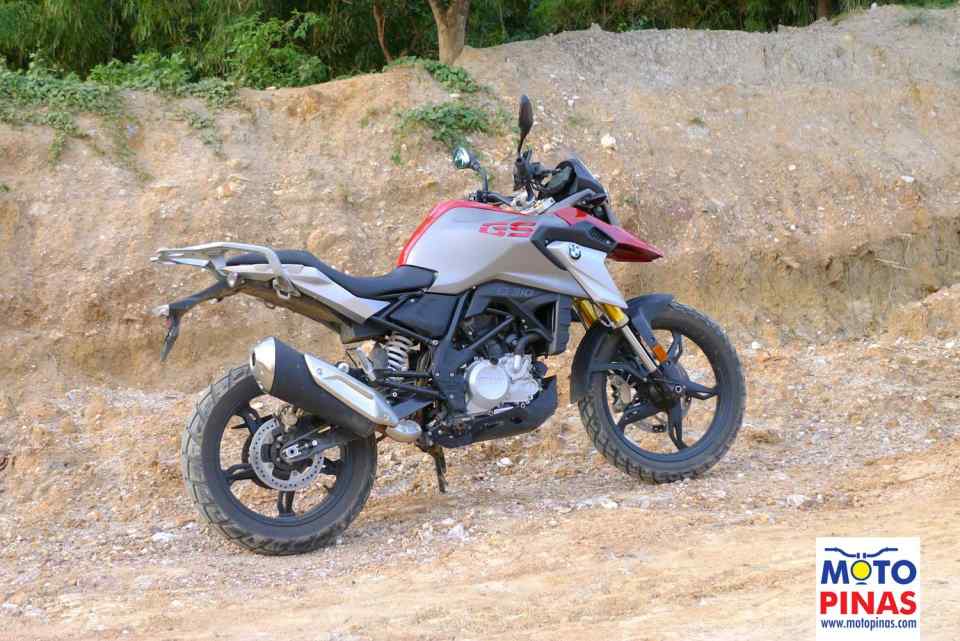 However, acquiring one continued to be a financial challenge. That is until BMW entered into a partnership with TVS (who, in turn, is eyeing to compete in the premium bike segment). This partnership has produced the BMW G310 series, of which its latest variant is the G310 GS. 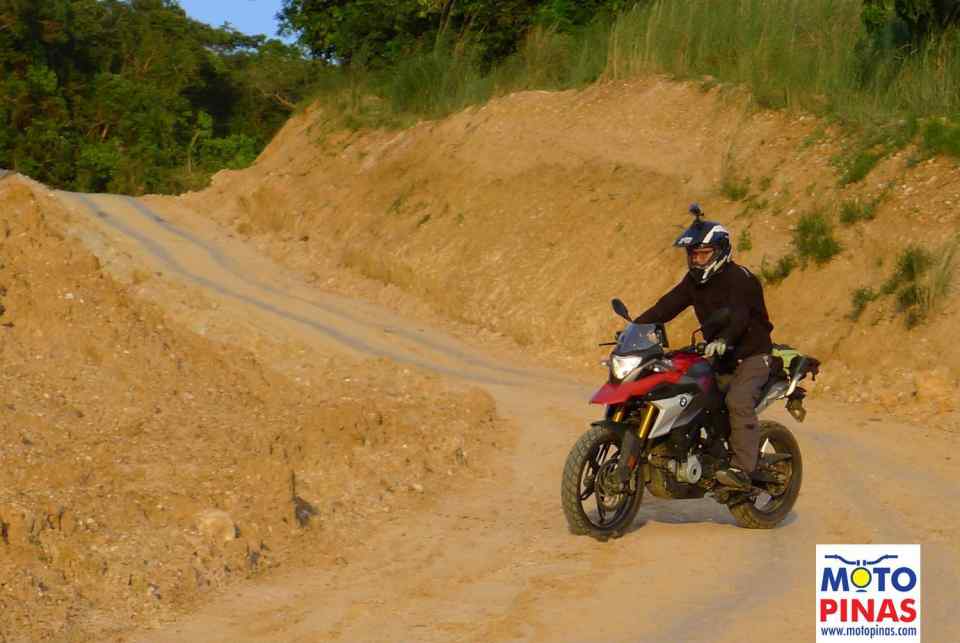 Thanks to our friends from BMW Motorrad Philippines, we got a taste of what the G310 GS has to offer. To fully understand all the joys adventure riding has to offer, we we tested it in the backroads of Santa Ines in Tanay, Rizal, Mt. Maarat in Montalban and Magallanes, Cavite. 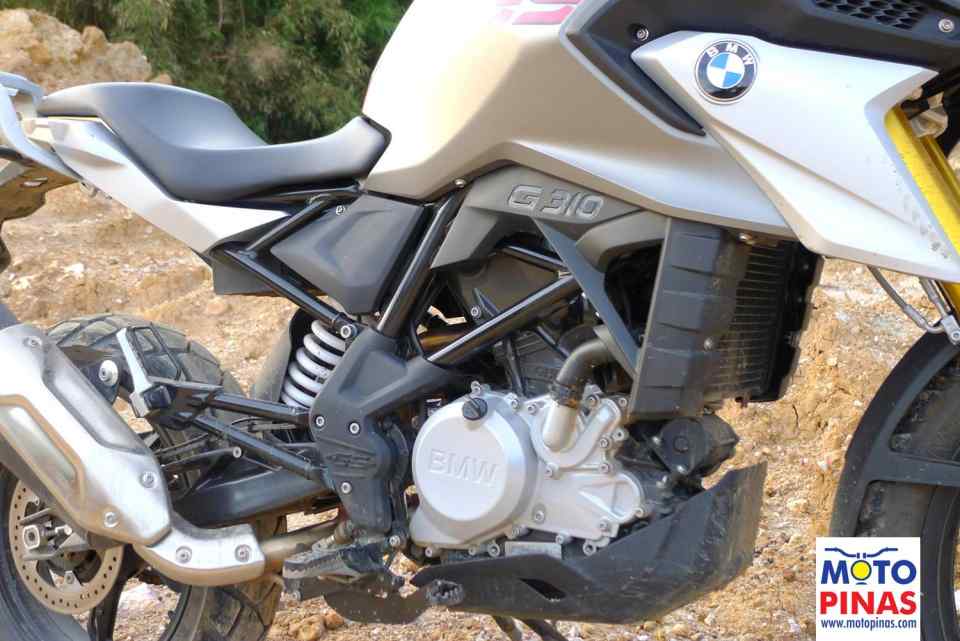 As the name suggests, the G310 GS is powered by the same powerplant as the BMW G310 R (read our review here). That powerplant is a backward-tilted liquid-cooled 313cc single cylinder double overhead cam (DOHC) engine. As opposed to a conventional engine, this thumper’s exhaust manifold is in the rear, while the intake is in front. BMW claims that, due to the engine’s design, the bike’s weight is almost a balanced 50/50 weight distribution. 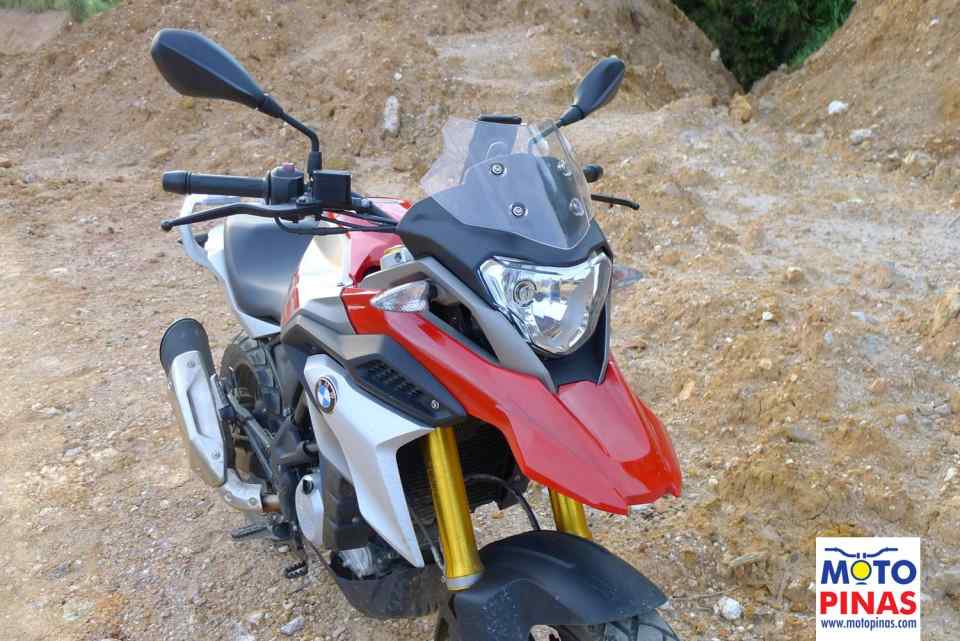 When it comes to its design, the G310 GS won't be out of place when beside its larger displacement siblings. A lot of times, some friends and riders that I came across mistakenly identified it as an R1200 GS. 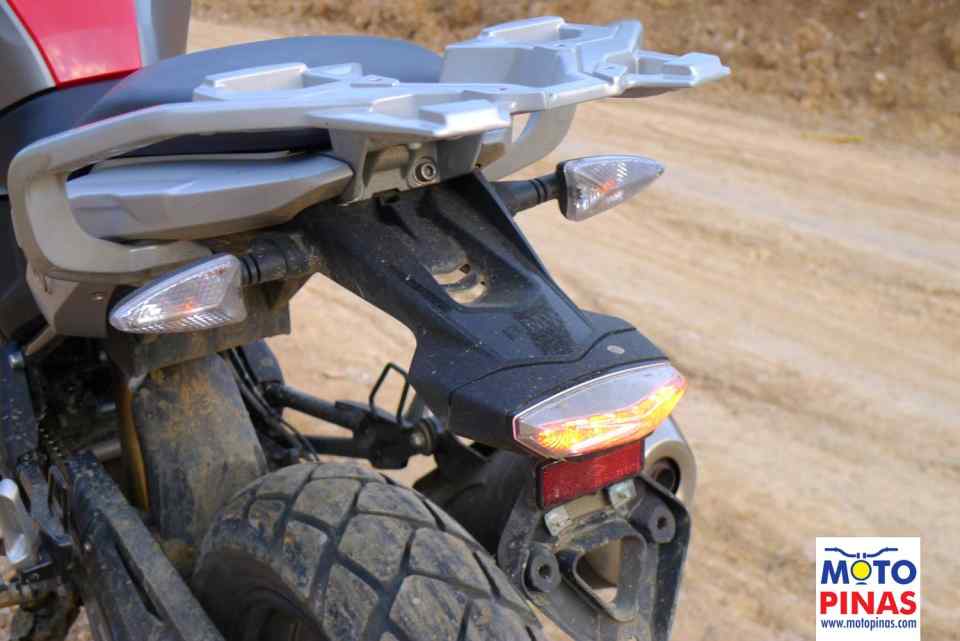 The G310 GS is also BMW top box ready out of the showroom. No need to buy an aftermarket bracket for that rear luggage carrier. 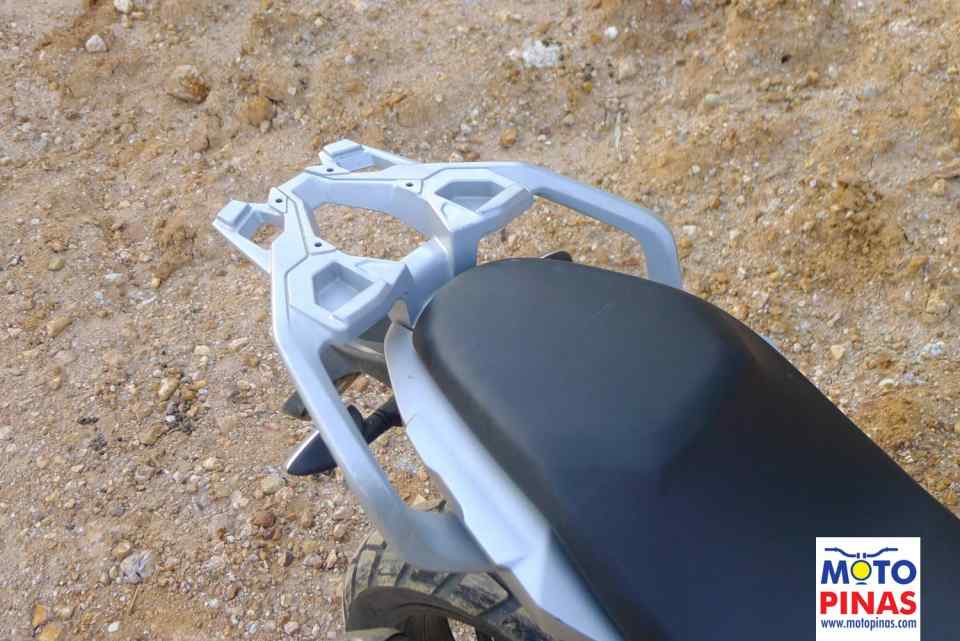 The G310 GS has a pretty manageable seat height, particularly for vertically-challenged riders and newbies alike. At 833 mm, it is about the same seat height as a Yamaha Aerox scooter. I did not have any issues with the riding position, as the handlebar and its 11-liter fuel tank were already positioned ergonomically to my preference — even when standing up. 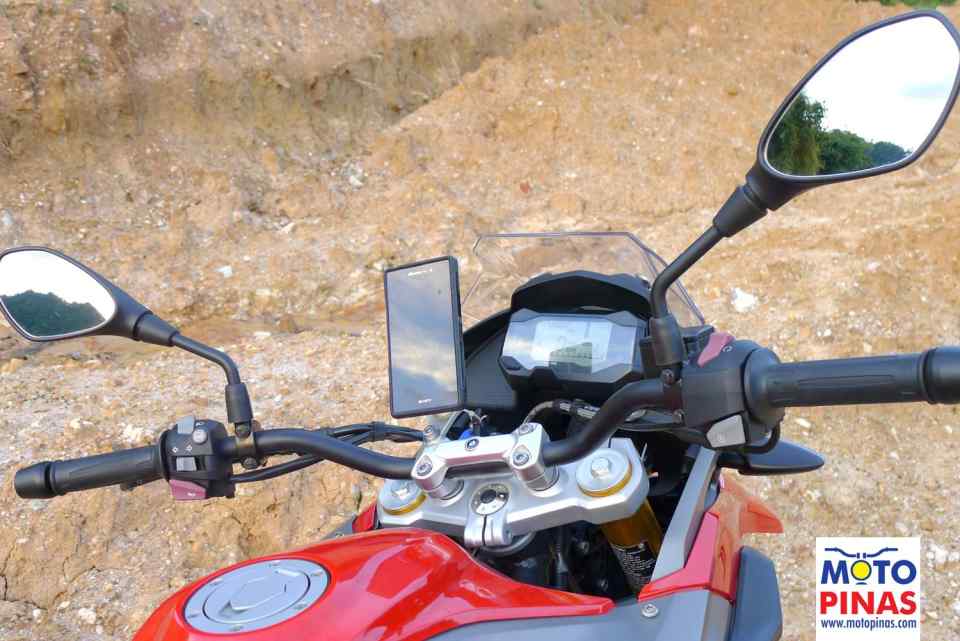 Starting it up, I noticed the clutch pull is light, with the transmission fluidly shifting from 1stto 6thgear. The engine becomes comfortable starting at 3,000 rpm, reaching the max power of 34-hp at 9,500 rpm, and max torque of 28-Nm at 7,500 rpm. 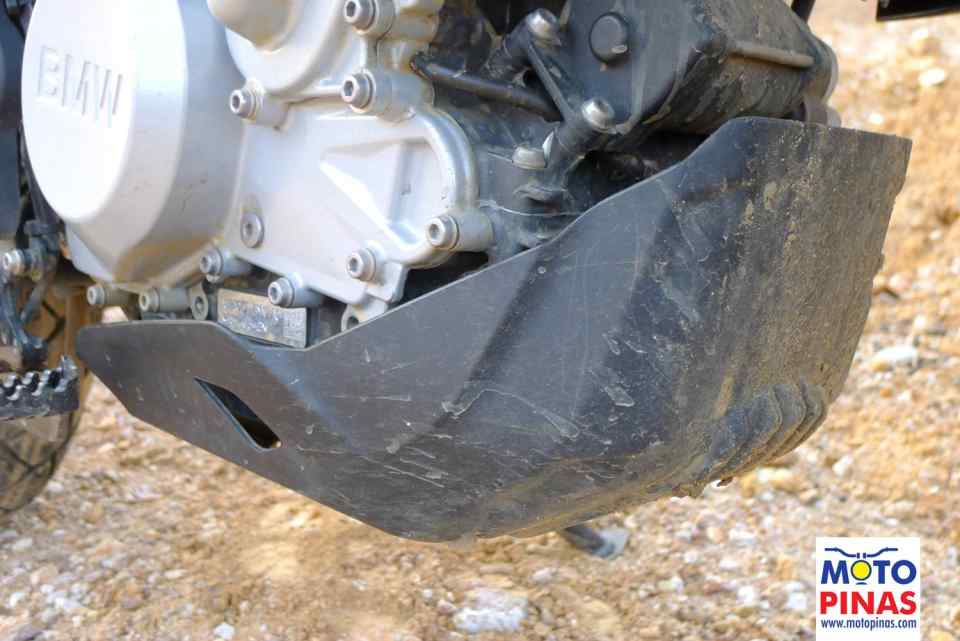 Chugging my way on some uphill muddy terrain, I found that the engine’s tuning is more road-biased: it lacks the low end torque that an off-roader requires to make the bike crawl. For those that want a more trail-compatible setup, I reckon that a quick replacement of the front sprocket with less teeth could rectify this matter. 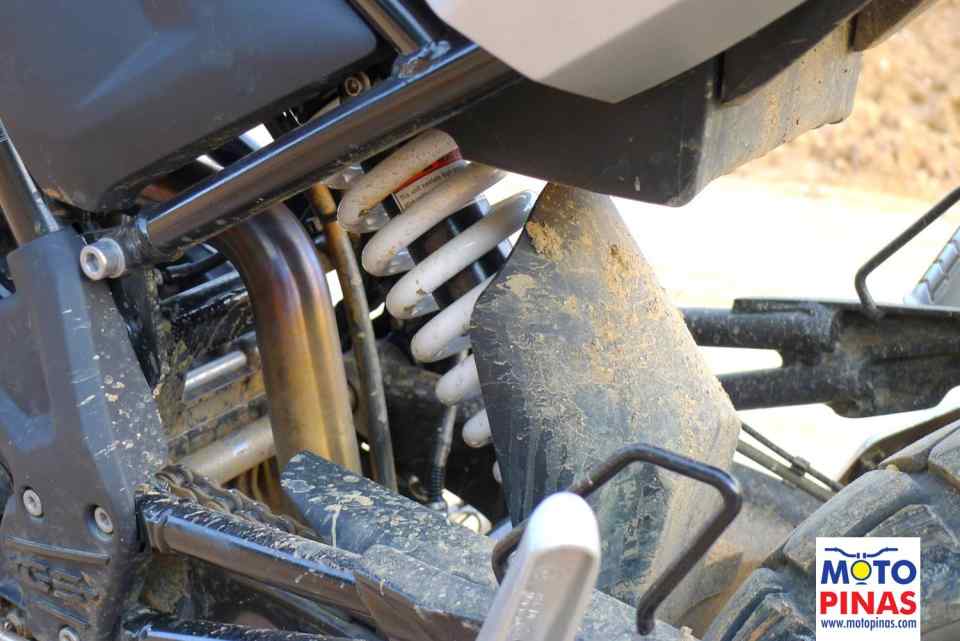 The front and rear suspension’s 180mm travel just gnaws the uneven terrain with ease, particularly the muddy yet manageable backroads leading to Mt. Maarat in Montalban Rizal. On regular roads, it's just as comfortable, particularly on the rougher ones plagued with Maynilad and DPWH road destruction and construction. Despite the soft suspension, on the winding roads of Marilaque, the G310 GS handled flawlessly, even through the tightest corners at high speeds. 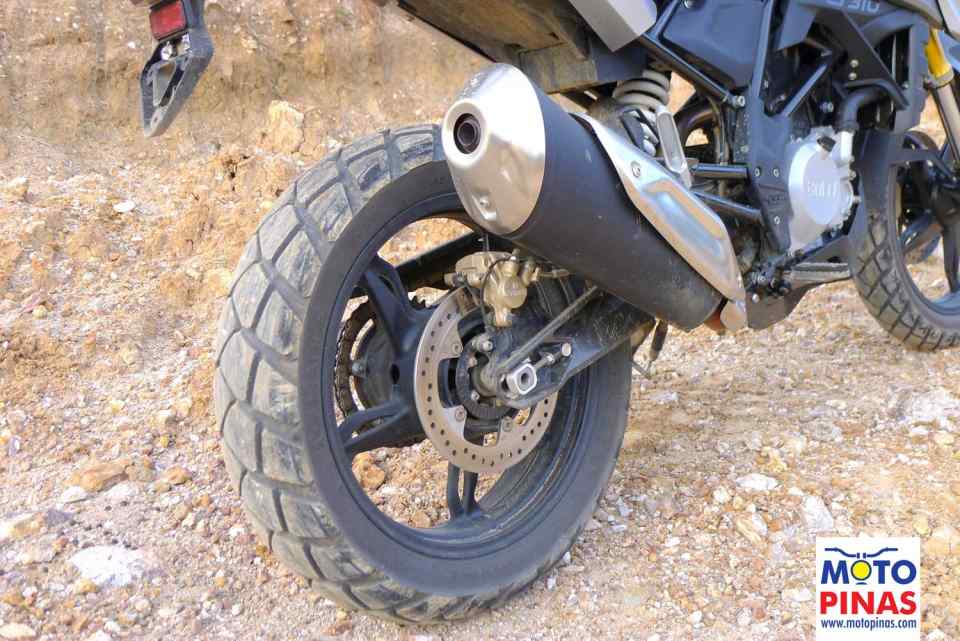 On a Sunday getaway ride, it won't be easily left behind by bigger bikes with a top speed of 145 kilometers per hour. Plus, you'll be ahead, financially, with the great fuel economy. 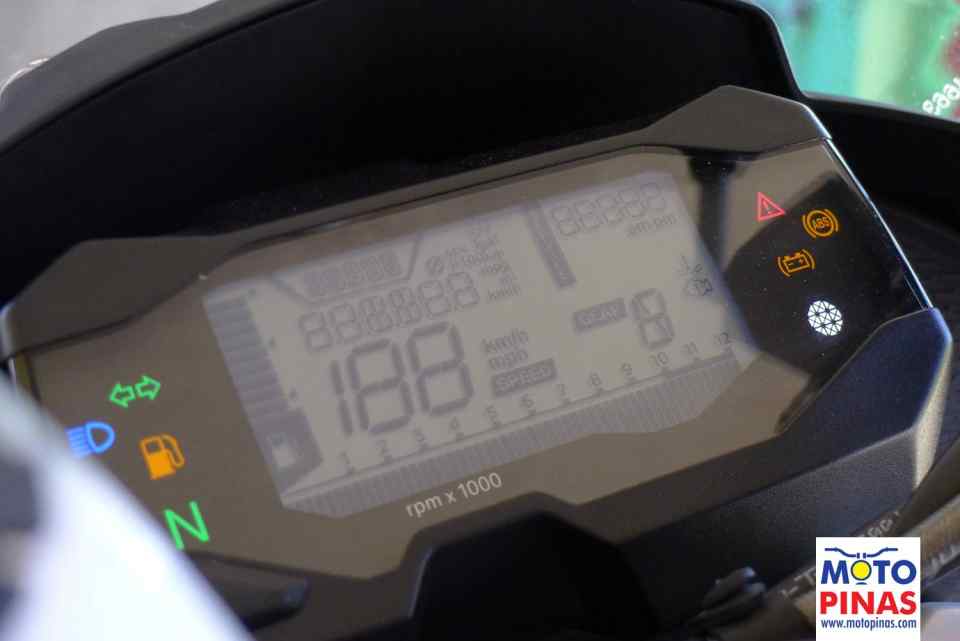 I was impressed with the G310 GS’s fuel economy. Despite being ridden on rough terrain and open roads, I was able to get a decent 29 kilometers per liter combined. 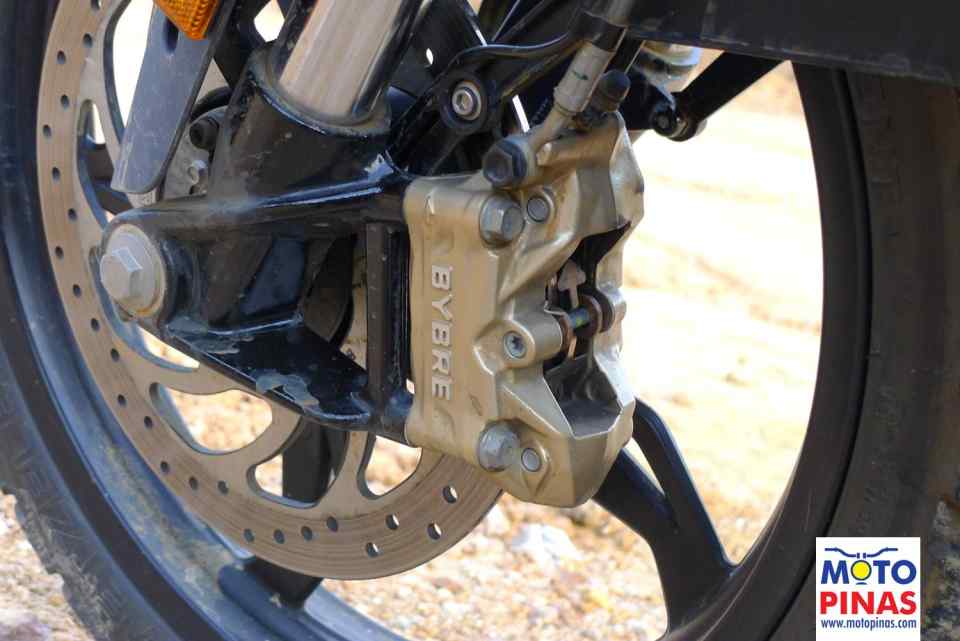 One of the basic, but often neglected parts of a motorcycle are the brakes. The BMW G310 GS has a factory installed, 4-piston caliper mated to a 300 mm rotor for the front and a single-piston caliper mated to a 240 mm rotor in the rear. These Bybre (entry-level Brembo) brakes bite flawlessly, even on situations where you wouldn’t expect them to bite. The same consistency is rare in other motorcycles. 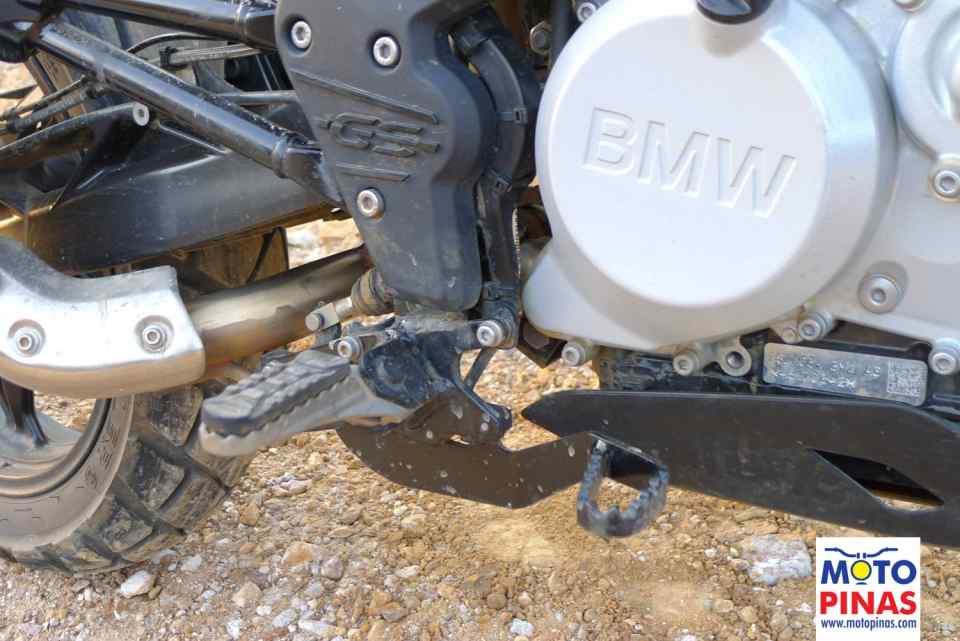 The only part of the brakes I didn't like was the biting point of the rear brake pedal. It felt quite deep whether using a regular casual shoes or off-road riding boots. It's likely some adjustment by a mechanic or aftermarket parts can rectify this, especially for stand-up enduro riding. 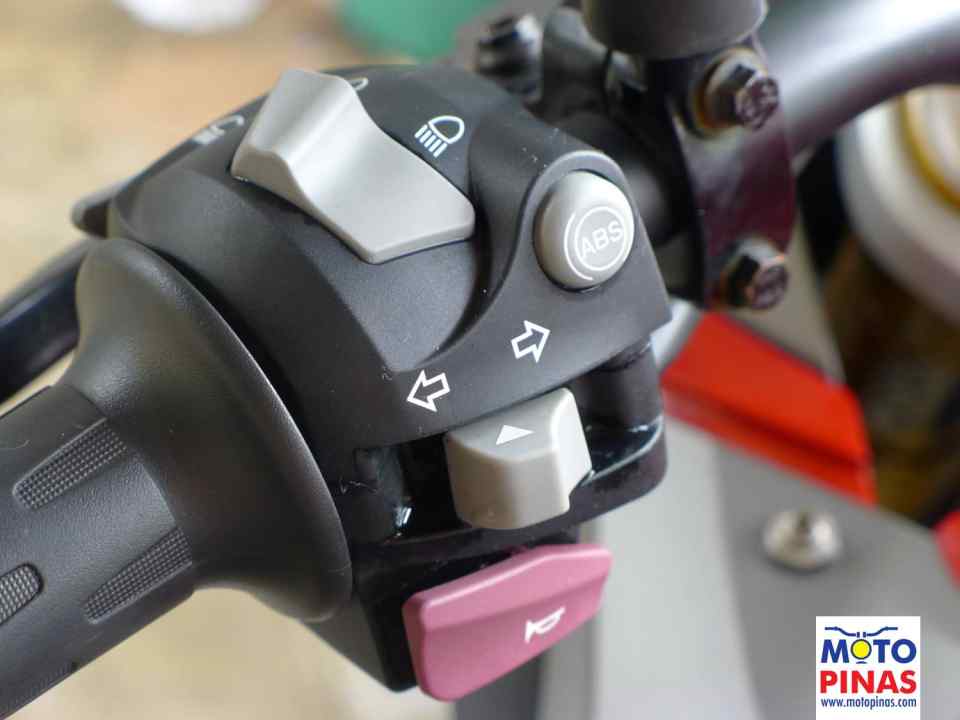 If there’s one thing I want refined on the G310 GS, it is the headlight mounting. It shakes so much and could cause dizziness when riding at night on dark roads. 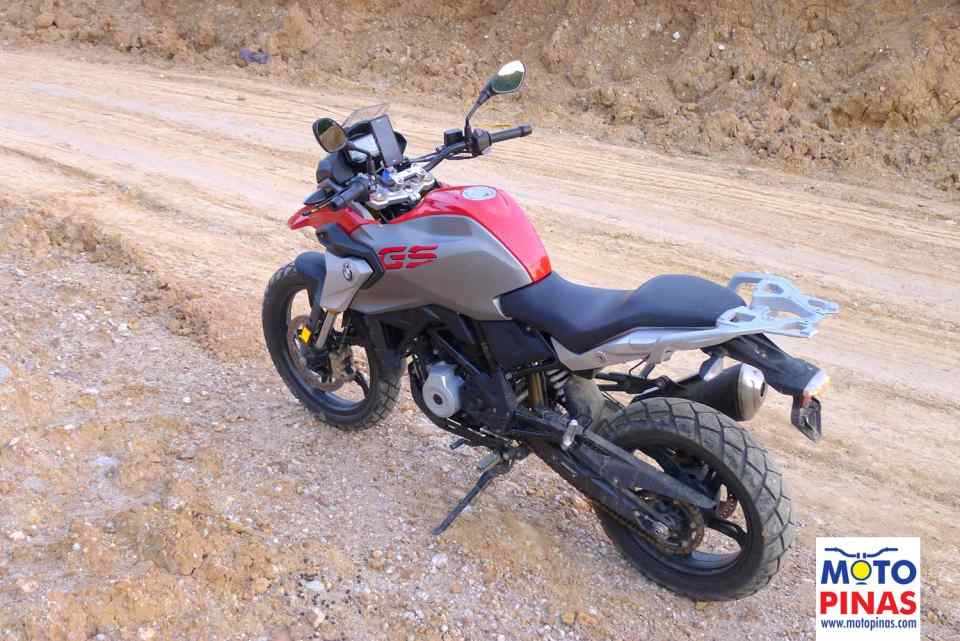 Overall, the BMW G310 GS puts up to its ‘Everyday Adventure’ slogan. It is light, powerful, has great suspension that can chew some of the most unforgiving terrain you could throw at it, and with a reasonable price tag that won’t burn your bank account. The small engine (for adventure riding) packs a punch, making it quite a capable off-roader. For those that don't like the Racing Red color, there's also one in BMW Motorsport Colors or Cosmic Black. 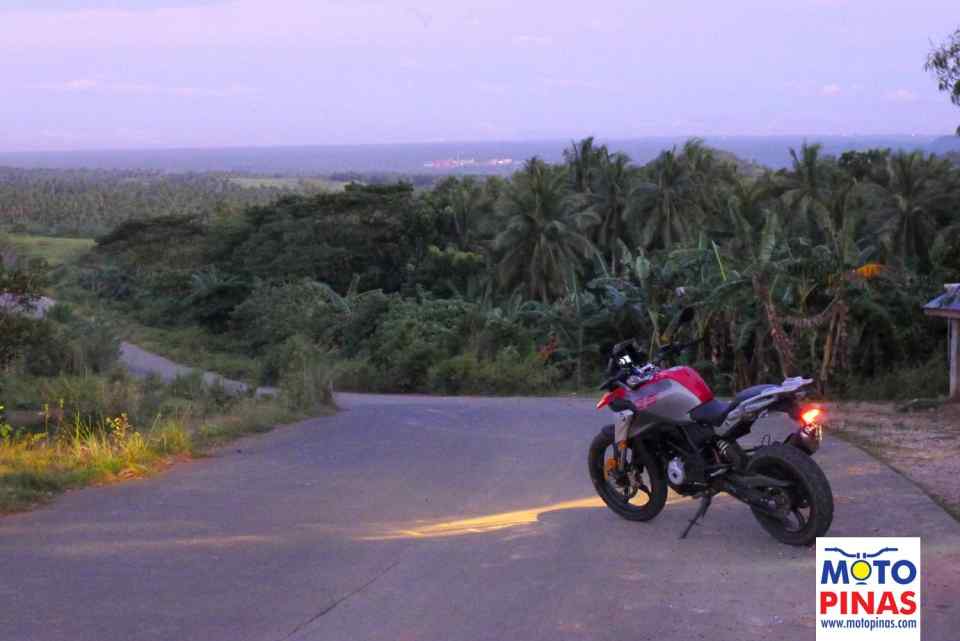 Besides being accessible, this ‘little GS’ could potentially introduce a broader audience to the joys of adventure riding. Who knows; a buyer could start out with a G310 GS, move up to a larger GS, and eventually compete in the International GS Trophy. One particular GS Trophy veteran thinks that's possible.

“Yes, some participants are hardcore and have been training and expecting to perform their best. But this is an event for EVERY RIDER of ALL SKILLS. We all know there are people participating because it is an extremely fun event. They make new friends and it helps them become better riders. So, I personally see the 310 [GS] as an opportunity to interest more riders who would previously be intimidated by the massive and large ADV bikes. I hope to see younger people and more women! It’s not cheating. It’s an opportunity,” said Dimitrios Tournas, USA GS Trophy participant.

We test ride the Yamaha Sight 115 FI to see for ourselves if it is indeed the most efficient motorcycle on sale. We test ride one of the newest entries in the market, the highway-legal Bristol Classic 400i.