Royal Enfield is typically known for its low-priced, mid-sized cruisers, such as the Classic 500 and Bullet 500. Yet it is hoping to venture out of that niche and into the popular adventure-touring market. 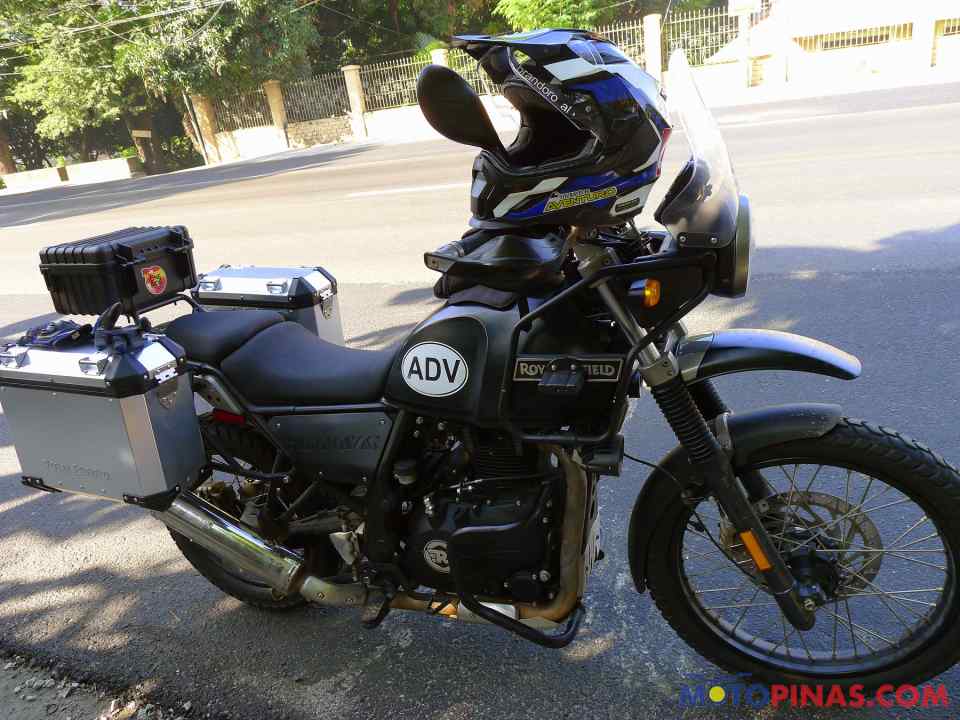 The adventure bike segment is typically populated with armored up bikes with the latest in riding tech, and horsepower numbers that would shame some sport bikes. As a result, the bikes are usually too tall, too fast, and too expensive for the beginner rider. Those on a budget can head for the dirt-focused dual-sport that isn’t comfortable on the street or over long distances. 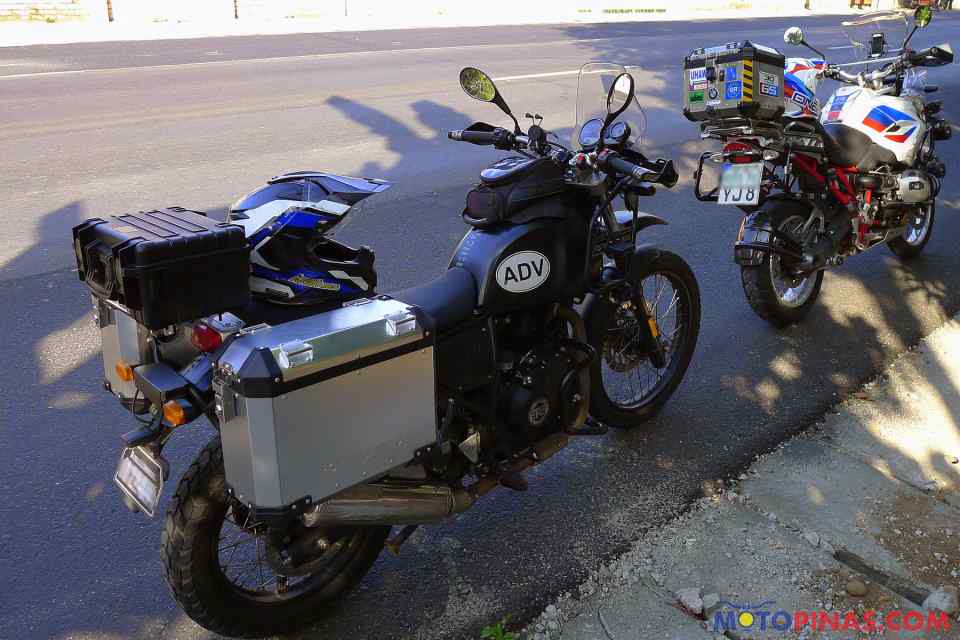 I was fortunate enough to try it a few times albeit briefly; first in early January in Clark, care of my good friend Capt. Timola; another occasion on a trail in General Nakar in Quezon; and most recently just a few months ago, care of my friend Cheggy Medina, who lent me his personal and trusty Himalayan for the annual Ilocos Sur Invitational Ride hosted by the Government and the people of Ilocos Sur. It was the perfect opportunity for me to re-examine this relatively new bike from our friends at Royal Enfield Pilipinas and I must say, I’m pretty impressed this time around. 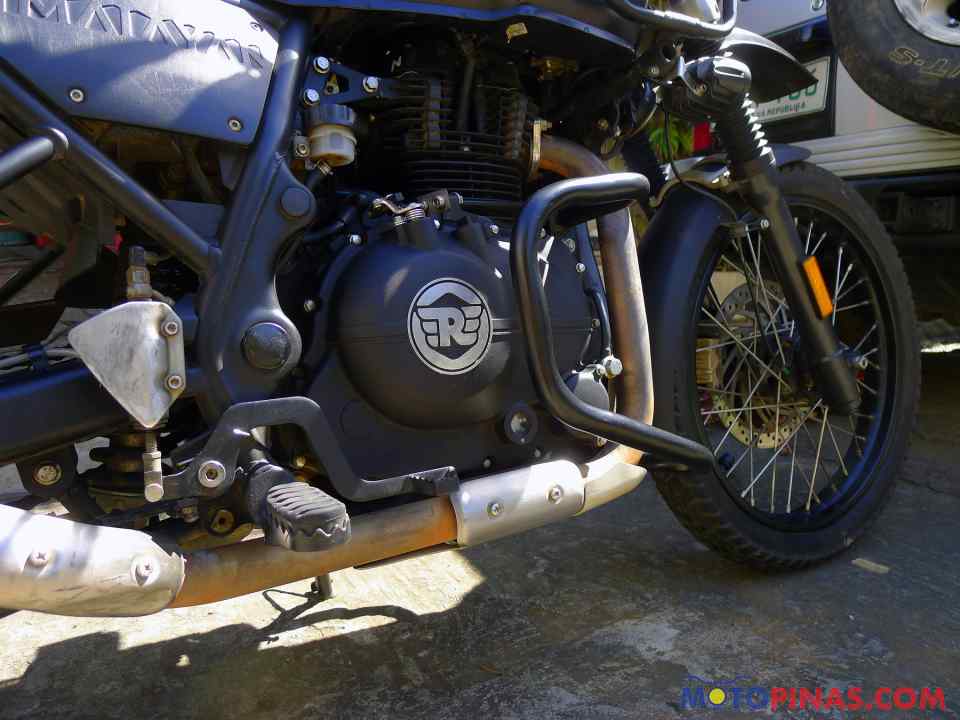 The Royal Enfield Himalayan is powered by a 411cc, oil and air-cooled single cylinder engine with an output of 24.8-PS and 32-Nm of torque. The power is passed on to a 5-speed transmission with a top speed of about 140 kph. As with all Royal Enfields, speed is really not one of its highpoints. I felt that the engine’s sweet spot is when cruising around 110-120 kph on the expressway. The fuel tank can be topped up with 15 liters of gasoline and the bike burns petrol at about 25 kilometers per liter at cruising speed. 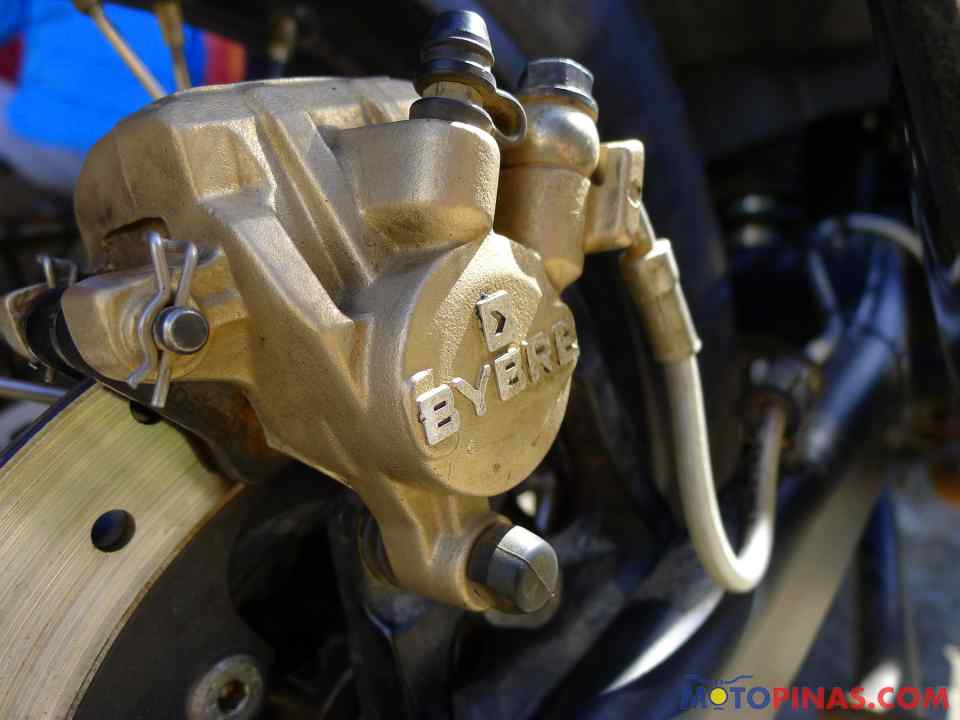 The bike’s 17-inch rear and 21-inch front wheels are just the right combination for some off-road action which is then coupled with Bybre brake calipers. This Himalayan also came in with carburetor as standard, making it a lot easier to maintain especially if you’re in the middle of nowhere. The bike is heavy for its size but upon closer inspection, about 95% of the bike and its components are made of metal; assuring its rider that he’s on a bike that is quite literally “made like a gun” – Royal Enfield’s slogan referring to their robust build quality. Royal Enfield Pilipinas also made a few modifications to lighten the clutch and some minor details of the bike to suit the Filipino rider’s requirements. 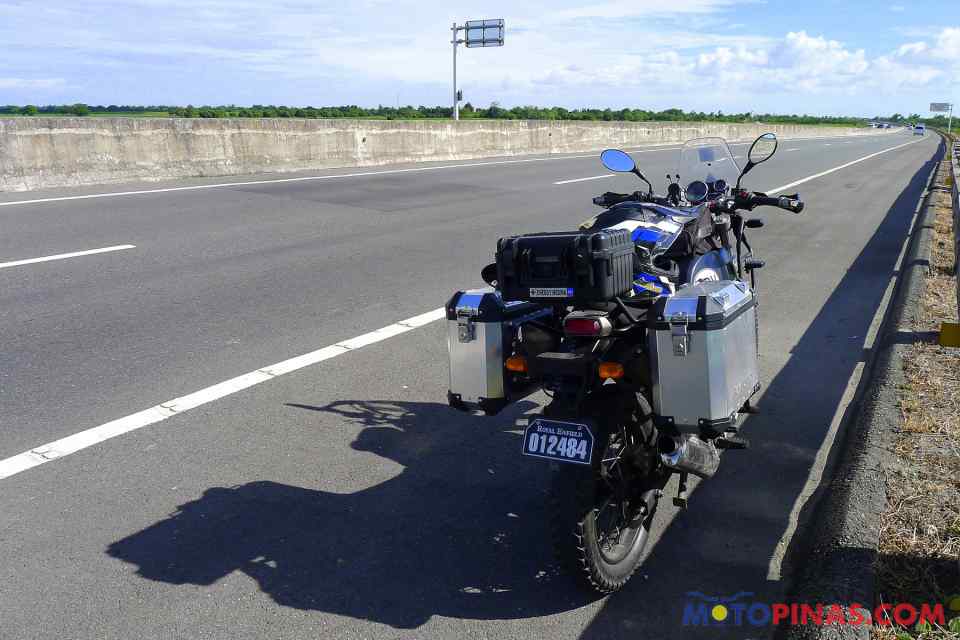 According to Cheggy, his Himalayan came out of the showroom with aluminum panniers and crash guards as optional add-ons. There are no optional electronic riding aids like those found on bigger adventure bikes and that’s the beauty of it. The rider has total control of the bike just like the old days.

In my opinion, the Royal Enfield Himalayan can still be used to enjoy the road-less-travelled where bigger adventure bikes play. It is not that fast, but it will surely just thump its way to the destination with loads of low-end torque. 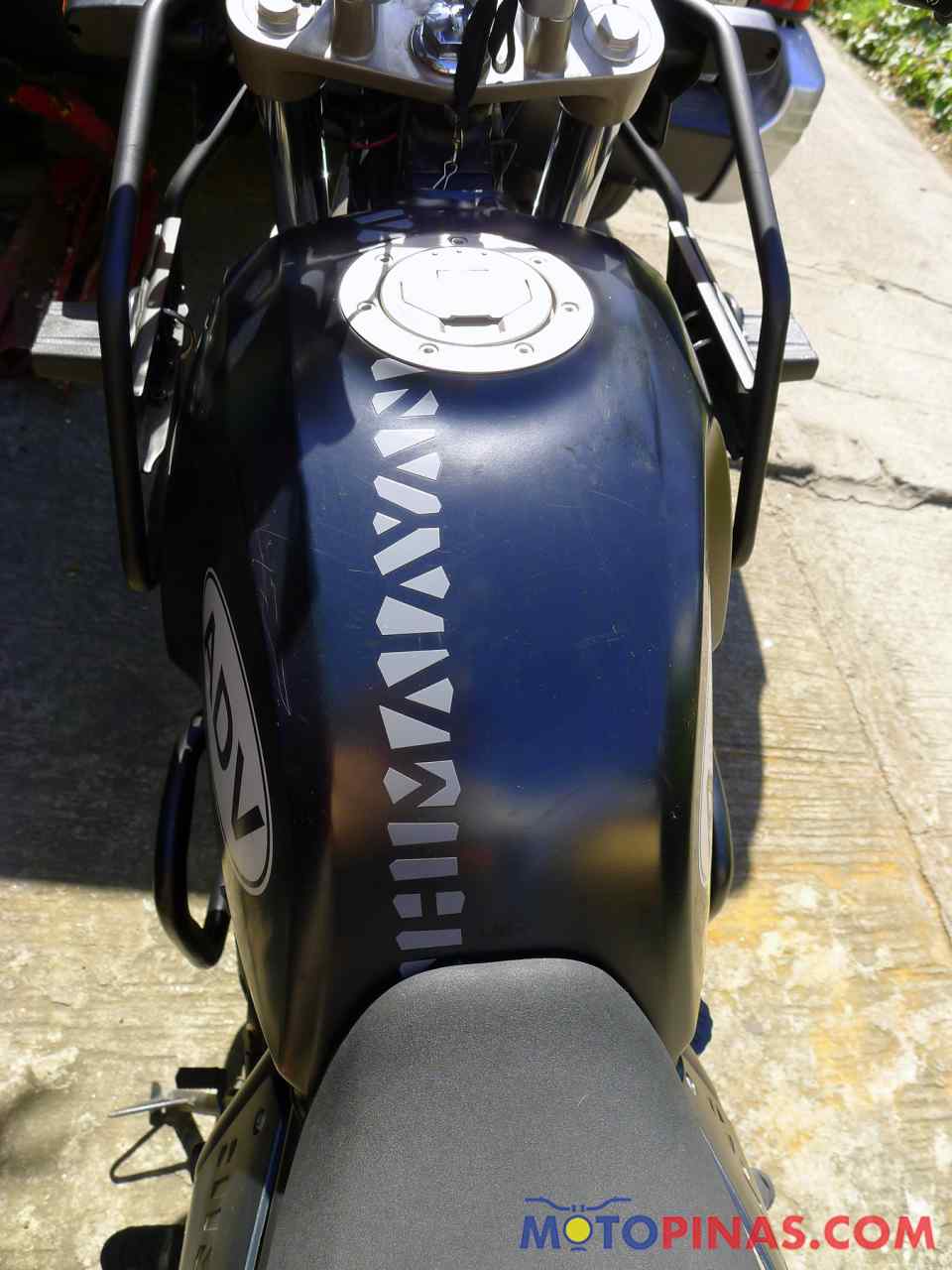 Riding the Himalayan to Vigan and back made me realize that this is a capable adventure bike at a much lower fuel and maintenance cost. 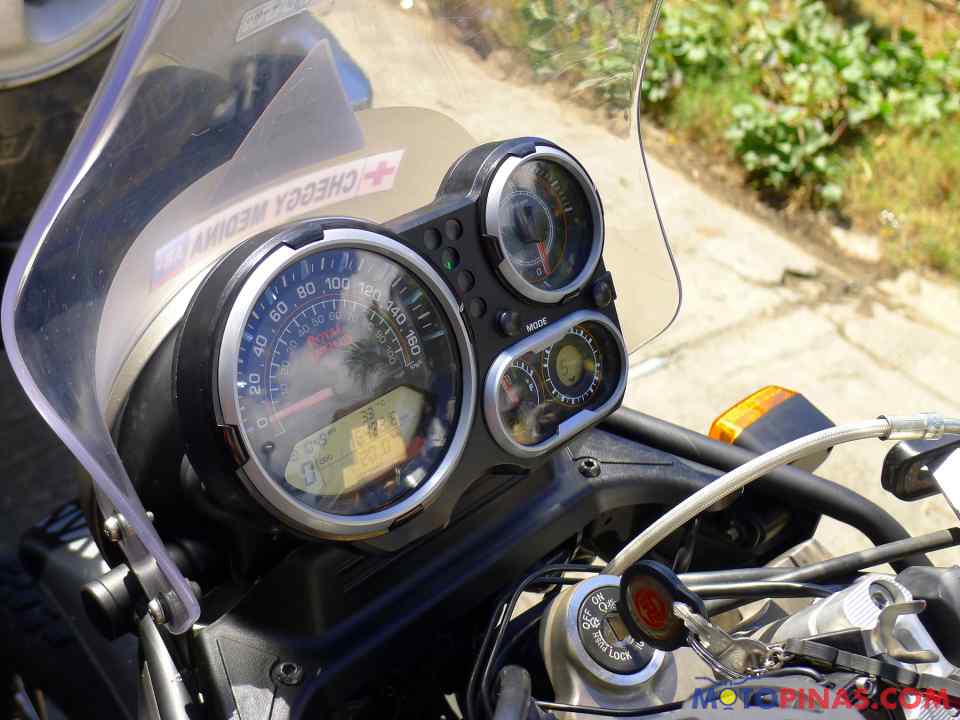 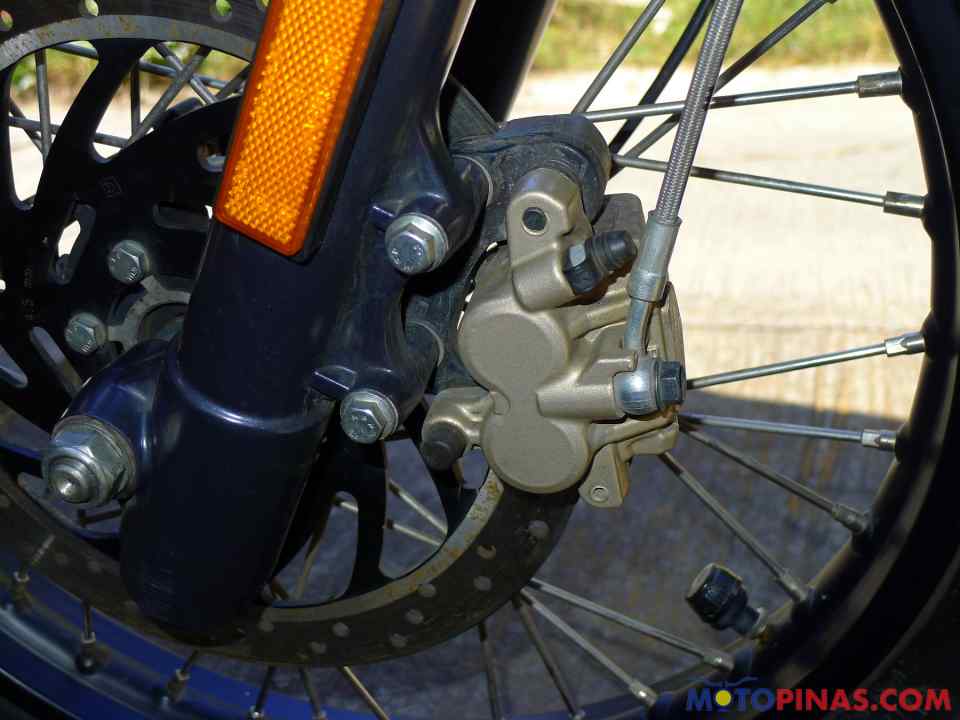 We wish to thank Royal Enfield Pilipinas’ Jimmy Barinaga for the support and, of course, to our good friend Cheggy Medina for giving us the great opportunity to ride the Royal Enfield Himalayan.

Is the Raider worth going against the grain in the era of AT scooters? We review it We try out Ducati's Supersport S and see if it is a sport bike you can ride every day.