Cruisers possess a magnetism of their own — an unparalleled heritage that stretches back to some of the oldest, most recognizable pre-war silhouettes of early motorcycle history. While there’s an inherent independence associated with bikers, cruisers still manage to exude a unique toughness — one that brings leather clad rebels, rowdy clubs, and endless interstate highways to mind. The Yamaha Bolt taps into that lifeline.

The Americans monopolized big V-twin custom culture for generations and Japan wanted a slice of the pie... Then Yamaha released the first Japanese air-cooled V-twin cruiser, the 1981 Virago 750. In the ‘90s, Yamaha branded their line of cruisers for the American market under “Star” — dropping the name in 2016. Today, Yamaha continues to take inspiration from Americana, as seen on the XV950 Bolt (formerly the “Star Bolt”)... Which must be the Japanese-engineered response to the Harley-Davidson Sportster, with all the refinements that entails. 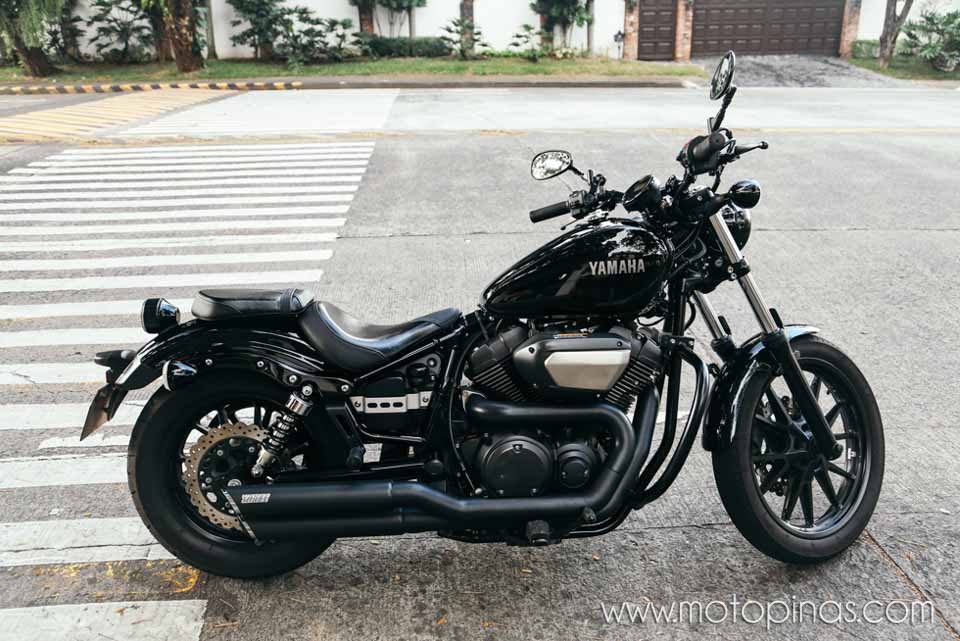 Like the Harley-Davidson Sportster Iron 883, the Yamaha Bolt carries a youthful mindset and relaxed masculinity with its low-slung bobber design and ‘murdered out’ components. The nakedness invites easy customizability right off the bat, making the Bolt conducive to self expression. Punctuated by silver accents, I found myself very much attracted to the stock aesthetics of the black motorcycle, save for the maybe the peskily angular and plasticky air box. Some may not dig the round rear light, but I liked it.

My friend Martin Cruz had just sold his super bike. After also having previously owned a standard roadster and an adventurous dual-sport, he figured it was time to try out the cruiser format. He bought the Yamaha Bolt some time last year and, lucky for me, convinced me to try it out. Ignition is under the front right side of the tank (often positioned similarly on other cruisers), and the standard handlebars are nice and wide with not a lot of pullback. In fact, they’d feel right at home on a dual-sport like a scrambler or tracker — and they afford ease when steering. 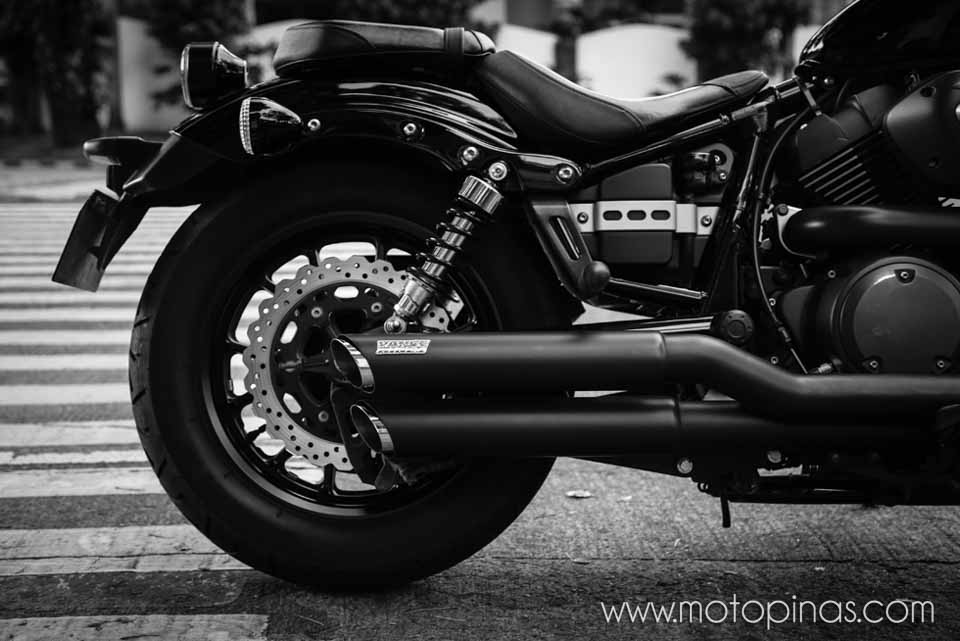 The mid-mount foot pegs provide a forward leg position nowhere near full, boss level extension; they work as a great first step for converts to cruiser riding. The circular LCD instrument panel gives a digital readout and includes a speedometer, clock, and tripmeters. I found it tough to read in certain lighting conditions. Although it doesn’t feature a fuel gauge, a warning light comes on when you’re running low.

In the compact tubular steel, double cradle frame lies the 942 cc 60° V-Twin, air-cooled and also acting as a stressed member. The engine comes off the longer V Star 950 cruiser for touring. Tuned for low end power, the Bolt is rated to make 52 PS at 5,500 rpm and 79.5 Nm of torque at 3,000 rpm. The bike gets a constant mesh, 5-speed transmission and belt drive. Suspension is taken care of by 41mm telescopic front forks and adjustable dual shocks. The only modification my friend Martin made to his Yamaha Bolt was replace the exhaust with a system by Vance & Hines, which opened up the V-twin’s wrathful roar and audibly heralded its presence from quite a way’s away. 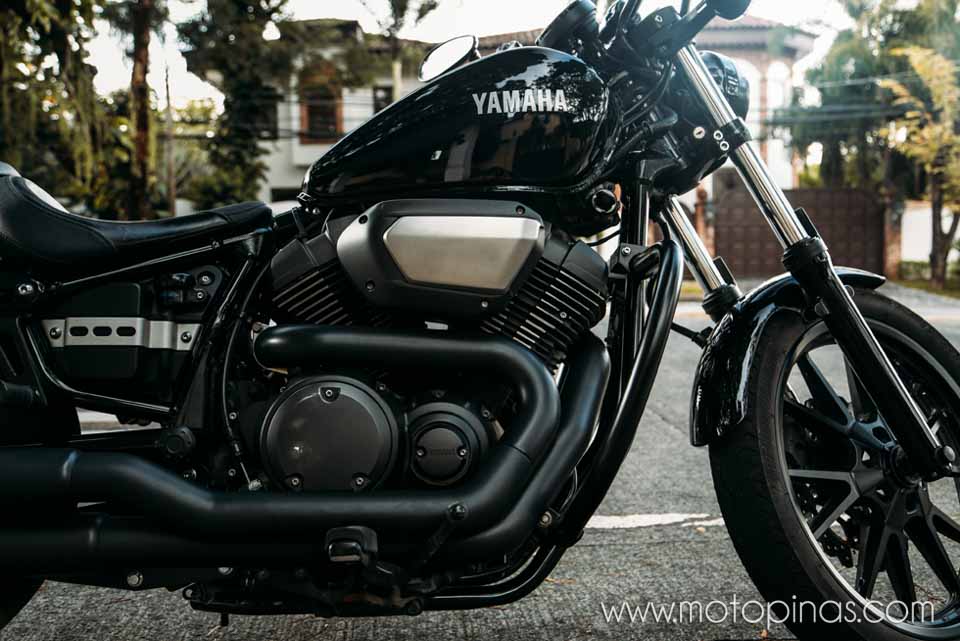 Riding the Yamaha Bolt is a hoot, especially for someone like me who’s inexperienced with cruisers. At 942 cc, it is a liter bike that feels and handles like a big middleweight. There’s heaviness there, but the bike is even lighter than the 883 cc Sportster… Getting to know a cruiser for the first time is wonderfully manageable on the Bolt. With no traction control or ABS, Yamaha retains some of that old school purity valued by the retro custom crowd but with unmistakable, constantly modernized Japanese engineering. The bike on idle lacks the intimidating shudder as seen on the Harley, and the Yamaha’s vibration-absorbing smoothness carries over throughout the whole ride. The initial, torquey launch of the V-twin is still mischievously fun; first gear ends in no time at all and second gear (best gear) pulls with exhilarating purpose. 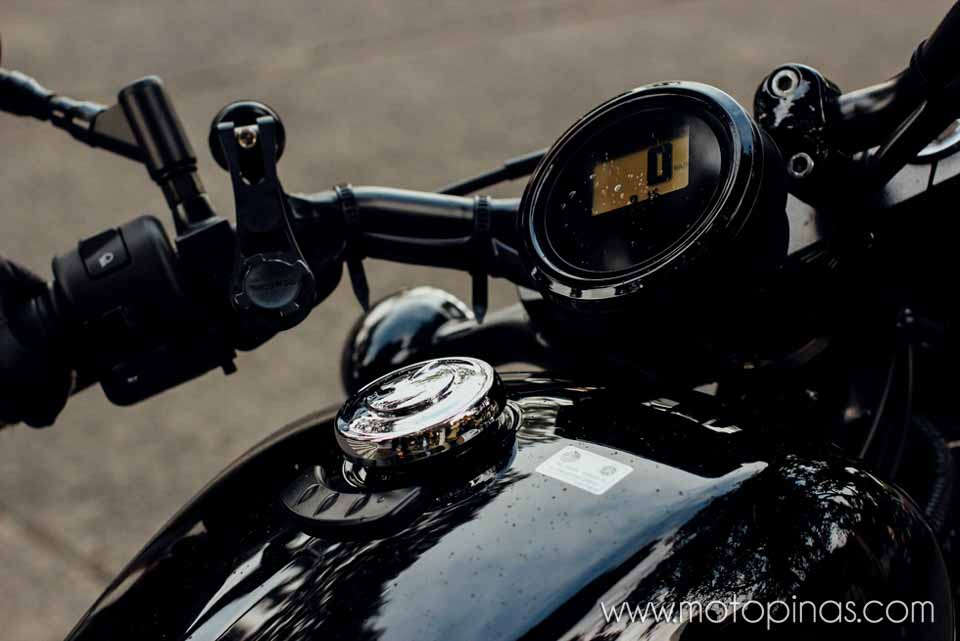 The compact wheelbase and low seat height of just 690 mm makes the Yamaha Bolt ideal for shorter riders, but taller folks will benefit too. Its saddle was incredibly comfortable. Humps were not an issue at all attacked head on, thanks to a sufficient ground clearance at 130 mm — which also helped with leaning into curves. I found that the suspension worked wonderfully gliding over our less than desirable roads, but I’m tiny and light; the heavier set may experience some bottoming out.

Bobbers have been around since the ‘30s as hotrodded sporting cruisers, and the Bolt is an effective testament — stripped down, zealous at short sprints, and using good geometry for maneuverability. Cruiser purists will argue that buying the Harley will give you the heritage, community, intimidation factor, and street cred the Yamaha lacks. If you don't think the Bolt is sexy enough, remember that you can modify and make it your own; Yamaha encourages it. 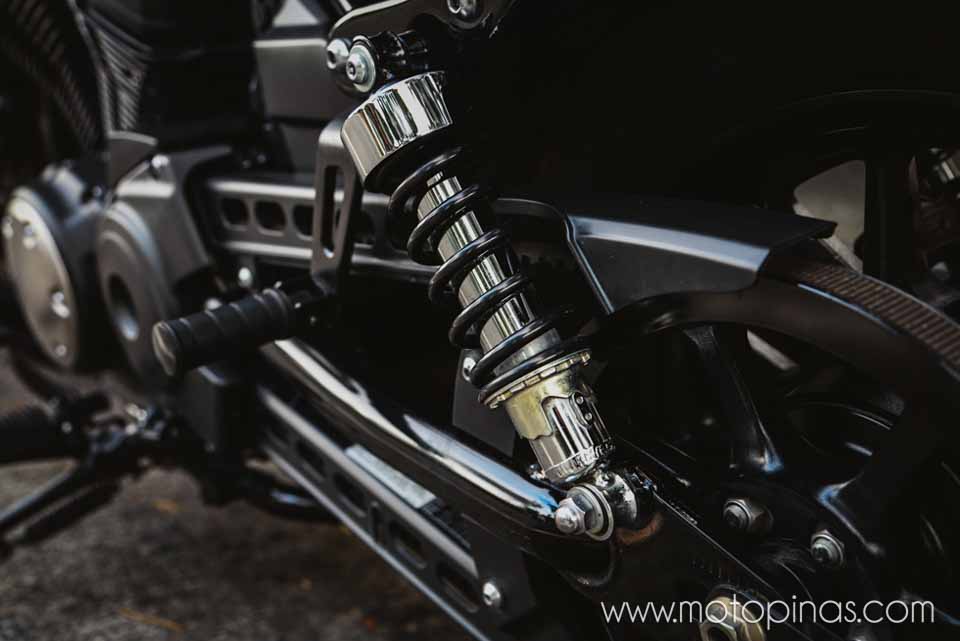 The Bolt replaces raw, quirky soul with stability, reliability, and refinement… A typical Japanese performance philosophy that has attracted another kind of loyalty altogether through the decades.

We sample the cruiser lifestyle with the Harley-Davidson Street 750. Vintage Electric bicycles purvey nostalgia with an EV twist, out of sunny California