In spite of the plethora of new super and adventure bikes, few motorcycles draw stares quite like a café racer. Based on standard motorcycles that were modified and lightened for better performance, this type of bike was started by British motorcycle enthusiasts who made a sport of riding from café to café in the shortest time possible.

As such their styling is typically classic and minimalist, featuring low-mounted, clip-on handlebars, cowled single seats and an elongated fuel tank.

Naturally, the Royal Enfield Continental GT fits this description to a tee, offered in the showroom with all trappings of the distinctive style, save for the underslung mirrors. And unlike other classic café racers, the Enfield has been fitted with more modern conveniences to make riding easier, like an electric starter, digital fuel gauge and odometer, and fuel injection. 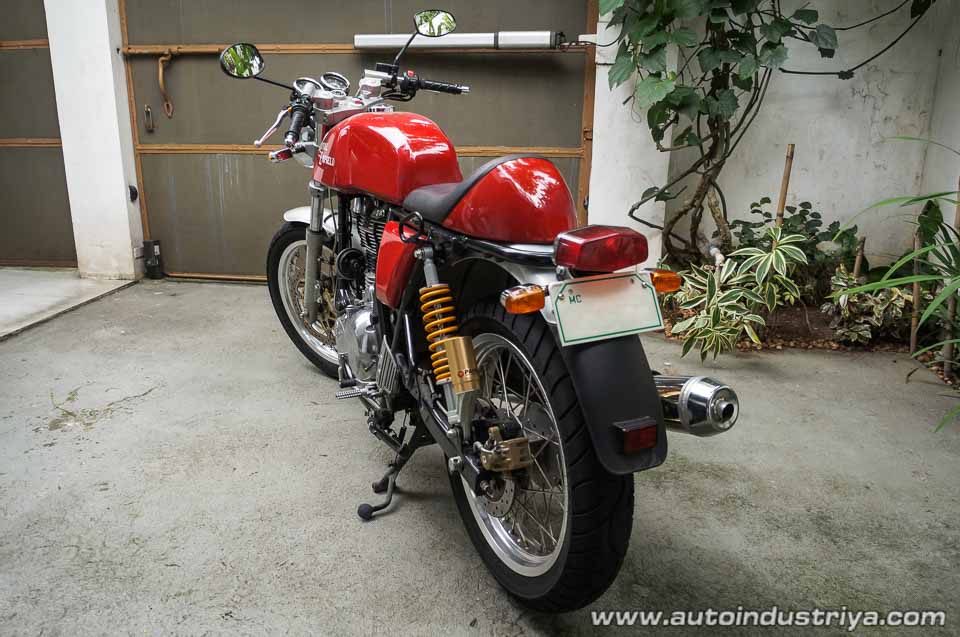 Propelling it forward is a 535-cc single cylinder engine, running through a 5-speed that’s chain driven to the rear wheel. Brembo disc brakes, both in front and behind without ABS, bring it to a quick stop. Twin shocks in front and behind take care of the bumps on the road.

In spite of the minimalism, the Enfield is quite a heavy bike, with a curb weight of 164 kg. The seat height is just about right for me (standing at 5’9”), though it may be challenging for riders of smaller stature.

Being a single cylinder, or a thumper as they call it, the GT is prone to heavy vibrations. In fact, under power, the bike vibrates so much, the side mirrors become virtually useless until you reach higher speeds. Being a 5-speed, the gear ratios are relatively long, allowing you to crawl through traffic in first gear without much throttle input. It’s not one for revving, with a redline just south of 6,000 rpm. Nonetheless, this also blesses it with more torque at the low end, allowing you to pull away with little fuss at higher gears. That torque starts to fizzle out at higher revs. It tops out at 140 km/h, making this more of a cruiser in spite of its racey looks.

While power may leave much to be desired, the handling is where the Enfield makes up for it. It’s quite stiffly sprung and can be jarring on potholed roads. That stiffness pays dividends when it comes to handling, with little dive or squat when it comes to accelerating or on the brakes. The skinny Pirelli tires also make it quite eager to lean. Thus, given some sweeping roads or a racetrack, the Enfield will gladly corner as well as most modern bikes, holding a line well thanks to the sticky Sport Demon rubber. Just don’t lean it too far as the low slung muffler on the right tends to snag. The tread pattern is also a boon in the rain, diverting water away better than most sport bike tires. 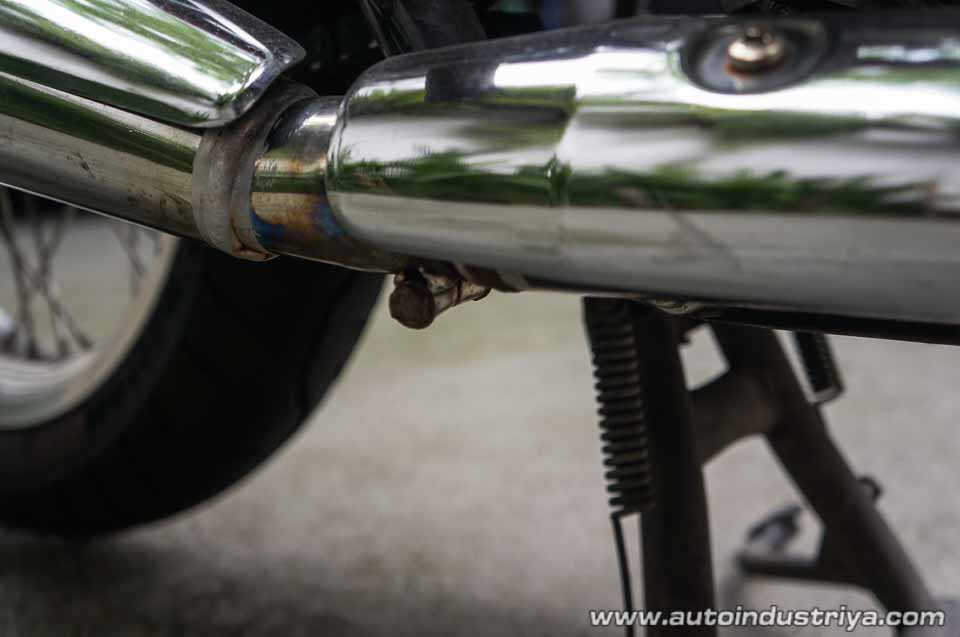 Naturally, there are some caveats. The vibration is quite heavy and can be a problem on really long rides. This can also rattle some bolts loose, necessitating frequent checks and tightening of the intake manifold and seat screws. Over time, the transmission tends to suffer from false neutrals, failing to lock on to a gear typically between 3rd and 4th gear — you need to execute more purposeful shifts to avoid this. Finally, the ride is pretty stiff, better suited to younger riders.

These caveats may discourage most from riding it on a daily basis, but it’s definitely a welcome change come weekends and fair weather. The large 13.5 liter tank and average mixed fuel consumption of 25 km/L gives it some serious range (some 300-km) over most parallel twin bikes. It’s also quite reliable, starting up easily, compatible with a wider range of fuels, and requires very little maintenance.

All told, the Continental GT is still a delightful blast from the past. The resonant chug of the engine, the heavy vibrations, and the stiff ride paint quite an accurate picture of the café racer lifestyle. The heavy weight, low top speed, and low end power band is something that needs to be learned to enjoyed. Thus, this bike would be ideal for more experienced riders — not too keen on speed, but eager to improve their riding with a more analog bike.

For those mulling over one, I recommend purchasing the underslung mirrors and retrofitting a higher-mounted exhaust to facilitate steeper leans. Otherwise, the bike is quirky, but an interesting and head-turning change of flavor. Ducati may not have invented the term, Scrambler, but our review shows its bike is setting the segment standard.