With congested roads, worsening traffic, and many infrastructure and transportation projects still under construction, it should come as no surprise that the motorcycle has risen to become the preferred mode of transport for many Filipinos. The vehicles are easy to acquire, able to squeeze through tight spaces, and return high fuel efficiency, which are often key factors for their acquisition.

With a growing motorcycle-riding population comes a growing need for proper motorcycle handling and servicing. Castrol, one of the world’s leading lubricant brands, recognizes this need and has been at the forefront of developing competent motorcycle mechanics with its annual advocacy program, Partner for Life.

Castrol Partner for Life (PFL) hopes to spread the competitive spirit amongst mechanics nationwide, as well as promote road safety and ensure that motorcycles on the road are performing at their best. It introduces mechanics to formal training in motorcycle repair and maintenance.

This year’s advocacy program has had over 4,000 participatingmechanics from all the different regions of the Philippines. Partner for Life courses were offered at 82 training centers across the Philippines where mechanics can hone their skills in areas such as Basic Electronic Fuel Injection for Scooters, Bearing and Lubrication Training (with Castrol partner Koyo Bearing), motorcycle troubleshooting, and customer service.

This program aims to help sustain businesses in this field and sharpen the skills and competencies of motorcycle mechanics, and as a result, assure continued livelihood for them.

Participants in the program are encouraged to compete for the title of Champion Mechanics in the Partner for Life competition. Each of the centers looks for the best of the best to go on to compete in the regional events. Per center, the program identifies the top performing teams in written exams and practical tests, who then compete in the troubleshooting test. The two fastest teams represent their respective regions in the National final event. Similar programs are also run in Thailand, India, Vietnam, Indonesia, and Malaysia. Winners from all these countries then participate in the Castrol Asia Pacific Bikes Super Mechanic Contest. 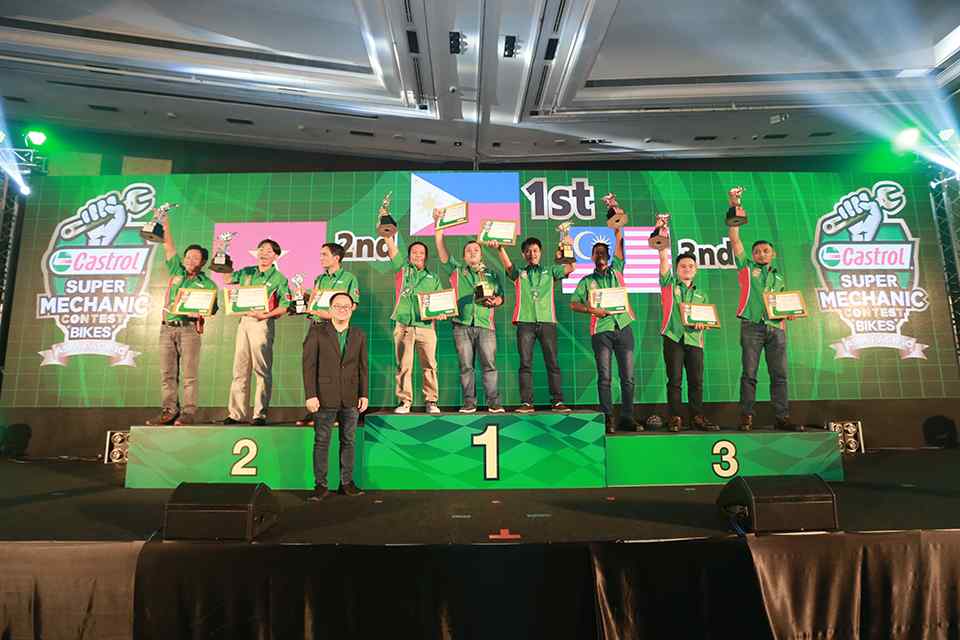 The Best in Asia Pacific

Since its evolution into a regional scale event in 2016, the Castrol Asia Pacific Bikes Super Mechanic Contest has been participated in by more than 120,000 mechanics from 6 countries - India, Indonesia, Malaysia, Philippines, Thailand and Vietnam.

The biggest event ever for two-wheeler mechanics in the region was held in Bangkok, Thailand, pitting the top 18 mechanics of the region against each other in a thrilling contest of knowledge and skill.

Competitors had to go through three stations for the coveted crown. Station 1 posed a timed theoretical Quiz, which granted the top three teams a time advantage over the other three to go straight into Station 2 - Bike Maintenance stage. After challenges on bike maintenance, involving the wheel system, brake system, transmission system and the lubricants, all teams raced against time in Station 3 to diagnose the issue and fix the faulty parts of a Yamaha Fino scooter. Team Philippines was the first team that successfully started up their motorcycle and took home the trophy.

Team Philippines formed by Julius Maranga, Georekey Cantabaco, and Gabriel Hidalgo Jr., was crowned the Regional Champion of the Castrol Asia Pacific Bikes Super Mechanic Contest 2018 after their outstanding performance at the grand finale. Team Vietnam and team Malaysia were announced as the Runner-up and the Second Runner-up respectively.

Maranga, Cantabaco,  and Hidalgo, together with business owner, John Ceniza, began their Partner for Life journey in 2015, determined to improve their skills as motorcycle mechanics and to help the motorcycle business to succeed. The team was ‘third time lucky’; taking home the title of Philippine Champion Mechanics through the skills and teamwork they have developed over time.

“It is our great honour to be the eventual winners and name the Philippines on the first stage. Thank you Castrol for the Castrol Asia Pacific Bikes Super Mechanic Contest, through which not only three of us but all the mechanics participating had a chance to be updated practical knowledges and also recognized,” said the champion team. 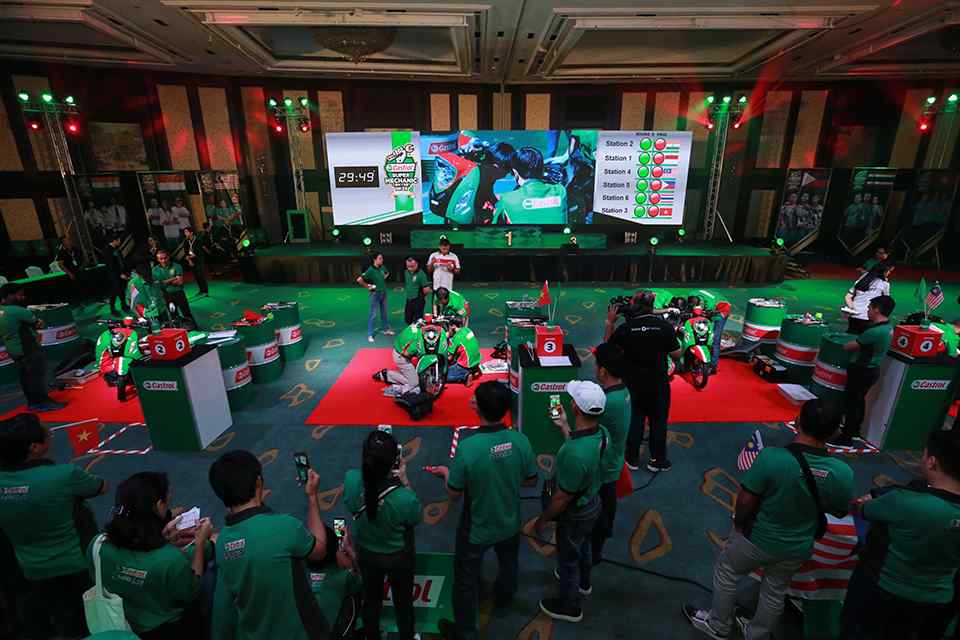 In need of new champions

The story doesn’t end there. Castrol Philippines, in celebration of its fifth year of the Partner for Life Program is keen to defend its title in the upcoming year’s Asia Pacific Grand Finale.

The culminating activity, which will hail the next batch of PFL national champions, is now open to the public where mechanics from across the country can participate and enjoy in the day activities – a very first in Castrol’s PFL history.

The National Final event will happen on November 24, Saturday, at the Trinoma Activity Center in Quezon City.

“Every year, we make sure that we are able to cast a wider net and reach a great amount of mechanics across the country who we train and recognize for their skills and performance. Our Partner for Life Programme has continually given us the opportunity to enable our fellow Filipino mechanics with the proper skillset and knowledge to be the best that they can be for their customers,” said Maria Tañada, Country Sales Director, Castrol Philippines.

An evolution of previous finales, this year features a highly technical competition, with segments like a Q&A, quick maintenance round, and troubleshooting round. The winners will be given the title of “2018 Castrol Super Mechanics,” and will represent the Philippines for the 2019 Castrol Asia Pacific Mechanic Contest. All participating mechanics on the other hand, can expect to achieve greater skill and training on motorcycles, which they can apply into their own practice.

Interested mechanics who will not be competing during the National Finals are highly encouraged to join the day event where they can witness the advocacy program in person. Here, they can expect to learn more about the opportunities of the advocacy program and sign up for Partner for Life 2019.

Since its kick-off in March, the 2018 Partner for Life advocacy program has been able to engage Filipino motorbike mechanics and develop their skills, knowledge, and expertise around two-wheeler mechanics. With some miles piling on in our bikes, we see if Pertua's Powertec blended oil can give them a new lease on life.